Lost in the Landscape 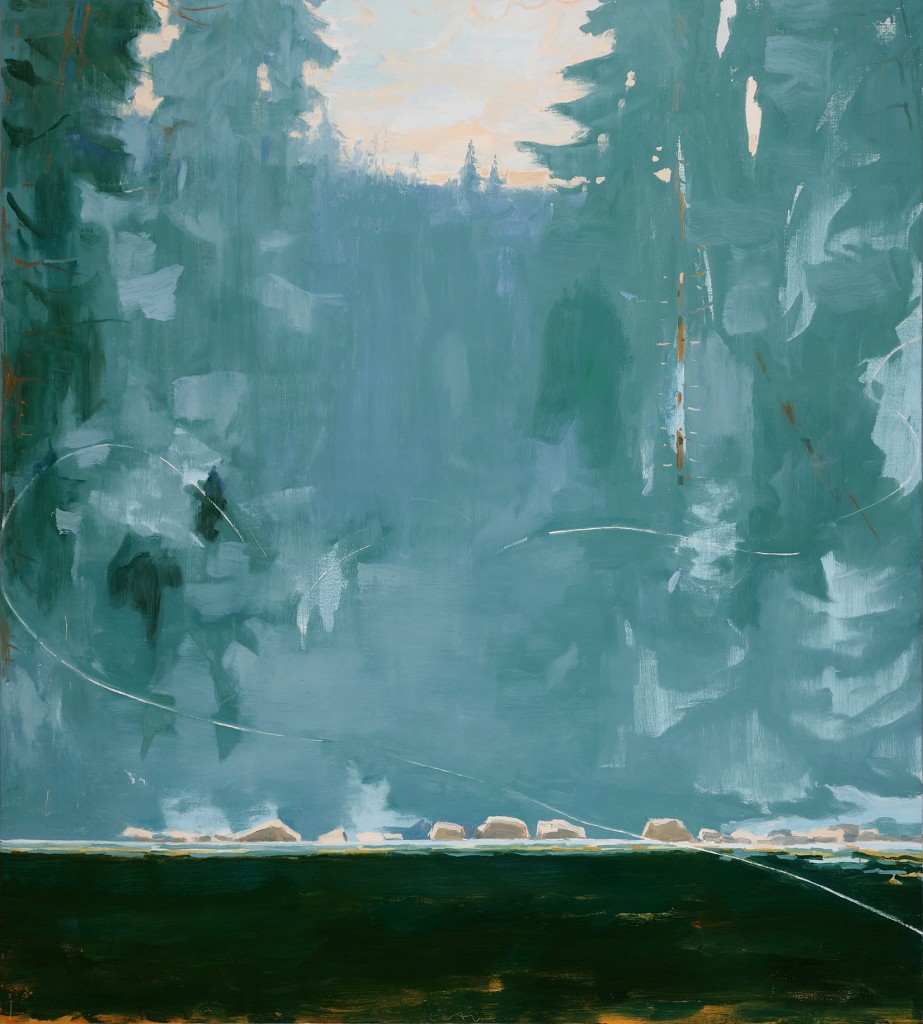 MERGING WITH NATURE “I live in rural Vermont—in a village of 400 people in the foothills of the Green Mountains and the Connecticut River valley. My relationship to nature has formed and deepened over the years. I felt, at first, I was making pictures of it. And I think I made good paintings, but I also felt a little bit separate from nature. What I really wanted was a kind of a fusion; an inseparability between myself and the landscape I was painting.”

CHAOS AND ORDER “I like nothing more than going out in the middle of a blizzard for a hike. I love that feeling of absorption and overwhelm that a moment like that can offer. The natural world has both an order and a chaos to it. I often try to fill the paintings with that feeling as well.”

THE VALUE OF GETTING LOST “I don’t want to make a picture of a scene. But, at the same time, I don’t want the haphazardness of just a bunch of paint up there. I don’t want to answer any questions; I just want to create them. I give you enough details—you’re standing in front of the trees and a river—but then you’re left up to your own devices. I would hope you’d feel lost for a while. When you give yourself over to something unknown and mysterious, you come out of that experience, hopefully, with some new understanding of yourself.”