Crested Butte Music Festival’s Gypsy Jazz series celebrates one of the most passionate, exhilarating up-tempo styles of jazz today. Steeped in musical tradition, Gypsy Jazz has a history as engaging as the music itself. Guitar virtuoso Frank Vignola returns to the Festival and will be joined by some of today’s leading gypsy jazz musicians for the series, taking place August 11-20 at the new Mt. Crested Butte Mirror Palace venue nestled at the base of Mt. Crested Butte. 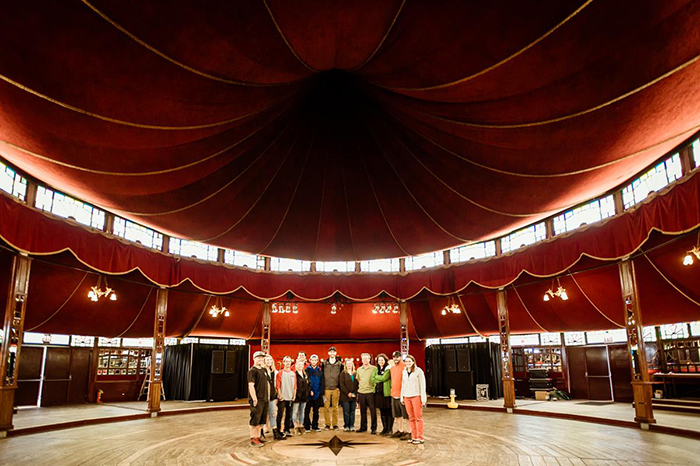 Known as one of today’s most virtuosic guitarists, Frank Vignola (pictured above) has worked as a sideman for artists like Leon Redbone and Madonna, and led his Hot Club of France tribute band in New York City in the late 1980s. His virtuosity has made him the guitarist-of-choice for many musicians, including Ringo Starr, Donald Fagen, Wynton Marsalis, and others. Vignola counts Reinhardt as one of his biggest musical inspirations.

“Jazz and Blues are America's greatest contribution to the arts. So much so that when Django Reinhardt and French jazz violinist Stephane Grappelli heard the music on radio and record in the mid 1930's, they absorbed the new American style into their own playing. Raised on traditional French music, their influence on American Jazz and Blues was huge, as well creating a genre of music that has become hugely popular here in the States,” Vignola says of Reinhardt’s influences.

Gypsy Jazz continues to grow, incorporating influences from around the globe, making it one of the freshest and most vibrant music genres on the scene today. The Crested Butte Music Festival began presenting Gypsy Jazz in 2011 with just three days dedicated to the genre. For the 20th Festival Anniversary this summer, they’ve expanded the programming to include seven dates highlighting Gypsy Jazz with artists such as Vignola himself, Vinny Raniolo, Olli Soikkeli, Ben Powell, Brian Netzley, Leah Zeger Quartet, Valinor Quartet, Kruno Spisic, and Julien Labro and Nicki Parrott.

In addition to the concert series, Vignola has also started an adult guitar camp where participants will learn Gypsy Jazz techniques straight from the master. Last year’s camp was so successful, the Festival has doubled the length of the camp from three days to six.

To learn more about the Gypsy Jazz series at the Crested Butte Music Festival, check out their website or find the lineup below: