With the Western Design Conference Exhibit + Sale celebrating its silver anniversary, the executive director curates beauty with tradition and creativity

More than a decade after Allison Merritt moved to Jackson Hole from New York City, and four years after she acquired the Western Design Conference, held annually in the Wyoming mountain town, the prestigious Western Design Conference Exhibit + Sale is celebrating its 25th anniversary. But rather than resting on the show’s laurels—130 artists in various media compete for nearly $20,000 in design awards before thousands of collectors—Merritt keeps looking forward.

“One of our longtime exhibitors, bead artist Supaya Gray Wolfe, wants my 7-year-old twin daughters to keep the show in the family,” Merritt says, pointing out that the girls have walked the runway and stuffed event bags in years past. “They already have the bug.” 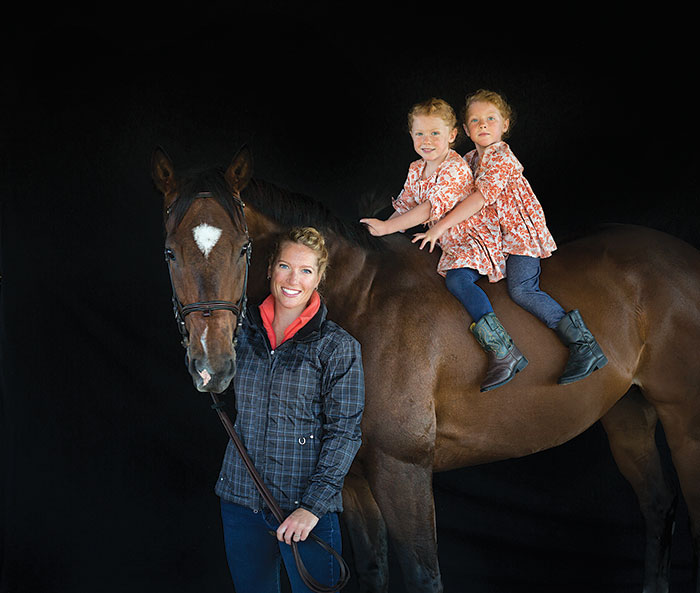 Allison, Hadley and Lincoln Merritt pose with their horse Harley during a horse show in Montana. [Photo by Jeffrey Lendrum]

A mother of three—son Asher was born this spring—Merritt grew up in a family of artists. Her grandfather was a photographer, her mother an interior designer, and her brother builds timber-frame homes. Appreciating and curating beauty comes naturally to her. 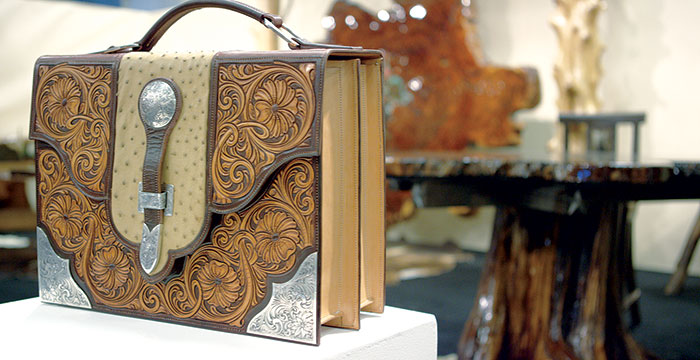 A custom-tooled briefcase with silver detailing is by Matt Litz Jewelry. [Photo by Jeffrey Lendrum]

The Western Design Conference has long been a mainstay of Jackson’s Fall Arts Festival, bringing together craftspeople in leather, metal and wood; interior and fashion designers; architects; and collectors who share a love of the West’s rich heritage of historical American craft. “This is a juried show that honors tradition and encourages fresh perspectives and creativity,” Merritt says. 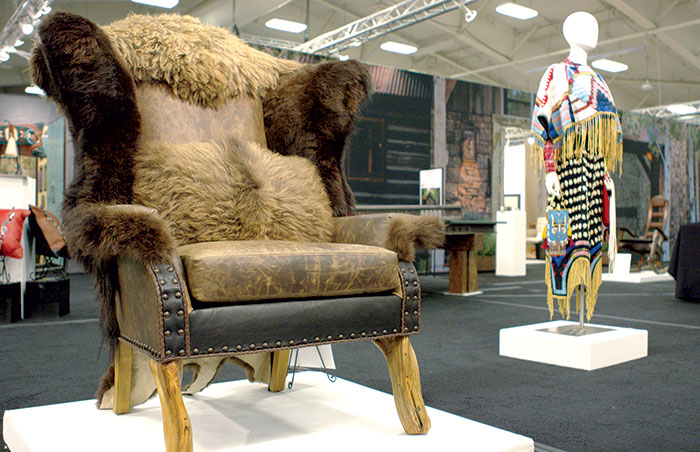 Each year, 100 juried artists bring the best in design to thousands of collectors in attendance. Set against the backdrop of the WDC Exhibit + Sale, this wingback bison chair is by Buffalo Collection. The beaded-and-fringed dress is by Jamie and Sandra Okuma. [Photo courtesy of Western Design Conference]

Explaining that the Western Design Conference takes no commissions on sales—visitors buy one-of-a-kind creations, ranging in style from cowboy to contemporary, directly from the artists—Merritt says the event reinforces her belief that people, art and nature go hand in hand. 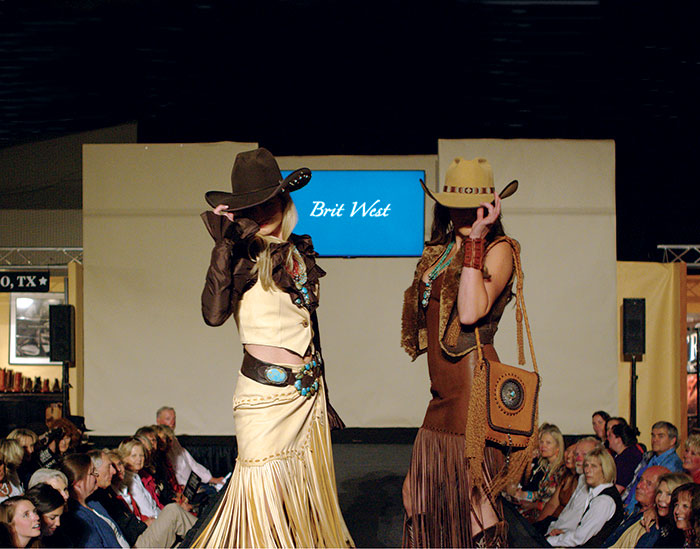 The four-day show—which was held September 7-10, 2017, at the Snow King Events Center—kicked off with Merritt’s favorite event, the Opening Preview Party + Fashion Show, which includes a runway show featuring 20 fashion designers. “There are signature cocktails at open bars and culinary delights as creative as the furniture, fashion and design,” she says.

Other events include the Western Design Conference auction, retail row shopping and a benefit for the National Museum of Wildlife Art.

Though she ran the show for seven years before acquiring it, Merritt continues to grow the Western Design Conference. Since 2014 she has showcased a life-size model home inside the exhibit. This year’s home features five rooms designed by interior design firms and a weathered barnwood exterior that fuses rustic style with urban modernism (see: 2017 Mountain Living Designer Show House).

Whether or not her twins are ready to step in, Merritt is clear in her vision. “Our goal is to ensure the Western Design Conference Exhibit + Sale thrives in Jackson for another 25 years,” she says.