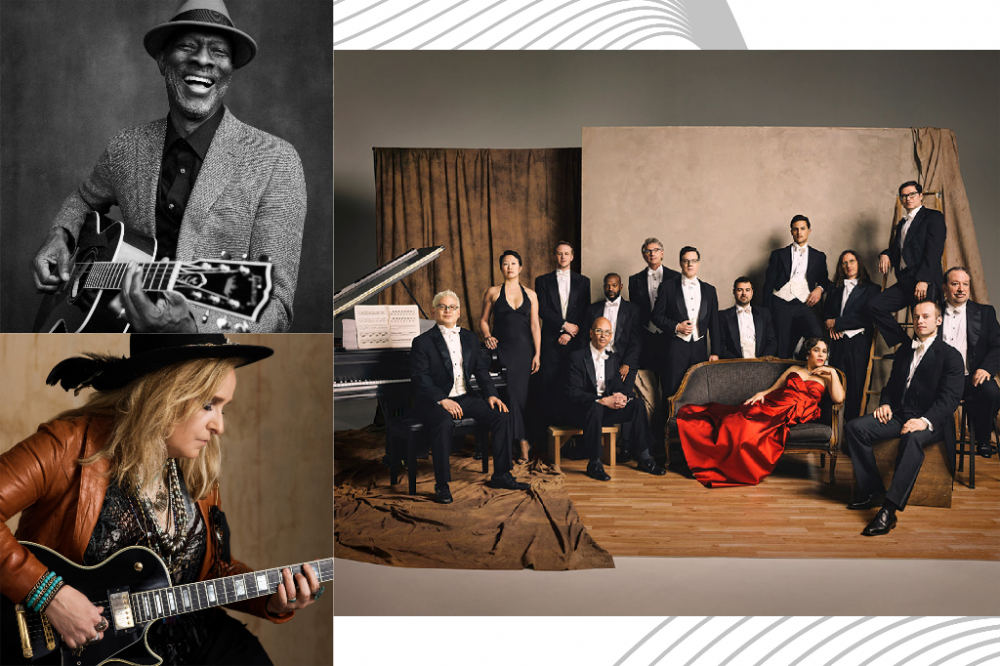 Need another reason to head to the high country this summer? Now’s your chance to dance to the music with Strings Music Festival in Steamboat Springs, Colorado.

“This is the icing on the cake for our 34th season,” said Strings Music Festival Executive Director Elissa Greene. “We already had over 40 concerts confirmed but these new additions prove that Strings is back with a full lineup of music for the Yampa Valley.”

The new concerts offer something for all tastes: from household names to emerging talent. The Steeldrivers, a Nashville outfit that won a Grammy for Best Bluegrass Album, join more than 75 past Grammy winners who have graced the Strings Pavilion stage. Kenny G and his jazz saxophone need no introduction. Two bands out of the Pacific Northwest bring crowd-pleasing live performances: Pink Martini, a 12-piece ensemble featuring diva China Forbes, and the Delvon Lamarr Organ Trio’s “feel good music” with smoky roots and jazzy influences.

What sets these 11 new concerts apart from the concerts already announced is that they will take place inside the Strings Pavilion, a 569-seat concert hall, at full seating capacity. Only the August 15 performance by Asleep at the Wheel will feature reduced seating capacity—and that is to make space for dancing to the band’s famous brand of western swing.

“These concerts are absolutely thrilling to share with the community, since they represent a return to large concerts in the way our community remembers them,” said Greene. “But we know first-hand that all our other performances this summer—from our elevated pods at our new outdoor stage to the limited-capacity table seating classical concerts in the pavilion are also in high demand.”

Some of the previously announced shows are selling well including at least one concert that has already sold out. For the new shows going on sale this Thursday (6/22), donors of $500 or more to the 2021 Strings Annual Fund receive pre-sale access to purchase tickets in advance. New or renewing donors can support Stings and earn this benefit by donating at StringsMusicFestival.com/donate or calling (970) 879-5056.

Tickets are on sale now to over two dozen concerts and the new concerts go on sale to the public on Thursday morning, June 22, at 10:00am. Visit StringsMusicFestival.com or call the box office during business hours at (970) 879-5056 ext. 105.

About Strings Music Festival
Strings Music Festival is a 501(c)(3) nonprofit presenting music of the highest quality in an intimate mountain setting. With more than 60% of its programs offered free to the community, Strings provides entertainment and music education year-round, reaching communities and visitors throughout the Yampa Valley.