Wood on the Walls

One of our favorite things about mountain homes? More often than not, they showcase natural materials that just beg to be touched, like walls covered with beautiful wood. While the material may be a standby, the applications are endless. Here are a few of our favorite ways to clad a wall with wood. 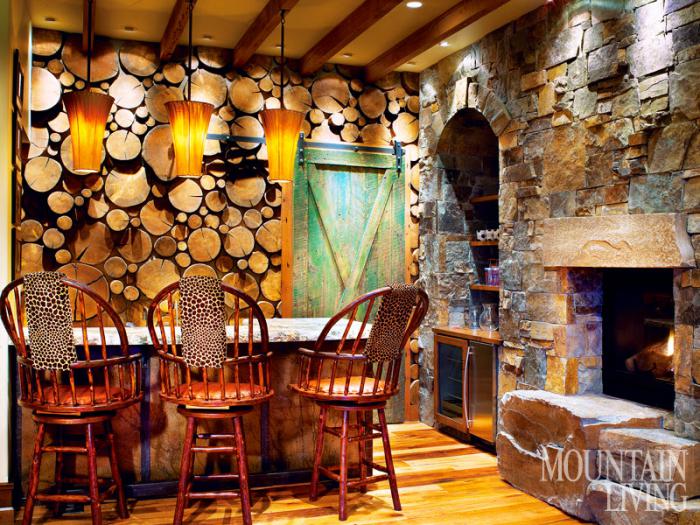 In this bedroom, interior designer Hunter Dominick paneled the walls with a simple plaid pattern of reclaimed wood; behind the paneling is a herringbone-patterned grasscloth wallcovering. A plaid duvet cover echoes the wall pattern: 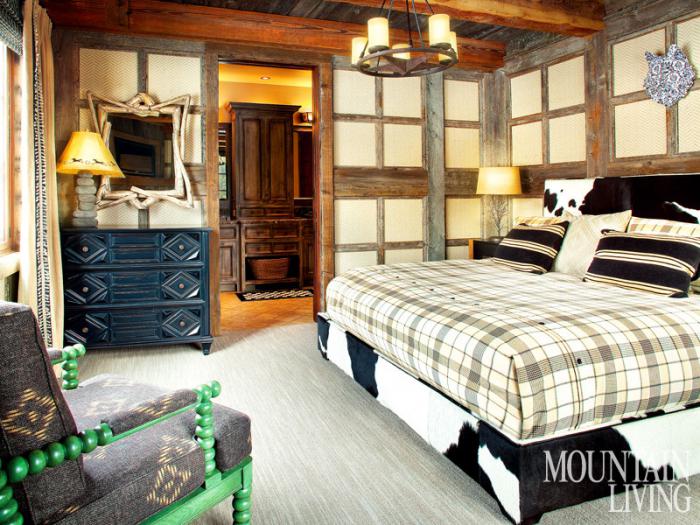 The design team for the 2011 Home of the Year lined this hallway with birch trees. The team at Highline Partners sourced more than 100 trees with a three-inch diameter (“not as easy as you might think,” says project contractor Todd Thesing) and adhered them to the plywood wall—which was covered with a light coat of plaster—with hidden screws: 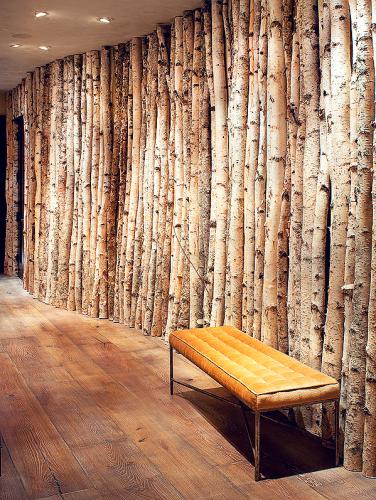 Rustic reclaimed wood from Austria lines the wall of this cozy guest room, where the bed is covered with crisp red-and-white linens from Switzerland. Old beams from Salzburg show the hand-chiseled notches that were used in homebuilding more than a century ago: 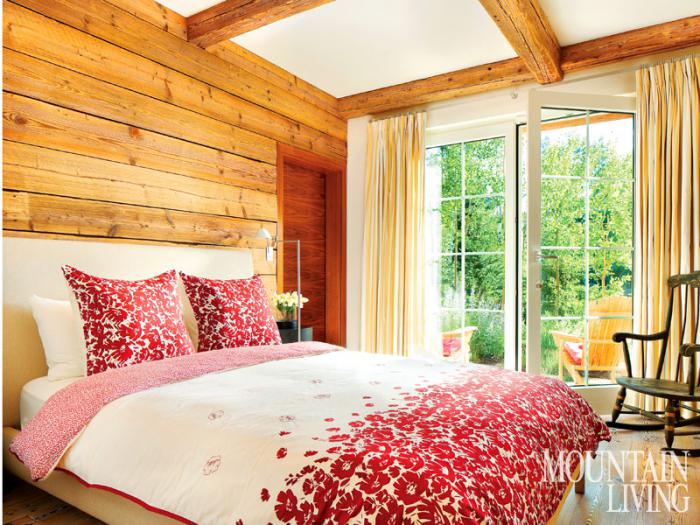 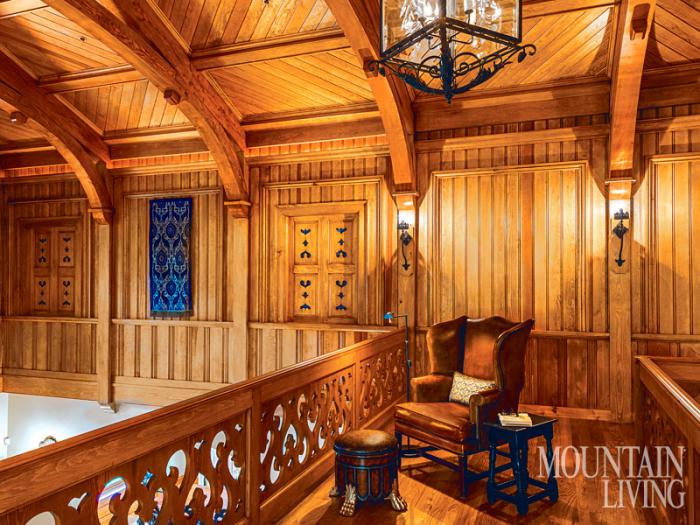 This luxury bachelor pad is a hat tip to the rural structures of the homeowner’s native Nebraska. A “grain silo” clad with reclaimed wood salvaged from old rural buildings in Iowa and Nova Scotia acts as the entry and foyer. “We wanted the house to feel like it came from the earth, not like it was dropped upon it,” says architect Andrew Abraham: 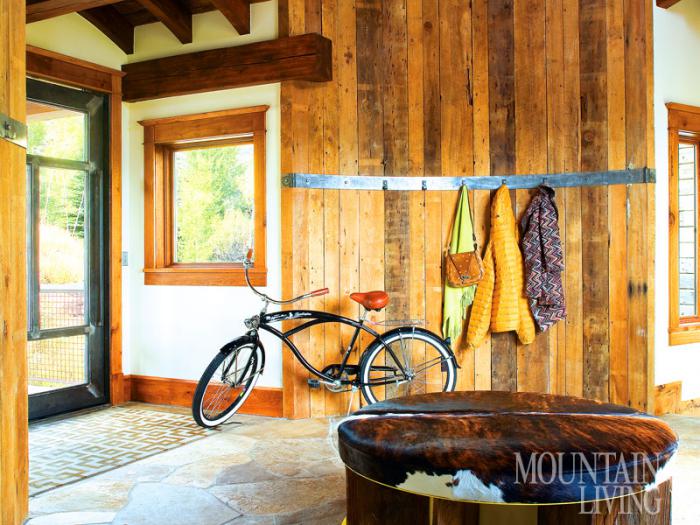 Sometimes, using a natural wood wallcovering just isn’t practical—or possible. That’s where wallpaper comes in, like this playful pattern from Andrew Martin that interior designer Abby Hetherington chose for a cheeky riff on the traditional log wall. What do you think? Still prefer the real thing? 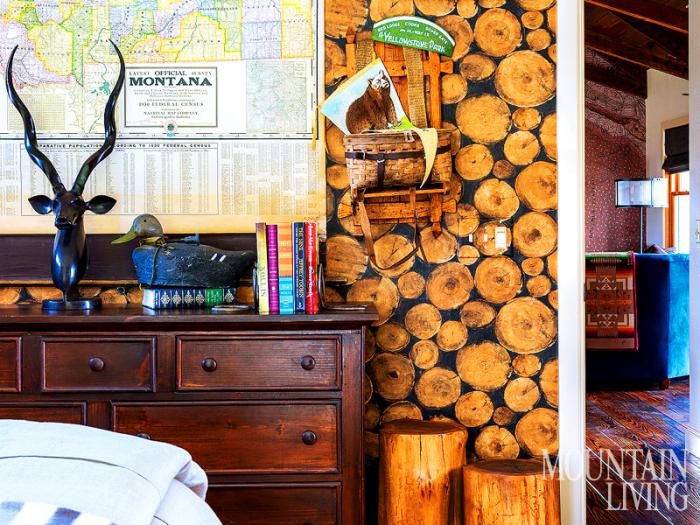 So there you have it. Fresh takes on the traditional wood wall. Which one is your favorite? Post a comment below and let us know!

This article appears in the January-February 2014 issue of Mountain Living.
Categories: Interior Designers