The Lineup for the 2016 Vail Jazz Festival

Like the golden years of jazz, the Vail Jazz Festival has reached a glowing stage of its lifetime, but only continues to become bigger and brighter. The lineup for the upcoming 22nd season, presented by The Jazz Cruise and The Contemporary Jazz Cruise, is full of returning favorites as well as internationally touted artists making their Vail debuts.

Here's what's on tap for the rest of the summer:

You may have seen this kid on 60 Minutes or earning a raucous standing ovation following his performance at this year’s GRAMMY® Awards. Born in Indonesia, and arguably one of the most talented youngsters at 13 years old, the young pianist is self-taught and released his first album last year, nominated for Best Jazz Instrumental Album. 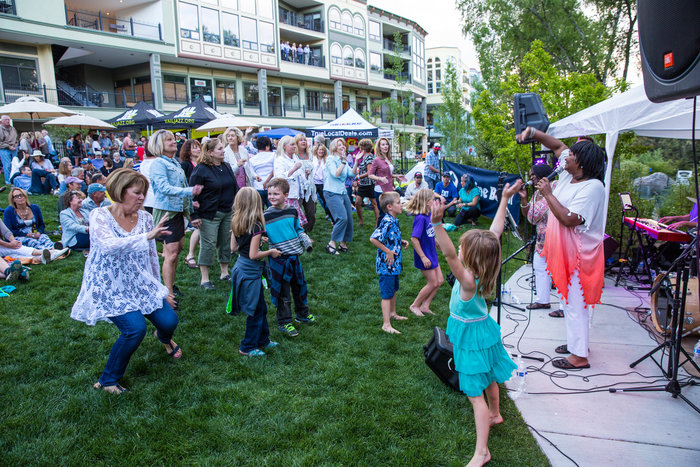 Fresh off a GRAMMY®  win for her third studio album, this young, Miami-based vocalist appears in Vail for the first time. Last year she told NPR that she “never wanted to sound clean and pretty” and her husky style has earned her much international acclaim, not to mention a slew of avid new fans following every performance.

Led by GRAMMY®-nominated, Cuban-born flutist Orlando “Maraca” Valle, this energetic eight-piece ensemble features a collection of the world’s top Latin jazz specialists. Making its Vail debut, the ensemble is sure to get the crowd on its feet and moving.

Speaking of energy, the sizzling, Colorado-based big band returns to Vail to light up the stage with favorites from the late, great bandleader. H2 Big Band is famous for nailing Basie’s distinctive swing style.

Get a taste of homegrown talent every Sunday when a variety of Colorado-based musicians and ensembles fire up a live soundtrack at the Vail Farmers Market from 12-3 p.m. from June 26 to Aug. 28.

Sunday nights never sounded so good. Local jazz legend, Tony Gulizia will be joined by an exciting variety of visiting jazz musicians each week at the event’s new home at the Four Seasons Resort, including complimentary parking. The series starts July 3 and runs through Aug. 28.

The Riverwalk Backyard in Edwards is the place to launch your weekend each of the first Fridays of the summer (June to September) with great free live jazz, food, drink and community vendors. A series geared toward the whole family, this is a perfect meeting place for community and culture. Performances start at 6 p.m. Vendors, food and drink booths open at 5 p.m. This series is co-sponsored by Alpine Bank and Kaiser Permanente and produced by Vail Jazz and KZYR The Zephyr. More information is available at http://www.riverwalkfirstfridays.com/.

More information and tickets for all performances are available at vailjazz.org.