The Longmire series of books by Craig Johnson centers on Sheriff Walt Longmire as he rebuilds his life and career after the death of his wife. Johnson bases the fictional town of Durant on Buffalo, Wyoming. The series has taken on a life of its own, with over 2.7 million books sold, a Netflix series and Longmire Days, a festival held each August in Buffalo, Wyoming, at the base of the Big Horn mountains. 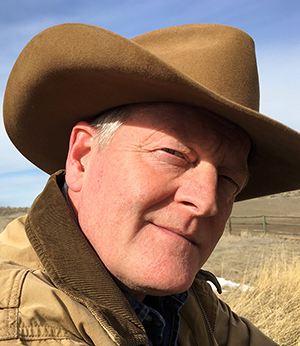 I recently drove from Denver to Sheridan, Wyoming, and I stopped in Buffalo for Longmire Days. As a devoted Longmire fan, I wanted to hear Johnson talk about how this book series came to be. It was standing room only at the Johnson County Library when a bouncer told me I was too late to get a spot inside. Lucky for me, I found a chair and listened to Johnson and his agent Gail Hochman share behind-the-scenes stories.

One of the stories he told was about negotiating a launch date for his first book. The publisher wanted to release it in May, but as a working rancher, Johnson needed to be home in the summer for ranch duties, so they settled on a September date. I wonder how many authors plan their book marketing around hay season? That’s the kind of authentic person Johnson is. 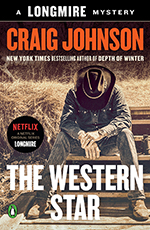 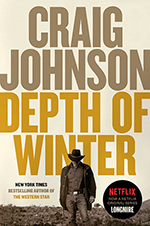 Some tips from Hochman and Johnson for aspiring writers: Be persistent to find the right agent; be polite when working with publishers; and be accessible to your fans. Johnson is an example of a writer who makes himself available to Longmire fans, traveling to events and bookstores across the country. He even answers his own email.

Each year, Longmire Days draws close to 12,000 people, and the Chamber of Commerce says year-round tourism has also increased from fans in search of “Walt’s hometown.” 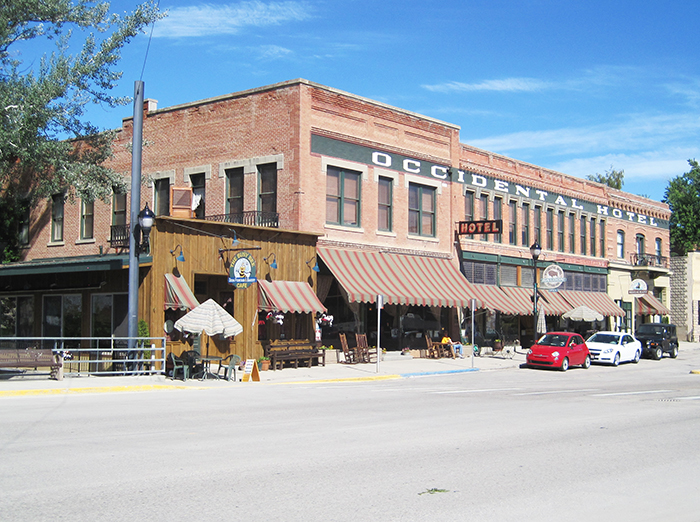 Buffalo is charming in its own right with its historic Main Street, the restored Occidental Hotel, and the Busy Bee Café, where old-timers meet for lunch. I loved visiting Durant (…I mean, Buffalo) and look forward to my next cup of coffee at the Busy Bee. Maybe I’ll see Walt there.SaveSaveSaveSave