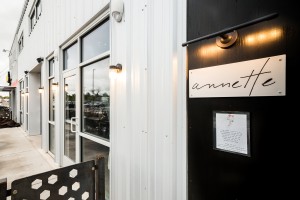 Since the fall of 2016, chef Caroline Glover founded her restaurant Annette and has been using locally sourced food and ingredients to wow guests. The name itself is a nod to the founder’s great aunt Netsie. Glover’s tribute is not because her aunt trained her in cooking but rather because of the confidence Netsie facilitated in her. It was her great aunt’s encouragement that, Glover argues, brought her such great success 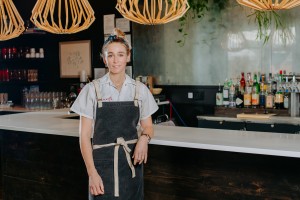 Anette has an ever-changing and seasonal menu as local items go in and out of season. For Glover, the restaurant is an accumulation of her farming and cooking passions. Before moving to Denver in 2014, the chef spent a season working at a locavore bed and breakfast in Paonia. It was then that she founded a farm-to-table supper club.

Glover is no newbie to the James Beard Foundation awards, having been a nominee for Best Mountain Chef in 2020 and a semi-finalist for Best New Restaurant in 2018. Though, this year, she took home the title. 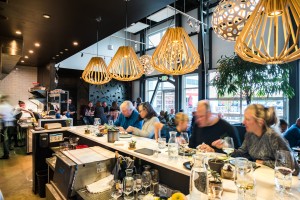 For the Foundation, 2022 has been the first time since the pandemic that an awards ceremony took place. Like most everything, restaurants were heavily impacted by the last few years. In the wake of Covid-19, the Foundation began the program Open For Good, a donation-based campaign driven to support and rebuild independent restaurants. Despite some return to normalcy, the struggle to survive continues for restaurants. “Restaurants aren’t a luxury—we’re essential…it’s time for us to start being treated that way,” Glover says in her acceptance speech.