A Walk on the Wild Side in Pagosa Springs, Colorado

Tucked into the rolling hills of Archuleta County, there’s a small, hidden refuge to animals that call the Rocky Mountains home

Tucked into the rolling hills of Archuleta County, just south of Pagosa Springs, Colorado, there’s a small, hidden wildlife park. Open since 1986, Rocky Mountain Wildlife Park is home to animals that call, or have called, the Rocky Mountains home.

Rocky Mountain Wildlife Park houses three wolves, a grizzly bear, a male elk, a mountain lion, a porcupine, a pair of coyotes, a bobcat, a donkey, goats, several emus (not native to the Rockies) and lots of ducks and rabbits. 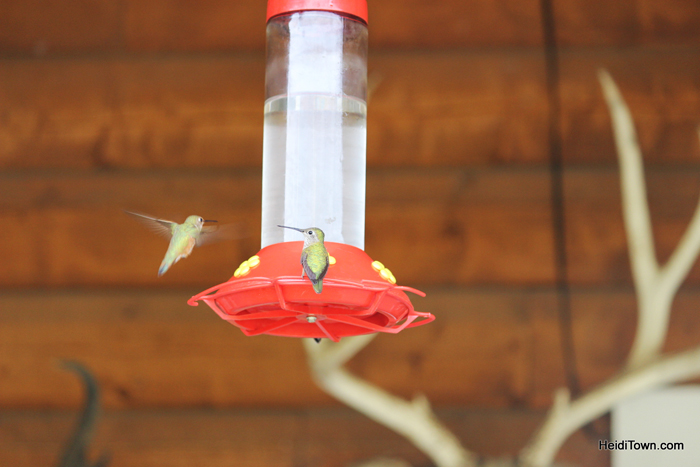 We visited the park during feeding time—2:00 p.m. in the winters and 4:00 p.m. in the summer. Our guide started the tour at the grizzly enclosure. Princess the grizzly was orphaned when she was just 10 months old, and despite having spent her life in captivity, she is still wild at heart. She has dug a 10-foot den in her large pen and can be unpredictable around her human caretakers. 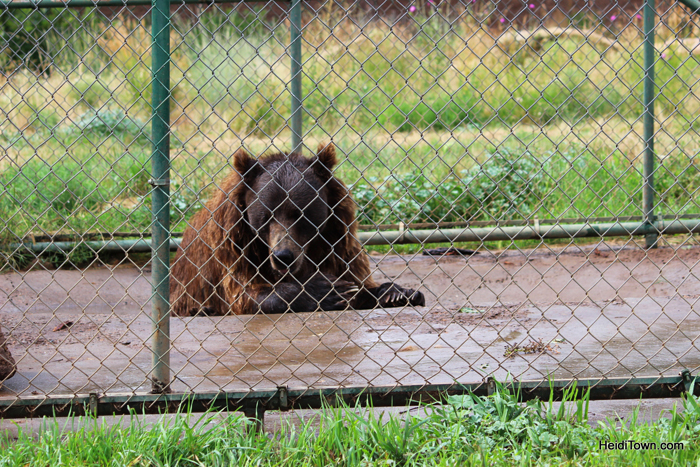 Princess in her "bathtub." She has a much larger enclosure behind this pen.

When I’m hiking in backcountry, I’m terrified of running into a mountain lion, so observing Willow, the park’s mountain lion, was exhilarating. Surprisingly, she acted like a big kittycat. She rubbed against the fence and played fiercely with a tire swing in her enclosure. The guide, however, assured us that Willow has her wild days and isn’t always the cute and playful big cat we saw during our visit. 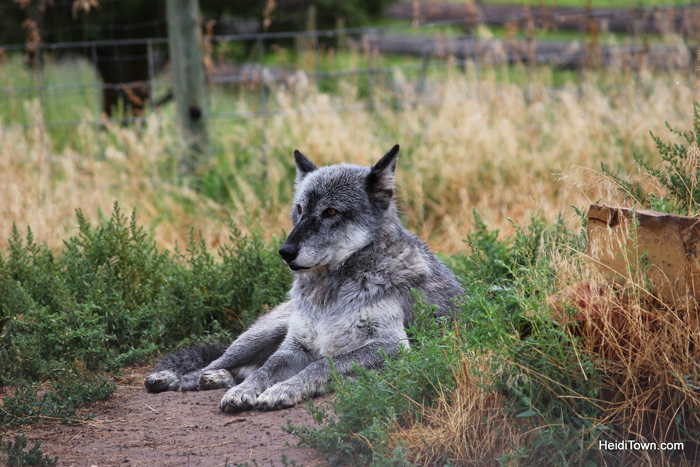 Animals have come to Rocky Mountain Wildlife Park in a variety of ways. Two of the three wolves, for instance, were rescued from a basement in a Texas home where they were being kept illegally. 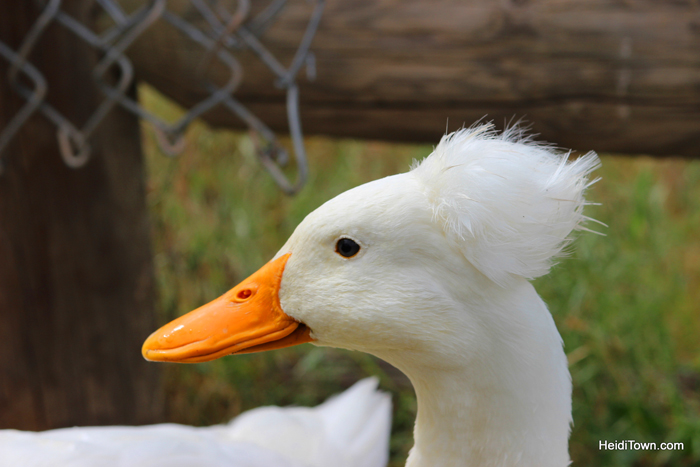 The Rocky Mountain Wildlife Park is not a zoo. The animals are kept in large enclosures and your best opportunity to see and learn these creatures is to tour during feeding time. The tour takes about an hour and a half. As we walked through the park we were tailed by a flock of quacking ducks. The Rocky Mountain Wildlife Park sells poultry food so that guest can feed the flock and the children in our tour group seemed to have bought all of it.

This stop is great for families who are visiting the Pagosa Springs area and makes a nice afternoon excursion. Rocky Mountain Wildlife Park is open year round, seven days a week, although hours vary. Go to www.rmwildlifepark.org for more information and directions.