A Recap of the 2016 Russell Exhibition and Sale

On March 17 to 19, people gathered at the Mansfield Convention Center in Great Falls, Montana, for the Russell Exhibition and Sale—and the event was a record-breaking success!

This year’s gross total of $9.4 million raised for the non-profit museum beat the previous record of $8.1 million in 2015. The most celebrated sale of The Russell Live Auction was Thomas Moran’s oil painting, Castle Rock, Green River, Wyoming, 1907 (above), which sold for $3.6 million, the highest price ever paid for an artwork in The Russell. 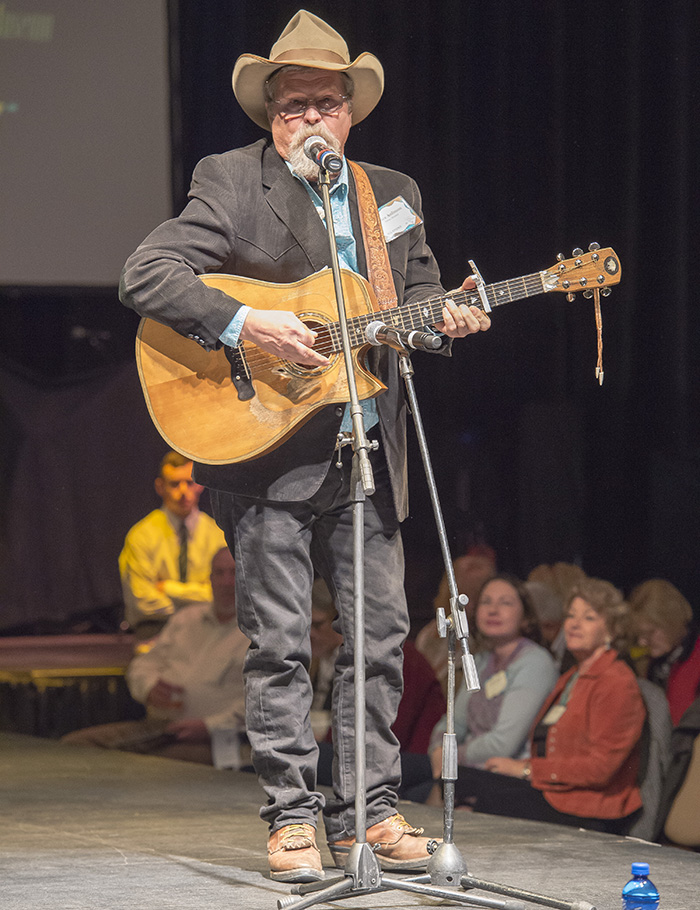 It also was a lot of fun! Instead of just taking thanking the sponsors, volunteers, and others who help make this charitable event a success, they decided to kick it up a notch with an Appreciation Song, sung by cowboy musician Bruce Anfinson. This was the opening program at the First Strike Friday auction on March 18. Not too shabby!