Head to the heart of Boise’s Linen District—an old neighborhood that’s enjoying a renaissance—and you’ll find a dated Travelodge motel turned cool urban oasis. Stay at The Modern for a night (or a few) and relish the personalized service of a family-run boutique hotel, events in music and the arts that celebrate the local community, and interior design so mod, you’ll forget you’re in Idaho. 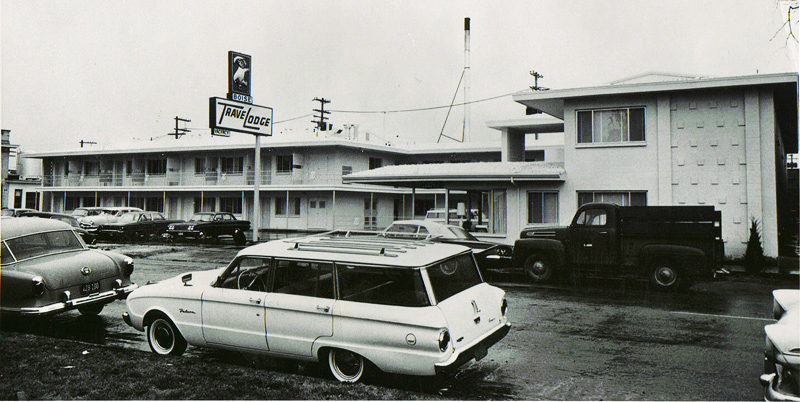 When Elizabeth Tullis first laid eyes on the old motel she would reinvent as The Modern Hotel, it was a dated space in dire need of updating. “Inside, there were dark, over-furnished rooms that had big chunky televisions, wild polyester bedspreads, fake wood headboards and tinny brass lamps,” she remembers.

The building’s aesthetic carried over from its former life as a Travelodge dating back to the 1960s. “We have a lot of people who come in and say, ‘I stayed here when I was a kid,’” Tullis says.

After she bought the building in 2006, Tullis shut it down for a full year and orchestrated a top-to-bottom renovation with the help of architect Dwaine Carver and interior designer Kerry Tullis. “We tore up the carpets and tore down walls. We redid all the bathrooms,” the hotel owner says. 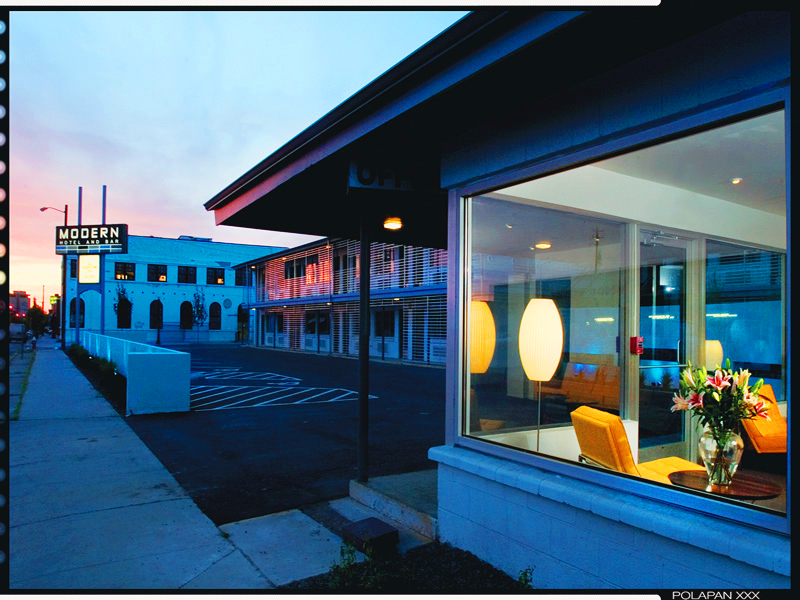 Elizabeth Tullis and her design team were serious about marrying form with function, snappy Midcentury-Modern style with modern-day comfort. That vision is evident today in each of the hotel’s 38 guest rooms and five suites, each decked out with kicky Midcentury furnishings: Nelson bubble lamps, custom headboards, walnut and resin finishes, and birdbath sinks. The iconic vintage style is paired with all the essentials for contemporary life on the go: flat-screen TVs, iPod docking stations and Wi-Fi Internet access. 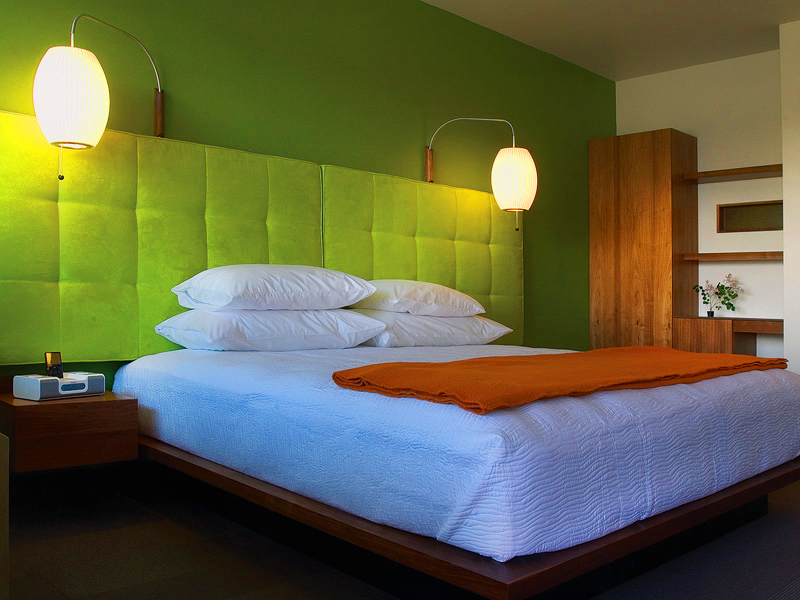 But The Modern is more than just rooms filled with great furniture. “We have the time and the staff to really pay attention to our guests’ needs,” Tullis says. This approach to hospitality makes the hotel a hub for the community. Stop by on a Thursday night during the summer for the Modern Music series and join guests for live music by local performers and a signature cocktail in the outdoor courtyard. Or plan your stay around the first Thursday of May for the popular Modern Art event, when the hotel becomes a temporary art gallery, each room a haven for an artist to sculpt, paint or perform for the thousands of guests who stroll the halls.

This article appears in the May-June 2011 issue of Mountain Living.
Categories: Mountain Travel