Experience musical magic and visual enchantment in beautiful Aspen during the 2017 Aspen Music Festival and School season this summer!

The Aspen Music Festival and School's 69th season, running from June 29 -August 20, offers more than 400 events and features its signature wide variety of musical works, periods and performers. This year’s festival offers a curated mix of concerts exploring the season theme of “Enchantment” through the lenses of myth, fairy tales, magic spells, forbidden love, transformation and the transcendent delights of nature. 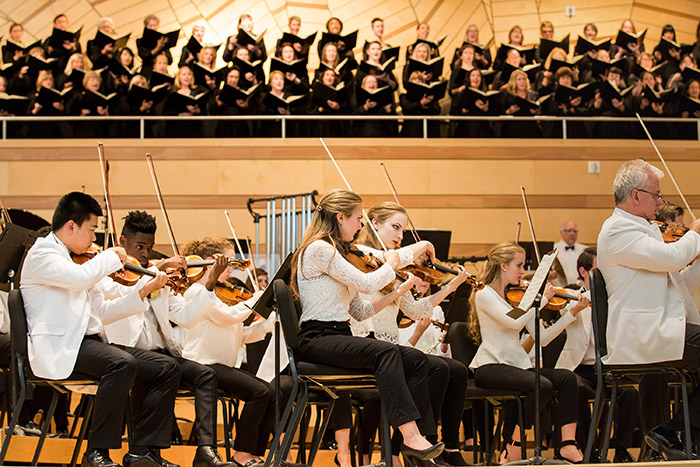 “This summer we look deeply at the magical, transformative power of music,” says Alan Fletcher, now in his 11th year as president and CEO of the AMFS. “The festival in Aspen offers an unusual opportunity to experience a myriad of works — some new, some favorites, some rediscovered, some revisited — in a way that makes each fresh again. It’s deeply enriching not only for the hundreds of musicians who come together to perform and study, but as much or more for the attending audiences and the international musical community. Musical experiences can transform and expand us, individually and collectively, and we programmed this season, as every season, with that in mind.” 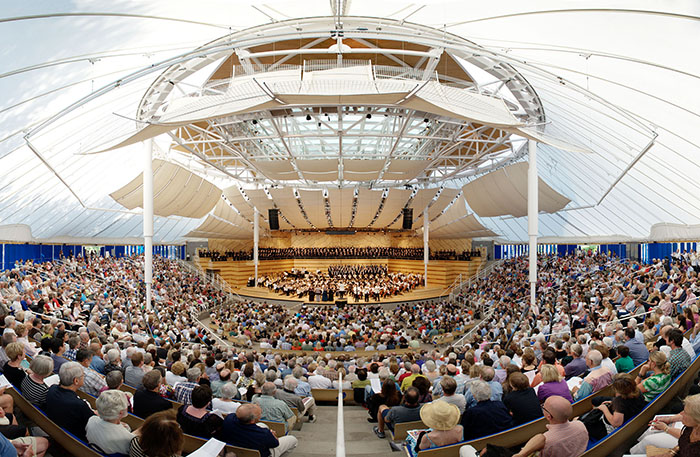 The idea of enchantment-as-transformation has fascinated storytellers since the days of Aesop. Music is full of this kind of enchantment, whether it be the objects-come-to-life of Ravel’s opera “L’enfant et les sortilèges,” (“The Child and the Enchantment”), which sees fairy tale characters, furniture, crockery, plants and stuffed animals chastise a peevish child who has been tormenting them; the mythical creature-turned-human of Zemlinsky’s “The Mermaid” or the more subtle musical transformations, like Strauss’ orchestral transpositions of Couperin’s harpsicord dance works.

Attendees can also look forward to other works illustrating “Enchantment” in the 2017 program like Zemlinsky’s “The Mermaid,” Symphonic Fantasy, a musical telling of the classic tale of a mermaid who wishes to become human to be with her true love; Rimsky-Korsakov’s “Scheherazade,” about the spellbinding power of storytelling; Stravinsky’s “Firebird” Suite, based on this compelling figure popular in Russian fairy tales; Mozart’s Overture to “The Magic Flute”; Christopher Theofanidis’ “Dreamtime Ancestors,” based on an Australian aboriginal myth; and Debussy’s “Prelude to the Afternoon of a Faun,” a gossamer work portraying the shifting moods of a faun through an afternoon.

The 2017 AMFS season will also comprise “The Year of the Concerto,” a major exploration of the concerto form, pivoting around no fewer than four brand new or modern concertos. Some of the world's leading composers, instrumentalists and conductors will join Aspen's resident orchestras to probe concertos old, new and newly revised — and, as always with this form, to thrill.

Nearly 1,000 musicians gather in Aspen each summer, as 600 of the world’s best music students from all over the world will join to make music with more than 200 of the top professional performing and teaching classical artists of our time.

Mark your calendars for the 2017 music festival in Aspen and feast your eyes and ears on fabulous views and music!

Mountain Living is pleased to sponsor The Aspen Music Festival and School.