Yoga Retreats in the Mountains

For those of us who practice yoga, it has become something we can no longer live without. For me, it’s a vital part of my weekly routine. Without it I feel less grounded, not to mention the aches and pains that began to seep back into my joints when I don’t practice regularly.

Yoga retreats represent an opportunity for total yoga immersion for an extended period of time. It’s also a chance to interact with other yoga-lovers in scenic locations around the mountain west.

Whether you’re searching for a high-energy yoga party or a serene yoga retreat, one of the following festivals will be the perfect fit for you this summer.

Telluride is an amazing yoga town. At nearly any time of year, visitors can find free introductory yoga classes throughout the week, plus several studios offering advanced courses.

Telluride Yoga Festival is a 4-day event which encompasses more than just yoga. The festival includes meditation, hiking, dining, stand-up paddle boarding and social gatherings. There are more than 50 presenters scheduled to give workshops at venues in Telluride and Mountain Village at this year’s event.

For many, yoga is a lifestyle, and Northwest Yoga Feast embraces the yogi way of life to the fullest. This all-inclusive retreat combines yoga, food, art and music into a week-long experience designed to feed the body, mind and spirit in a camp-like environment.

The event is held on the 42-acre Eureka Center, just outside of Sandpoint Idaho and minutes from Lake Pend Oreille. 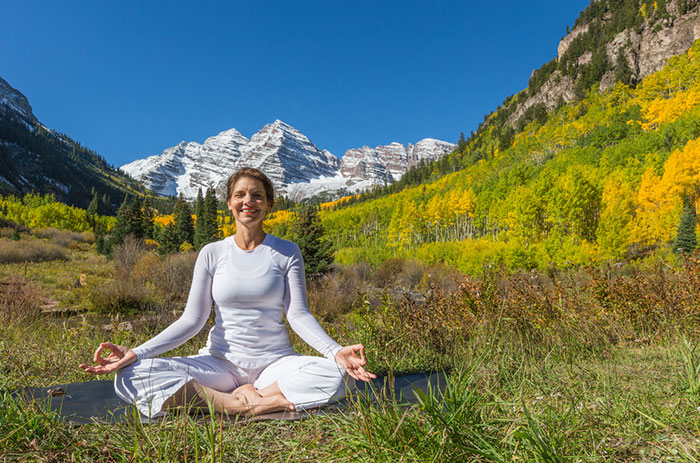 While the yoga festival trend seems to be a jazzed-up approach to the Hindu practice, the organizers of the Steamboat Movement Festival want to slow things down. They want attendees to become absorbed in a calm and meditative weekend that focus on breathing, mindfulness, and the spiritual aspects of the practice of yoga.

Several events take place in conjunction with the Steamboat Movement Festival including a Stand Up Paddle Board Yoga Intensive on August 9-11, 2016. There will also be a morning of Finding Your Dharma with Gina Caputo.

Yoga Fest in Park City, Utah, is part of the 47th Annual Kimball Arts Festival. The arts festival includes 30 live music performances taking place on three stages throughout the weekend plus a lot of art.

Last year, 990 artists applied for the juried show and just 220 made the cut. Art, music, yoga and family fun is the name of the game at this Utah festival that benefits the Kimball Arts Center.

With yoga at the core, Wanderlust festivals bring together meditation instructors, musicians, speakers, and chefs at a handful of beautiful mountain resorts around the world. These large-scale events are created to be “all-out celebrations of mindful living.”

Wanderlust festivals are designed for participants to practice, listen, explore, learn and taste. While attendees can find time for rest and relaxation, many Wanderlust events include dance parties, trail runs, educational seminars and other high energy activities.