The Idaho mountain estate that was once featured on film is now on the market for $15.99 Million 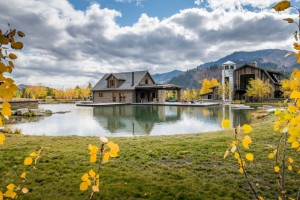 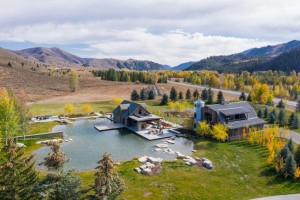 A vast majority of the film was captured within the 6,000 sq. ft. residence. The main home is fitted with five bedrooms, five and a half bathrooms, a study and a spacious open floor plan that connects the living and dining areas. The most spectacular feature is the magnificent views of the Bald Mountains, as well as the Smokey and Boulder Mountains, easily seen through the home’s two levels of prominent windows. For snowy winter days, the heated garage allows for a warm exit and entry point. And for warm summer nights, guests can lounge outside of the guest home, surrounded by water. 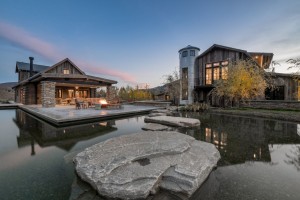 The character Cherie was Monroe’s first take on a dramatic role. ‘Bus Stop’ gave the young actress an opportunity to step away from her stereotypical ‘dumb blonde’ characters. Throughout her acting career Monroe’s films grossed over $200 million, plus she claimed a Golden Globe for Best Actress in her performance in ‘Some Like it Hot.’

Monroe wasn’t the only big name to visit Sun Valley. Over the years, the region has become somewhat of a seasonal haven for celebrities including Ernest Hemmingway, Arnold Schwarzenegger, Ashton Kutcher and more. Needless to say, the Idaho mountains have a way of drawing you in and making you never want to leave. 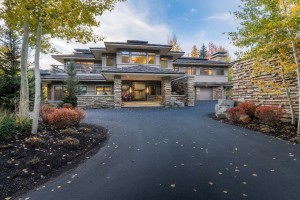 Although the home was spotlighted in 1966 when ‘Bus Stop’ premiered, the design itself withstands time. The decor leans heavily into mahogany wood and stone, purposely blending well with its surrounding natural beauty. Even the stepping stones in the artificial lake match the home’s exterior. The three-building designs pair together while not matching too closely, each creating a new space and ambiance to enjoy. With the closest ski resorts being Sun Valley and Dollar Mountain, the home is a perfect getaway for mountain lovers.

From Dark and Dated to Light, Bright and Modern in Montana