See his fine art images at the WRJ Design showroom

Dramatic fine art images by Europe’s best-selling wildlife photographer David Yarrow will be on display in a new exhibition, “The Most Amazing View,” at the WRJ Design showroom in Jackson, Wyoming, Feb. 20 – April 14, 2017. Jackson-based WRJ has partnered with Visions West Contemporary to introduce Yarrow’s internationally acclaimed photography to the Rocky Mountain West. 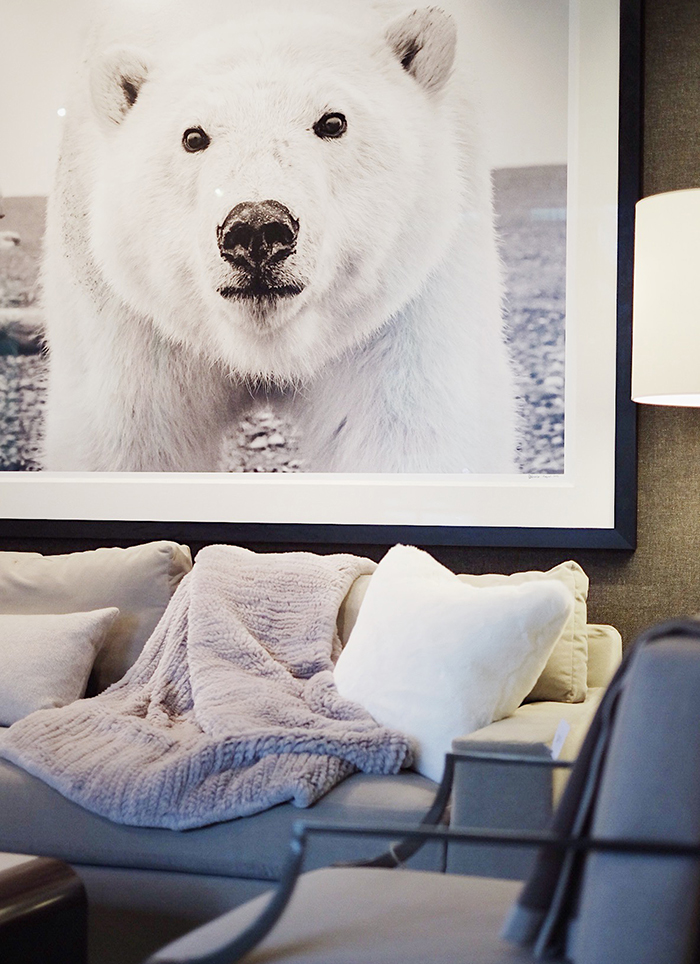 "Hello"​ by David Yarrow, at the WRJ Design Showroom

WRJ Design is uniquely suited to collaborate with Visions West on “The Most Amazing View,” which features 17 of the photographer’s timeless images from around the world. In addition to creating stunning interiors inspired by the surrounding Jackson Hole landscape, WRJ has a history of designing remarkable exhibitions, including over 40 for Sotheby’s in New York City. More than a display of photos, WRJ’s presentation of “The Most Amazing View” will transform its downtown Jackson showroom, pairing the photographs with carefully selected furniture, fabrics and lighting to showcase Yarrow’s work while demonstrating how such dynamic large-scale pieces can be beautifully incorporated into an interior setting. 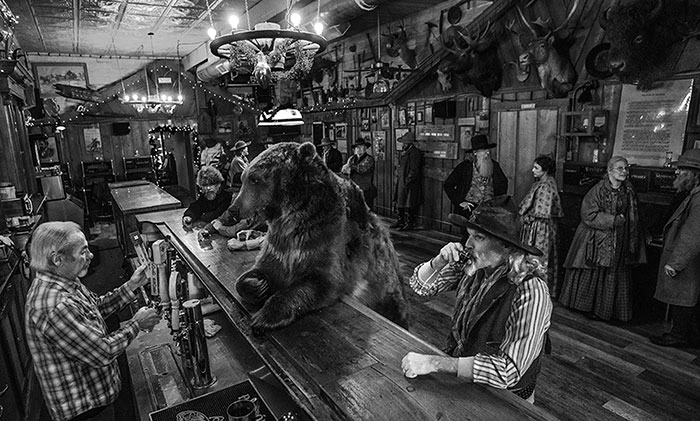 "A Bear Walks into a Bar"​ by David Yarrow

“Every day, we see the great beauty of the American West outside our windows, and every day it inspires us,” says WRJ Design principal Rush Jenkins, “so we’re thrilled to work with Visions West Gallery to bring David Yarrow’s wildlife photography to our Jackson Hole community. David’s passion for photography and his eye for natural beauty are extraordinary. To have this opportunity to capture the emotional spirit of his work is exciting, especially since the exhibition includes some of his first-ever images of America’s West. Our exhibit honors Yarrow’s art while creating harmony, understanding and beauty,” Jenkins continues, “because whether it’s in a home, through art and architecture, or with exhibits, that is always WRJ’s goal.” 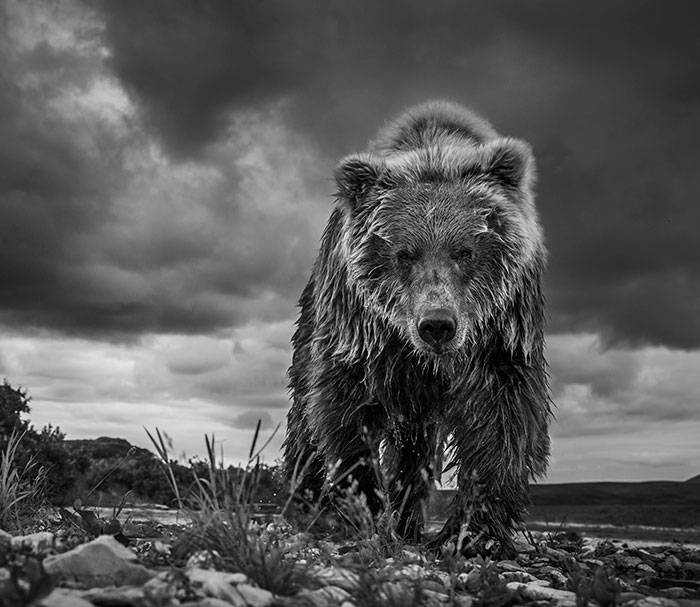 Globe-trotting Scottish photographer David Yarrow is renowned for his often surprising images capturing the beauty of the planet’s remote landscapes, cultures and endangered animals. The 16 works presented at the WRJ showroom include a storytelling series of wolves, bears and mountain lions based on photographs Yarrow made in ghost towns in Montana. Those images, including “The Wolf of Main Street” shown above, are works of interpretive art rather than literal photography, Yarrow explains.

“I have worked a great deal in two ghost towns in Montana. The result has been conceptual staged shots which have proved hugely popular in America,” says Yarrow. “I wanted to capture the visual feast represented by the old Wild West. The images require a double take in terms of the proximity of man and animal. I love to tell stories that ask questions with no consensual answer.” The purpose of the Montana images is “to provoke and entertain” rather than to inform, explains Yarrow. 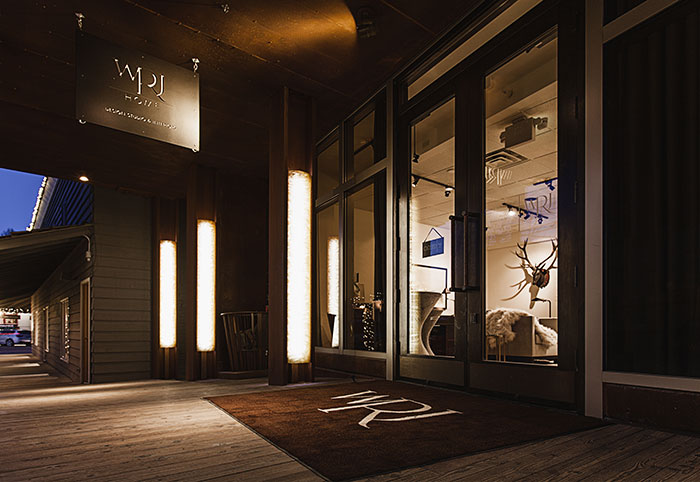 The David Yarrow exhibition “The Most Amazing View,” will be available for public viewing at the WRJ Design Showroom, 30 South King Street, Jackson, Wyoming, from Feb. 20 – April 14. The showroom is open to the public from 10 a.m. – 6 p.m., Monday through Saturday.

“The Most Amazing View” includes images from a recent book of Yarrow’s work, “Wild Encounters,” published by Rizzoli. A longtime supporter of the group Tusk Trust that initiates conservation projects, community development and environmental education programs across Africa, Yarrow contributes a percentage of his photography and book sale proceeds to the conservation charity. After the Jackson Hole exhibition created in collaboration with WRJ Design, Visions West Contemporary will continue to show Yarrow’s photographs in its Bozeman, Montana, and Denver galleries.