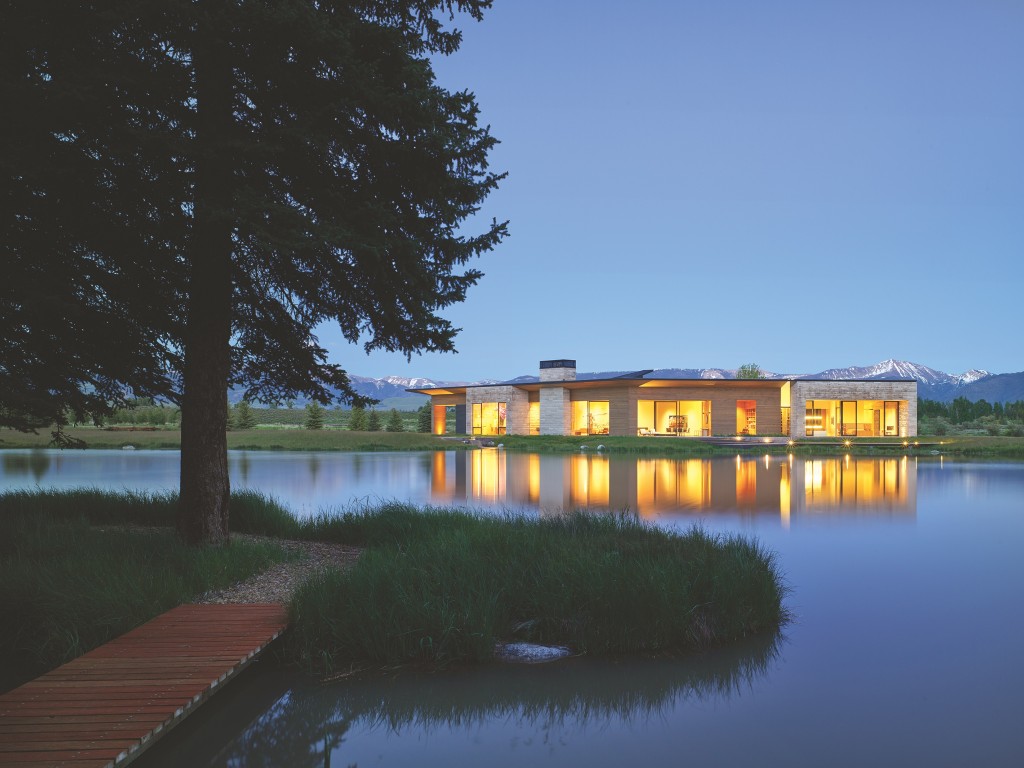 It all started with four chairs. “My parents were out garage-saling and they found four Bertoia diamond chairs for five bucks apiece,” architect Eric Logan recalls. “These kind of iconic modern pieces were part of my growing up, and in my memory I think there’s an inspiration there—they sparked an interest in design.” 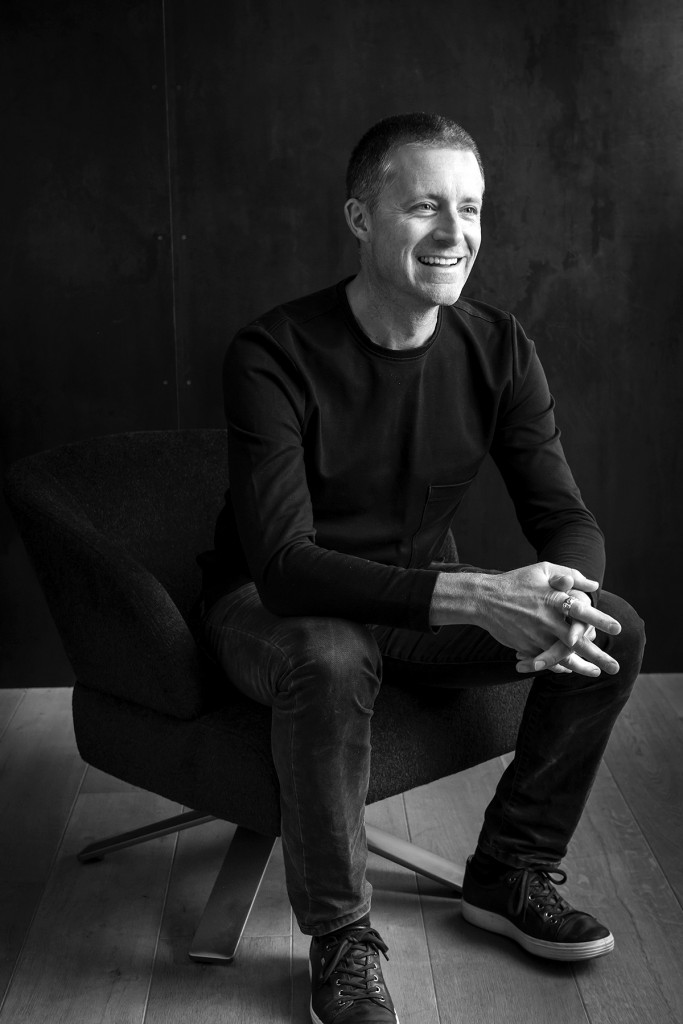 As Logan’s fascination with design grew, the Wyoming native pursued a master’s degree in architecture from Arizona State University and then interned in Denver before returning to his home state in the early 1990s. Today he’s an award-winning design principal at CLB Architects, which maintains offices in both Jackson and Bozeman. He kindly agreed to share some of his accumulated wisdom with Mountain Living. And, oh yes, he still has three of those chairs. 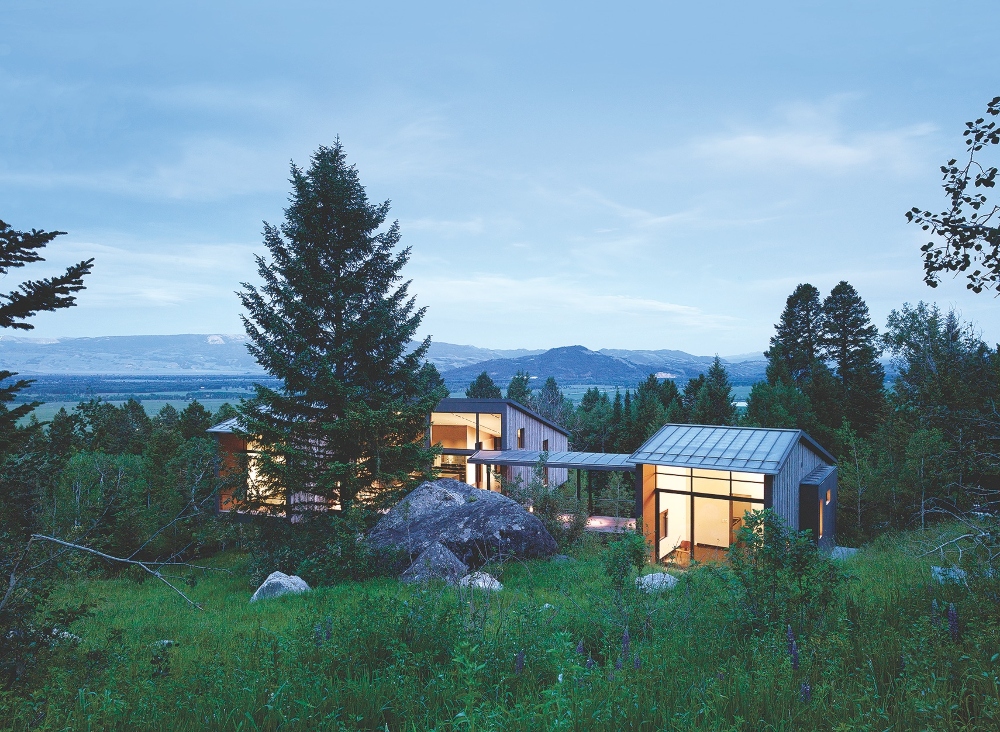 The Boulder Retreat rests lightly on the land. Logan upended traditional home design by creating a small footprint with upstairs living quarters, out of respect for the steep, forested site and its massive boulders. Photo by Matthew Millman.

Mountain Living: What changes have you noticed in mountain architecture since you began?

Eric Logan: As we’ve gone through the years, we’re seeing clients who are less interested in that kind of super-traditional architectural national parks-inspired language and  more interested in some of the work we’ve been doing: interpretations on how to live in the West. The firm’s tagline is “inspired by place.” 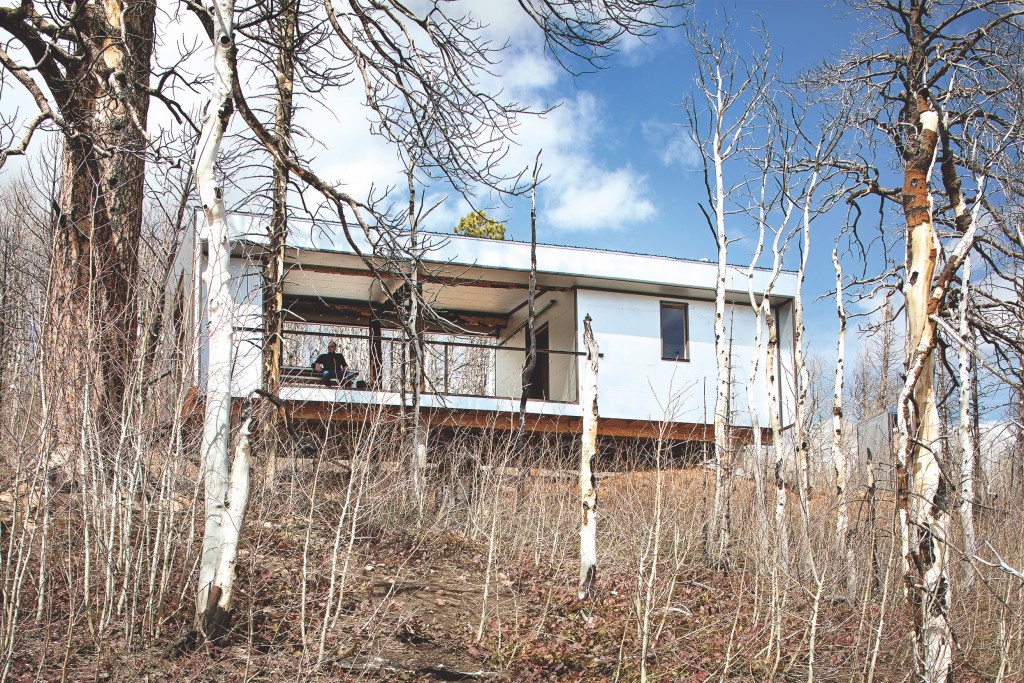 After the fire, Logan reconceived his family’s cabin as an open shelter. Photo by Gibeon Photography.

ML: How does the West influence your work?

EL: We take the opportunity to work on these pristine wilderness sites very seriously. So, at a very base level, we try not to screw them up. One of the key aspects of the work is it tries to be very simple—in the way it responds to site, to the building form, program, materiality.

This is a very harsh environment, and we’ve found—both from a formal and technical standpoint—keeping  it simple leads to a more robust solution. Anything fussy architecturally here is edited by Mother Nature. There are these archetypal agricultural buildings that populate a lot of the United States, and particularly the West. They have, at least to me, a very simple presence in the landscape that feels appropriate. If you sort of squint at some of our buildings you can see the corral form or the barn form. We’re not literally doing a barn; we’re sort of twisting and pulling at it a little bit; but I think keeping it simple is a part of our success. 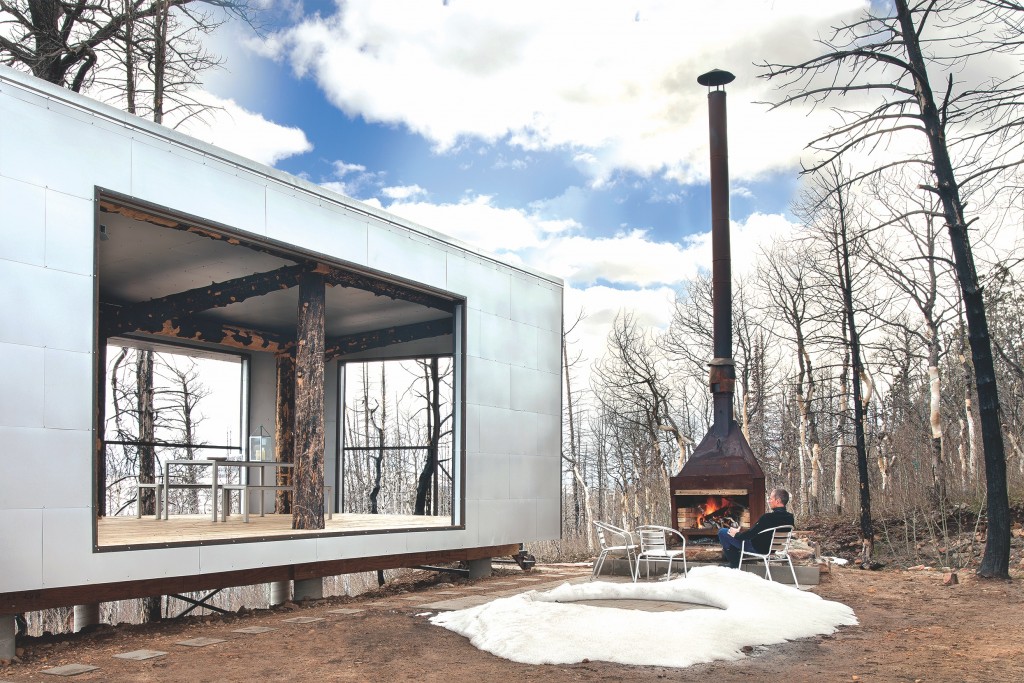 “This craggy, little, rusty fireplace survived,” he says. “So that became kind of an iconic piece for what essentially remained: a courtyard in the forest.” Photo by Gibeon Photography.

ML: You talk about “regionally appropriate modernism.” What does that mean to you?

EL: You can make modernism inappropriate here and make it stand out in a way that has people scratching their heads. We’re generally not about trying to make buildings call out about themselves, rather trying to blend them into the landscape here out of respect for the landscape. 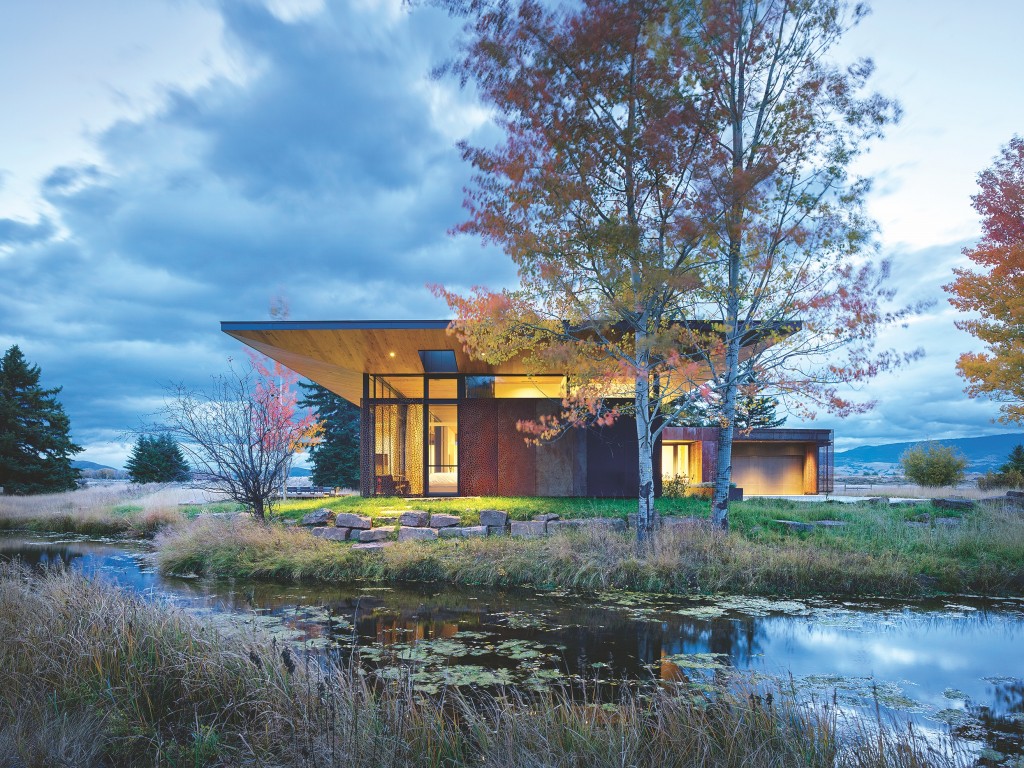 Casting a warm glow at dusk, the Queen’s Lane Pavilion is an L-shaped, two-bedroom guesthouse in Jackson Hole. The deep overhangs provide protection from the elements, while artfully pierced steel curtains—patterned after the cottonwood grove that surrounds the house—create ever-changing shadows. Photo by Matthew Millman.

ML: Do you have a favorite project?

EL: There was an adorable little, brown, manufactured log cabin with a blue tin roof in an aspen grove—we were married there, and the cabin became this place for the family. Four or five years ago, there was a human-caused spark on a windy, dry summer day on Casper Mountain, and the whole thing burned down. It was sad at one level, but all the stuff that was in there wasn’t  really that meaningful; the place is what’s meaningful.

So, we had this opportunity to reinterpret how we would use the place. What we rebuilt is a completely different kind of building. It’s not enclosed; it’s more like a little folly, kind of a wildlife viewing platform, and a shady place to have a picnic. We cut down the burned trees and actually made the structure out of them. So, there’s this remnant of the memory of the forest and the fire that lives within the building. It’s called The Phoenix

What to ask Your Roofer Before Building in the Mountains