An Installation by the 2022 Pritzker Architecture Prize Winner 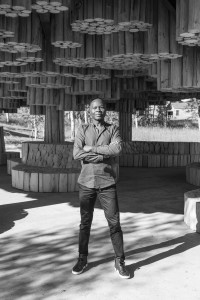 Architect Diébédo Francis Kéré stands next to his 256-square-meter installation Xylem. Named after the vascular tissue in plants that conducts water and dissolves nutrients upward from the root, the pavilion mimics a tree’s living structure. | Photography by Erik Peterson 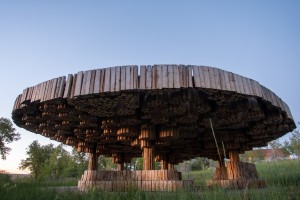 “Tippet Rise co-founders Peter and Cathy Halstead became familiar with Francis Kéré’s work in 2015,” says Pete Hinmon, co-director of TRAC. “When they saw photographs of the temporary structure, Louisiana Canopy, that Kéré had made at the Louisiana Museum of Art in Denmark for the exhibition “AFRICA: Architecture, Culture and Identity,” they were completely enthralled by his environmentally-conscious and mission-driven approach to architecture and envisioned creating a similar permanent pavilion at Tippet Rise.” 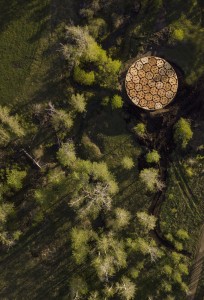 From a bird’s-eye view, the honeycomb-like structure made using locally sourced Montana materials strikes a happy balance between standing out and blending with the surroundings.

In undertaking the two-year-long project, Kéré knew the structure would have to withstand Fishtail’s snow-covered winters as well as offer shade from the summer heat. “A great deal of care was taken during the design process to create modulated steel and wood elements that could be fabricated off-site during the summer, while Tippet Rise was open to the public, and during the harsh winter months,” says Hinmon. 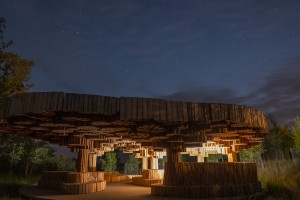 Located a three-hour drive from Big Sky, the Fishtail night sky floods with stars. Visitors from all over the world flock to Tippet Rise Art Center to enjoy the many large-scale sculptures scattered across 12,500 acres of land.

Flanked by an aspen grove, the recycled ponderosa and lodgepole blend with the natural setting. Illuminated with organic light shining through the honeycomb-like design, the 256-square-meter canopy balances sunshine and shade. Offset with a low-level roof and bundles of wood at different lengths, the intricate composition draws eyes upward. Across Kéré’s architectural work, he opts for materials that are indigenous, consciously making his projects work in tune with each natural climate. Finalized in 2019, the awe-inspiring structure nods to Kéré’s roots in Burkina Faso. Xylem loosely imitates a Mali toguna, which acts as a shady gathering place in Dogon culture. 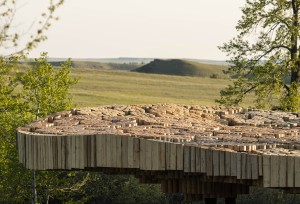 Already dead trees were used in bundles while being set at different lengths to create depth on the roof of the pavilion.

Kéré joined the profession of architecture shortly after his 30th birthday with his first project being a primary school in Gando, Burkino Faso. In order to finance the development, he launched his own foundation, Schulbaustein fur Gando (Bricks for Gando). Since then, he’s continued to create buildings that offer a service to humanity. Paired with his belief that everyone deserves luxury in terms of quality, his designs strive to create a positive impact on the users. 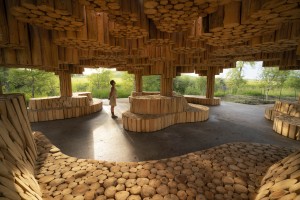 After a day of hiking or biking around Tippet Rise Art Center, built-in benches offer a shady rest spot between installations on the hilly terrain.

This year, Kéré earned the highest architectural honor, the Pritzker Architecture Prize. And with that, he became the first Black and first African-born architect to receive the award. His devotion to environmental sustainability alongside his passion for community-centered builds astounded the judges of the Pritzker Prize. 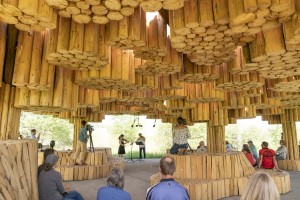 From time to time during the summer season, pop-up concerts and poetry readings take place at the pavilion. The shady design allows for enjoyment even amid the hot summer weather, making it a perfect community gathering place.

Since 2005, Kéré Architecture has made a splash globally. From an installation at the 2019 Coachella music festival to the National Park of Mali in Bamako, each of Kéré’s designs works effortlessly with its surroundings.

Old Becomes New in a Book by JLF Architects