An Expert’s Guide to Golden, Colorado 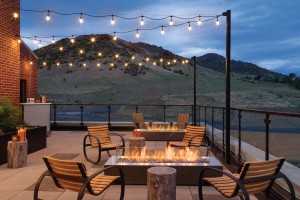 Looking for a quick getaway that has that mountain ambiance, but is close to the city? Look no further than Golden, Colorado. Just minutes from metro-Denver, it feels a million miles away. It is the perfect mountain escape and it doesn’t come with ski traffic.

Golden is also one of the most dog-friendly towns in Colorado. There’s even a Golden Retriever Day celebrated at the beginning of every February. Dogs are invited to stay at the newest hotel in town, The Eddy Taproom & Hotel, a 49-room boutique hotel, west of downtown Golden. The property is just feet away from the 8th Street Dog Park, open to the public. 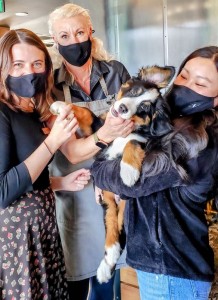 It’s an incredibly comfortable jump-off spot to everything there is to do in Golden, including hiking trails that are accessible right out the front door of the hotel. Take the dog on the Clear Creek Trail towards downtown or hike into the hills for a heart-pounding climb that leads to incredible views of Golden.

The Eddy is Colorado through and through. In the taproom, a moose head hangs over the fireplace made of Western-inspired fabric. A wall of windows lets in all that high elevation sunshine and separates that taproom from the large patio area. Sit at one of the cozy fire pits sipping a Colorado microbrew and the cares of the day drift away. 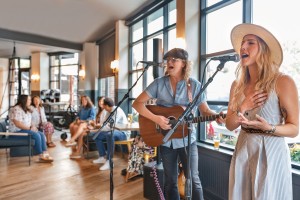 While hiking is a wonderful pastime, be sure to spend time in downtown Golden. Fuel up with a coffee from Generous Coffee Shop at the Tributary Food Hall & Drinkery. Duck into the alley and join the locals in line for a donut at Back Alley Donuts. Lunch on tacos, fried chicken, barbecue, or tacos on the rooftop patio of Golden Mill, one of the coolest food halls I’ve visited. 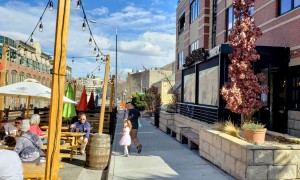 Dinner is easy because The Eddy has its own taproom and food truck. Truck Eddy serves up barbecue on the weekend and is said to be the best barbecue in Golden. Visiting during the week? The taproom has a menu too. Order the wild boar chili with the wild mushroom French dip. 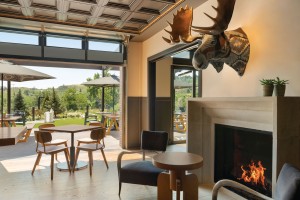 Spend the evening enjoying live music in the taproom or sit with a cocktail on the guests-only hotel rooftop patios, and watch the sun go down while warming up next to the rectangular fire pits. In the morning, the sun fills the taproom, falling over muffins, bagels, yogurts and more at the hotel’s expansive continental breakfast.

Whether it’s for a college visit to Colorado School of Mines or a vacation close to Denver, Golden, Colorado and The Eddy Taproom & Hotel make a fantastic getaway. And don’t forget to bring the dog.

The Old & New in Leadville, Colorado