Places to stay, restaurants to try and even tips for visiting the resident troll

There are a few places that Coloradans claim as their very own, and Breckenridge is such a town. It is, of course, popular among visitors too and it’s easy to understand why.

Breckenridge is one of those ski towns that is alive year-round and it’s very real. It has Victorian charm, ghosts, history and lots of restaurants. In fact, its food scene has come a long way in the past several years.

Last month, we spent a weekend in Breckenridge doing entirely new-to-us things including Still on the Hill, the town’s long-running Craft Spirits Festival. 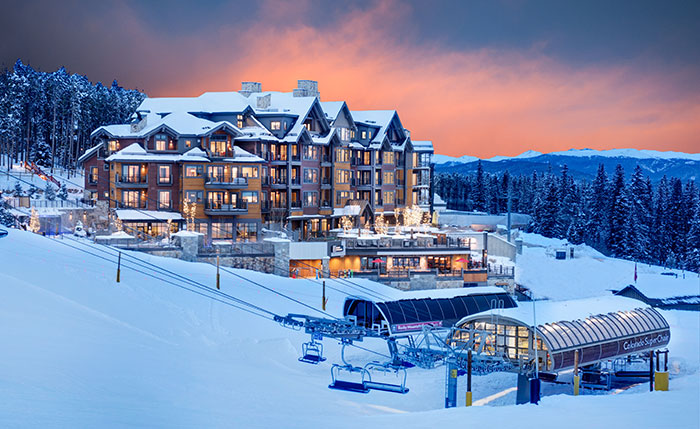 During this trip we stayed at the new Grand Colorado on Peak 8, a property with lots of amenities as well as an ideal location for skiers. Booked for two nights, we stayed in a suite with a living area, kitchenette, large bathroom and one bedroom.

Still boasting that “new” smell, Grand Colorado on Peak 8 is currently undergoing the last stage of development with the final building going up now. Once completed, it will be home to additional residences as well as a ski rental facility, childcare center, a coffee shop and more. 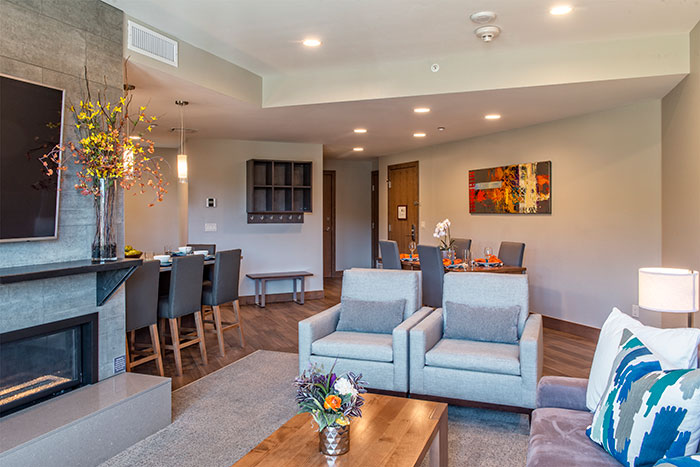 Currently, Grand Colorado on Peak 8 features some of the finest amenities in Breckenridge including four movie theaters, a beautiful pool and hot tub area that faces the slope, a delicious restaurant with friendly staff (a real bonus in any ski town) and a host of family and child activities, plus the Infinity Spa.

A shout out to Cameron, the bartender at Robbie’s Tavern, the locally-owned restaurant inside of Grand Colorado. He’s one of the best we’ve encountered during our travels. 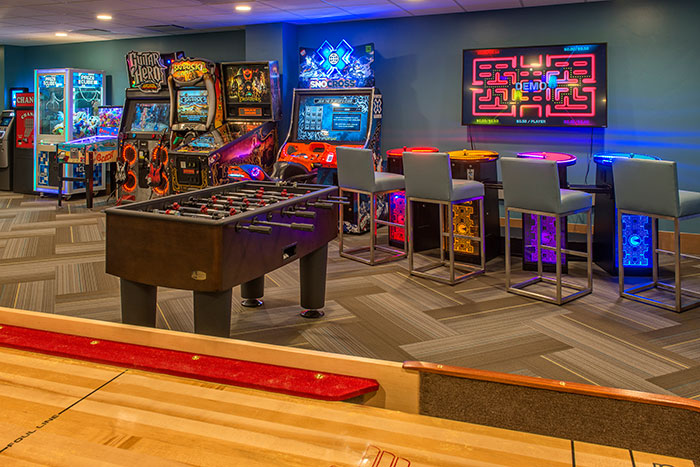 Grand Colorado is a property that caters both to the family traveling with children (four-bedroom condos are available),and to the couple traveling to enjoy the finer things in life such as the Infinity Spa’s adults-only Grotto.

We hit two new spots for dinner in Breckenridge, including PHO REAL, a casual Vietnamese restaurant serving pho and vermicelli. The place is tiny and off of Main Street but for a fast, warming meal, it’s definitely worth stopping here. 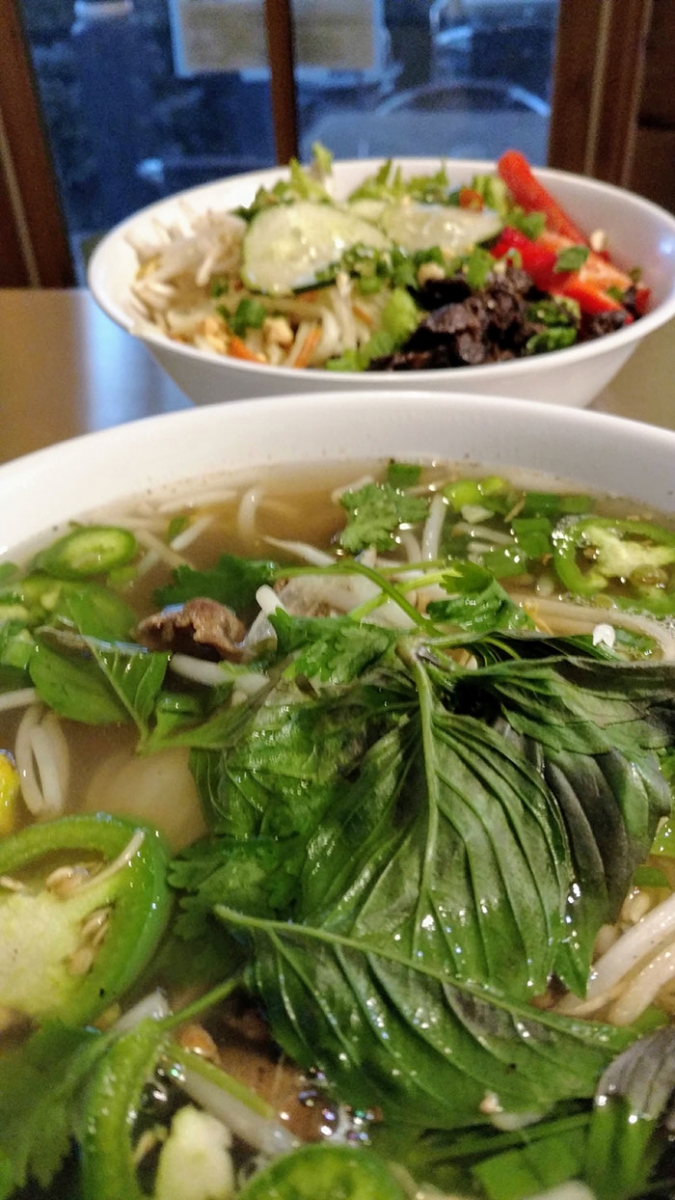 If you’ve followed HeidiTown at all, you know that I’m on a bit of a taco kick that’s been going on most of my life, so we tried Breckenridge's newest taco joint, Sancho Taco.

We sat at the bar and ordered tequila, tacos and a bag of chips. Yes, their chips are served in a brown paper bag with great salsa. Sancho Taco is good, and while I wasn’t blown away by their tacos, I would go back. It’s affordable food in Breckenridge in a fun environment.

Lastly, we grabbed breakfast on the way out of town at a longtime favorite, Daylight Donuts. With license plates as decoration and a super nice staff, whether you come for a donut or a breakfast burrito, it’s important that you go to Daylight Donuts in Breckenridge, but bring cash as this is a cash-only establishment.

Everyone knows Breckenridge as a ski town but lately, the town has become known for their resident troll. The Breckenridge Troll has gained fame (some would say notoriety) since his installation along the Wellington Trail in August. 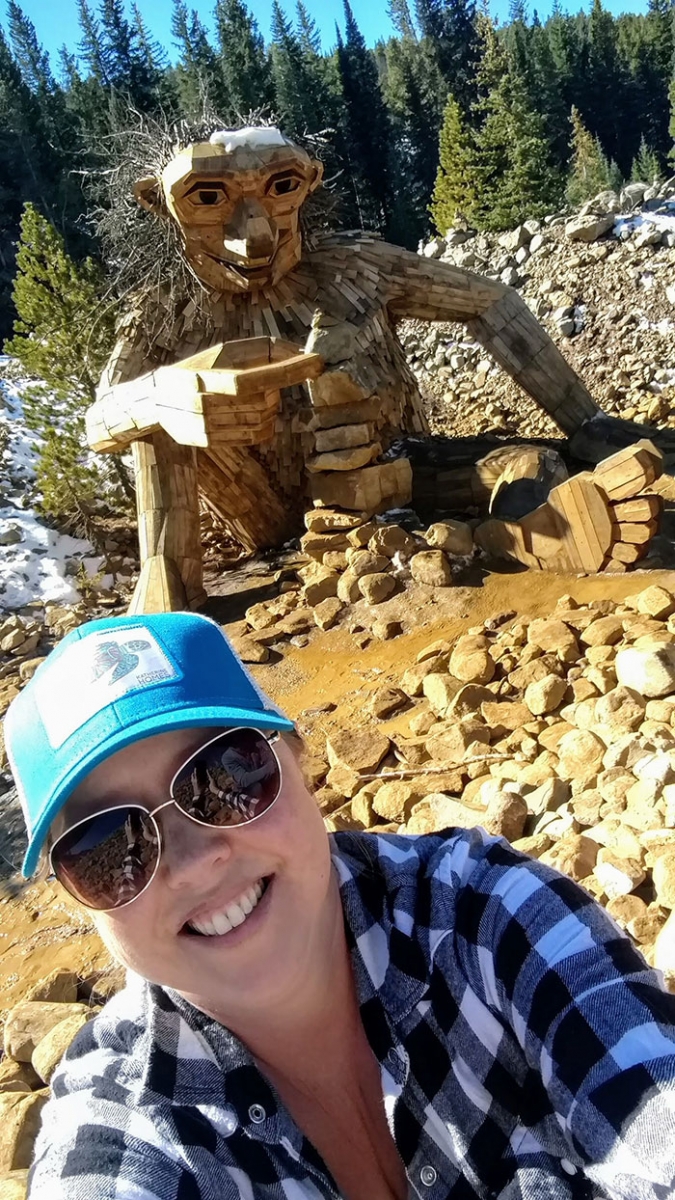 Originally part of the Breckenridge International Festival of Arts, Isak Heartstone is a 30-foot wooden troll by artist Thomas Dambo placed along the trail and has provoked awe as well as ire. The local neighbors aren’t especially happy with the troll who is staying put after city council discussed the issue. 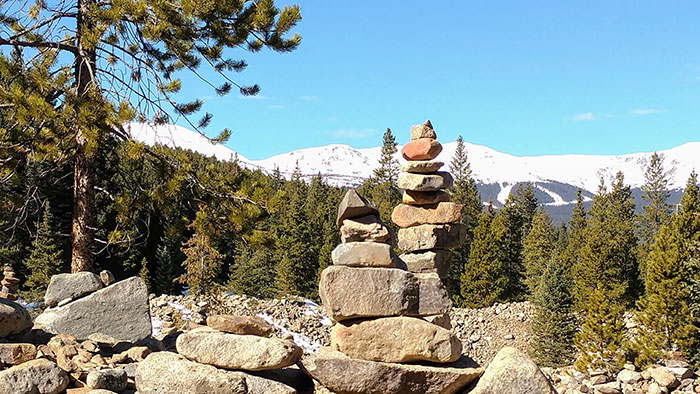 Cairns near the Breckenridge Troll. Photo by Heidi Kerr-Schlaefer

The gist of the matter is this: Isak Heartstone is one of the coolest public art displays I’ve seen, but I see both sides of the issue. His presence has caused more traffic to come into the neighborhood, both car and foot traffic.

So here is the deal: take the bus and be respectful of the neighbors. Here are the rules about visiting the Breckenridge Troll. Please follow them closely so that others will be able to spend time with this amazing work of art.