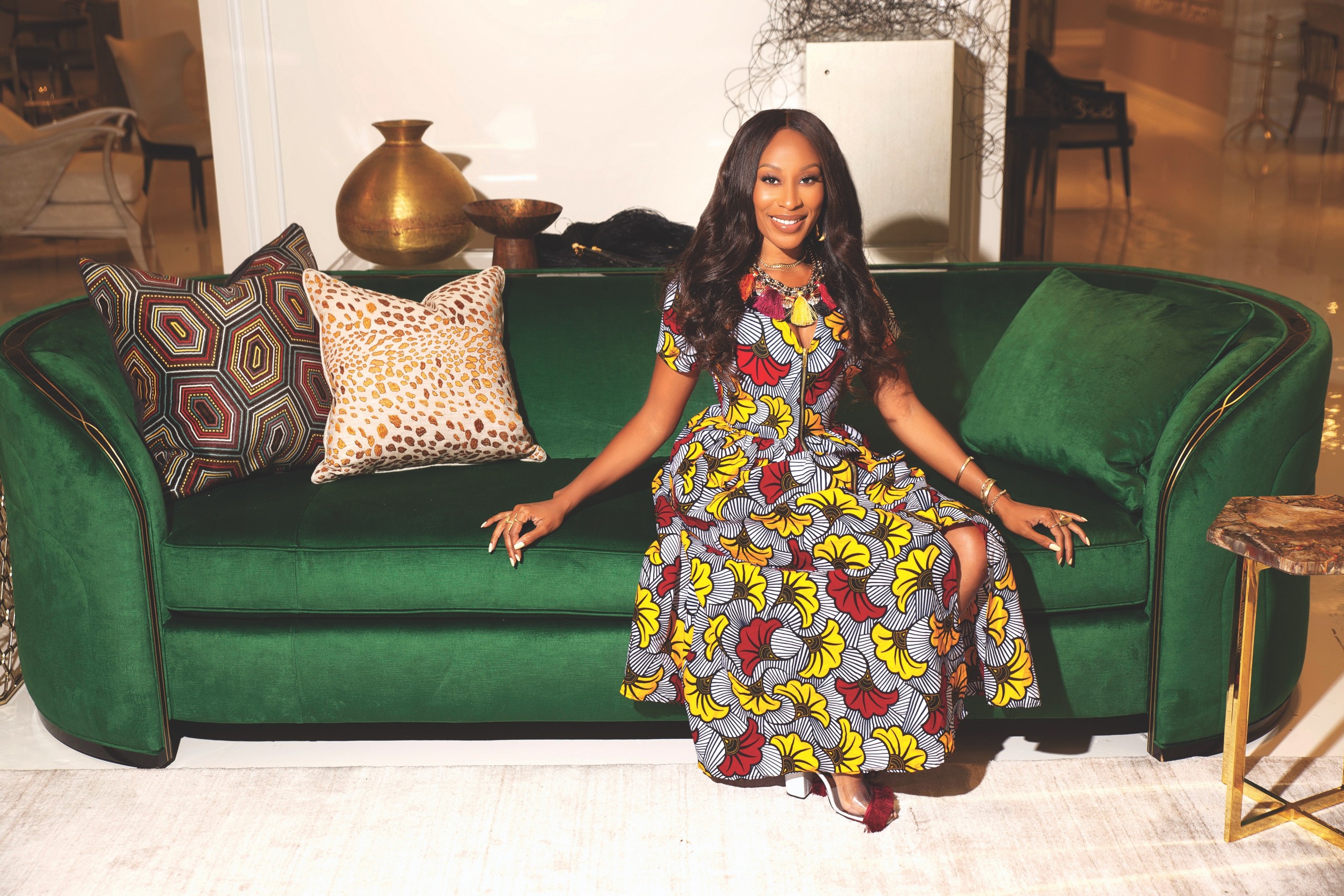 Interior designer Keia McSwain sits on an emerald velvet sofa, wearing a dress and statement necklace with technicolor influences of North Africa. | Photo by Will Sterling.

NeKeia “Keia” McSwain, principal designer of Kimberly + Cameron Interiors, creates rooms that are stylish departures from the expected. Her dramatic use of sun-warmed colors and embossed leather are showstoppers. 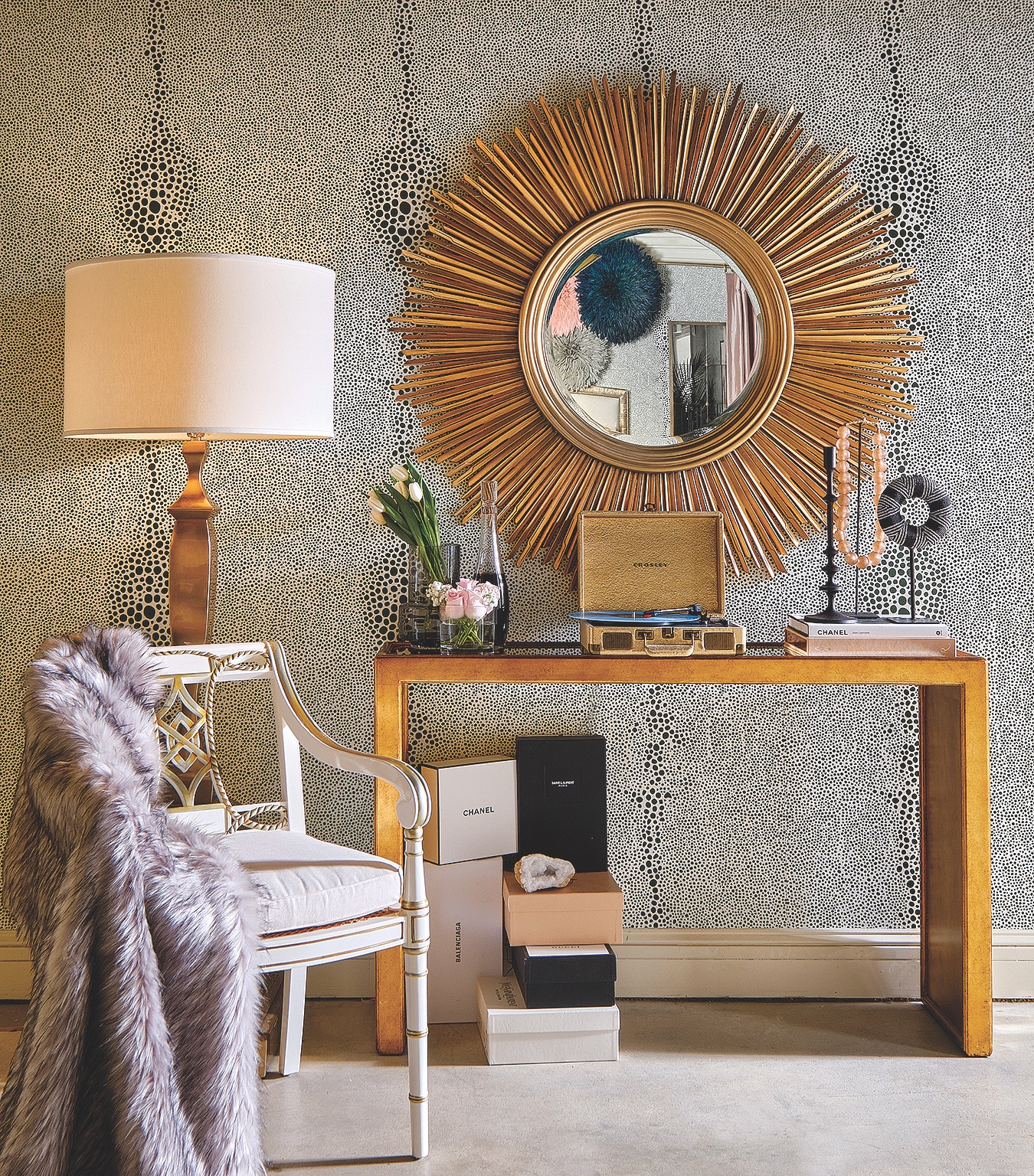 A retro sunburst mirror hangs above a modern interpretation of the classic Parsons table. Photo by Brad Bunyea.

She has a knack for pairing antiques (perhaps a treasured family heirloom) with bold modern pieces. Art and books are a must for every room she designs—as are richly layered patterns and textures. In abundance. “Yes, yes, I layer everything,” she says, smiling and calling herself the Layering Queen. She has recently moved her business to Colorado and is looking forward to designing for clients in Denver and the mountains. 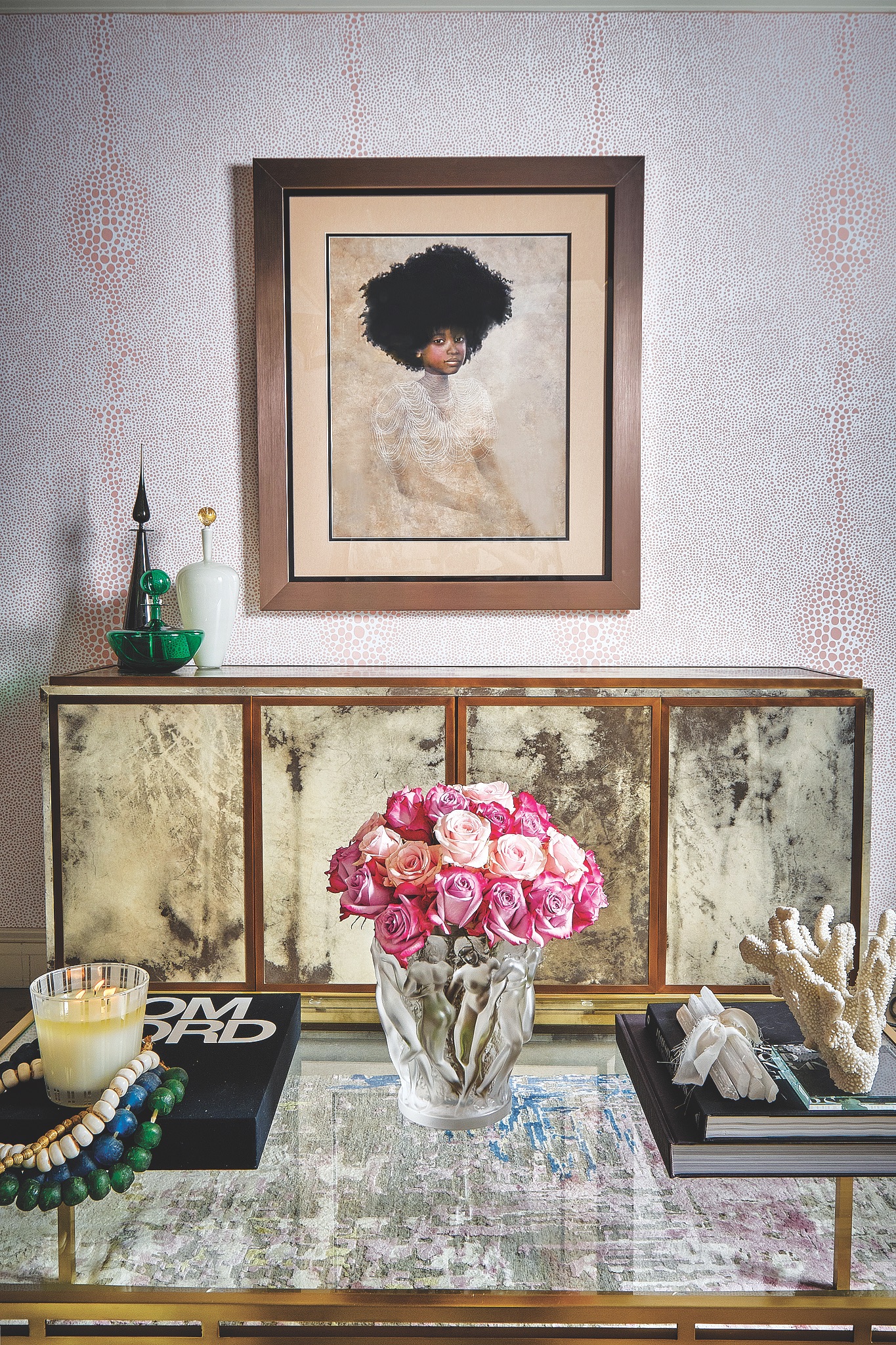 McSwain artfully layers colors, textures and patterns. Her rooms are both elegant and playful. Photo by Brad Bunyea.

From early childhood, McSwain was aware of the importance of interior design. “My parents liked style and fashion,” she says, remembering her mother giving their Hattiesburg, Mississippi, home a fresh new look every season by changing the curtains and cushions. “Our home was a representation of who we were … so good design mattered.” 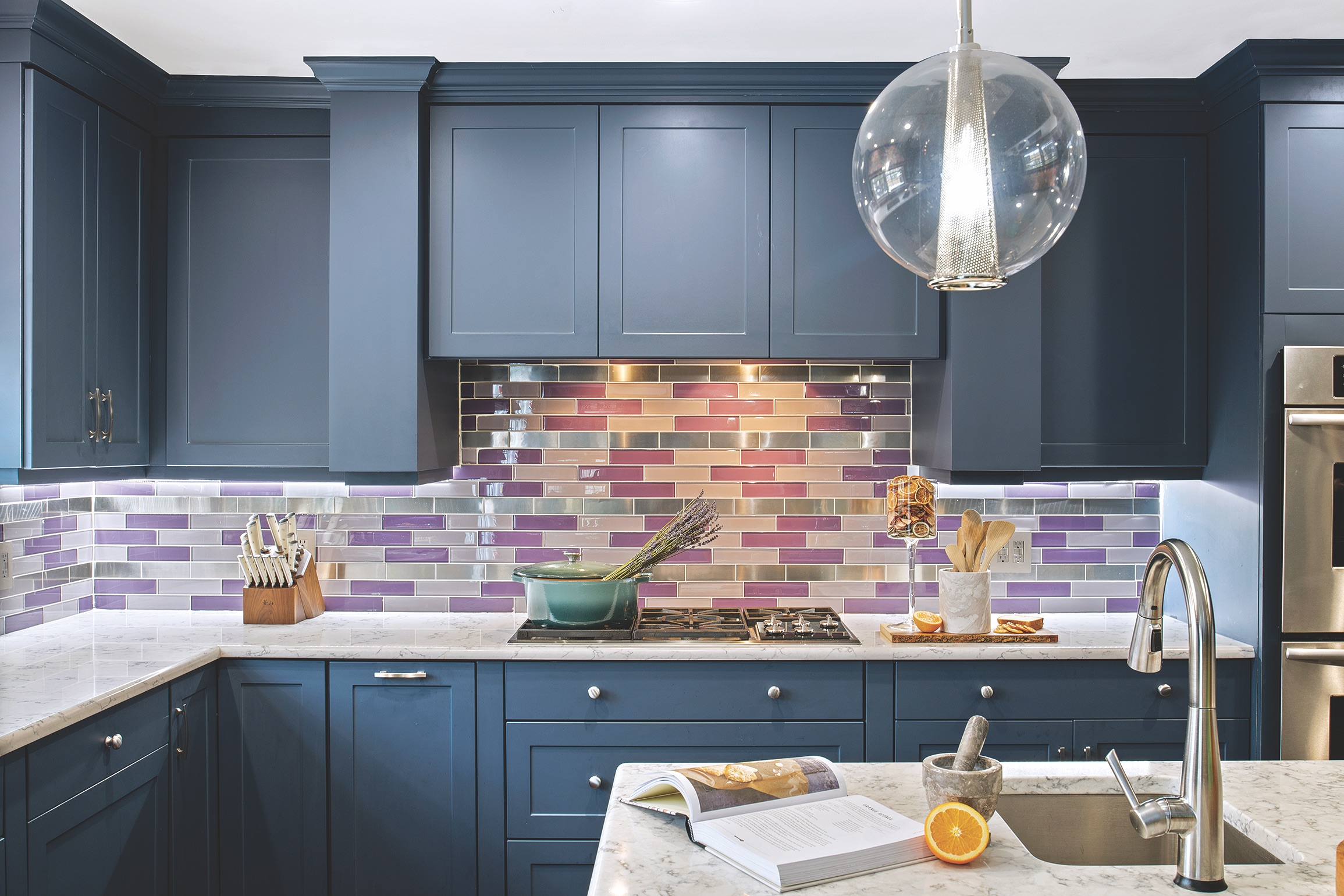 The dark teal of the kitchen cabinets is echoed in the subway tile backsplash. Photo by Rayon Richards.

A young Keia was given a free hand to decorate her own room. “I was not like other kids … I was always begging to buy nice things not for myself but to make my room a place of comfort,” she says, never imagining that she would eventually “make a living at it.” After graduating from college, she envisioned law school but, in the meantime, took a job at one of Atlanta’s top kitchen and bath showrooms. And that changed the trajectory of her life. Soon she was carving out time to attend conferences of the American Society of Interior Designers (ASID) and visit show homes spotlighting the work of influential designers. 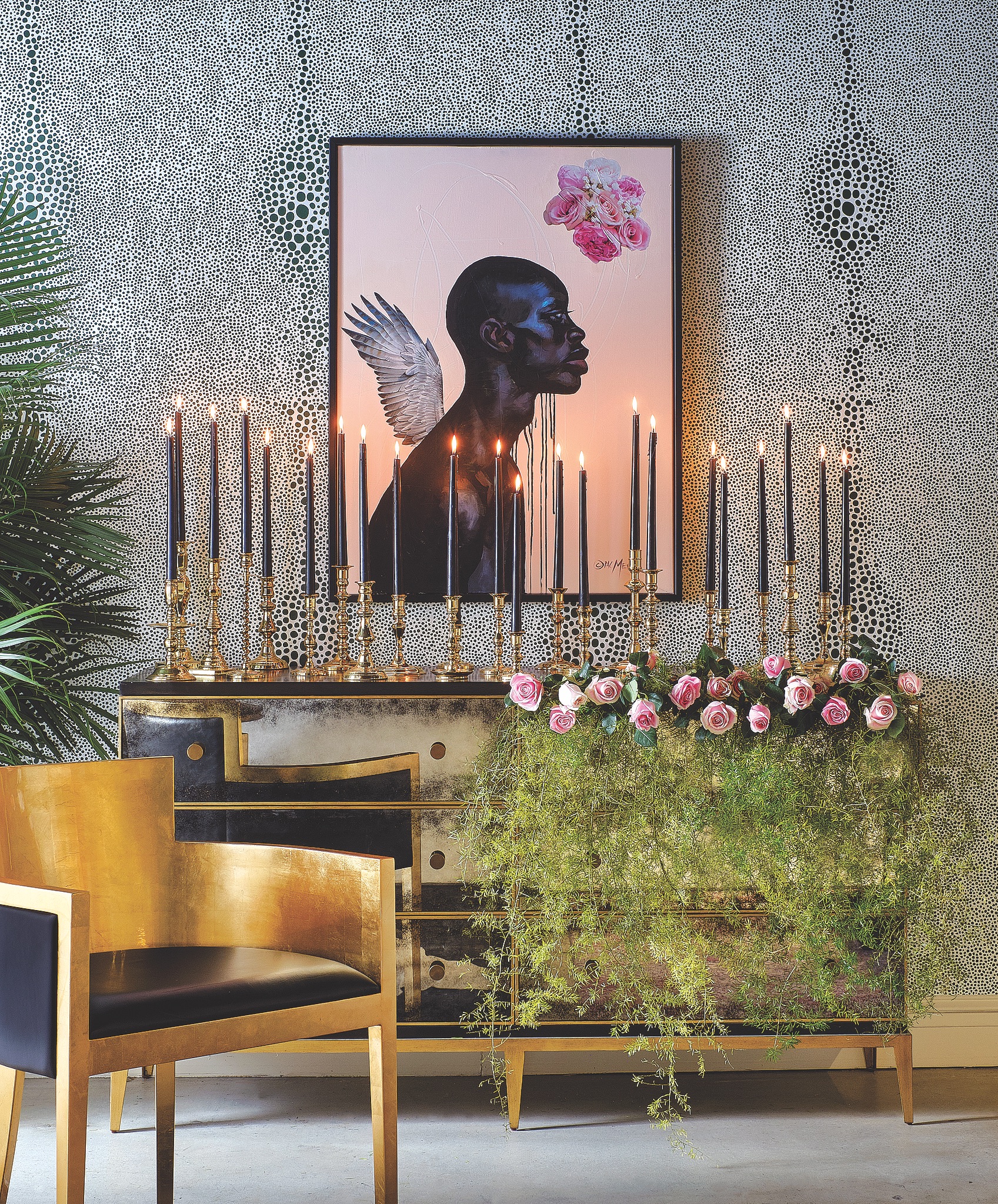 An embossed leather-inspired wallpaper provides an elegant backdrop for large-scale artwork. The painting is by Atlanta-based artist Charly Palmer. Photo by Brad Bunyea.

Black interior designers were a rarity. At an ASID conference, she met Kimberly Ward—a highly regarded interior designer and the only other Black woman there. “She said, ‘Hi, I’m Kim. Come walk with me,’” McSwain recalls. 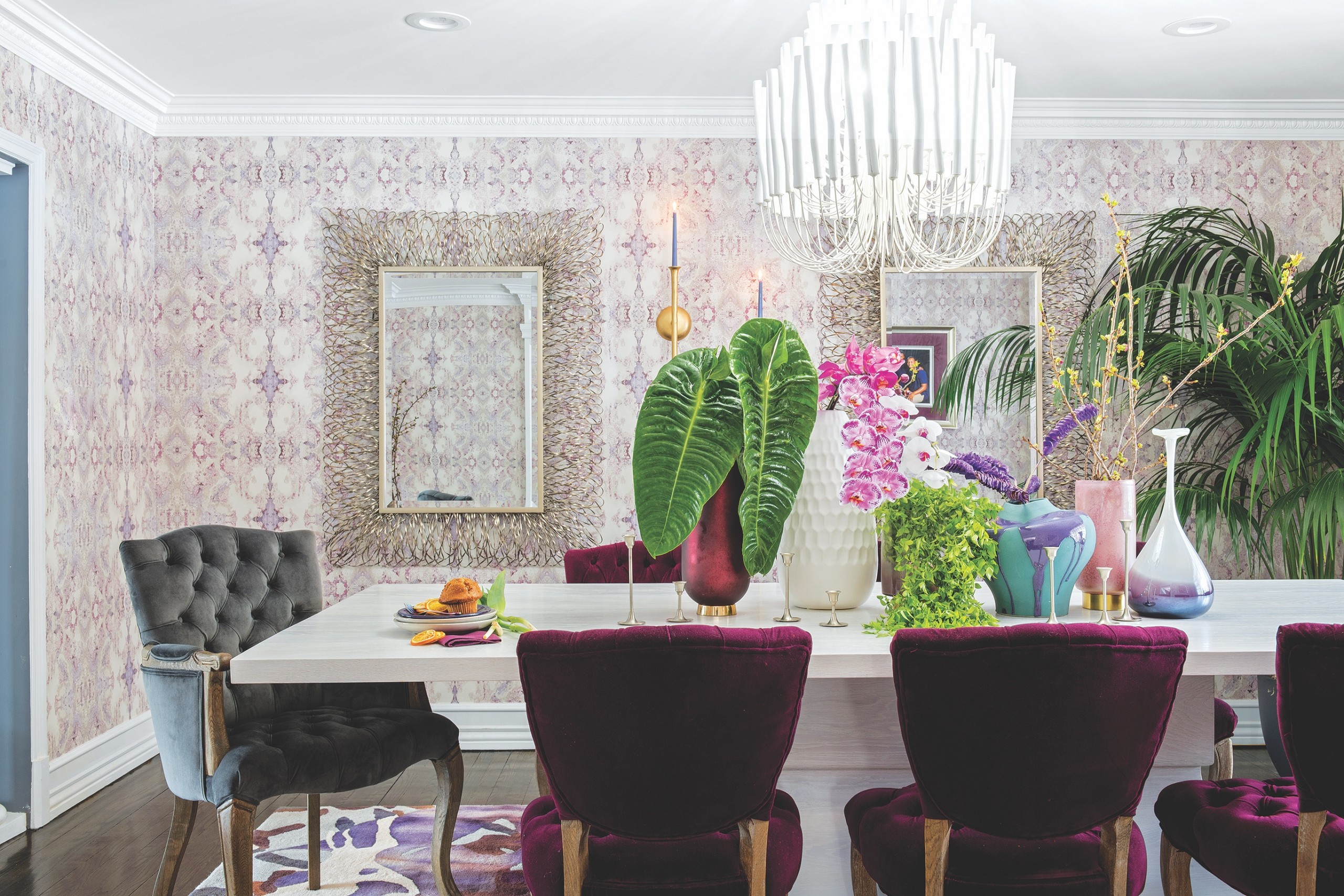 Tufted velvet-covered chairs encourage lingering in this rich, maximalist dining room which is both nostalgic and very much of today. Matching mirrors on the wall reflect light from the looping, jewel-like crystal chandelier. All the elements harmonize with each other in a romantic and mesmerizing way. Photo by Rayon Richards.

Soon they became friends, and Ward, recognizing McSwain’s nascent but untutored talent, asked her (in 2014) to join the firm—Kimberly + Cameron Interiors—as a junior designer. The journey started with what seemed to McSwain like a million books to read—about architecture, art and iconic interiors. “Kim’s goal was to have me dip my toe into every aspect of what she was doing,” says McSwain. 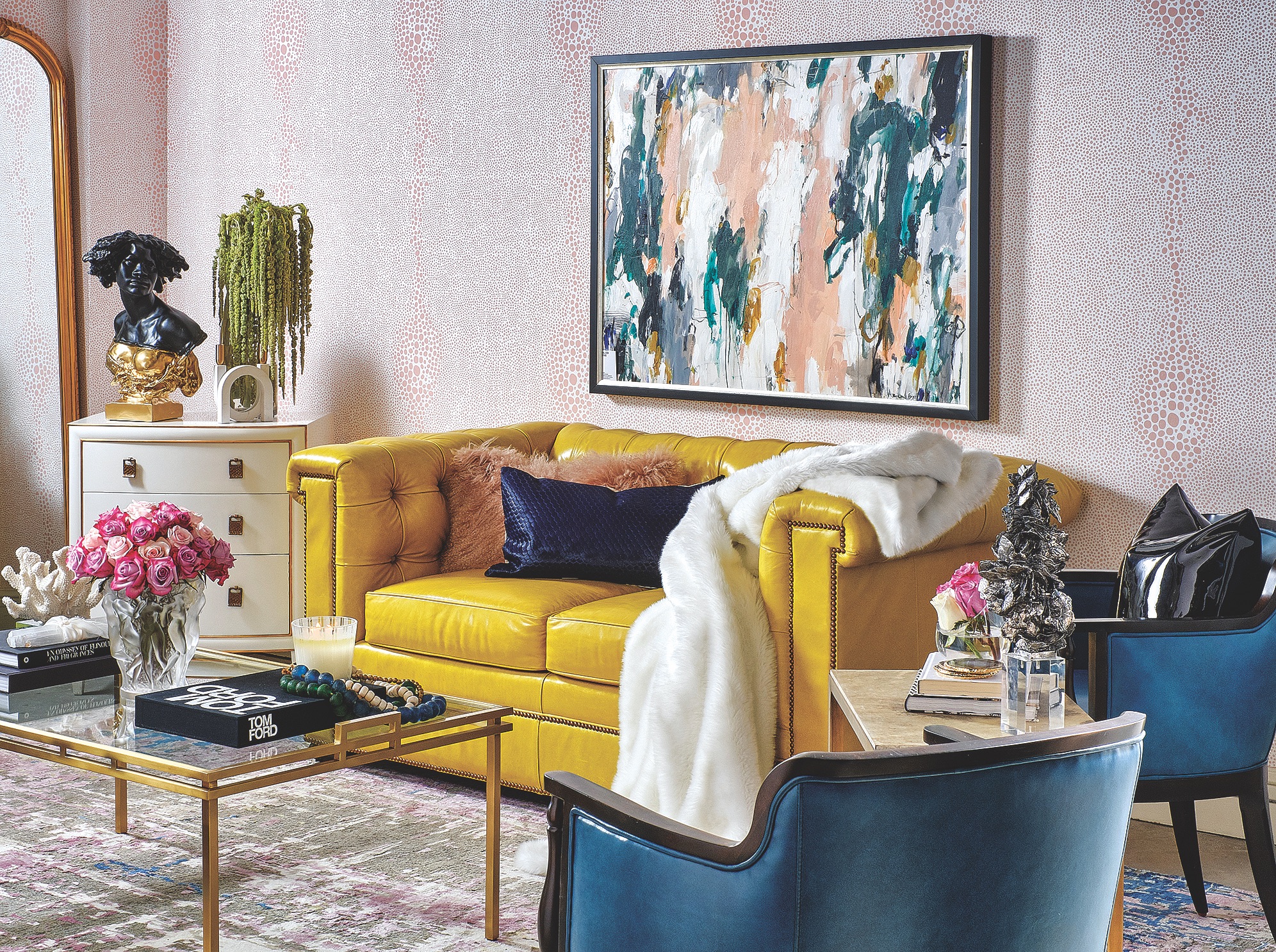 In a gutsy color combination, a mustard-colored sofa plays off blue velvet chairs and a large abstract painting. “Everything in a home tells a story,” says McSwain. Photo by Brad Bunyea. 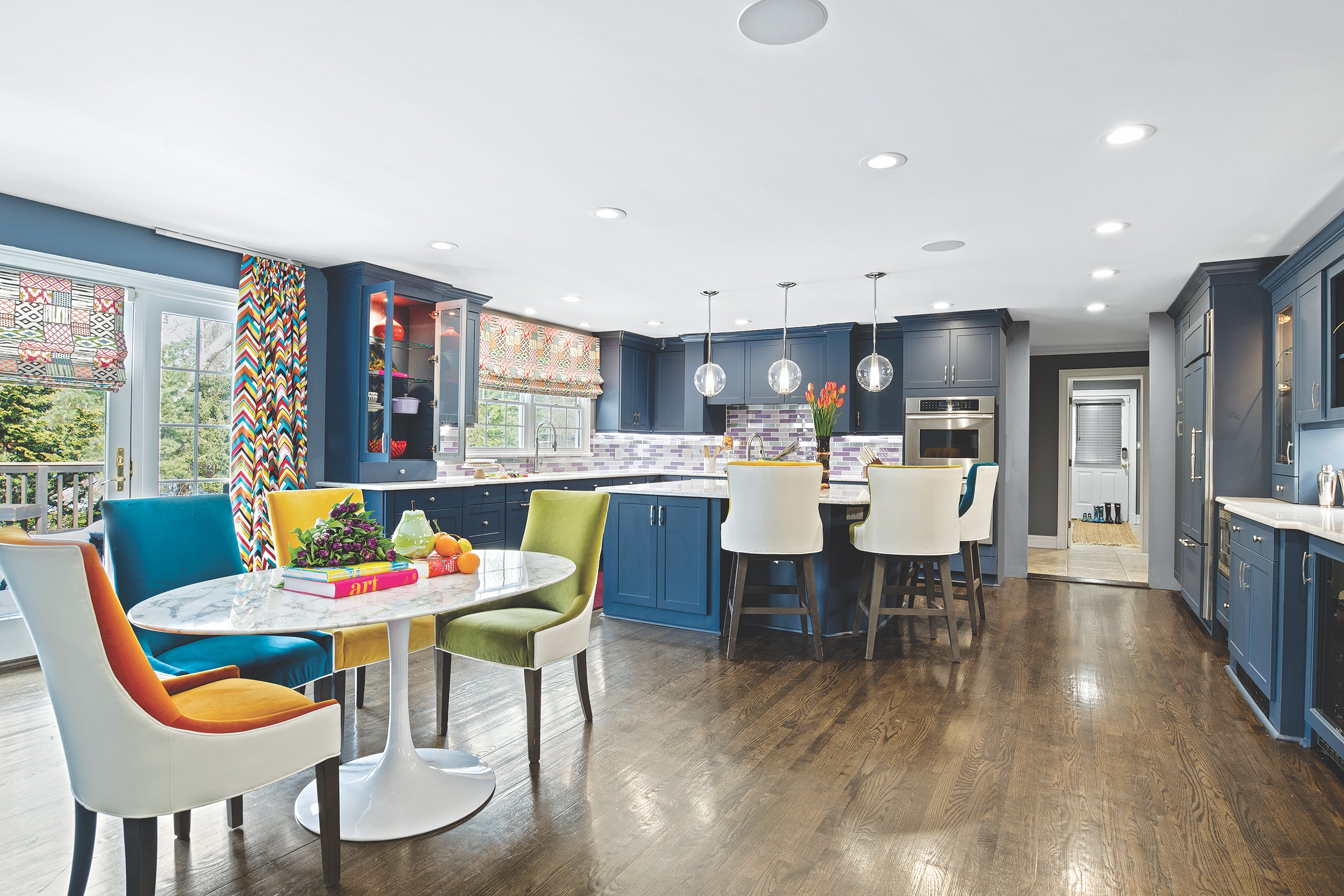 In this bright, open kitchen, McSwain’s bold, rich colors (in the draperies and shades) are reflected in the upholstery of the chairs surrounding the modernist Tulip table. Photo by Rayon Richards.

“Kimberly mentored me for two-and-a-half years,” says McSwain. Then, in 2017, the unthinkable happened. Ward, just 42, lost her battle with cancer. But her vision did not perish. Before she died, she placed the reins of both Kimberly + Cameron and BIDN firmly in McSwain’s capable hands. McSwain jumpstarted strategic partnerships with industry leaders like International Market Centers and High Point Market Authority, and she set up panels with the New York School of Interior Design.

She recently launched the BIDN Ally network for non-Black design professionals to become aware of the depth of experience and creativity within the Black interior design community and “to engage in important, sometimes uncomfortable, conversations about actionable ways to close the equity gap with Black designers,” she says. 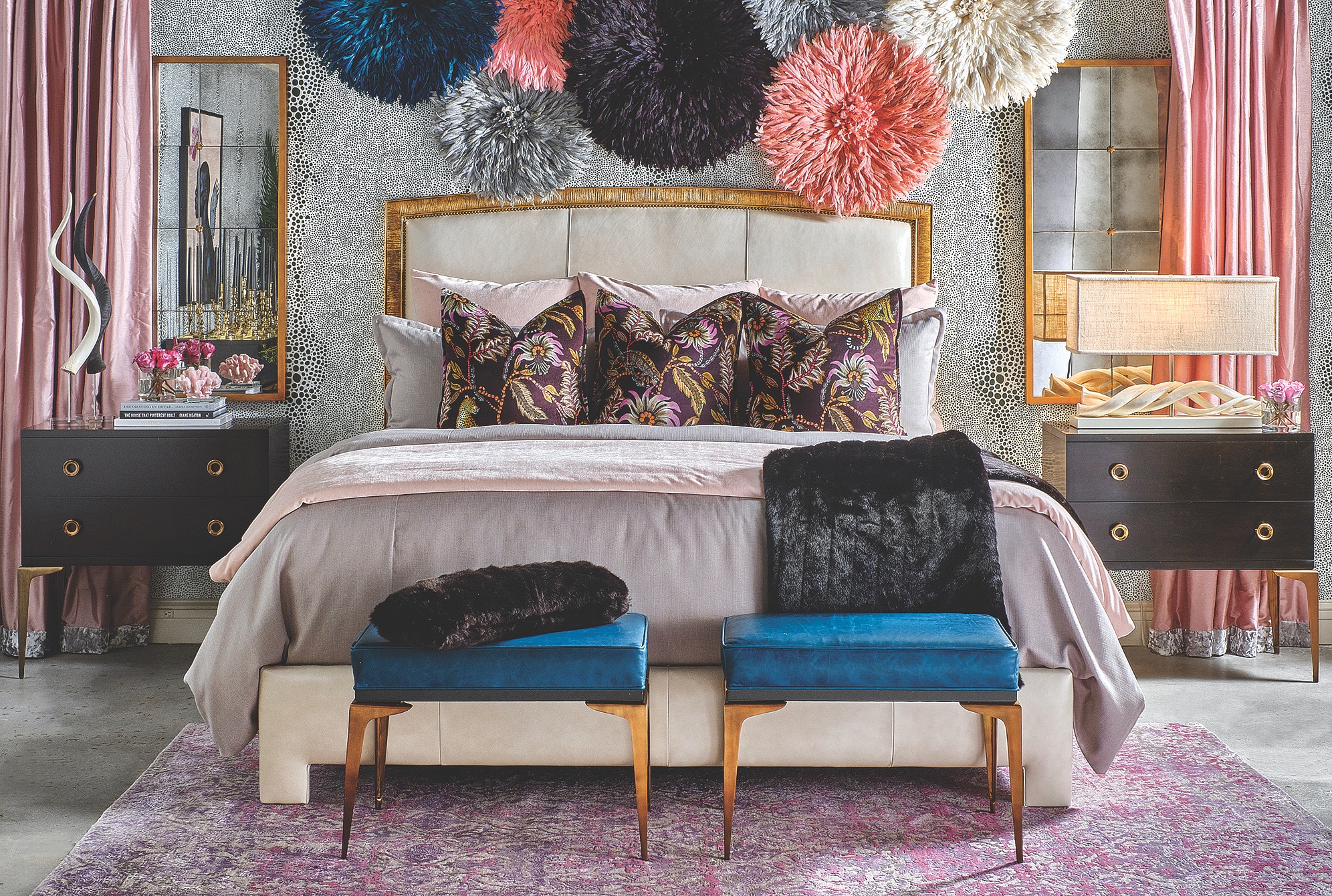 Bedrooms should be comfortable and restful but that doesn’t mean the décor has to be boring. Here again, McSwain uses prints, colors and texture—fearlessly juxtaposing solid, angular silhouettes with shapes that are soft and round. A burnished bronze bling comes from the headboard frame, chair legs and mirror frames. Photo by Brad Bunyea.

“One of the most important things Kim taught me was that if you have a gift inside of you, it has to come out,” McSwain often tells attendees at the annual Black Interior Designers Conference, one of BIDN’s biggest events (the next one will be held in Las Vegas in summer 2021).

“It’s OK to shine and to stand out from the ordinary. I’m here to remind you that you are great … that the dreams and struggles we deal with every day are what help us grow.”