A Fall Road Trip to Remember

From Denver to Telluride and stops along the way, don't miss this spectacular autumn drive

In Colorado, fall means the smell of green chiles being roasted, the crunch of colorful leaves underfoot and a crispness in the air that can only herald the change of season.

While the East Coast boasts an array of colors in the fall, the Rocky Mountains put on their own fantastic autumn display. One of my favorite activities at this time of year is to drive over Monarch Pass. The aspen trees here rival anything I’ve ever seen (and I’ve been to New England in September). 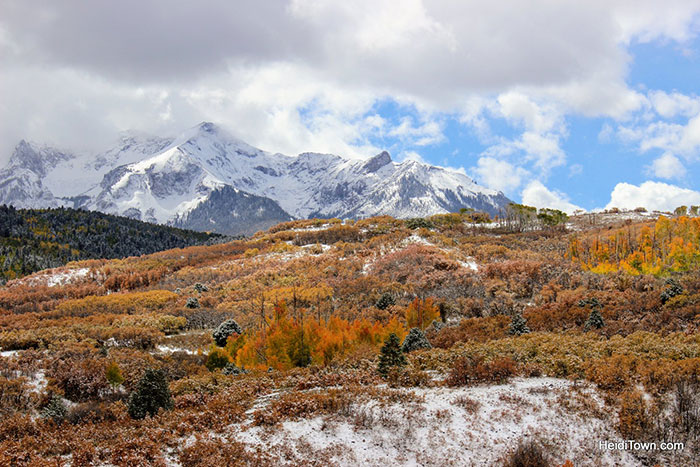 Near Ridgeway, between Ouray and Telluride. Photo by Heidi Kerr-Schlaefer.

Here are some of my favorite Colorado fall destinations that require a drive over Monarch Pass if you start in the Denver area.

First, one must drive over Kenosha Pass (Hwy 285), through Park County and over Trout Creek Pass towards Buena Vista. During September and October, this drive reveals clusters of aspen trees in the distance and even the occasional herd of antelope. The panorama of the Collegiate Peaks as one descends into the Arkansas Valley is purely breathtaking. 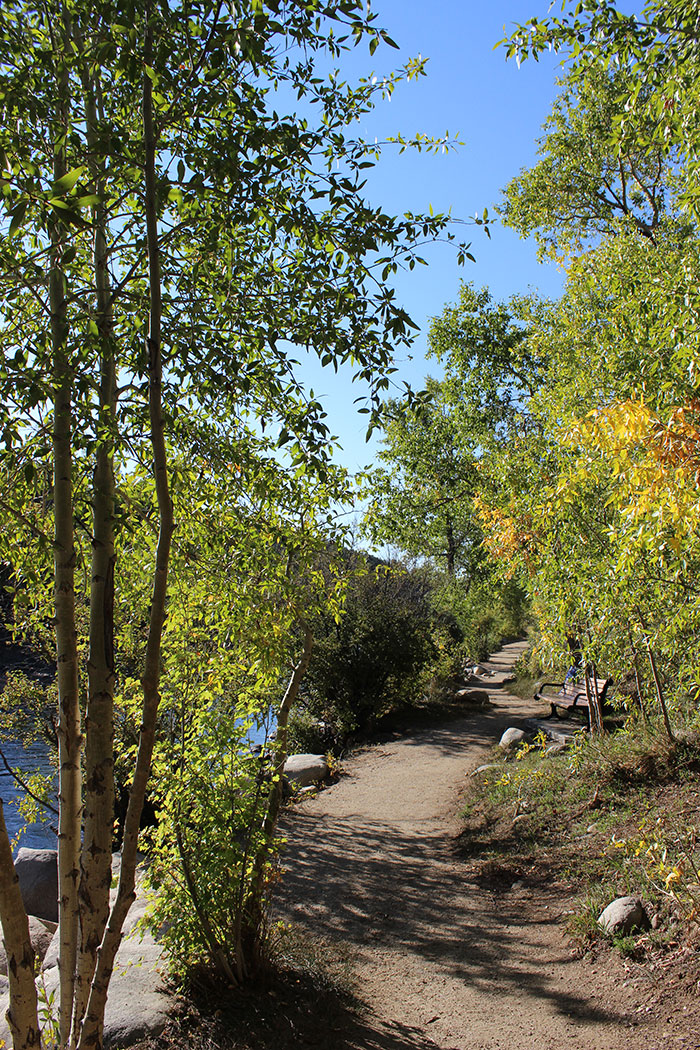 Buena Vista and Salida, two towns along the Arkansas River, are both great fall getaways that average a nice mild temperature even as snow begins to fall on the surrounding mountains.

Continuing south on Hwy 285 toward southwest Colorado, turn right onto US50 and began the climb up Monarch Pass. As stated above, this part of the Rocky Mountains really pops in the fall.

Driving down Monarch Pass into the Gunnison area is a wonderful drive. It is beautiful at any time of year but it is especially vibrant in the fall. There are many locations to hit along this route including Crested Butte.

As one of Colorado’s most picturesque towns, there are many reasons to swing by Crested Butte, but a stop at the newly expanded Center for the Arts should be on the agenda. The Crested Butte Film Festival will take place at the new art center September 24 through 29. 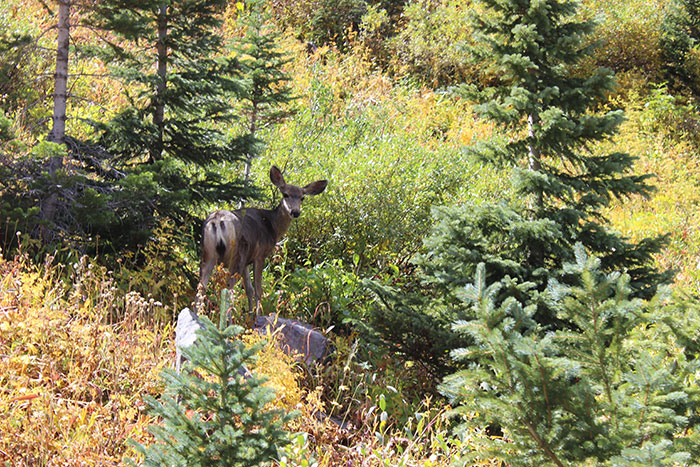 The Gunnison River flanked by hundreds of golden trees is a sight to behold, and there are many stops along this river and its tributaries where you can soak up the autumn sunshine and view.

From Montrose, take US550 south into Ouray, a quintessential Colorado town. We’ve spent several amazing weekends here as the San Juans Mountains go from yellow and orange to white with snow. Taking a jeep tour in Ouray during autumn is a marvelous experience. I know I won’t soon forget our September outing with Alpine Scenic Tours. 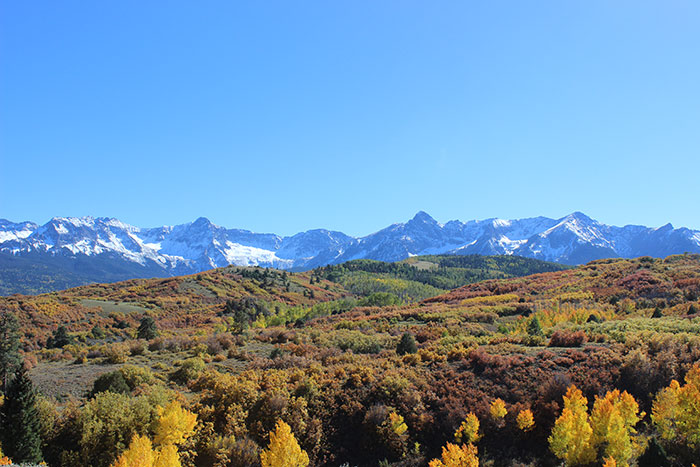 Just outside of Ridgway, be sure to stop at the Dallas Divide overlook to take pictures of this popular view. If autumn is at peak color, there will be professional photographers lining up along the fence, working to get the perfect shot of this splendid view.

Drive a bit farther and you’ll hit Telluride, an iconic Colorado town. The Telluride Historical Museum tells the story of the town, from the beginning to it becoming a playground for the rich and famous (and the rest of us).

Unknown to many of the town’s visitors is Telluride’s fascinating electricity story. In 1891, Telluride became the world’s first city to be electrically lit, beating even Paris, the City of Lights. The museum relays this story to visitors and much more.

So there you have it; this drive from Denver to Telluride with stops along the way is spectacular, but it becomes extraordinary in September and October.