70 Years of Music in Aspen

As one of America’s flagship arts institutions, the timing is right for the Aspen Music Festival and School to ask, through the lens of great music, what it means to be American this 2019 season.

In celebration of its 70th anniversary, this season will run for eight weeks and feature more than 400 events, from June 27 – August 18, 2019. The 2019 season explores the theme of "Being American," with works by Gershwin, Ives, Wynton Marsalis, and Copland, including Appalachian Spring; works by emmigré composers; and settings of the poetry of Whitman, Melville, Dickinson, and Poe. 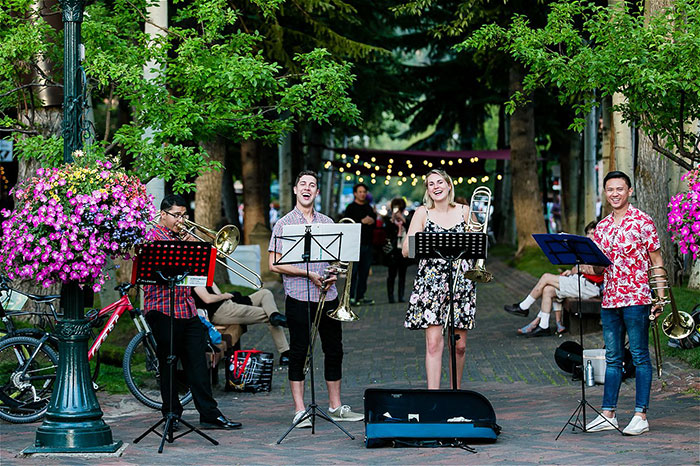 “Being American” is the major strand woven through Aspen’s anniversary season, led by Music Director Robert Spano. It will feature new and recent works by American composers from the Aspen Music Festival and School’s own artist-faculty such as Stephen Hartke, Christopher Theofanidis, Edgar Meyer, Donald Crockett and Alan Fletcher; by composers from immigrant backgrounds such as Kati Agócs, Gabriela Lena Frank and Vijay Iyer; and by émigrés such as Bartók, Rachmaninoff and Stravinsky, all of whom made America their home later in life. 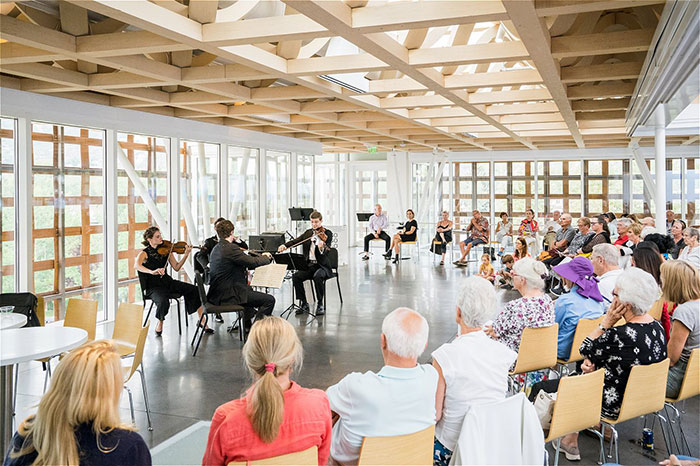 “From the founding of America’s great orchestras to the ‘Italian Opera’ so beloved by Walt Whitman, from Eastern European Jews fleeing the pogroms and bringing us the Coplands and Gershwins to brilliant emigres fleeing Fascism and transforming American composition, all the way to the great Asian-born stars of today, first-generation immigrant families have always been at the center of classical music in America,” says AMFS President and CEO Alan Fletcher.

Like the composers featured this 70th anniversary season, the musicians performing their works represent a wide swath of the American experience, whether visiting artists, members of the AMFS artist-faculty who come from the preeminent classical music teaching and performing institutions in the United States and worldwide or AMFS students, who come to Aspen from 40 U.S. states and 34 other countries.

For a complete calendar and to purchase tickets, visit aspenmusicfestival.com.