3 Mountain Breweries You Should Visit

Located north of downtown Breckenridge, surrounded by warehouses, you’ll find Broken Compass, the town’s second brewery. Opened in May 2014, this new brewery has quickly become a favorite of locals. People come here for the outstanding beer and chill atmosphere.

We always stop at Broken Compass when we’re in town. The last time we stopped in, we struck up a conversation with a couple locals who have made this brewery their new watering hole.

Broken Compass’ head brewer, Jason Ford, makes great beer, and you don’t have to take my word for it. Their Coconut Porter won a medal at the Great American Beer Festival earlier this fall. 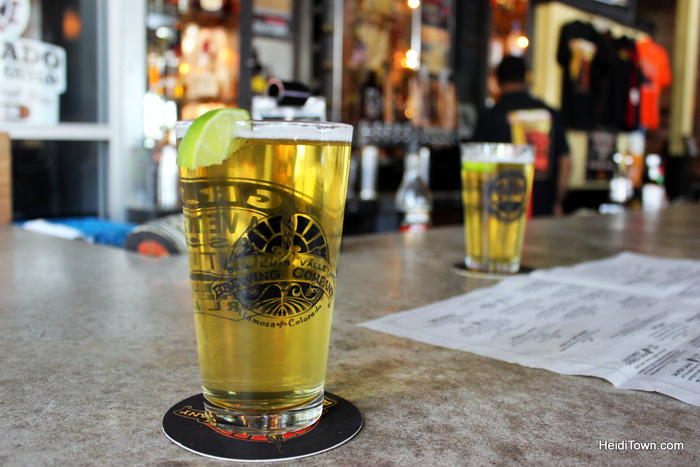 I’d tried San Luis Valley Brewing’s beer several times before I visited their brewery in Alamosa this past summer. In fact, their green chili lager Valle Caliente was my favorite beer at the 2014 Winter Park Beer Festival.

This summer I finally got the opportunity to check out the brewery, which is located in an old bank building in downtown Alamosa. The original vault is still visible behind the bar. The sunlit brewery and restaurant was open in 2006, and serves up American fare alongside their well-crafted beers.

Surrounded by the Sangre de Cristo Range, Alamosa is located in one what is thought to be the highest and largest alpine valley in the world. The State of Connecticut could easily fit on the valley floor.

Founded in 2008, Revolution Brewing is located in an old church in downtown Paonia, one of Colorado’s true hidden gems. The area is littered with farms and local restaurants serve up the bounty on a nightly basis.

An afternoon rain shower had just subsided as we walked up to Revolution Brewing after a day of touring Paonia with a stop at The Living Farm.

The outside patio’s tables and chairs were soaked, and it took a group effort to dry everything off. In doing this chore we were suddenly friends with perfect strangers and enjoyed a flight of delicious beer while learning about the local farm economy from Molly, a baker and farmer at Small Potatoes Farm. This was one of my favorite Colorado brewery experiences!