“There was no one doing lighting design in Aspen when I got started,” says Robert Singer, who has been illuminating residential and commercial architecture since the native New Yorker launched his company in 1981, after cutting his teeth lighting theatrical productions, large entertainment venues and iconic nightclubs like Studio 54 and The Tunnel.

“Seeing how lighting affects people emotionally got me excited, and I had an aptitude towards it,” Singer says. “Lighting has the ability to elevate the spirit and make a home truly exceptional.” 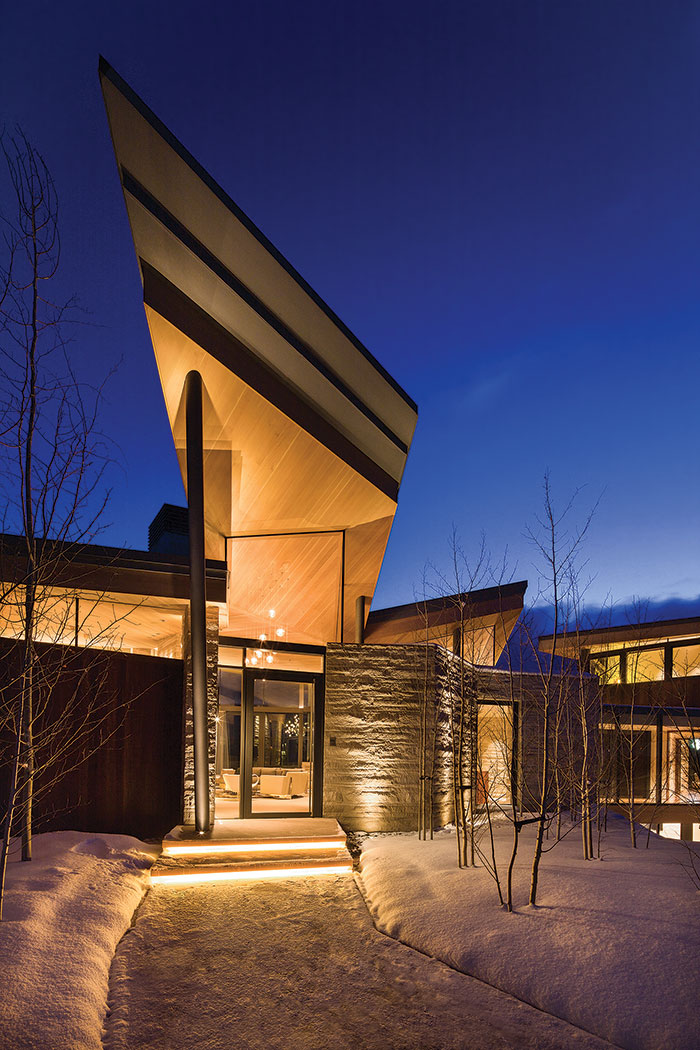 Lighting is used to enhance the architectural lines in this dramatic entry. Uplights illuminate and highlight the seamless transition from exterior to interior.  Photo by Steve Mundinger.

Fast-forward to the present, when Singer’s company has offices in Aspen and Scottsdale, five IALD-certified designers and approximately 85 ongoing projects throughout the country, including large-scale installations in Colorado, Los Angeles, Las Vegas, New York and at the Yellowstone Club in Montana.

"Lighting has the ability to elevate the spirit and make a home truly exceptional."

Lighting is a key element in design, Singer says, and one that is often overlooked by architects and designers. When done well, it has the power to transform a “vanilla” space into one that is dynamic and dramatic, adding depth and dimension. “You shouldn’t notice the lighting at all unless it’s decorative,” he says. “What you should notice is how the space feels.”

Eager to give back, Singer and his team often work with charitable organizations, casting a pink hue on the tree at the Sardy House in downtown Aspen for Susan G. Komen, for example, and turning Aspen Mountain blue for World Autism Awareness Day. “It’s like painting, but you’re using light,” he explains.

He has also mentored and educated many professionals in architecture and lighting design over the years, some of whom have gone on to become leaders in the industry. “I’m very excited about we what do,” he says. “I feel blessed that I’m able to bring a little art and beauty to anything that we touch.” 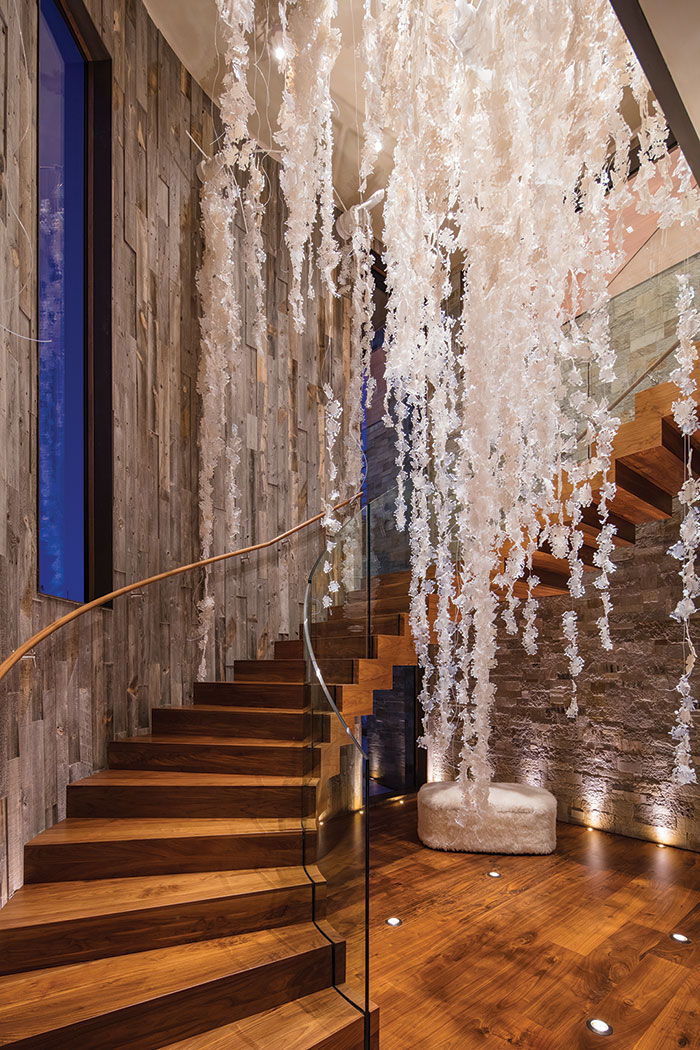 Layers of uplight and downlight showcase this custom hanging sculpture and accent the vertical reclaimed wood along a curved stairway. Photo by Steve Mundinger.

Established Robert Singer and Associates in 1981; the firm has grown to include five IALD-certified designers, with offices in Basalt, Colorado, and Scottsdale, Arizona. Currently working on 50 projects in seven states.

EDUCATOR
Served as adjunct professor at the Fashion Institute of Technology in New York.

COMMUNITY
Has assisted in numerous public lighting displays including the relighting of Aspen’s Sardy House Tree for Susan S. Koman, “Light It Up Blue” for Autism Speaks, and various public art displays.

Let the House Tell You Where It's Going