This year's International Snow Sculpture Championships—which took place January 24 to 28, 2017—were an icy storm of talent. Sixteen teams worked with only hand tools for 65 hours across five days to create a temporary outdoor art gallery. During competition week, high temperatures in the teens and twenties made for excellent carving conditions. An official awards ceremony took place today at the Breckenridge Riverwalk Center, where winners received medals and recognition from the international snow sculpture community. Although no prize money is awarded, all teams receive travel stipends, meals and lodging. The result is one of the world’s most prestigious snow-sculpting events, where teams are known to take risks and come together in the spirit of camaraderie. Sculptures remained on display at the Riverwalk Center in Breckenridge, Colorado, until Sunday, February 5.

Take a look at the winning sculptures! 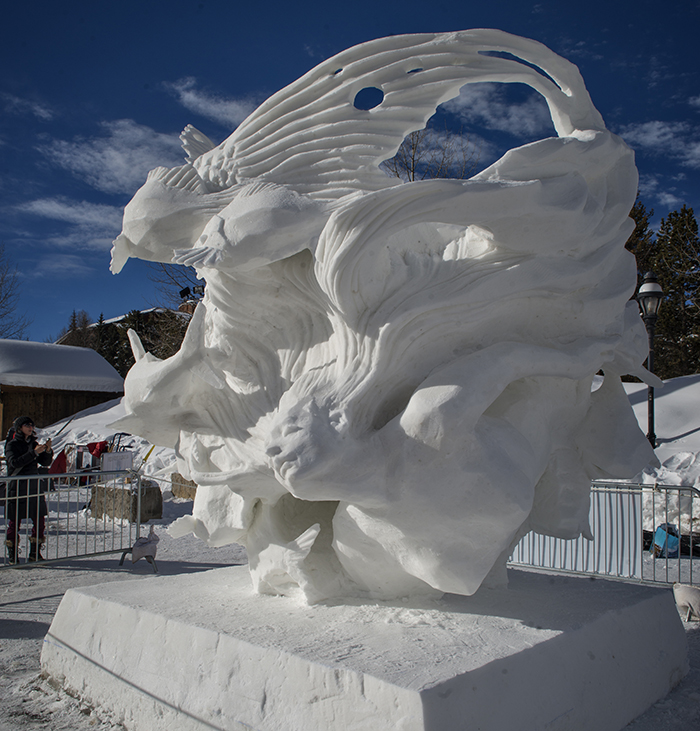 Team China won Gold in the 27th annual International Snow Sculpture Championships with “Mermaid,” a piece that depicted an underwater scene highlighted by a swimming mermaid. Jenn Cram, judge coordinator and director of public programs and engagement for Breckenridge Creative Arts commented on behalf of the judging panel: “This sculpture pushed the boundaries of the medium with its illusion of movement and delicate form; some of the features could have been made of paper. Team China seemingly freed the mermaid and sea creatures from the block of snow, creating a sculpture that is visually appealing from 360 degrees.” 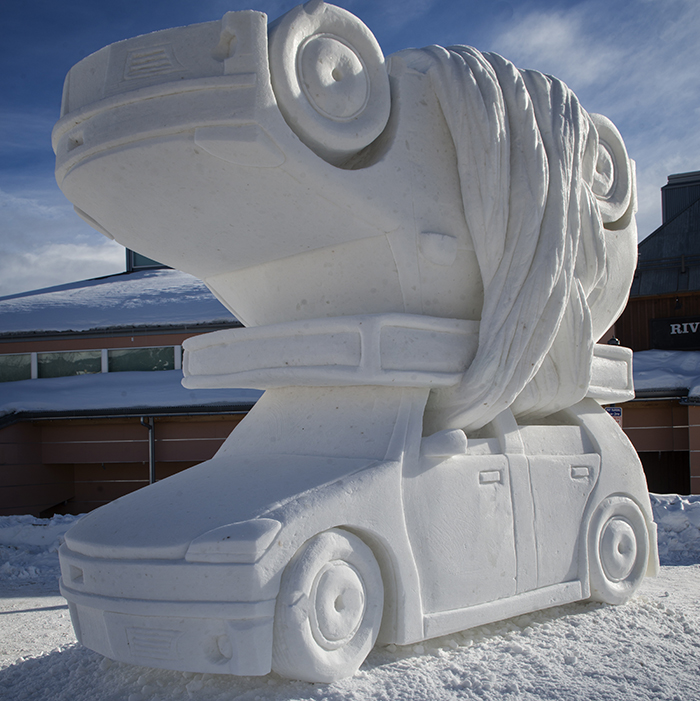 Team Sweden won Silver with “4 (Ever) Wheels Reflection.” The sculpture depicted two cars tied together, an expression of both freedom and dependency. "The concept for this sculpture represents the duality of our relationship with automobiles," says Cram. "The Swedish team’s attention to detail is impressive down to the subtle turning of a wheel and the texture of the base. The sculpture demonstrated both symmetry and humor." 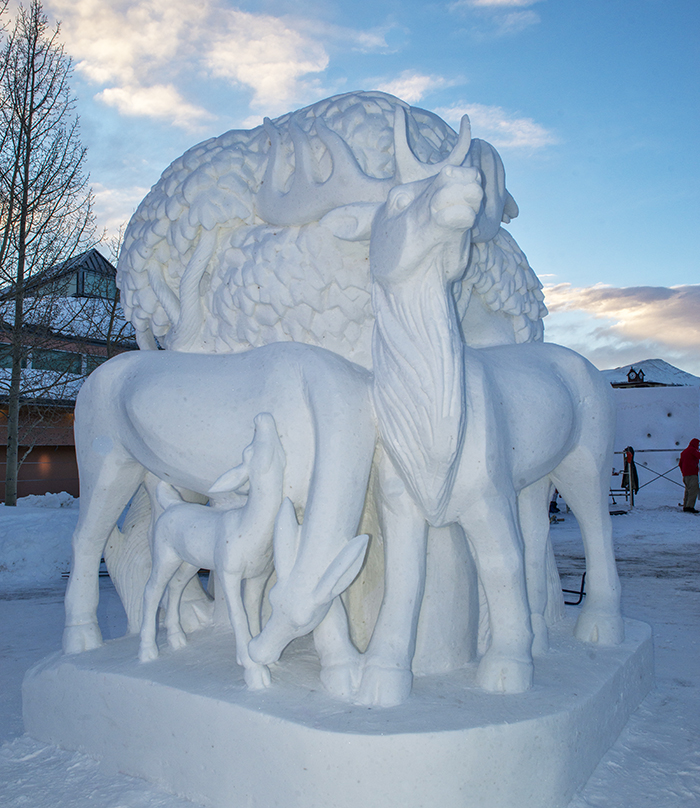 ​​Team Mongolia-Erdene won Bronze with “We are One Family,” a piece that reflected the idea of animals coexisting with humans and nature. "The judges were immediately drawn into this sculpture because of the very textured and graceful form," Cram says. "This sculpture stands strong both up close and from a distance. Team Mongolia executed 'We Are One Family' superbly." 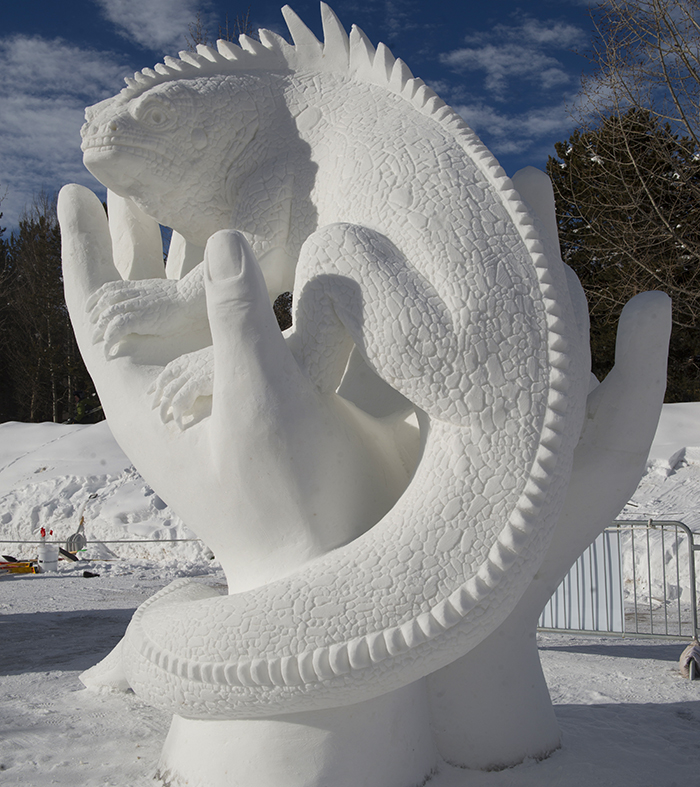 In a first-ever tie, Artists’ Choice was split between Mongolia-Erdene (bonze medal winner) and Mongolia-Tserendash (above).