Why You Should Visit Historic Whitefish in Winter 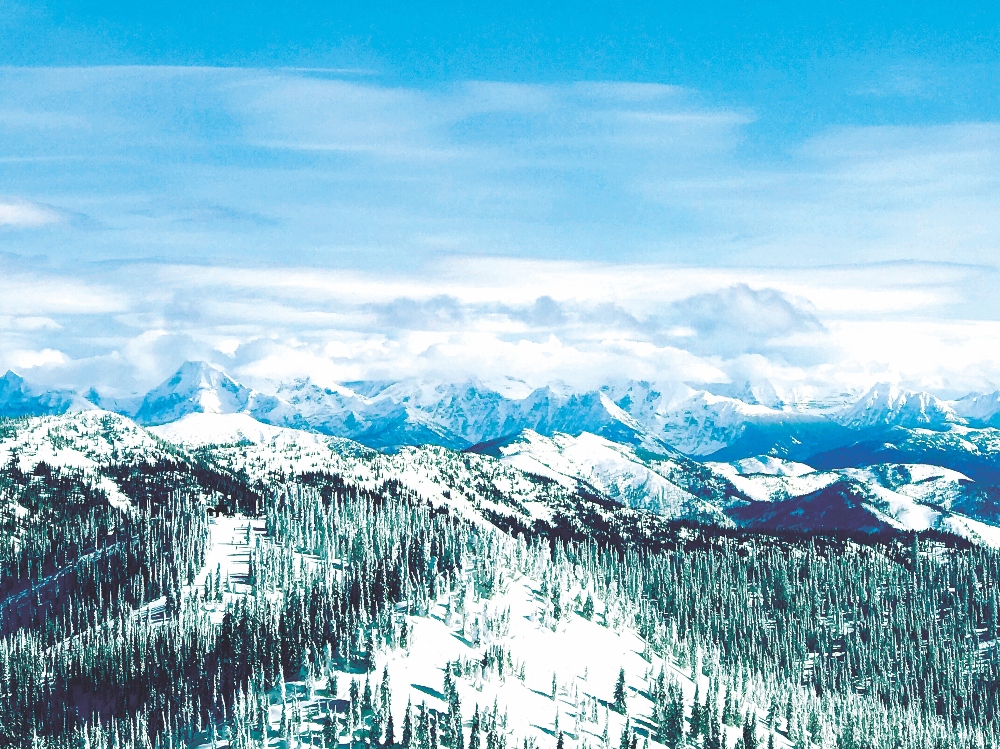 Each ski town in the Mountain West has its own personality. Some are historic, like Aspen and Park City—mining towns that morphed into ski resorts; some, like Vail, were created specifically as destinations for snow sports and tourism. And then there are the authentic working towns like Steamboat Springs, a ranching community, and Whitefish, Montana—born from a Great Northern Railway expansion through the Flathead Valley in 1901.

Whitefish thrived as a hub for timber, farming, ranch- ing and the railroad—and even today the Burlington Northern Railroad remains one of the town’s largest employers, with passenger trains stopping at the depot twice a day. But as time passed and industries changed, both logging and the railroad have downsized their workforces, with Whitefish turning to a different lifeline: skiing. 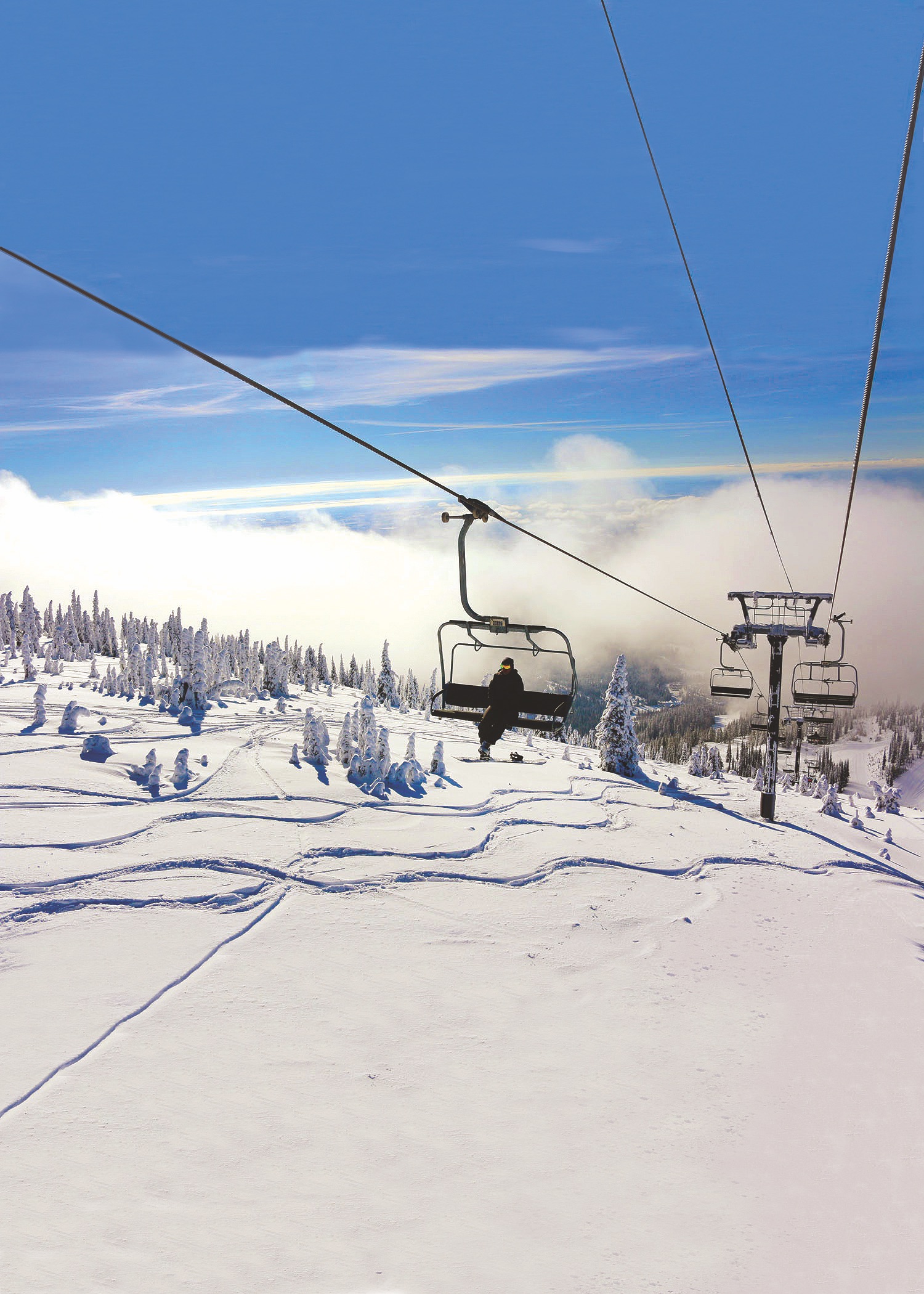 Many visitors mistake the rime of snow ghosts for snow or hoarfrost. But the trees are actually covered in ice created by a combination of elements—winds, clouds and fog—that create a supercooled liquid that freezes when it encounters obstacles like trees.

Popular in Europe since the 1800s, downhill skiing caught on later in the U.S. with the first ski area opening in 1931, but some intrepid Whitefish locals had taken up the sport by the 1930s, hiking up Hellroaring Mountain and carving turns all the way down. In 1947 the first lift was built at what became Big Mountain Ski Area—these days known as Whitefish Mountain Resort, the cornerstone of the area’s winter business. 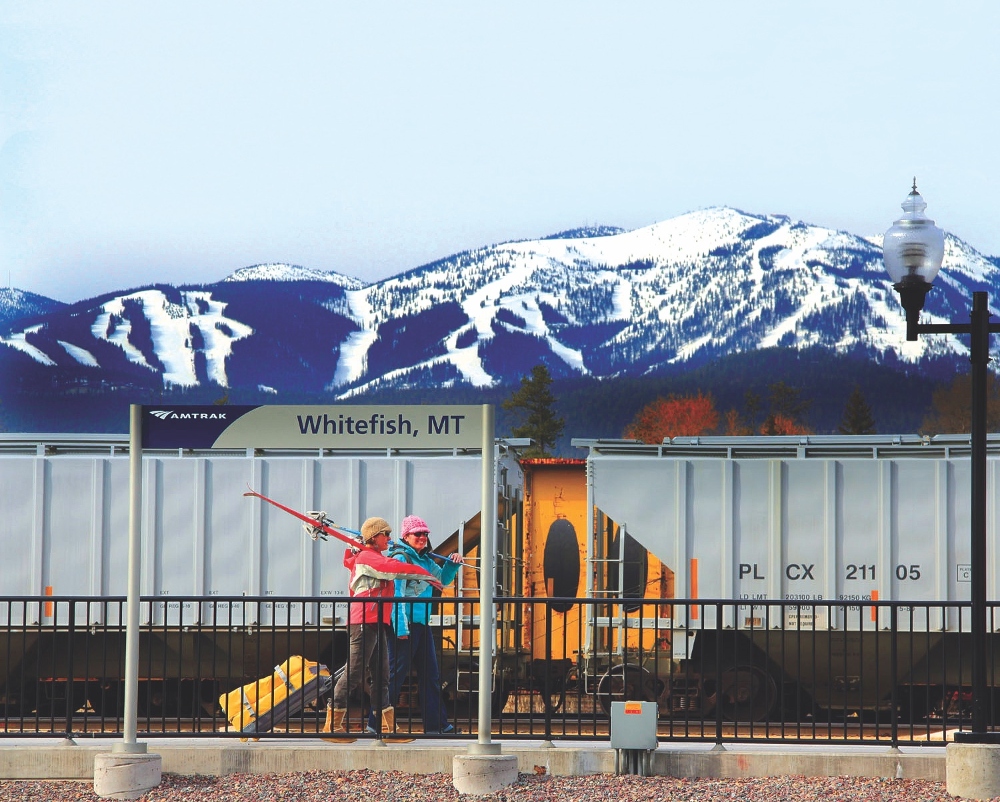 Whitefish is one of the few ski resorts serviced by Amtrak; skiers depart the downtown depot and make their way to the ski hill 15 minutes from town.

Consistently ranked a top U.S. resort, the 3,000-acre ski area is just 15 minutes from town yet feels remote as skiers are treated to panoramic views of Flathead Valley and distant Glacier National Park peaks. Plus, the mountain terrain boasts a one-of-a-kind phenomenon known as “snow ghosts.” At first glance, people mistake the alpine shapes for trees simply covered with snow or hoarfrost; however, they are covered in accretions of ice—called “rime.”

A combination of elements—winds, clouds and fog that frequent the mountain summit—creates the natural ice sculptures. The clouds, which are colder than the freezing temperature of water, are made up of masses of suspended liquid water droplets. The supercooled liquid freezes when it encounters obstacles like trees, lift towers and buildings. 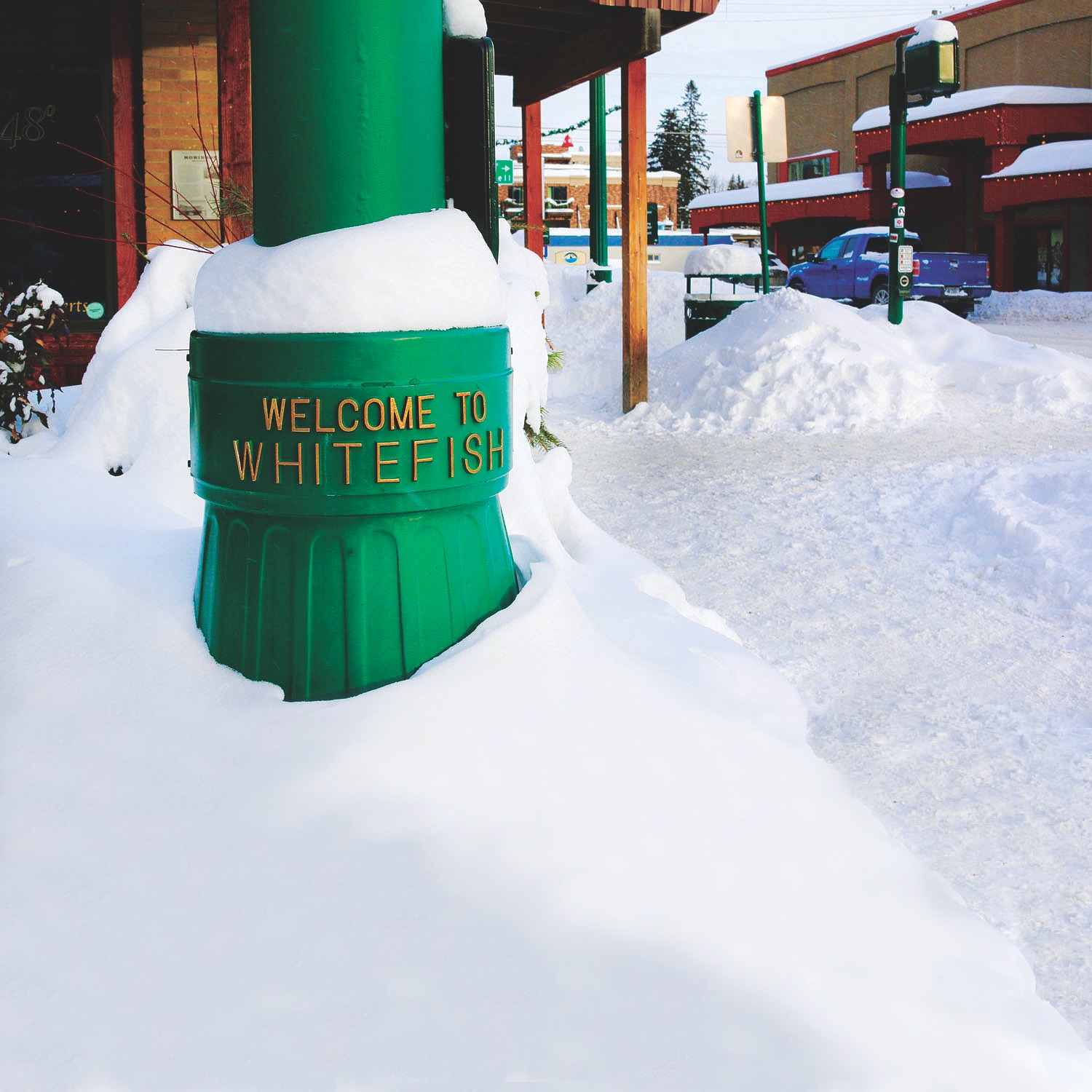 Once dependent on logging and the railroad for a healthy economy, Whitefish has expanded its seasonal business with tourism.

Meanwhile, the town of Whitefish has managed to retain the authentic, down-home charm of its early days. Visitors won’t find a lot of chain stores downtown—they’ll find mostly local businesses, some run by families for generations and some created by newer residents who have been attracted to the region from metropolitan areas. 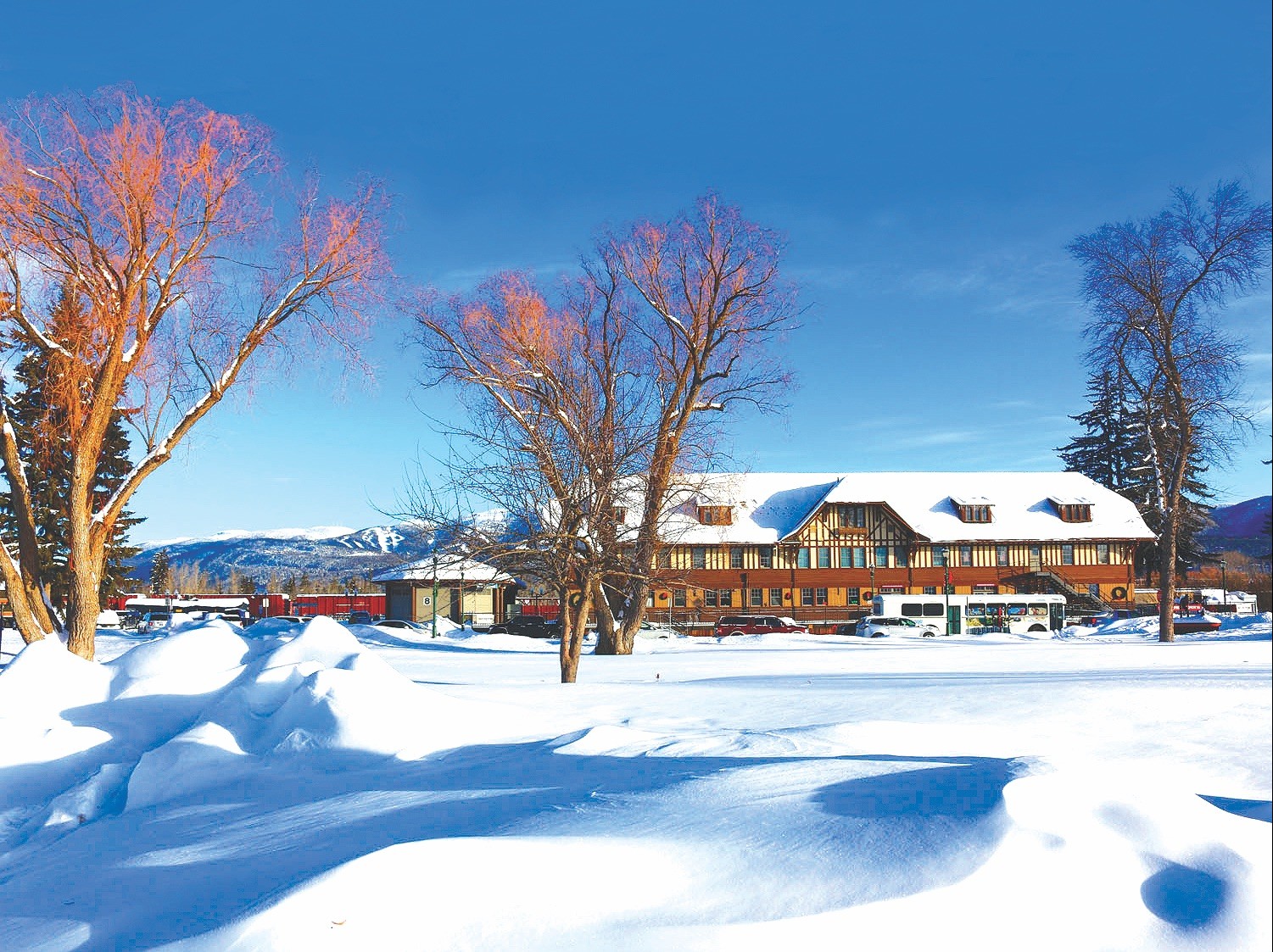 The Whitefish Depot welcomes visitors to town on the Amtrak line—inside there’s also a museum dedicated to the area’s history as a farming, ranching and railroad town.

Despite its rise as a popular mountain resort, Whitefish remains a real town, its roots apparent in Burlington Northern still employing more than 400 workers for its passenger line and dozens of freight trains passing through the rail yards every day en route from Chicago to Seattle and all points in between. 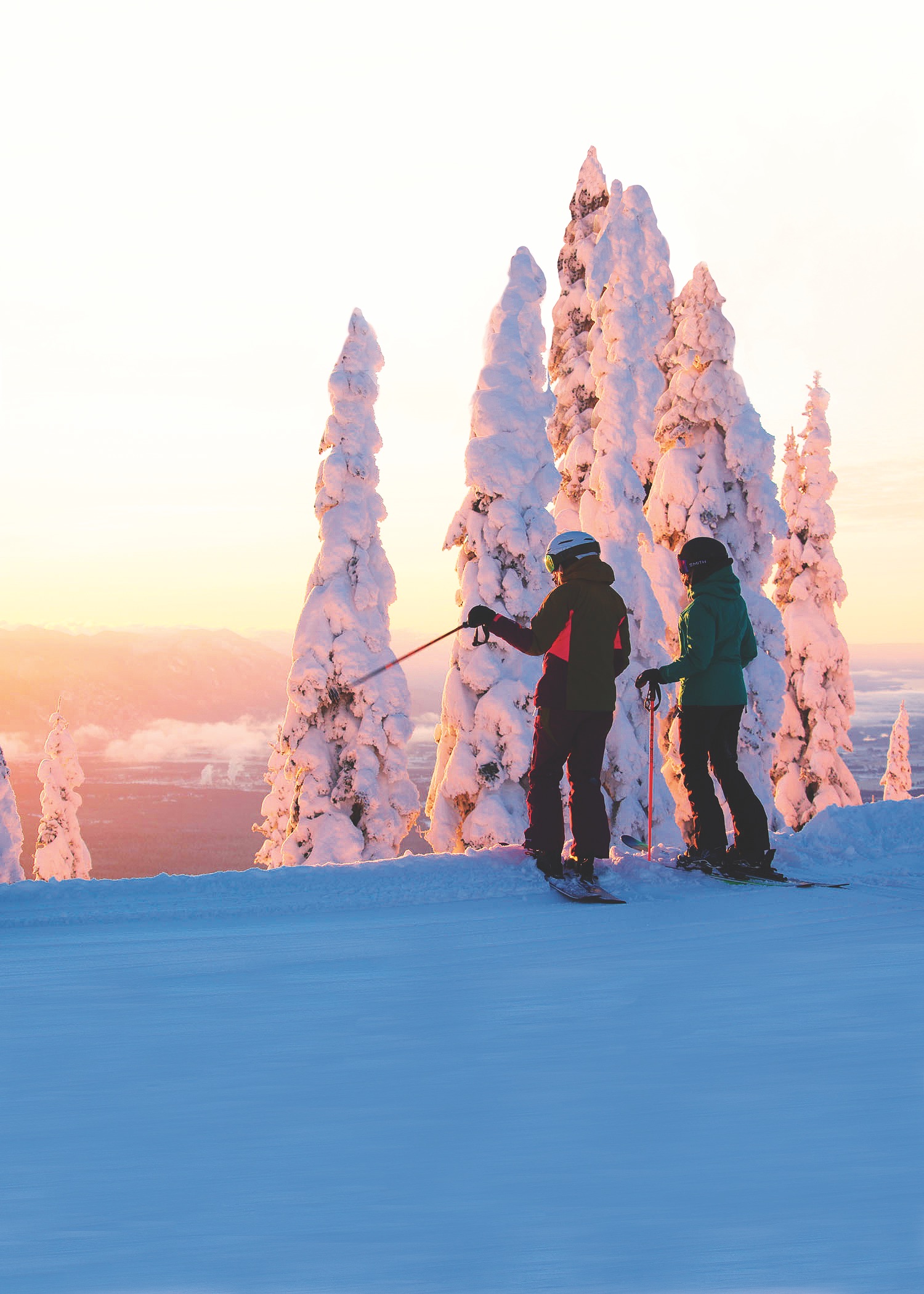 Skiers pose by the icy apparitions before choosing a path down the mountain.

TRAINS Whitefish is one of the few ski resorts in the U.S. that can be reached via Amtrak. The Empire Builder route travels between Chicago and the Pacific Northwest, arriving twice daily at the historic Whitefish Depot. www.amtrak.com

AUTOMOBILES Winter can be a challenging time to drive to Whitefish, so drivers should check conditions in advance and carry winter travel gear plus food and water for the trip. East-west access is via I-90 or U.S. Hwy. 2, and Hwy. 93 provides access from the north (Canada) and south. The Canada-U.S. border is just 60 miles from town.

SKI TICKETS As this story goes to press, officials at the resort say they are observing COVID-19 protocols but are not requiring advance reservations. Although the resort doesn’t plan to limit ticket sales or require a reservation to ski, advance bookings are recommended at 406-862-2900 or shop.skiwhitefish.com.

Insomnia in the Mountains

Aspen’s Hottest Speakeasy is Back