The Russell Exhibition and Sale

Calling all art lovers and aficionados! Your chance to see and experience some unique works of art is in Great Falls, Montana during The Russell: An Exhibition and Sales to Benefit the C.M. Russell Museum.

The Russell Exhibition and Sale, a benefit from March 16-18, 2017, delivers a wide range of acquisition opportunities for the Western art collector, with each event offering an authentic experience. For the experienced collector of Western art, The Russell Live Auction offers well-established contemporary art plus significant historical works in a competitive bidding atmosphere. This elegant evening has become a noteworthy event for collectors from across the country.

Some notable works that will be featured and up for sale at the event include: 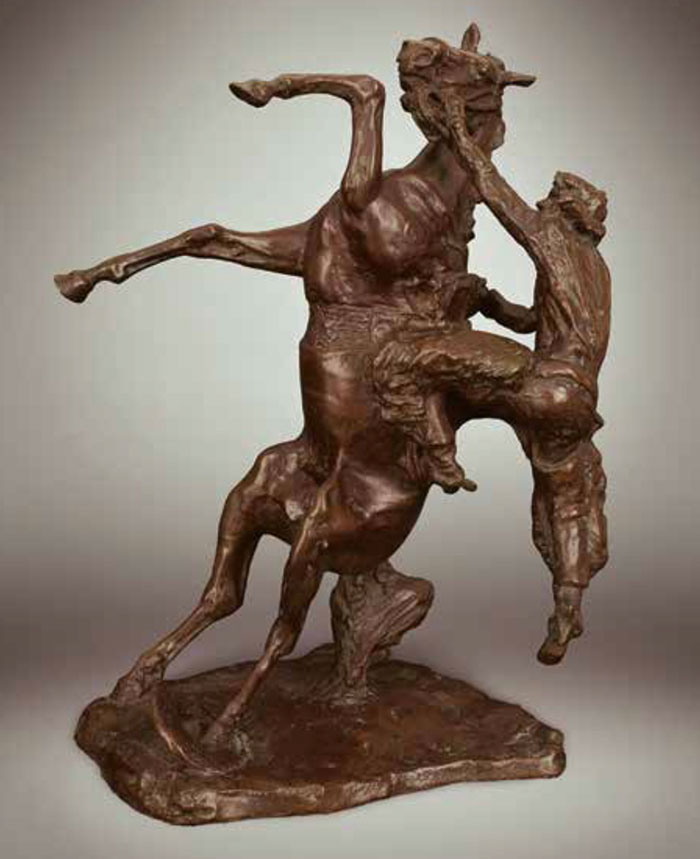 Russell’s bronze sculpture, added to the Live Auction on March 18, 2017, was first conceived in May 1889, when he sent a drawing portraying the same composition toe Frank Leslie’s Illustrated Newspaper. Titled The Mankiller, it became one of Russell’s most celebrated compositions.

Russell’s commitment to portraying the nitty gritty of the real American cowboy and the relationship between that character and the landscape, native peoples, flora and fauna of the western United States has resulted in his acceptance into the canon of global art history.

“Russell masterfully positions the horse and rider in space, creating an unstable relationship between the two figures. One that emphasizes the sense of danger, the necessity of skill, and the precarious balance of power between man and animal,” stated Emily Wilson, Assistant Curator at the C.M. Russell Museum. 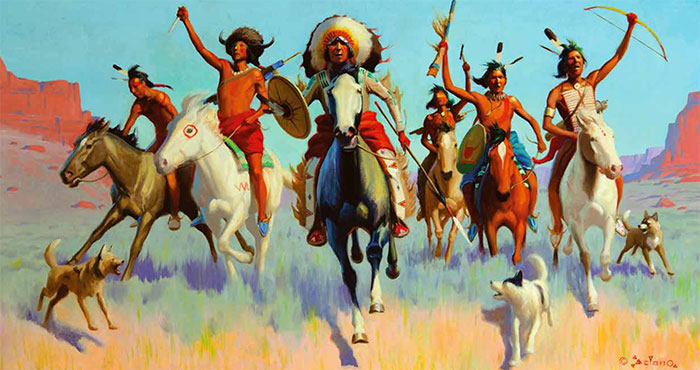 Delano’s painting, added to the Live Auction on March 18, 2017, exhibits size, a powerful and colorful presences, and obvious human exuberance. The Victors embodies action that appears to be coming right off the canvas, capturing the exaltation of Indians, likely after a successful battle.

Franz Trevor’s The Hold Up

The artist modeled his large-scale works, commissioned by a Reno, Nevada casino, after well-known compositions by his hero, Charles M. Russell. Trevor’s expansive oil painting attentively captures both the spirit and tradition of C.M. Russell’s work, but he also adds his own personal touch in the form of a changed name of the gang leader and the location of the robbery.

The full 2017 auction catalog is now available online, where each major work is given a detailed description.

In addition to the remarkable collection of artwork for sale, the event will host “Rockin' the Range Fashion Review.” It's new to The Russell this year and will feature the latest in Western couture along with cool retro Western looks. It's free to the public but there are special VIP tickets available for sale. All proceeds will benefit the C.M. Russell Museum's educational and outreach programs.

Buckle your boots and head to Montana for this fantastic event to benefit the C.M. Russell Museum and its incredible work.

For more information on The Russell 2017, visit www.cmrussell.org.

About the C.M. Russell Museum