The Perfect Film for Mountain-Lovers

Enter to win tickets below!

A majestic cinematic experience awaits you at a screening of Mountain – A Breathtaking Voyage Into the Extreme.

Releasing just in time for our own adventures in the mountains, Mountain Living Editor in Chief, Darla Worden reflects on the film, “Summer in the mountains is a precious time of golden sunshine, cool breezes and wildflower meadows. Whether we enjoy it by sitting on the deck and watching the sunset or by climbing a fourteener, to borrow a quote from the film, ‘To those who are enthralled by the mountains, their wonder is beyond all dispute.’”

From Tibet to Australia, Alaska to Norway armed with drones, Go-Pros and helicopters, the filmmakers have fashioned an astonishing symphony of mountaineers, ice climbers, free soloists, heli-skiers, wingsuiter snowboarders and parachuting mountain bikers.

Below you'll find a Q&A with Mountain's director, a movie trailer, and a chance to win two run-of-engagement passes to watch the film in multiple markets. 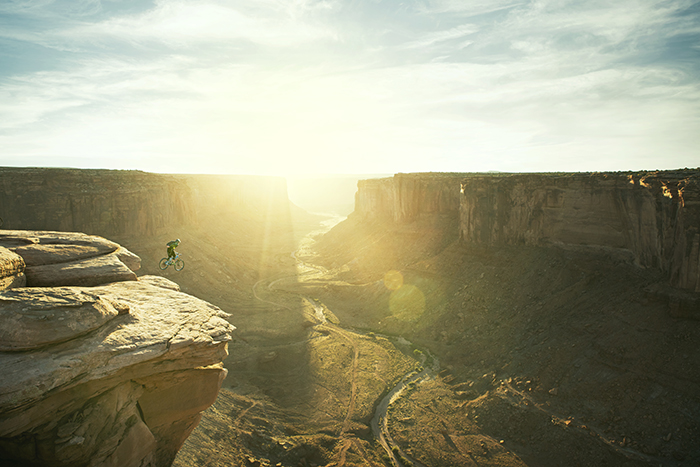 We chatted with director Jennifer Peedom about what it was like to put together the powerful documentary.

Mountain Living: Where did the idea for this documentary originate?

Jennifer Peedom: I was approached by the Australian Chamber Orchestra about three years ago, asking if I was interested in a collaboration. The answer was an immediate ‘yes.’ With a reputation for being one of the greatest chamber orchestras in the world, and known for their interesting creative collaborations, this struck me as a unique opportunity. They had previously made a wonderful surf film called The Reef, and now, artistic director Richard Tognetti, a mad surfer and skier was keen to explore mountains.

It also gave me the opportunity to explore my own fascination with mountains. As a filmmaker, I had spent a lot of time in the mountains, including several Everest expeditions, and was curious about why some of us are so drawn to them, prepared to risk their lives for them even, while everyone else finds that idea completely insane. I wanted to explore the space between those two ideas.

ML: How have mountains impacted your life?

JP: The first time I landed in the Himalayas, I immediately felt at home. As a filmmaker, my career has really been made by the opportunities I’ve had in the mountains, but on a personal level, I feel I’ve learned so much from being in these environments, especially from the Sherpa community.

Being in the mountains reminds us of our vulnerability and our insignificance in the greater scheme of things. I like that feeling of humility, so perhaps that’s why I keep going back—these days, not to climb, but just to trek.

ML: Why do you choose to tell stories about extreme adventure?

JP: I don’t really think of myself as an adventure filmmaker. I make films about the human experience. Some of these just happen to have been in the mountains, others are not. I once made a film where I spent six months following three people with terminal illness facing death. As a female filmmaker, I’m a bit of a rarity in the adventure world, but if you look at my films, none of them are about glorifying the adventure pursuit. Rather, they question the motivation of it. SHERPA was a political film about the Sherpa uprising after the 2014 avalanche.

ML: What were the challenges of filming Mountain? I imagine it was dangerous.

JP: To make this film, we partnered with the very best mountain cinematographers in the world, in order to portray the most authentic adventure experiences. We wanted to portray real people on real expeditions, rather than setting things up. Our main cinematographer, Renan Ozturk is part of Camp4Collective and is one of the best climbers in the world, on top of being an incredible cinematographer. We also collaborated with Sherpas Cinema, whose work is extraordinary. We wanted to capture the broadest experience possible of human interaction with mountains, so this meant reaching beyond our own footage libraries. We reached out to the mountain community and collected the best adventure footage available in the world. For example, the wingsuits flyers—they capture their own footage by using GoPros. You’d never catch me doing anything like that!

My own experiences in shooting this film were limited to the Himalayas, where I was filming in 2014 when an avalanche killed 16 Sherpas. We also filmed in Niseko, Japan, but that was just a whole lot of fun and not dangerous at all.

DETAILS:
Dates and ticket information
Catch a screening of the film directed by Jennifer Peedom in a city near you:

We have two run-of-engagement passes to give away in each of the following markets.

Email Leah Brinks at lbrinks@mountainliving.com for a chance to win!