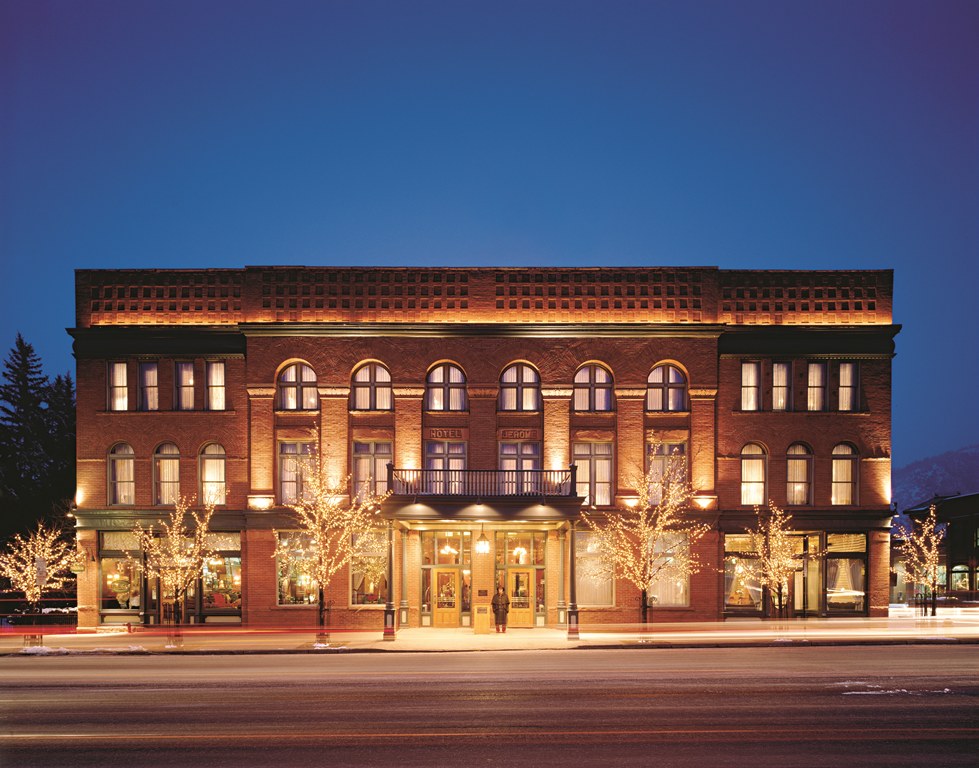 When the Hotel Jerome first opened its doors in Aspen, Colorado, in 1889, New York City socialites, Chicago beef barons and European aristocrats made the journey west to see the magnificent new hotel, which not only offered hot and cold running water—a wild extravagance at the time—but was also one of the first buildings west of the Mississippi to be fully lit by electricity. Designed to emulate the great European hotels, it was constructed of local brick and sandstone and decorated with elaborate wallcoverings and handmade Colorado tile. Its 92 guest rooms rented for $3 and $4 per night.

In the 123 years that followed, the Hotel Jerome hosted grande dames, stage and film stars, politicians and avante-garde artists, and has undergone several renovations. On August 1, 2012, the hotel closed its doors to undergo its latest makeover: a massive design transformation and historic restoration intended to balance authenticity and preservation with of-the-moment luxuries.

Now the renovation is complete, and though the look and feel of the Jerome’s interiors have changed, many of the hotel’s original finishes have been preserved, including the Indian rug-patterned encaustic tilework floor, stair treads and balustrades, a grand full-relief carved-oak fireplace and the J Bar’s Chippendale chinoiserie bar.

The original library (below) was colorful but cramped: 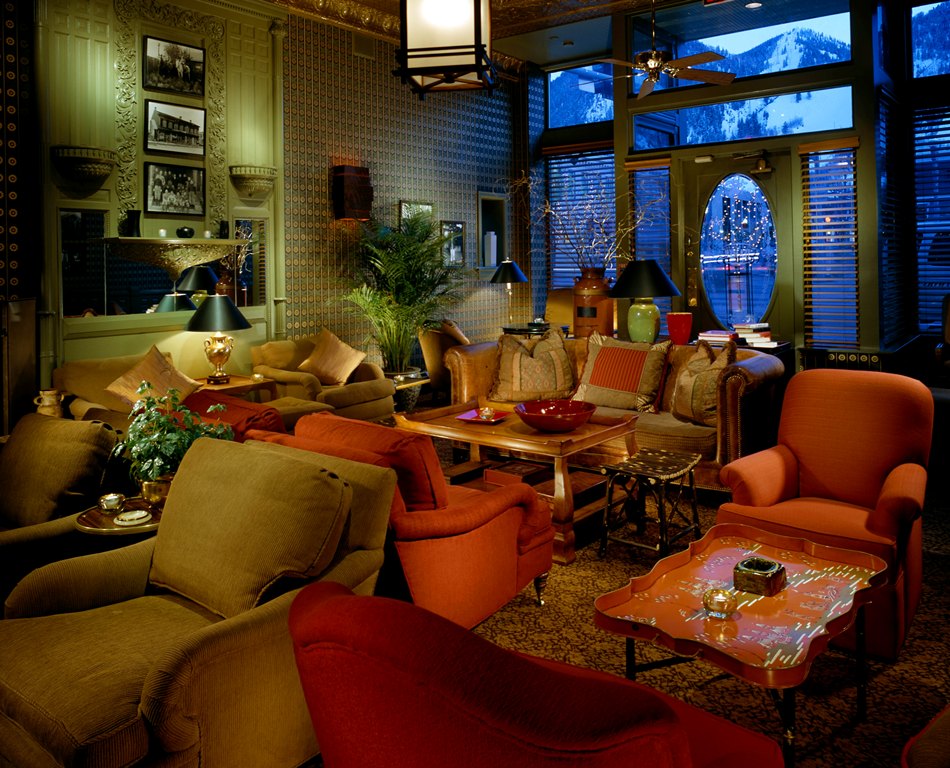 The new design for the hotel’s gathering spaces is “layered, collected—there are period pieces that will bring guests back to the glory of the Aspen silver-mining days, as if they’re walking into a great business baron’s residence—that’s how the lobby and newly unveiled Living Room [pictured below] will feel,” says interior designer Todd-Avery Lenahan of Las Vegas-based TAL Studio.

“One of the most exciting changes we accomplished was the ‘opening up’ of the restaurant [before and after photos below], which was formerly behind the atrium, and the installation of a lobby bar—which we envision to be Aspen’s living room,” says Rowland + Broughton, the architecture firm of record for the project. The firm’s team spent 200 hours conducting archival research, studying the building’s original blueprints to ensure the structure remained as close to the original vision as possible. The hotel’s restaurant before: 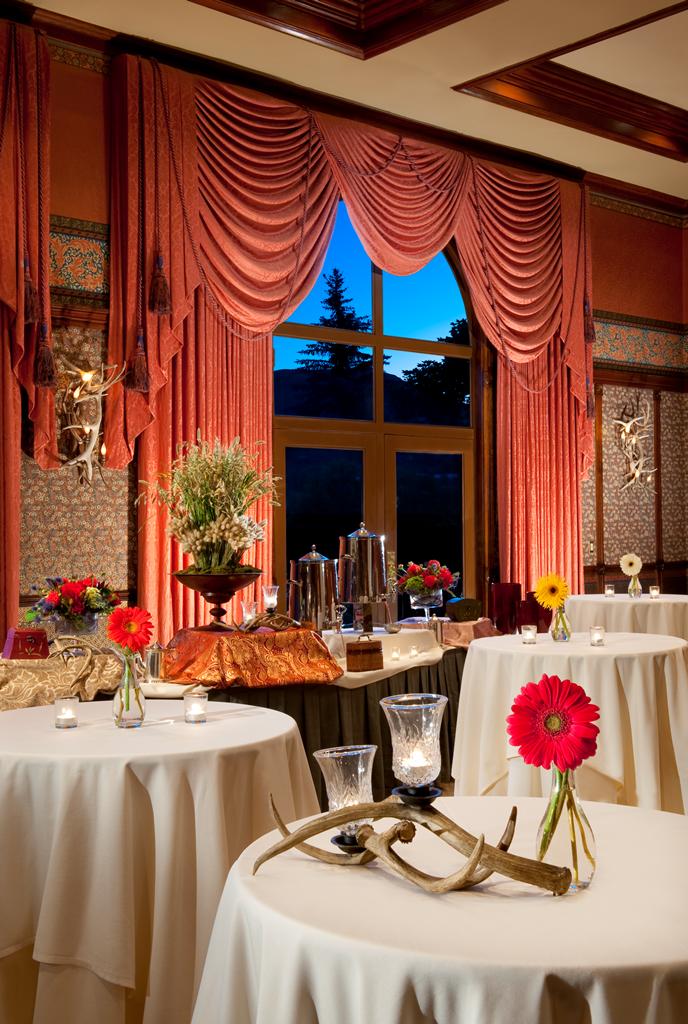 The redesigned restaurant (below) features contemporary interpretations of traditional furnishings, like chestnut-and-cream-colored hardwood flooring, hand-stitched leather chairs and an innovative lighting design that allows the mood of the room to shift from sunny by day to sultry at night. 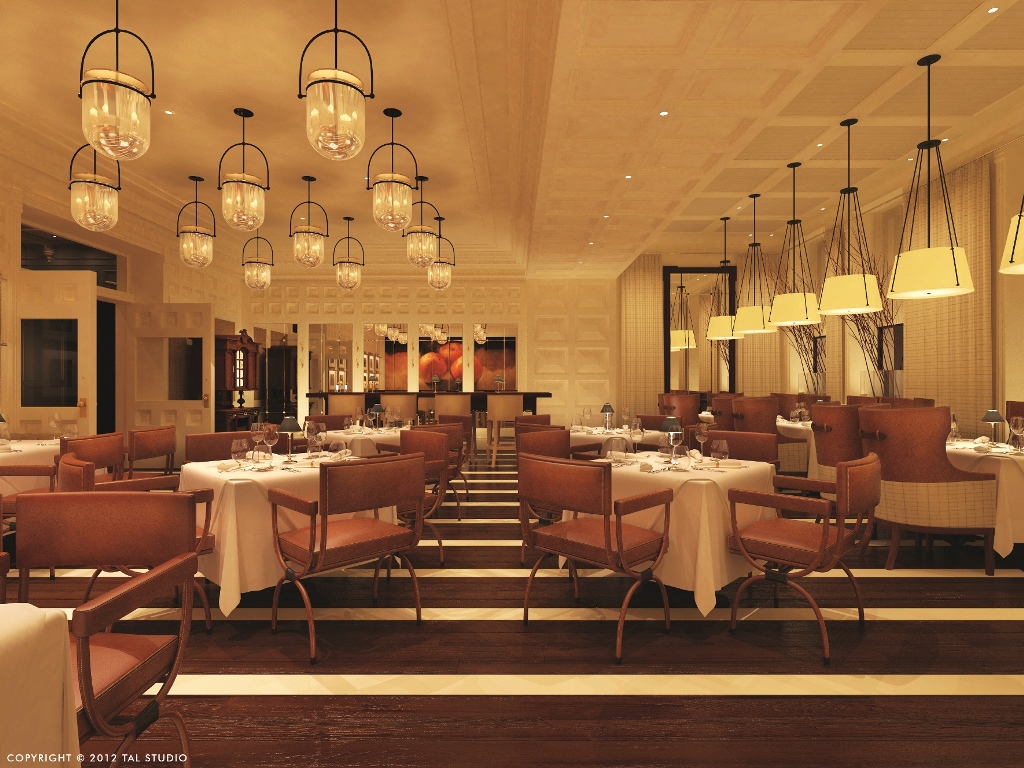 The original guestrooms (below) were luxurious, but with heavy draperies and patterned wallpaper, in need of a 21st-century makeover. 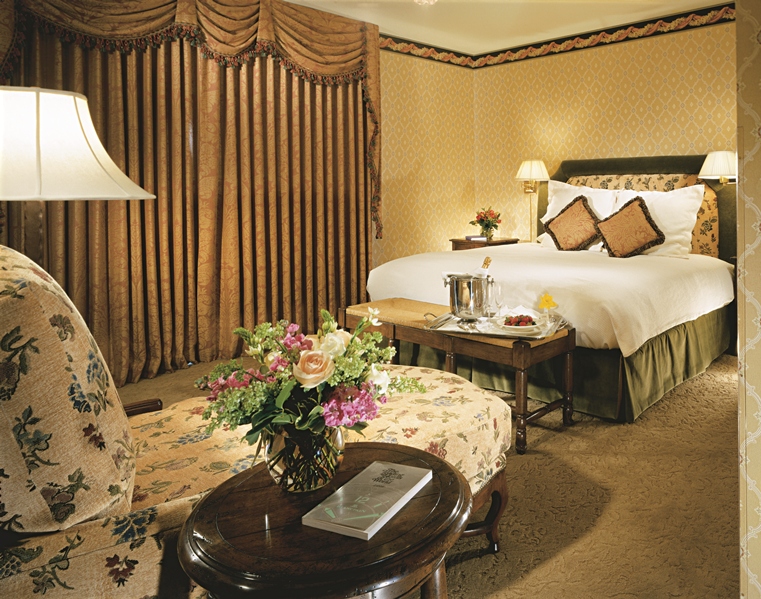 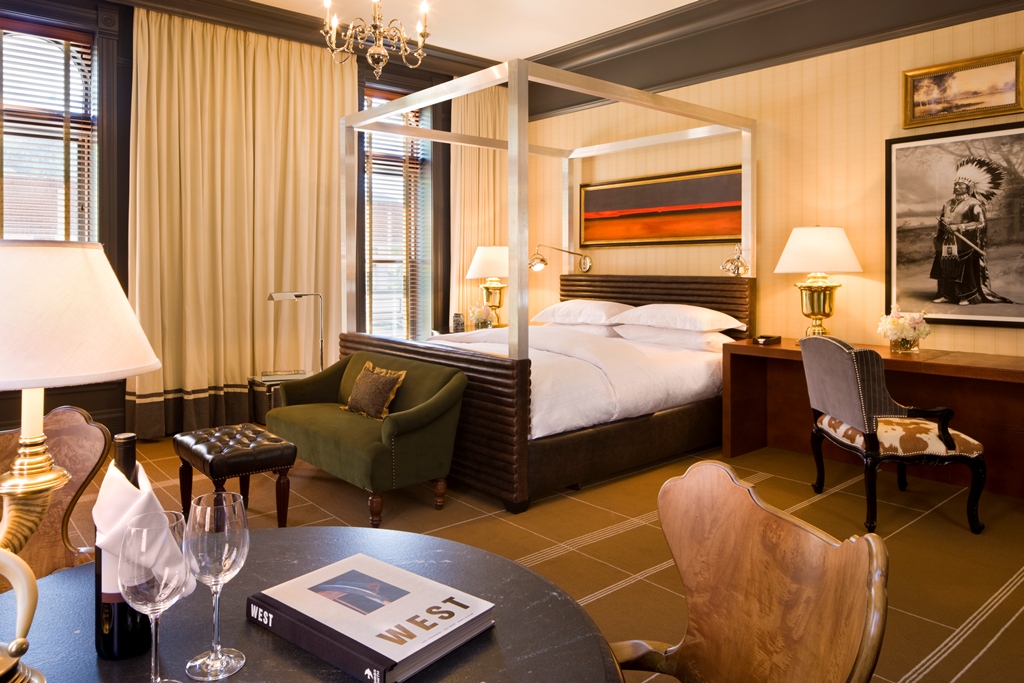 Guest bathrooms (below) show off a fresh twist on tradition with bold-patterned wallpaper, sparkling silver fixtures and unique mirrors, each suspended by a leather strap. 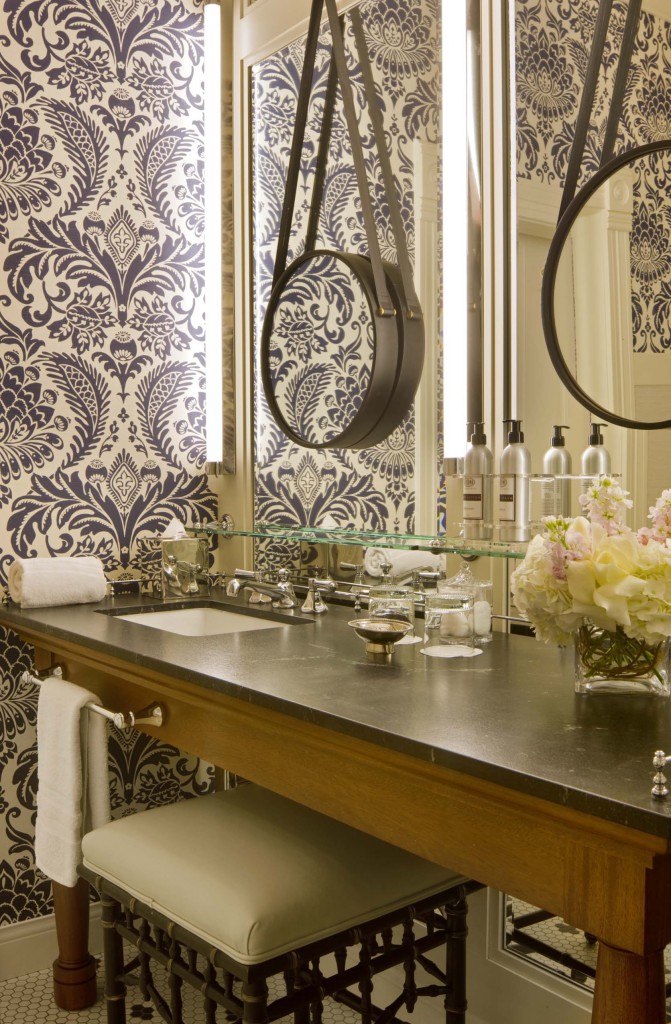 As for the J Bar, the design team used a light touch in the legendary room, taking care to preserve the bar itself, as well as the room’s rough-and-tumble character. Even some well-loved menu items will reappear, including the lobster Cobb and burger-and-beer special.

The new Hotel Jerome opened its doors on December 14, 2012, just in time for the winter holidays and ski season. To learn more about what’s new at this Aspen icon (like its gorgeous new spa), visit http://hoteljerome.aubergeresorts.com.