The Beauty of Bespoke Inn

“What are you going to do with that piece of dirt?”

That question would prove life-changing for Kate Hennen, whose answer was to scale back her successful publishing business and build the project she’d been designing in her head for years: downtown Scottsdale, Arizona’s first small boutique inn.

Back in 2007, Hennen purchased two adjacent properties in the heart of Scottsdale’s Arts District. One was occupied by a fourplex apartment building, the other by an 800-square-foot house. She converted the fourplex into her publishing offices and tore down the house to make way for the “few guest rooms, retail boutique and cute little coffee shop” she hoped to build one day.

But when Hennen met her partner Rob Taynton and he asked about her plan for the empty dirt lot, her vision started to become a reality. “We started spit-balling ideas, and we did some traveling for inspiration,” she recalls. “Rob is a cyclist, and we stayed at some places in Europe that are very bicycle friendly. We decided that our inn would cater to cyclists too.” 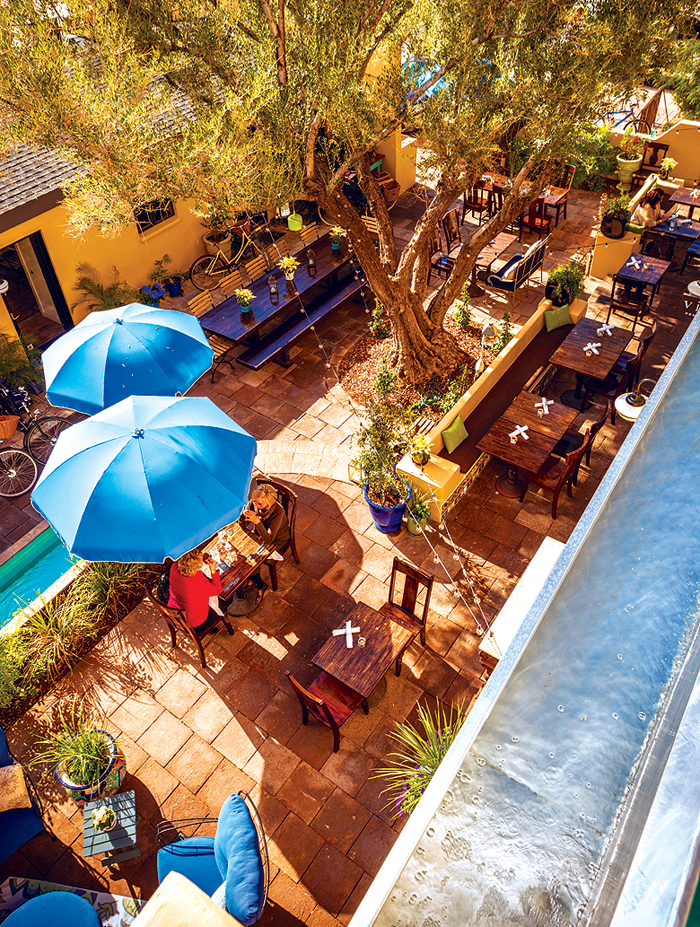 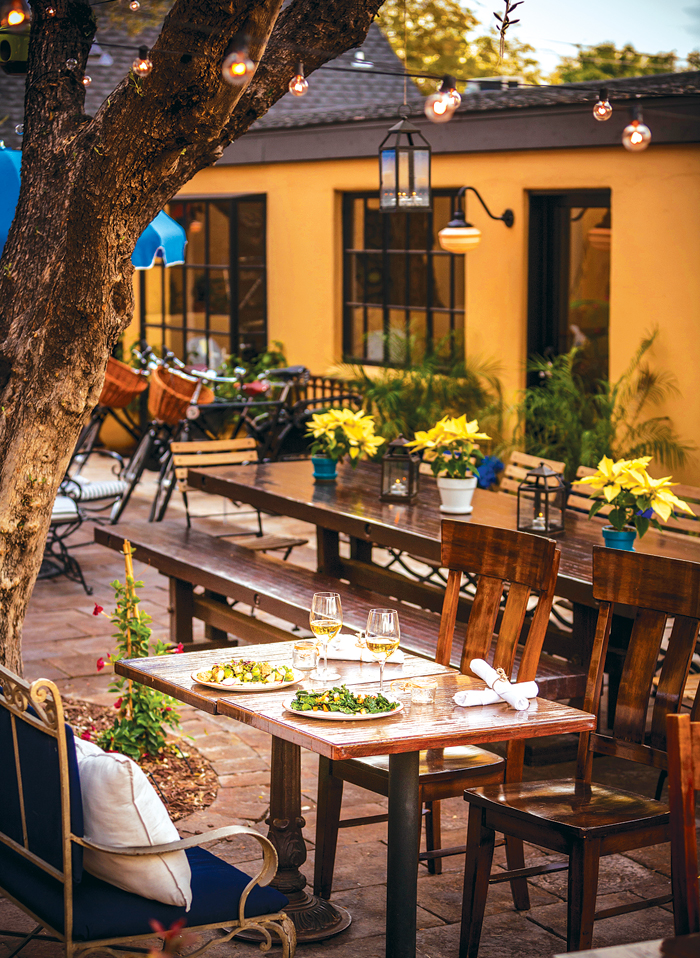 Many of the inn’s furnishings were built by Hennen and Taynton, including seven walnut vanities with marble tops, two antiqued-mirror-clad headboards, more than 20 dining, console and bedside tables, and even the restaurant’s 48-foot-long copper-topped bar. They updated 1980s mirrors with spray paint, spruced up mismatched chairs, and even turned Taynton’s grandmother’s 100-year-old sewing table into the reception desk.

“Rob and I are the kind of people who just go, ‘Huh. That’s really cool. How’d they build that?’” Hennen says. “And if we don’t know how, you can watch a YouTube clip of just about anything. None of it is rocket science. Most things are held together with some bolts and screws and glue.

“I think we’re both addicted to projects,” she says of the sweat equity they poured into the inn. “We really enjoy the process, and we love that everything we made is one of a kind. If you try to buy everything at the same time, it looks so matchy-matchy. You end up buying stuff just to fill the space. I don’t think that’s design. That’s just shopping.” 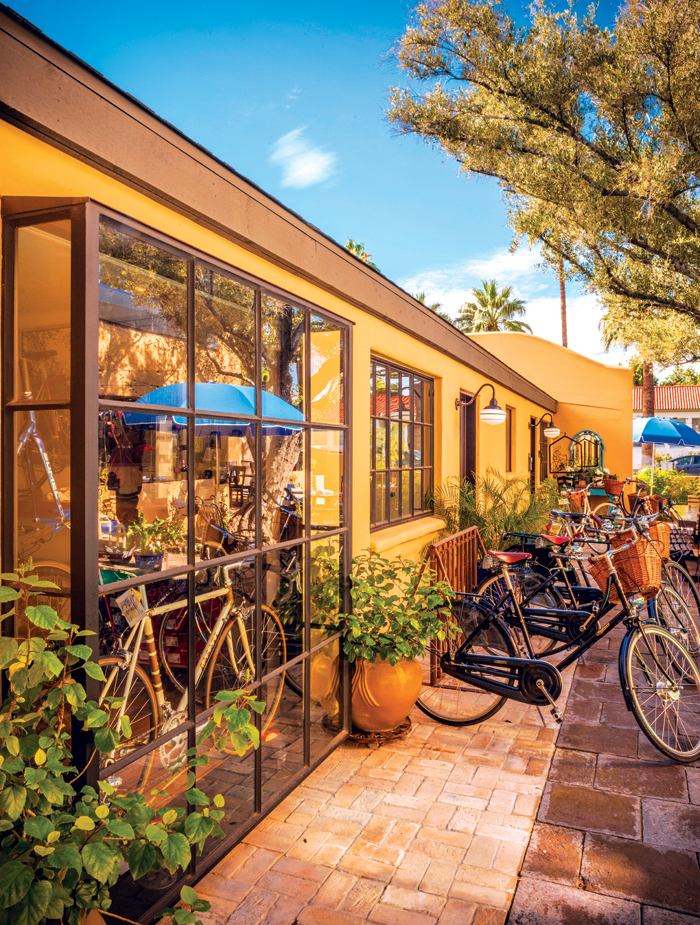 “There aren’t many hotels in the States that cater to cyclists, and we really wanted to offer that component,” says Kate Hennen, who enjoys weekly rides with her partner Rob, an avid cyclist. Guests are encouraged to borrow the inn’s “very proper” English Pashley bicycles for rides around town, along the nearby greenbelt or to Tempe Town Lake. Bespoke Cycles Scottsdale, the inn’s onsite bike shop, offers bicycle rentals in addition to hand-brazed steel framesets, hand-laced wheels and apparel. 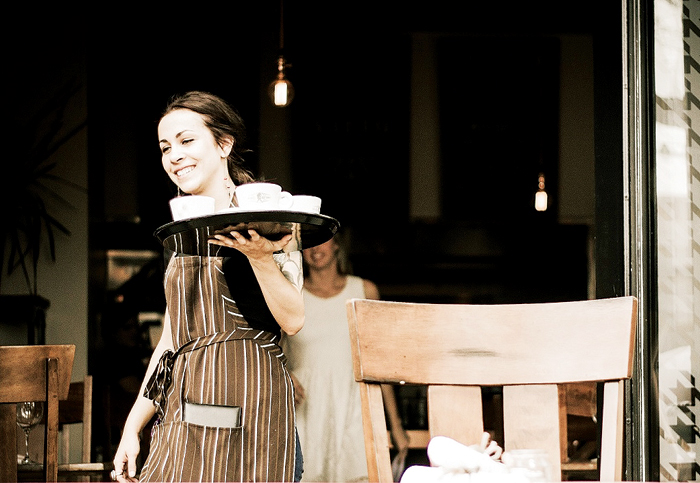 Situated in the heart of downtown Scottsdale’s Arts District, the Bespoke Inn is just two short blocks away from Main Street’s restaurants, shops and galleries. And while lively interactions are encouraged in the courtyard and at the onsite Virtù restaurant, the innkeepers took care to build in plenty of secluded spots, too, from the private patios adjacent to each guest room to an outdoor fireplace and rooftop garden. “We wanted guests to be able to make it their own little space,” Hennen says. 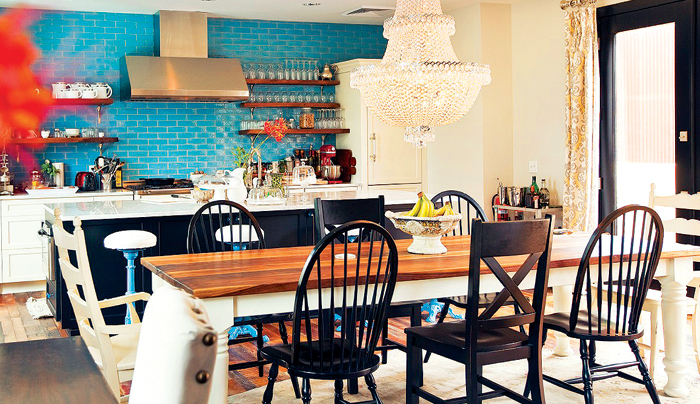 Innkeepers Kate Hennen and Rob Taynton scoured local consignment shops and antique stores to find many of their building materials and fixtures, from ornate marble consoles to a sparkling crystal chandelier (above), which was “a steal at just $550,” Hennen says. 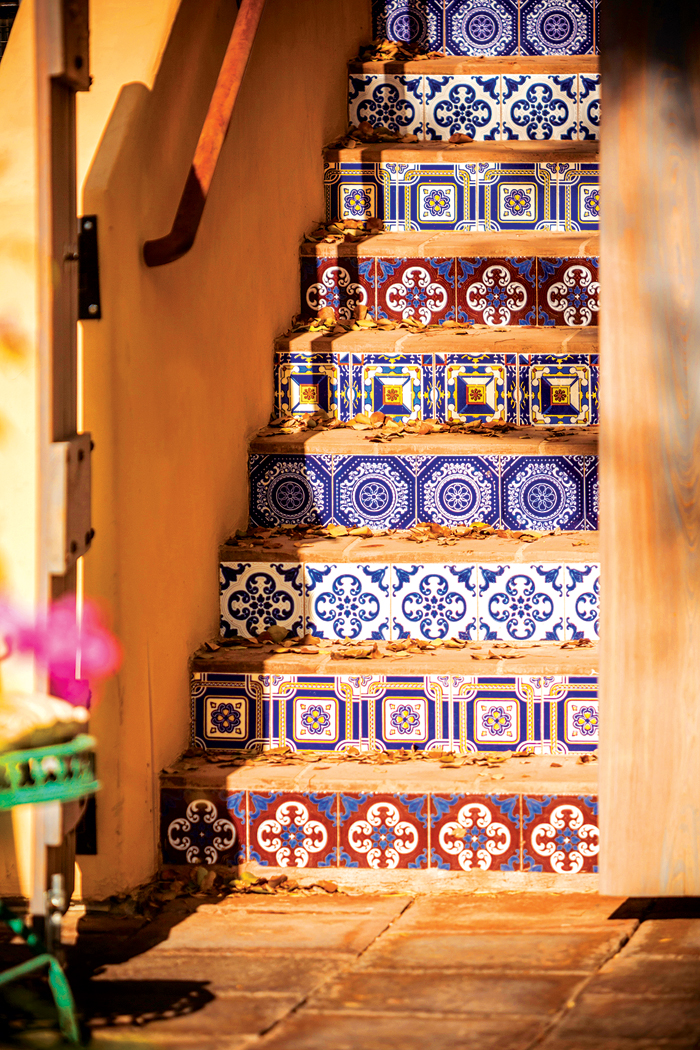 She scavenged through dusty old outdoor storage sheds in South Phoenix to find the colorful tile that adorns the inn’s stair risers and shower stalls, and the couple built many of the inn’s furnishings, from mirrored headboards to the Signature Flat’s 10-foot-long walnut dining table.

"We like normal people because we’re normal people,” innkeeper Kate Hennen says. “And while we want to offer lots of luxe touches, we really want to create an experience that feels comfortable, like home.”

Guest rooms are outfitted with fine mattresses and linens, sparkling chandeliers, deep soaking tubs and even real candles. “It’s kind of crazy, but no one has burned us down yet,” Hennen says. In addition to the requisite robes, guests can don Italian linen “boyfriend” shirts while lounging in the room or at the pool.

Each of three first-floor guest rooms includes a queen- or king-sized bed, en-suite bathroom and a private patio. The Signature Suite has a king-sized bed and washer/dryer and can be expanded to include a great room and gourmet kitchen with farm table for an additional $150 per night.

Nightly room rates range from $179 to $459 and include unlimited use of the inn’s Pashley bicycles, pool and fitness studio. Daily brunch at on-site Virtù restaurant (also open nightly for dinner) is $10 per person for Bespoke Inn guests.

Hennen also shares her favorite bike rides around Scottsdale, ranging from 11-mile cruises to 80-mile climbs, in The Cyclist's Guide to Scottsdale.