The aroma of artisanal Stumptown coffee wafts through the reception area of the Coachman Hotel, where guests relax in a space that feels more like a living room than a lobby. Equal parts communal hang-out, breakfast area and bar, the space sets the tone for the property’s casual, welcoming attitude.

Hotelier Justin Watzka, who had vacationed in the area as a youngster, developed the upscale motel concept as a student at the University of Pennsylvania’s Wharton Business School. After searching for a suitable property to redevelop, his investment group purchased the old Green Lantern Motel, which had originally existed as two 1960s roadside motels combined into one complex. 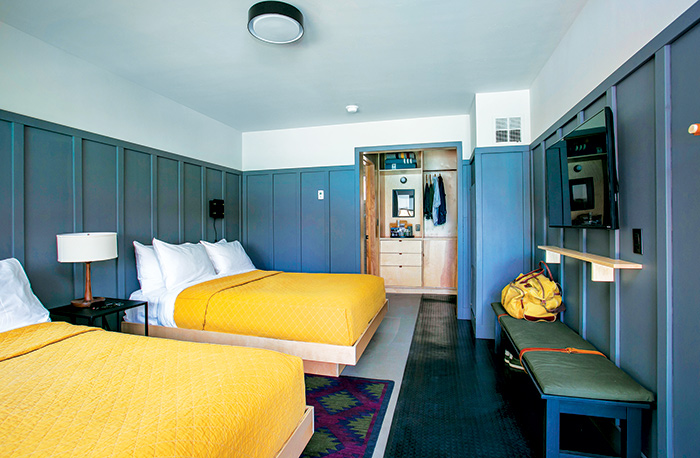 “We wanted to keep the mid-century vibe of the main building, without being overly nostalgic,” says Ruben Caldwell, founding partner of the Brooklyn-based design firm Studio Tack, which led the renovation. Carefully preserving the original lines of the two-story motel, a demolition team took the building down to the studs. Plumbing, electrical fixtures, insulation and wiring were all updated. “It’s essentially a brand-new property,” Caldwell says. 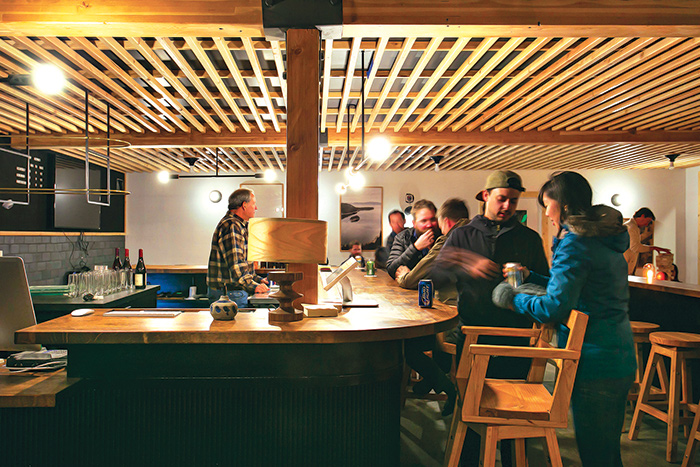 In the lobby bar, guests can play board games from the hotel’s collection. [Photo: Matt Bolt]

A palette of blacks, browns and charcoals paired with unfinished, natural textures throughout the hotel reflects the Tahoe area and mountain setting. “We utilized common materials like plywood and concrete in uncommon ways,” Caldwell says. Sierra Sustainable Builders, a local firm, handled construction and created many handcrafted details including the lobby woodwork and custom plywood bathrooms. 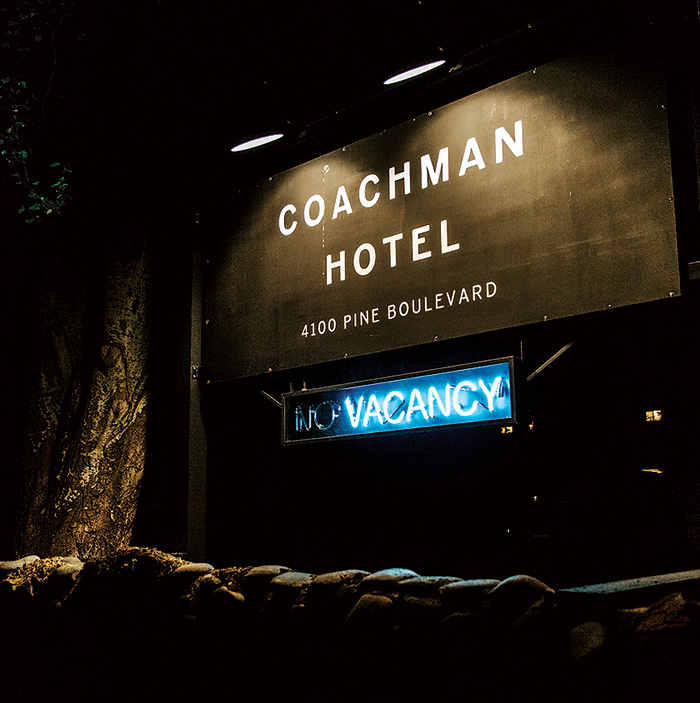 Guest rooms are minimalist and modern, with features like luxurious mattresses and high-thread-count linens, upscale toiletries, high-speed Internet and even heated toilet seats. The property is a short walk to the ski area, beach and casinos, with convenient access to hiking and mountain biking trails. At day’s end, guests return to the lobby bar for a cold beer or gather around the patio fire pits for conversation and homemade s’mores.

A corner seating area in the lobby beckons guests to relax and unwind. [Photo: Matt Bolt]

THE COMFORTS OF HOME

From the moment guests step in the front door, Coachman Hotel exudes a warm sense of hospitality. “The lobby area is an all-purpose living room for our guests,” Bunnage says. The bar serves a continental breakfast, coffee and espresso each morning, and craft beers and wines later in the day. Large sliding doors extend the living area to the patio, where guests can play lawn games and gather around fire pits. The heated pool and hot tub are open year-round.

Guest rooms are comfortable and spare. Floors are bordered in black Activa rubber, so guests needn’t worry about taking off ski boots and wet swimsuits. Luxurious mattresses are covered in crisp cotton linens. Instead of individual toiletries, the hotel provides full-sized pump bottles of upscale Malin and Goetz products like Rum Body Wash. One of the most popular amenities? The bathroom’s toilet seats are heated. “If you’ve never tried one, it’s a wonderful experience,” Bunnage says.

S’mores are a popular treat around the fire pits. [Photo: Luke Beard] 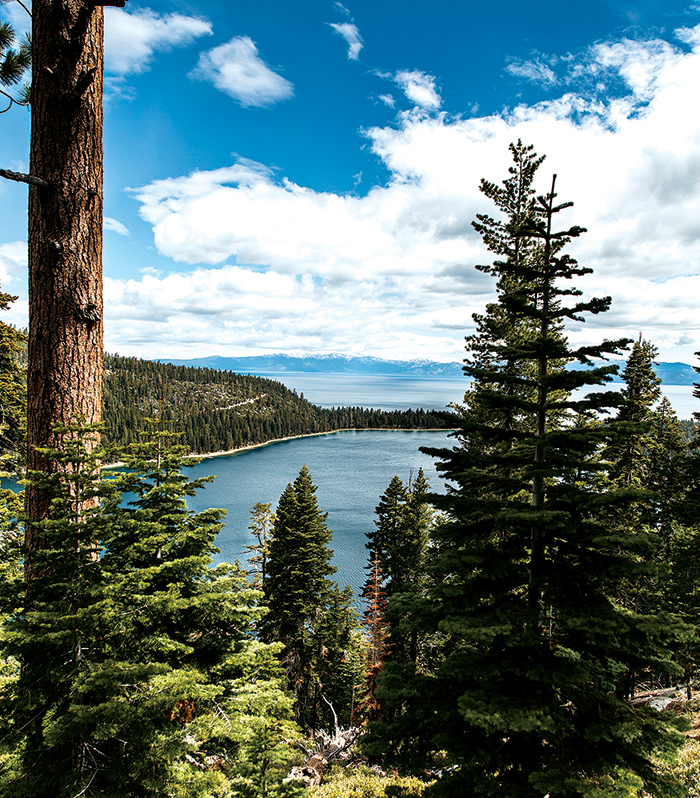 The hotel is a short walk from Lake Tahoe. [Photo: Luke Beard]

Siding from the original building’s exterior was repurposed as paneling in the guest rooms. “It adds a layer of texture, and references the outside,” Caldwell says. [Photo: Luke Beard]

The hotel offers 42 rooms, including standard king or double queen options starting at $179 per night. The Honeymoon Room features a king bed and a heart-shaped soaking tub from the original property. A three-bedroom suite, with rates starting at $799 per night, has sleeping spaces for up to 11 people and includes one king and two queen beds, a bunkroom that accommodates five, a living room and a kitchenette. “It’s a great space for a family or a group of friends who want to stay together,” says general manager Kathleen Bunnage. coachmantahoe.com