Q: Why origami?
A: I was born to teenage Mexican-American gang members, abandoned at three months old and placed in a series of foster homes. At age seven I was introduced to origami through a volunteer at one of my foster homes who was reading “Sadako and the Thousand Paper Cranes,” by Eleanor Coerr. Lost in a lifestyle of violence and drug abuse that surrounded me, I escaped by creating a playful world that evolved from origami cranes. I became popular with kids who wanted the paper toys, and I quickly figured out how to morph the crane into other forms. Today, my process is much the same, I am still playing in response to a viewer who encourages innovation. Refolding designs, I morph old into new to address the conceptual aim. 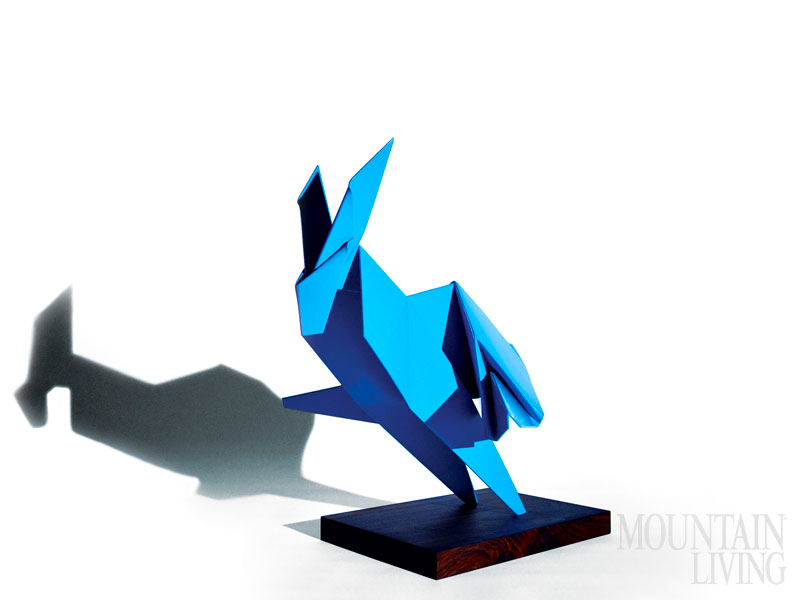 Q: Who or what influenced you?
A: When I found Calder’s massive, red-orange, Los Angeles sculpture “The Four Arches,” he/it gave me a new reach: life. I decided I am not what happened to me; I am my response. I broke from the violence of my birth name, “Gomez-Martinez,” by choosing “Hacer” (Spanish verb: “to make”) and became a sculptor.

Q:  Do you intend for your pieces to be placed indoors or outdoors?
A: When I started building sculpture, my intention was for it to be outdoors. I like the juxtaposition of bold, hard-edged, contemporary sculpture against the organic forms of a natural landscape. I also like the idea of birds sitting on the work or the snow interacting with it, changing it. At the same time, there is something extravagant about sculpture being indoors, occupying space that humans could otherwise use. 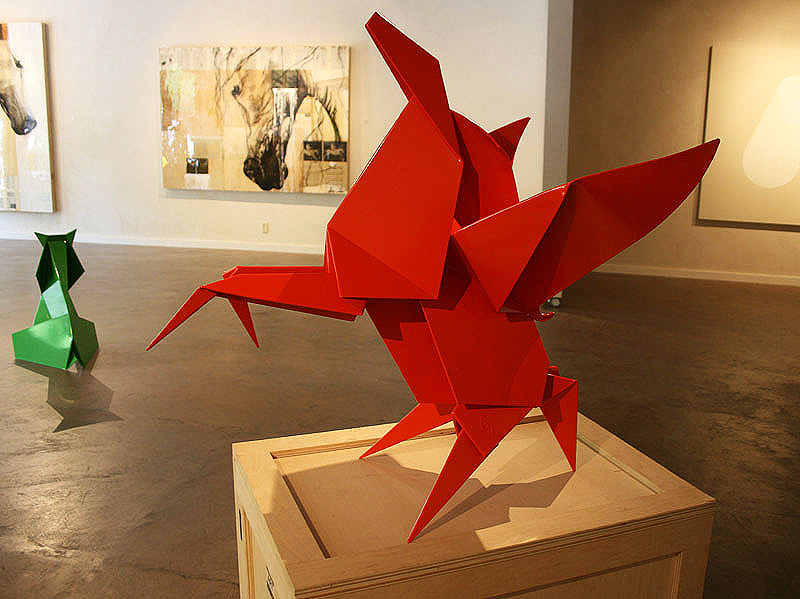 Q: Tell us more about your work.
A: Like the dynamic, formative process hidden by my seemingly simple designs (the juxtaposition of complex folding and a minimalist aesthetic), my work’s simple existence aims to elicit a dynamic response from the viewer about their own formative process: childhood.

This article appears in the March-April 2014 issue of Mountain Living.
Categories: Artists & Artisans