A look at Bar Oso in Whistler, British Columbia, Canada

We skied down Blackcomb to Whistler Village to experience “après” at Bar Oso, a popular Spanish-influenced tapas bar. (Oso means “bear” in Spanish; the name is a nod to the wildlife roaming around Whistler.) We were staying in Creekside—a 10-minute drive from Whistler Village, too far to go home and change out of our ski clothes—so we just lumbered into the bar wearing our ski boots like we’ve done in Jackson Hole and other resorts where it’s totally acceptable.

The first thing I noticed as we entered is that we were the only people in ski attire; this fashionable crowd in cashmere sweaters and Uggs had planned ahead. Despite being mortified at our own appearance—what could we do? We were committed at this point—we were quickly attended to by the lovely hostess, who didn’t make us feel like second-class citizens for it.

The space is compact—a show kitchen/bar is the focal point of the room, and maybe 10 tables are placed around the room’s perimeter. It’s extremely cozy, part bespoke bear cave, part hip Barcelona hangout, with indirect lighting that casts a golden glow on the crowd and the food. 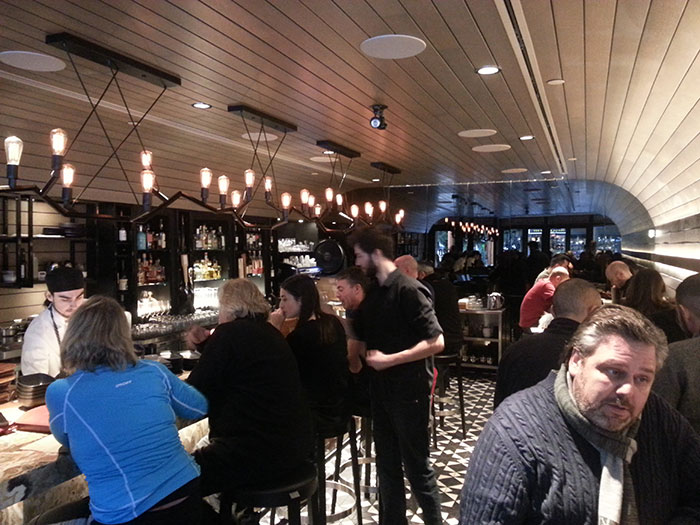 Once you’ve taken a seat, be ready to order a gin tonic, the house drink. (In Spain they say “gin tonic,” not “gin and tonic” as we say in the states.) Jason Redmond has dedicated himself to creating the perfect drink, even traveling to Spain during his research. 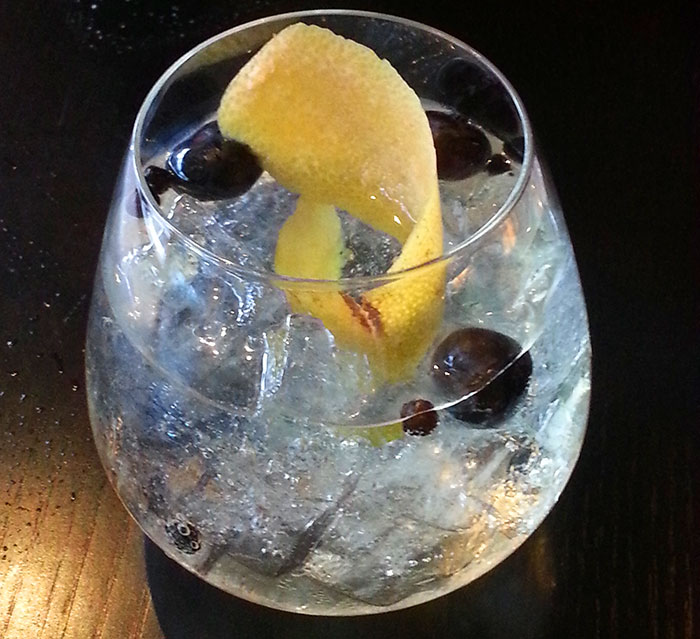 The custom-crafted gin tonics are the result of untold hours of mixology, keeping Jason occupied in a mad-scientist atmosphere until he had perfected his creations. 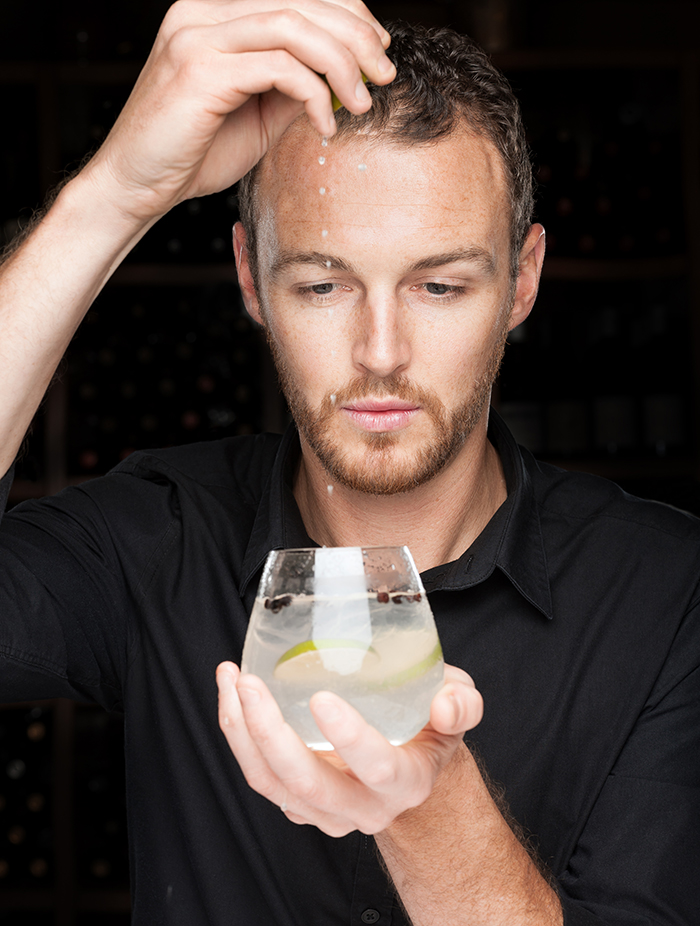 And perfect them he did. The most popular (and, in my mind, most delicious) version is the Long Table cucumber gin with Phillips cucumber mint tonic. 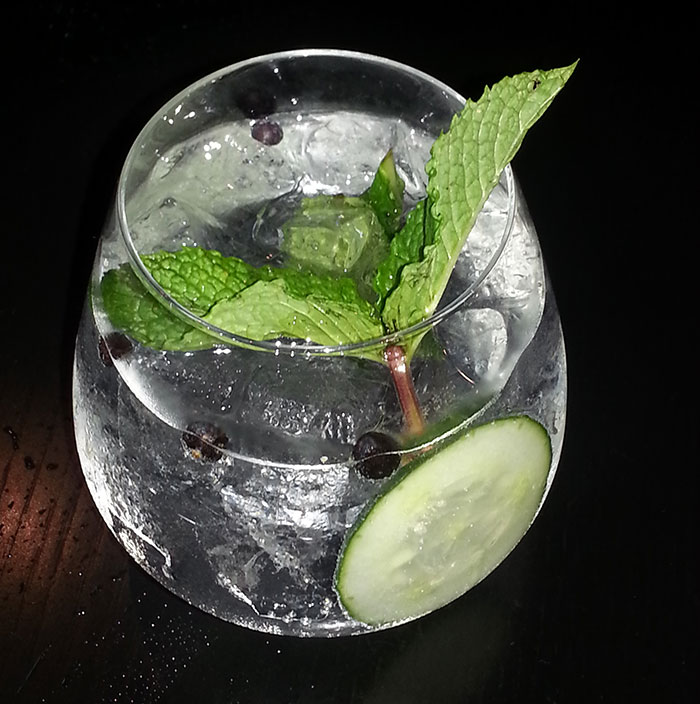 After drinks arrive, let the tapas begin! Be ready to eat your way through the amazing menu of small bites with large palate appeal. Chef Jorge Munoz Santos, who was plucked from the staff at sister restaurant Araxi (both restaurants are owned by the Toptable Group), helped us make our choices. 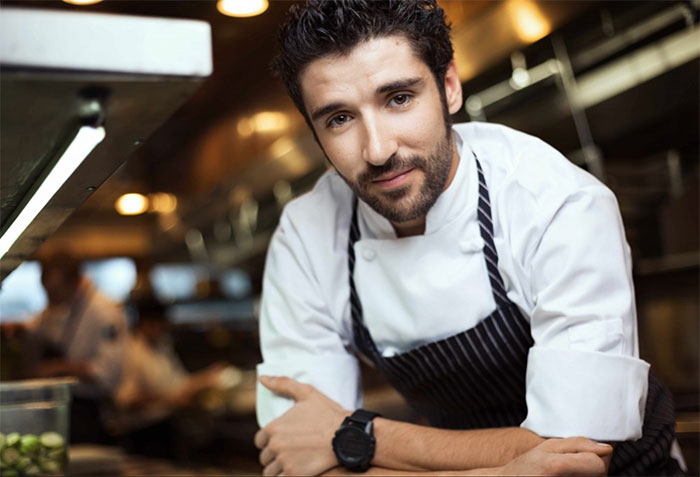 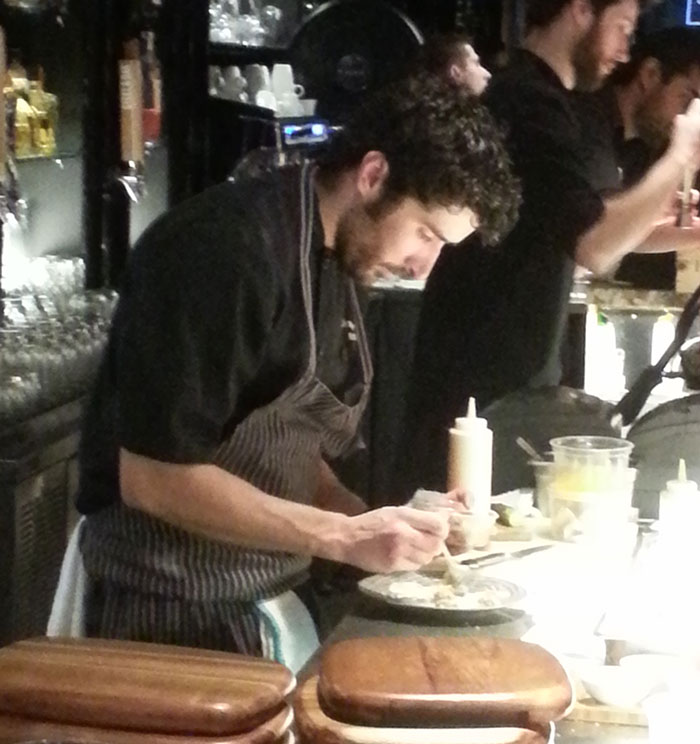 We started with wild scallop crudo, an award-winning dish; and wild prawns sautéed in garlic chili and olive oil. Next we sampled a house-made charcuterie board with iberico de bellota, made from acorn-fed Spanish pigs. The result is a nutty flavored ham that melts in your mouth. Also on the board, Spanish manchego and Italian drunken goat. By this point we were getting full, but the chef recommended the lamb albondigas—meatballs that he created after traveling around Spain in search of flavors to make the dish truly Spanish. We loved the albondigas so much that we fought over the fifth meatball—this dish is on my list of most memorable dishes. 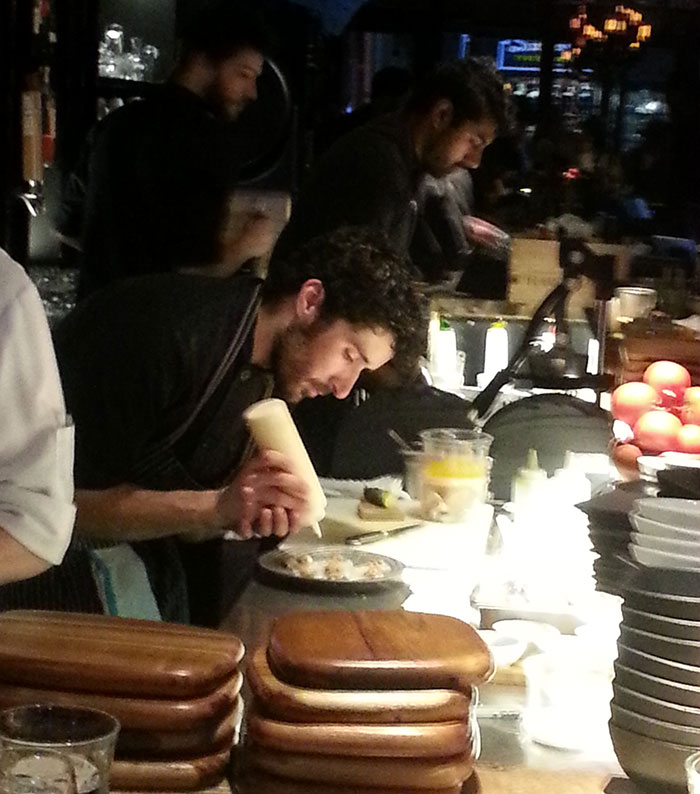 Dessert was a beautiful cream catalana (a Spanish version of crème brulee) and a tawny port.

On my next trip to Whistler, this will be the first stop I will make. And I'll make sure to bring my Uggs.SaveSave