River Rafting in the Rockies

There’s no better or more exhilarating way to cool off in the summer than a rafting trip down one of Colorado’s rivers. Rafters can choose to careen down swift-moving rivers such as the Cache la Poudre near Fort Collins, or drift lazily along the San Juan River in Pagosa Springs in late summer.

There are many rivers in Colorado, and even more rafting companies, and finding the right fit for you can take some investigating, but it will be well-worth it.

Last June, I went on a rafting outing with Blazing Adventures on the Roaring Fork River. The guides, who had decades of rafting experience between them, told our group that the water was higher than they’d ever seen it, which made half our group giddy with anticipation and the other half quietly apprehensive.

Once on the river, we splashed and bumped by beautiful river homes and thickets of tall green trees; a trip that normally takes three hours took just one and a half.

Blazing Adventures also offers rafting trips on the Colorado River and Arkansas River. At this point in the season your ride probably won’t be as crazy as mine, but on the bright side you’ll be able to take in more of the scenery. 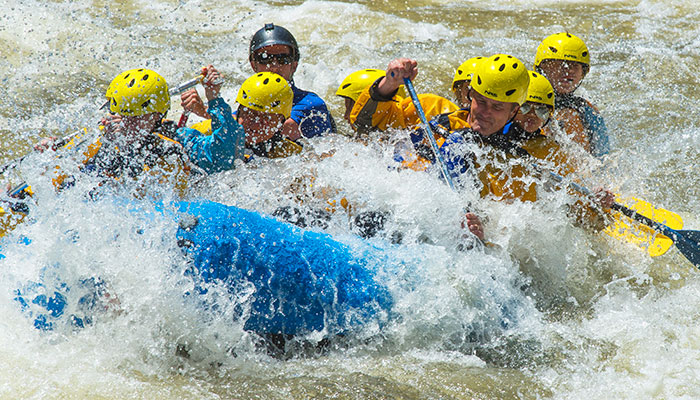 The Cache la Poudre, simply called the Poudre by locals, is the only nationally designated “Wild & Scenic” river in Colorado, a classification similar to a National Park designation. The Poudre is one of the most unique river destination in the state, and it offers rapids for every age and ability.

The river cascades 7,000 feet down from its headwaters in Rocky Mountain National State Park through the Roosevelt National Forest in Poudre Canyon. This is where whitewater rafting takes place, and throughout the summer, rafts can be seen bobbing along this narrow section of the 126-mile river.

After a thrilling day on the river, rafters can enjoy pizza and a cold pint at Paddler’s Pub in Fort Collins, and through August 28, there’s live music on the pub’s stage. 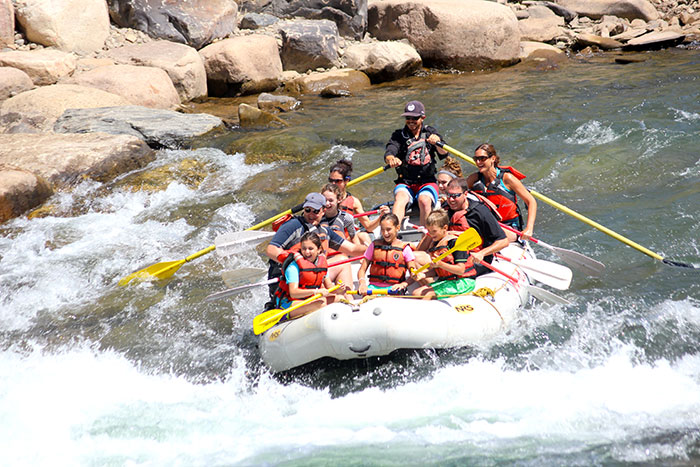 Photo courtesy of Mild to Wild

RIDE THE RAPIDS IN DURANGO

The scenery in this area is diverse and includes desert vistas and mountainscapes. Outfitters such as Mild to Wild offer an array of trips, from two-hour excursions to four-day adventures.

Best of all, rafters can end their day at one of Durango’s six microbreweries or one of their amazing eateries.

When choosing a rafting company, it’s important to choose a reputable one. Here’s a good list of outfitters from Colorado.com.