Quilting Off the Map 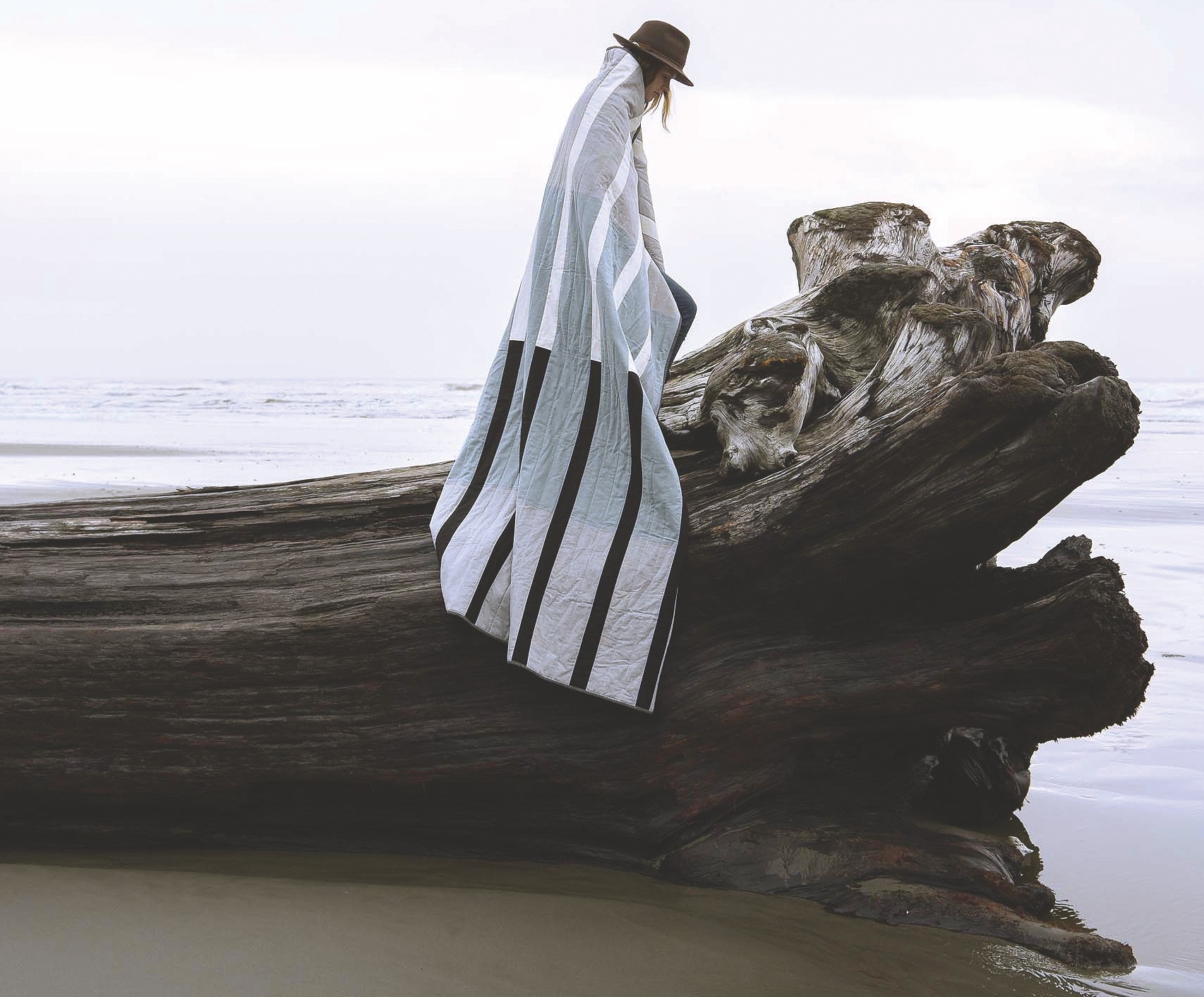 Laura Preston was born to roam. With a Belgian mother and a father who traveled frequently for work, her family often took to the road on adventures. “My mom likes to say that I had dipped my feet in the Pacific and Atlantic oceans before I was one year old,” Preston says with a laugh. 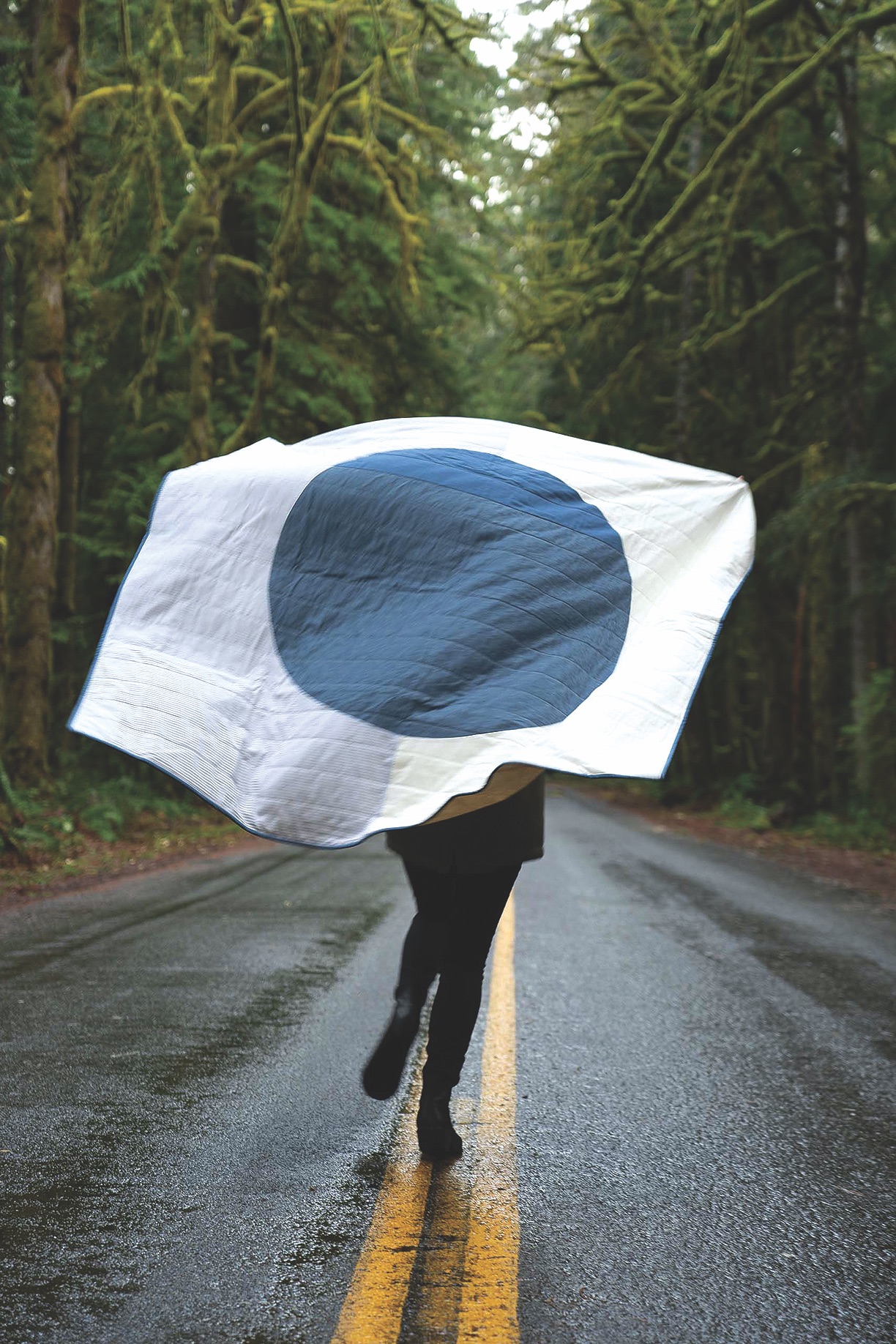 On the run with the Blackberry Quilt, in linen cotton, from the Pacific Northwest collection.

So, it’s no surprise that a passion for travel fuels her creativity. But here’s the twist: Her chosen artform is that ultimate symbol of home and hearth—the humble quilt. 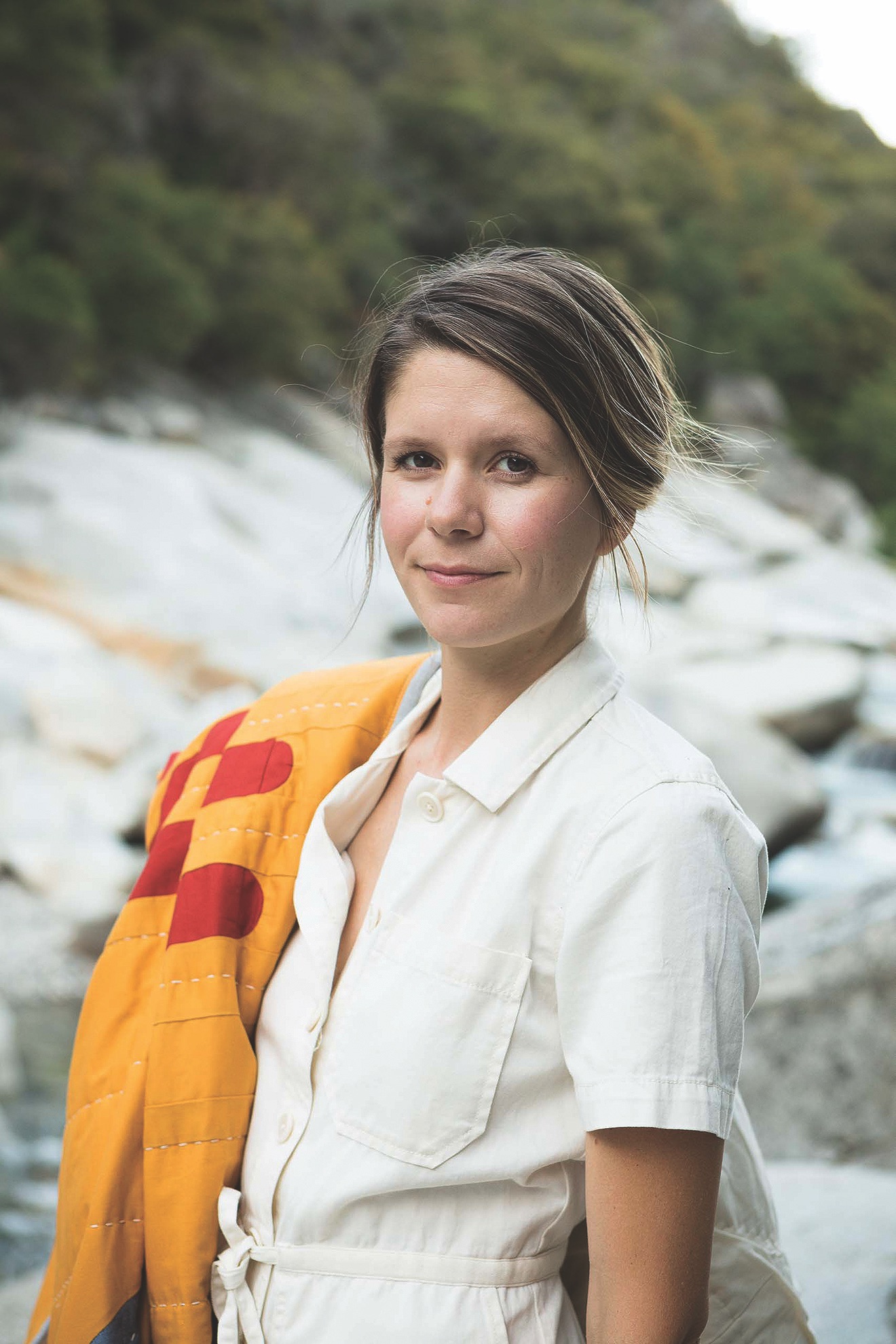 Vacilando Studios’ founder and chief creative officer, Laura Preston, draped in one of her quilted creations.

Preston was already an avid artist when she and her husband embarked on a six-year nomadic journey in an Airstream. “But it wasn’t really until we started traveling and I started looking for a new medium to work in that I discovered quilting,” she explains. The fact that she lived in a trailer and didn’t own a sewing machine wasn’t about to stand in her way. 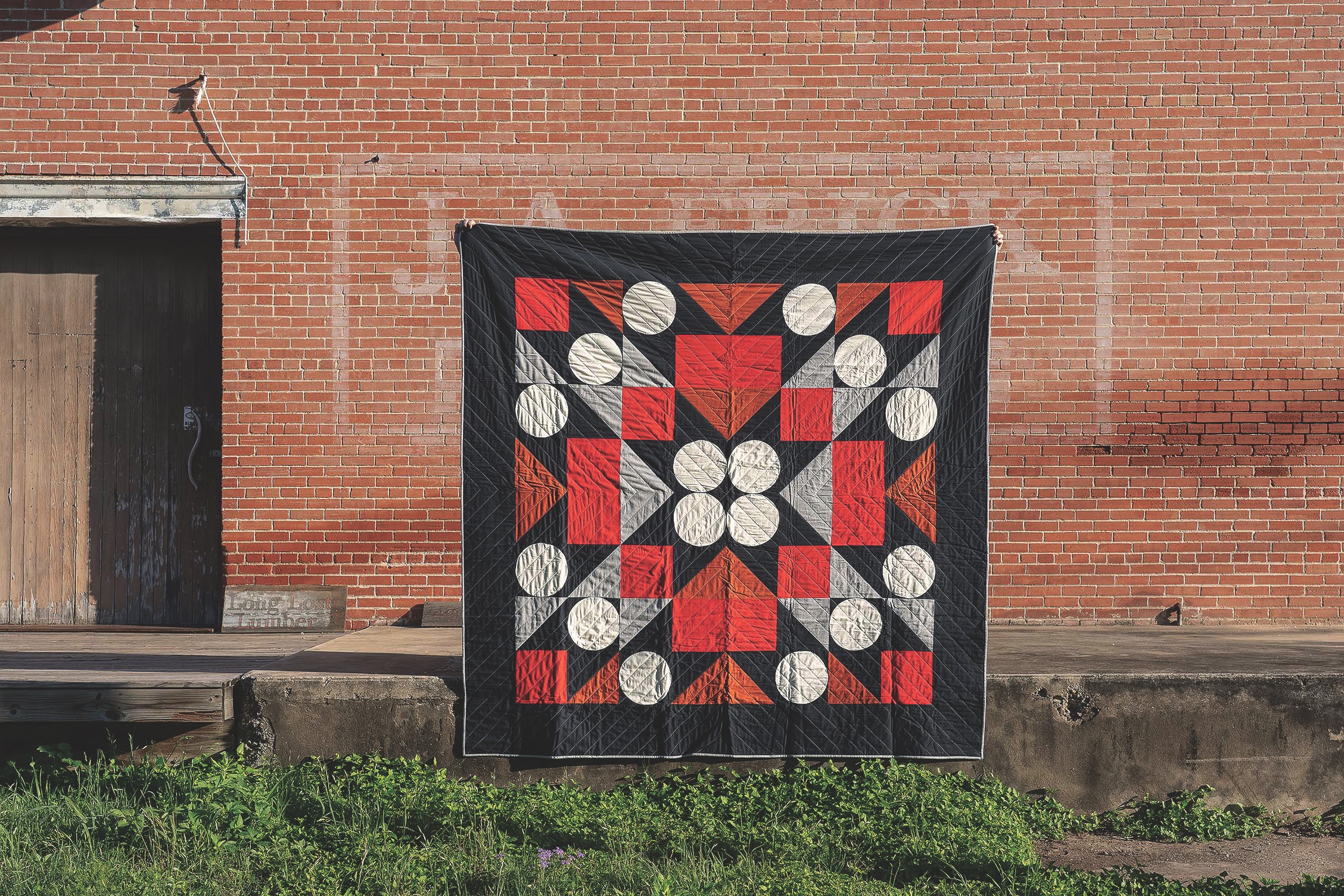 Vacilando Studios’ one-of-a-kind Going Back Quilt, from 2019, inspired by the energy and excitement of New York City.

She methodically taught herself basic quilting techniques by watching YouTube videos and reading blog posts. “It was a lot of kind of figuring it out and trying stuff and seeing if it would work,” she recalls. “I feel like I didn’t have many rules as to what I can and can’t do.”

Inspired by modern quilters whose work she had admired on Instagram and Pinterest, Preston found the courage to design patterns with a fresh aesthetic. Quilting became her obsession. 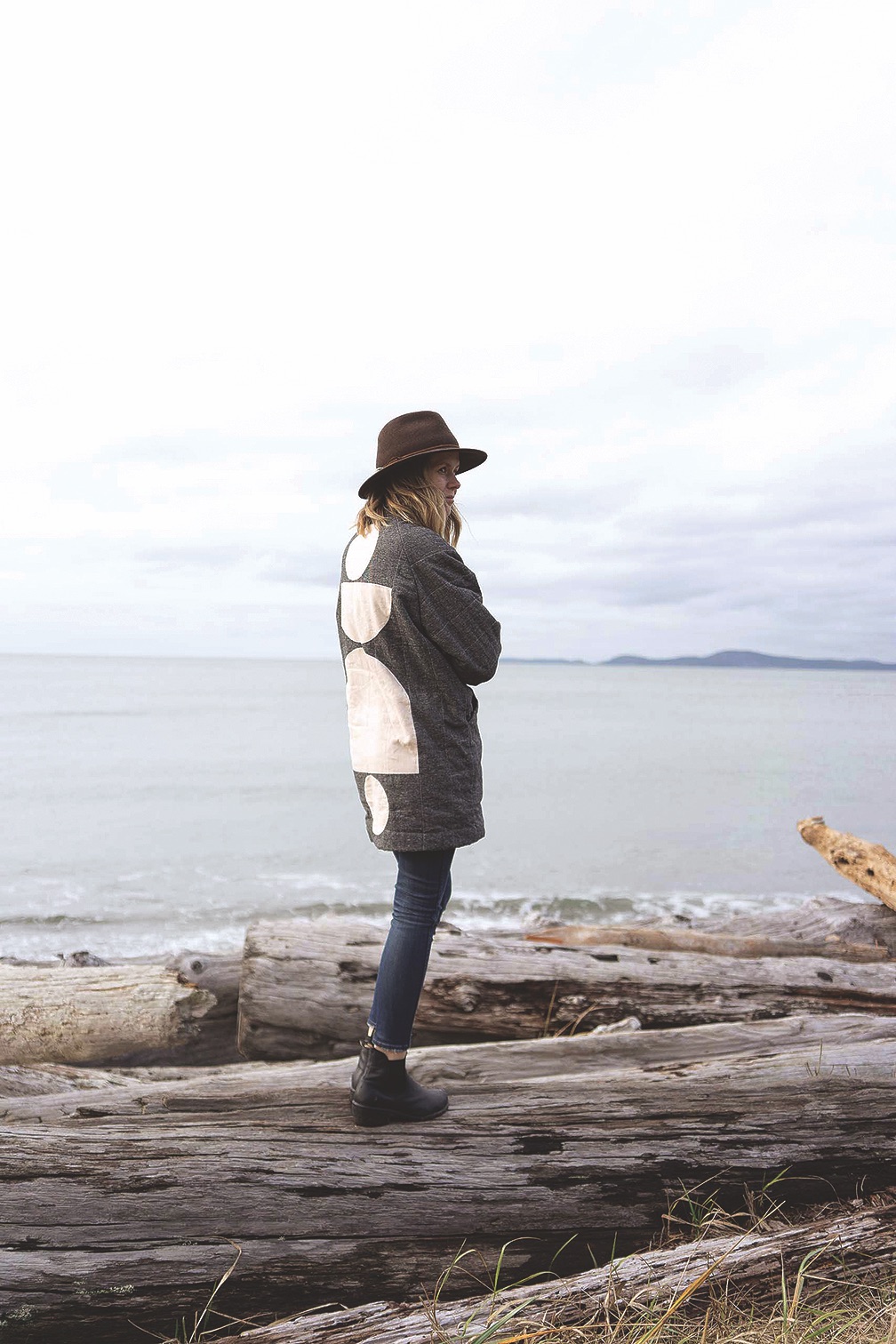 The cozy-chic East Quilt Coat is made from pieced and quilted linen cotton filled with lightweight bamboo cotton batting.

In 2015 she launched Vacilando Studios to market her quilted creations. The name was inspired by a passage in John Steinbeck’s Travels with Charley. As Preston explains, “Vacilando is a word he [Steinbeck] comes across during his travels that means someone who’s going somewhere but they don’t know exactly how they’re going to get there.” 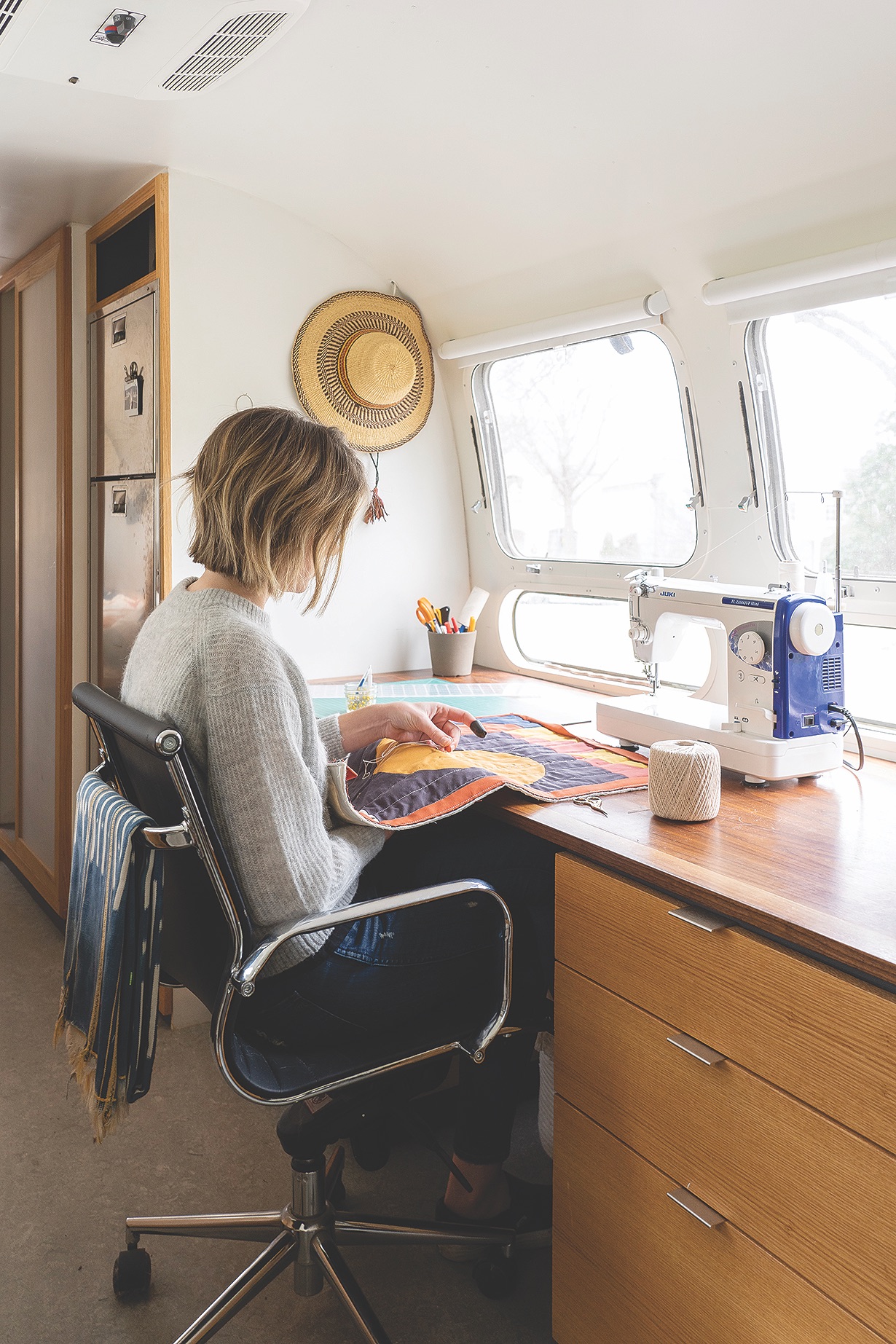 Small-scale projects for a compact studio. Preston at work on her sewing machine aboard the Airstream trailer.

Emblazoned with bold shapes and strong colors, a sense of place is stitched into each one of Preston’s quilts.

“Something about taking a landscape and simplifying it as much as possible—while still retaining the essential components of it—is kind of how I wanted to represent those places,” she says. “I was really drawn to large-scale piecing and big fields of color.” Preston and her team of seamstresses create quilts in several landscape-inspired series, including the Pacific Northwest collection, the Lowlands collection, and the Balance collection. 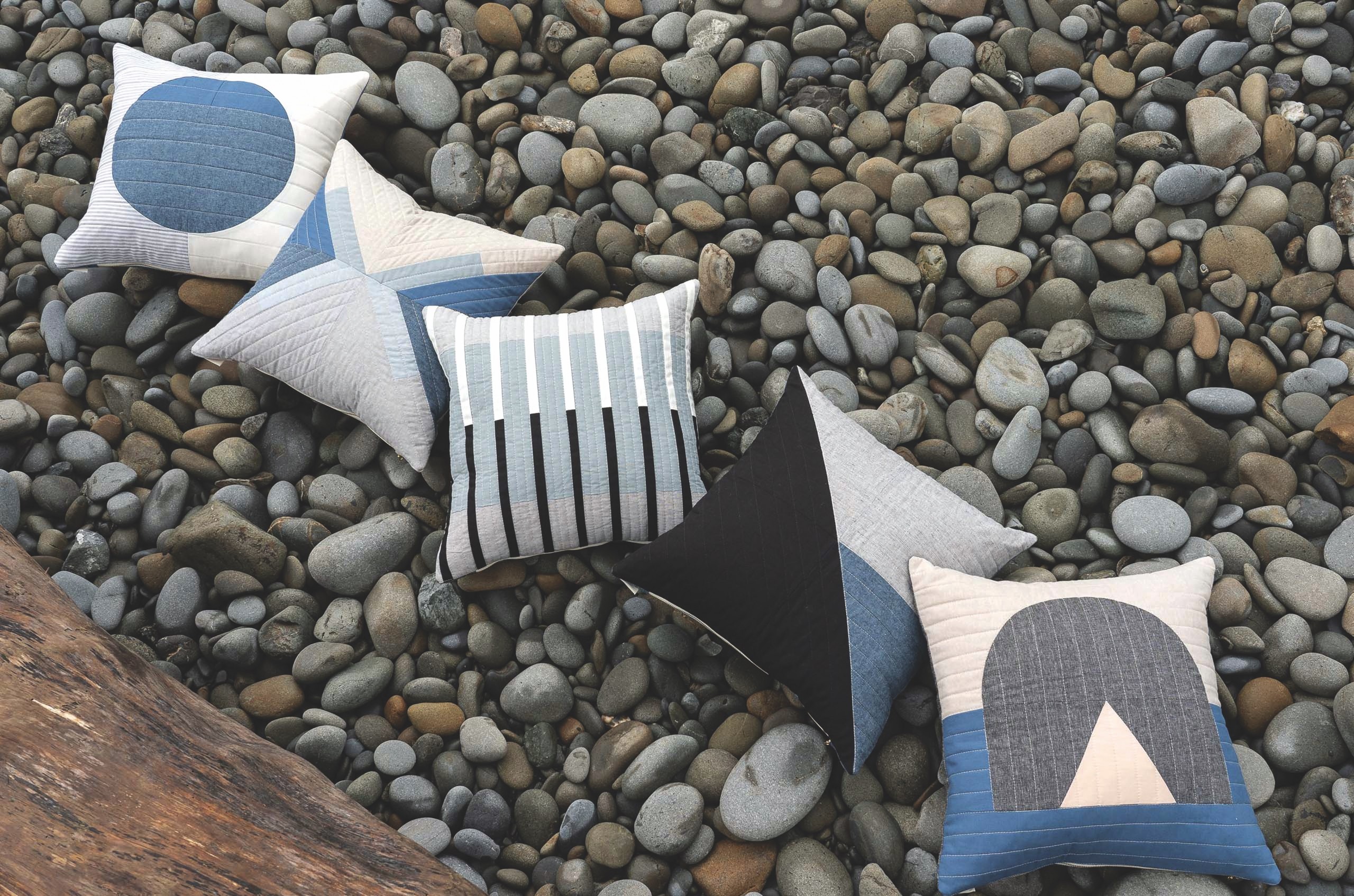 Vacilando’s product line has recently expanded to quilted wall hangings, quilted pillows and garments including quilt coats and quilted bandanas. Preston sees her handcrafted, American-made goods as modern heirlooms. “I think people love a product with a story,” she says. “This idea of investing in an heirloom that they can have for a long time and use every single day and pass down to their kids has become a lot more appealing.”

Preston and her husband finally decided to park the Airstream and put down roots in the Texas Hill Country, where they’re currently renovating a Midcentury Modern house. Quilting has given her a new sense of purpose, and through her Simple Geometric Quilting book and website she’s also empowering the next wave of needleworkers to chart their own course. 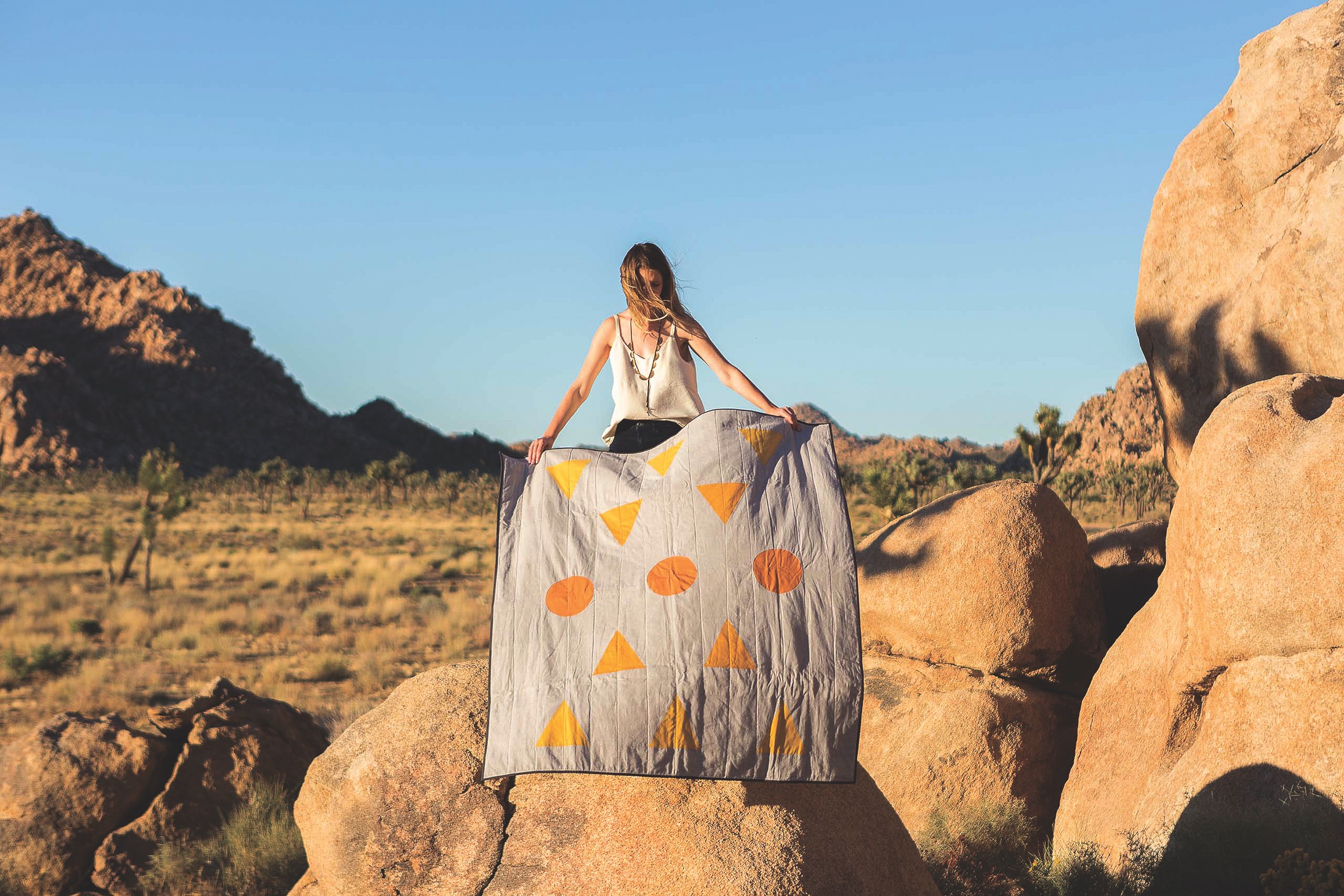 The Sunfair Quilt was inspired by the warm golden tones of the desert near Joshua Tree. It’s available in sizes from crib to king.

And if that creative journey meanders a bit instead of following a predictable path, then that’s just fine. “A big reason that I wrote the book was to inspire people to trust their own creativity,” Preston says. “Giving them the tools to really explore that creativity and make something that’s totally unique is so much more interesting than copying straight from the pattern.”