A match made in heaven

The Flying H Polo Club plays on one of the most beautiful fields in the country. Located at the base of the Big Horn Mountains, the club plays eight weeks—in 2017, from July 6 to August 29. 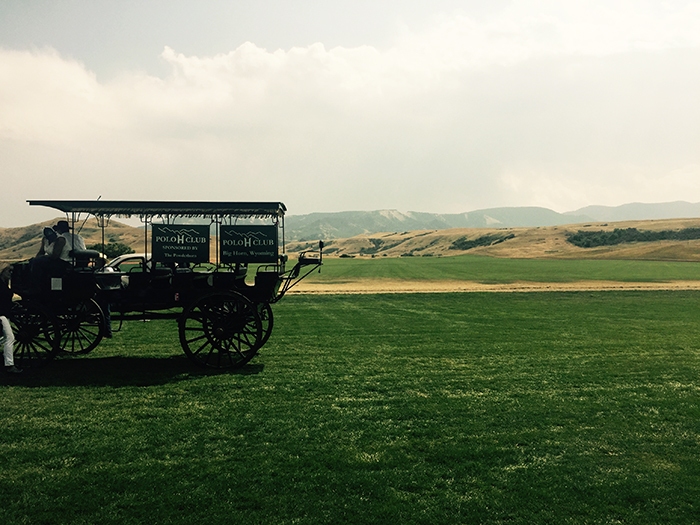 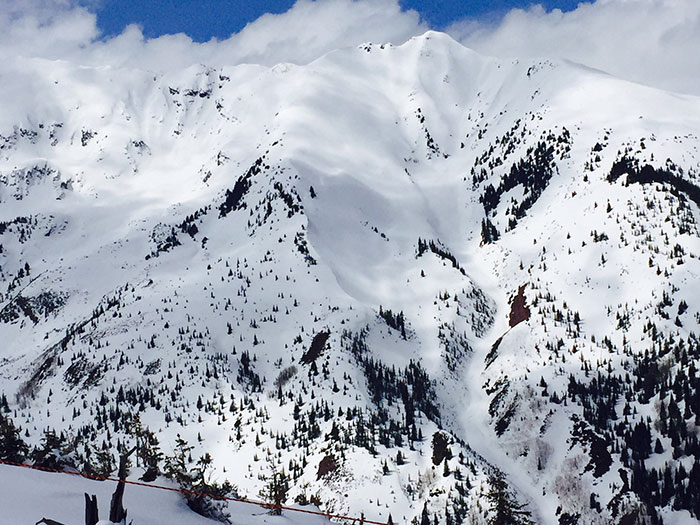 Polo is played in six chukkers, and ponies are switched out after each chukker. A polo field is the size of a football field, and in Big Horn you can sit next to the field with unobstructed views of the action and the sound of thundering hooves as the teams race past. 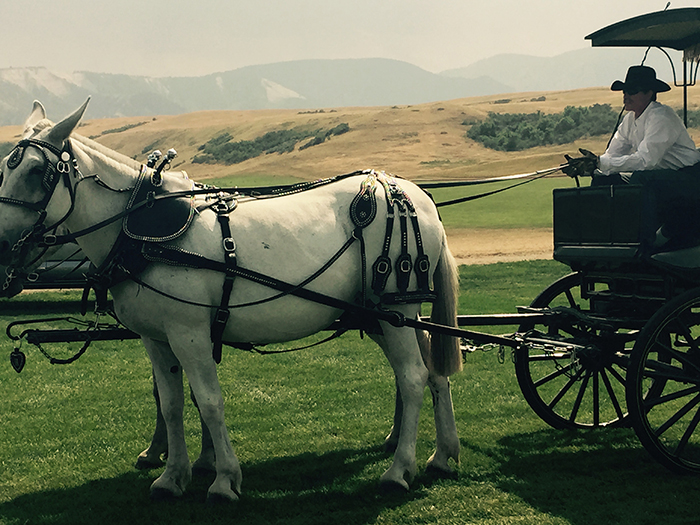 At the end of the six-chukker match, the winners were brought to the trophy table via horse-drawn carriage, a charming finish to the contest. 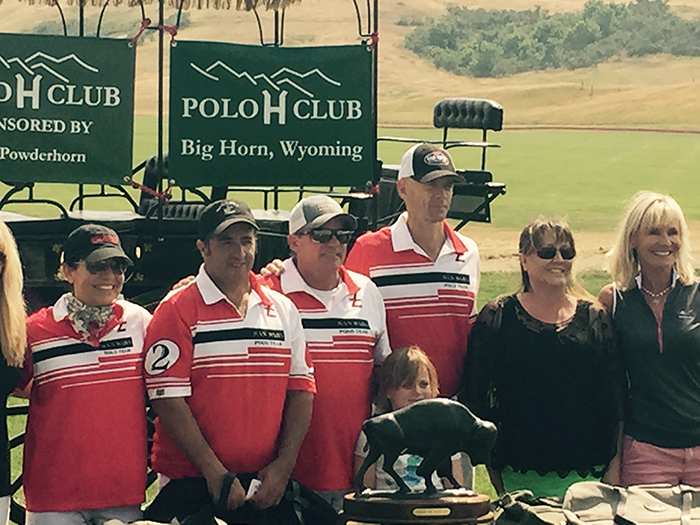 Dawn Jones (far left) made the most goals for San Saba team.

San Saba won the match, with player Dawn Jones making the most goals for the team. 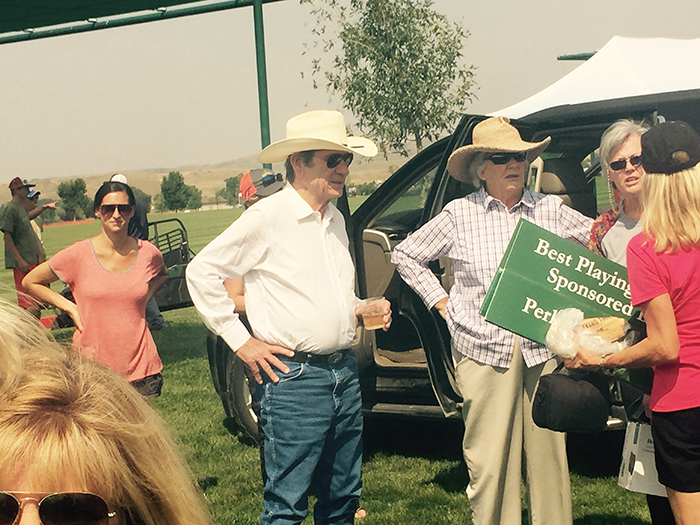 Jones is married to actor Tom Lee Jones, another polo player who has also played on this field and who took in the action that day as a spectator.