Have your heard about psychologist Arthur Aron’s 36 questions for partners to answer to foster intimacy? For those not into Q&A, here’s another idea for ramping up romance that might sound more fun: head to Park City.

“I think of September/October as the season to fall in love in Park City,” says Dan Howard, Park City Chamber of Commerce director of communications. “The kids have gone back to school, and hot summer weather, swim trunks and margaritas are replaced with pumpkin spice lattes, hot toddies and turtlenecks. It’s an ideal time for couples to connect—biking together on quiet lanes or strolling hand-in-hand through the vibrant fall foliage.”

Park City’s story is one of boom and bust—and boom again. In 1868 silver was discovered, and by 1898 the town’s population was 7,500—not far from the number of full-time residents today. But silver prices declined and mines closed, and by 1963 Park City’s population had dwindled to around 1,100. Then, with the help of a federal loan, the town developed Treasure Mountain Ski Resort, reversing its fortune. Deer Valley resort followed in 1981 along with the Sundance Film Festival—fueling positive buzz. In 1995 Park City received the ultimate shot in the economic arm when it was awarded the 2002 Winter Olympic Games—an honor the town would like to recapture as it bids on the 2026 games. 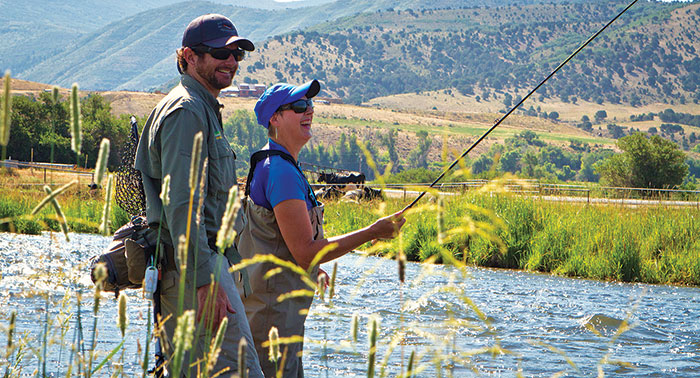 Park City benefits from the winning combination of a charming, historic town surrounded by natural beauty. And fall’s departure of the summer crowds, moderate temperatures and colorful autumn leaves make it the perfect base for just about any outdoor activity you can imagine. “My favorite fall activity is fly-fishing—just wading into the river in the middle of all that majesty and splendor,” says Howard. 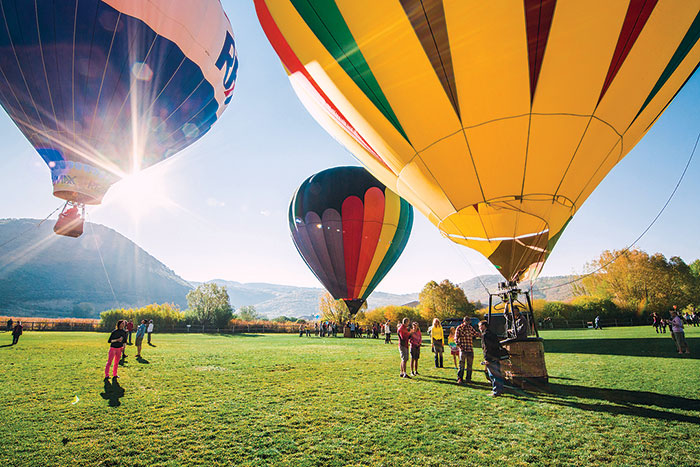 “And while fall may be our most beautiful season of all, it is considered a shoulder between the peaks of summer and winter, which means hotels at a fraction of high season rates,” says Howard, who briefly moved to Santa Barbara but returned after becoming homesick for Park City’s beauty. “And that is magic on top of magic.”

Deer Valley’s Montage is a refined mountain haven complete with the largest spa in Utah and a pub that has its own bowling alley. [Photo courtesy Montage]