Park City: How the Mountain Town is Booming

In late January, as the annual Sundance Film Festival carries out its temporary domination of Park City, traveling film buffs and fur-clad celebrities will boost the town’s modest population by tens of thousands of people. But it won’t be Park City’s first moment in the spotlight of late.

Last summer a historic merger between Park City Mountain Resorts and Canyon Resorts transformed the mountain town into a home base for the largest ski area in the country. A new gondola system and $50 million in upgrades later, this season’s pass-holders are covering more ground than ever before, on a combined 7,300-plus acres of skiable terrain. 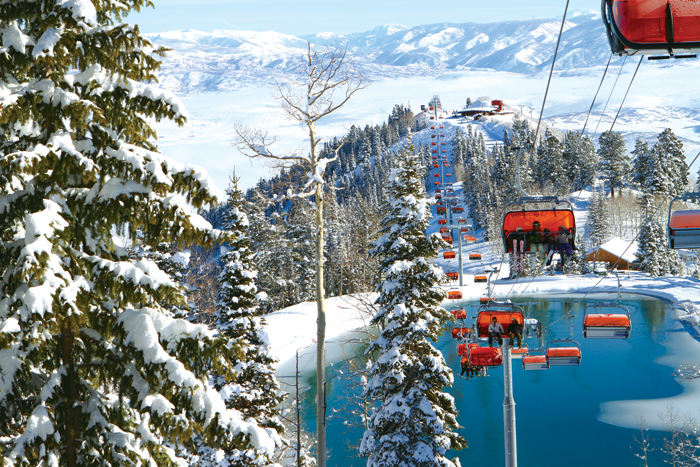 [Photo courtesy Park City Chamber/Convention & Visitors Bureau]
If you were to ride each of Park City Resort’s 41 lifts, you’d end up traveling 22.39 miles, the equivalent of a journey from Park City’s charming Main Street to Salt Lake City. You’d also climb a total of 34,400 feet (Mount Everest is 29,029 feet). On the resort’s 17 peaks, 300-plus trails cover 5,530 football fields of skiable terrain. And while the average annual snowfall is 350 inches, more than 480 snowmaking guns are ready to help Mother Nature out. Don’t own any gear? The resort has 1,131 snowboards and 3,773 pairs of skis available for rent.

But the new resort, owned by Vail Resorts and now simply called Park City, won’t seem quite so large if ONE Wasatch, a grassroots movement to unite six local ski areas (Alta, Brighton, Deer Valley, Park City, Snowbird and Solitude) into a single winter wonderland, becomes a reality. Such an extraordinary cooperative would result in 18,000 acres of ski turf—an astounding 100 lifts on one ticket—and the creation of North America’s largest contiguous ski circuit.

The plan has its opponents—backcountry ski enthusiasts who fear their hidden gems will become run-of-the-mill groomers, and environmentalists concerned about the impact on the watershed and the mountains—but has earned the support of all the ski areas in the central Wasatch region. “If the concept ever became a reality, it would only increase the urge to visit Utah,” says Paul Marshall, a director at Ski Utah. “The 2002 Winter Olympic Games in Salt Lake City put Utah’s ski industry on the map, and ONE Wasatch would secure Utah’s legacy.” Translation: Visit Park City now (using our handy guide that follows, of course), and you can say you knew it when. 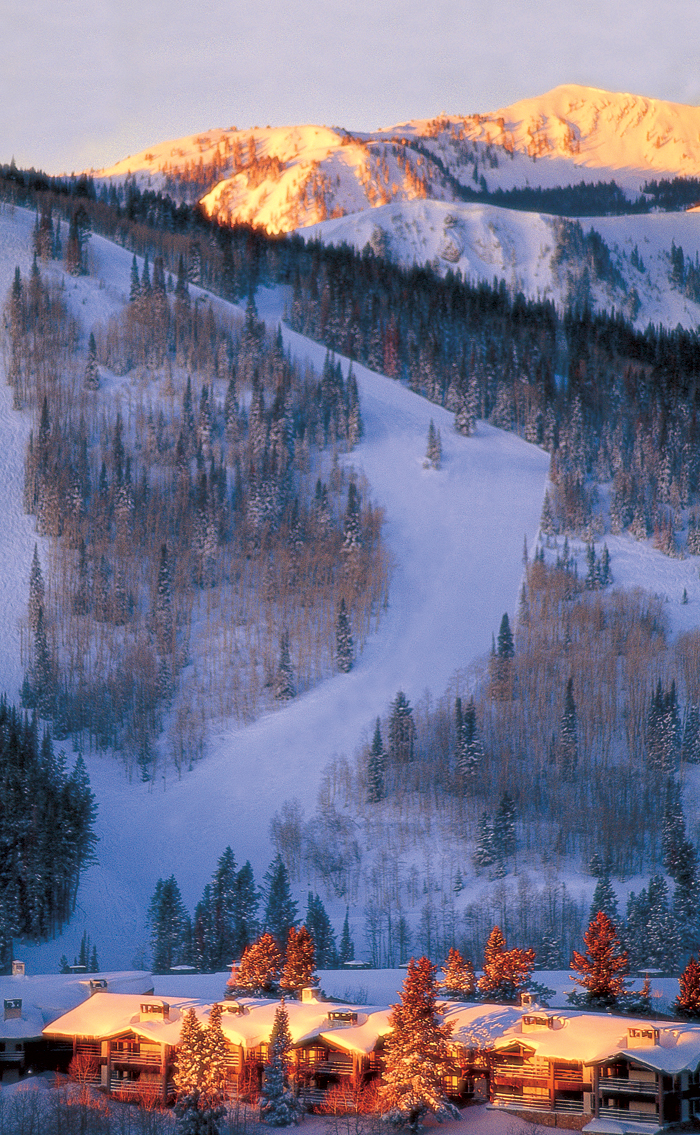 [Photo courtesy of Park City Chamber/Convention & Visitors Bureau]
The recently remodeled rooms at the AAA five-diamond-rated Stein Eriksen Lodge are a beacon of warmth and luxury at the end of a day on the slopes at Deer Valley.

There’s more to Park City than big screens and ski slopes. Stay, eat, and play here this season to get a real taste of this mountain town: 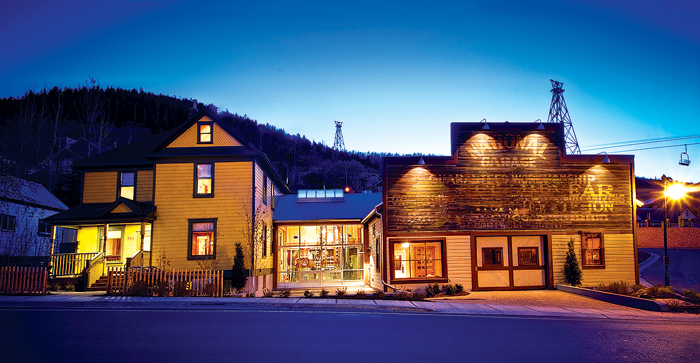 EAT
For a unique après-ski experience, take the Quit ’N Time run down to High West Distillery & Saloon. Situated on Park Avenue, the early-1900s livery stable now houses the country’s only ski-in distillery. The Manhattans—made with whiskey barrel-aged on site—deliver instant warmth, while the chicken schnitzel’s pan-fried goodness replenishes the day’s calorie burn. And because cowboys and hooch have a long and storied history, High West recently opened a second location at the nearby Blue Sky Utah dude ranch.

CHOOSE YOUR OWN ADVENTURE:

UP & AWAY
Floating 4,000 feet above ground in a hot-air balloon provides a unique perspective on the slopes you’ve been shredding. Miles, chief pilot at Park City Balloon Adventures, has plenty of tales to tell about his high-altitude adventures and the scenery below. Just be sure to bundle up.

HISTORY LESSONS
Learn about the town’s silver mining history at the Park City Museum’s well-designed and interactive exhibits (you can board a real 1800s mine shaft elevator, for instance, or shop in a faithful reproduction of an old general store). The museum is built atop the city’s first jail, and the subterranean cavern, with its rusted chains still bolted into the solid rock walls, seems to have been preserved just to induce shudders from museum-goers. 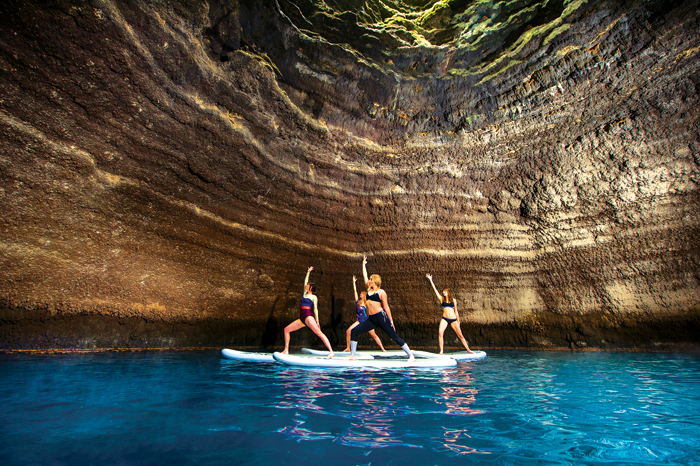 [Photo courtesy of Park City Yoga Adventures]
While huddling by the fire is a popular way to thaw out, consider a warming soak, scuba dive or stand-up paddleboard yoga class in the 96-degree geothermally heated waters of the Homestead Crater in nearby Midway, Utah.

IN HOT WATER
Inside the nearby town of Midway’s Homestead Crater—a volcano-shaped limestone deposit more than 10,000 years old—a 60-foot-deep geothermic pool is naturally heated to 96 degrees. Which means that when you lose your balance during a stand-up paddleboard yoga class, you’ll be as comfortable as you would be in bath water. 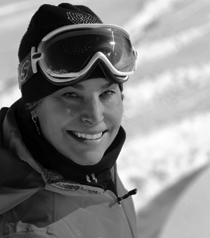 “The Iron Canyon trail is a short and sweet hike, and the lookout is a perfect spot to catch your breath and take in the beauty of our town and mountains.” —Heidi Voelker, former Olympic alpine skier 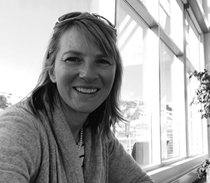 “The Kimball Art Center is a gem of a place that brings in nationally touring art shows and offers art classes for adults and kids. I’m still captivated by the Lego exhibit that came through a couple of years ago.” —Abby McNulty, executive director, Park City Education Foundation 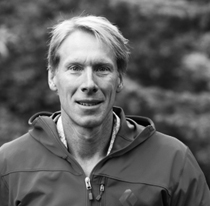 “During Sundance, [the Main Street restaurant] Uptown Fare is only open to locals, so naturally every celebrity can be seen there, trying to get in.” —Andy Beerman, Park City councilman 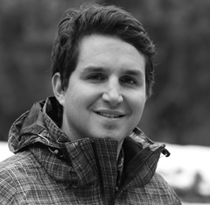 “The two-person sushi bar at Lespri is amazing for a date night.” —Paul Marshall, director at Ski Utah 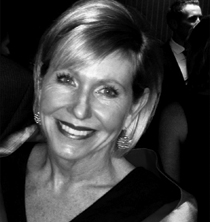 “On powder days, while everyone is heading to the Jupiter lift, you can slip into the trees off Sunnyside or ski under the Motherlode lift to have a floating-on-air experience almost all to yourself.” —Mellie Owen, Park City Special Events Advisory Council