Renovating a hotel filled with guests is never a simple task. And when the spaces you’re altering are iconic ones, created by legendary architects and beloved by generations of travelers, making a change becomes especially difficult. But in the case of La Fonda on the Plaza in Santa Fe, New Mexico, some modification had become necessary. Though additions had been made over the years, the original structure hadn’t been renovated since the 1920s, when the Fred Harvey Company purchased the property and commissioned architects John Gaw Meem and Mary Elizabeth Jane Colter for a top-to-bottom redesign. 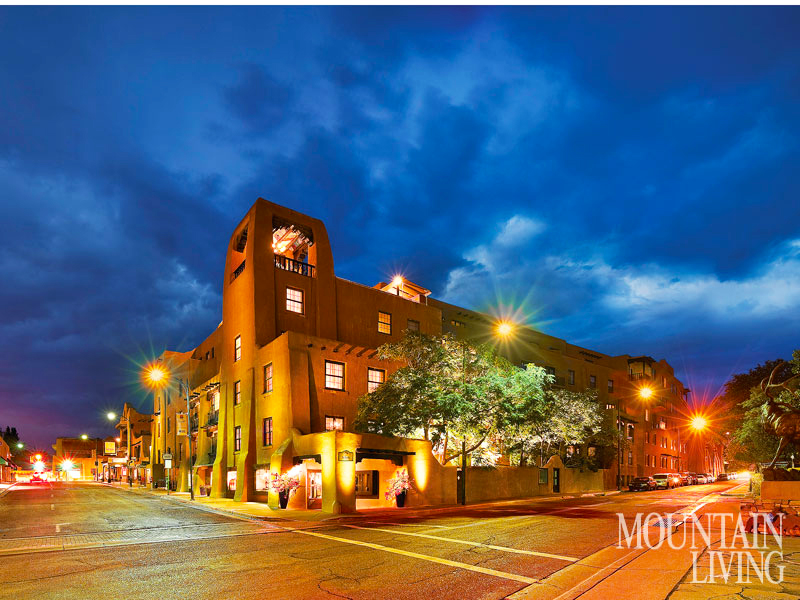 “We want La Fonda to be an icon for the next 90 years,” says Jennifer Kimball, the property’s chairman of the board, “and to ensure that, we knew we needed to add more modern amenities, because things have changed since the 1920s. The question was, ‘How do we add guest comforts without losing our authenticity?’”

Their answer: a meticulous three-phase collaboration with Santa Fe-based Barbara Felix Architecture + Design that began with refreshing the hotel’s signature restaurant, La Plazuela, and continued with the recently completed renovations to 165 guest rooms and suites. (Up next is a facelift for the lobby and common spaces.) “Our goal was to preserve the hotel’s original bones—the guest room doors, Colter-designed stairways, concrete floors—which were phenomenal,” Kimball says, “but also take the opportunity to soundproof between rooms and floors, modernize plumbing, electrical and communication systems, and install state-of-the-art temperature controls and double-pane windows.” 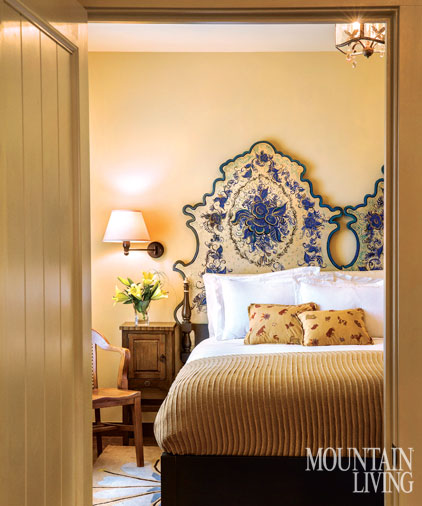 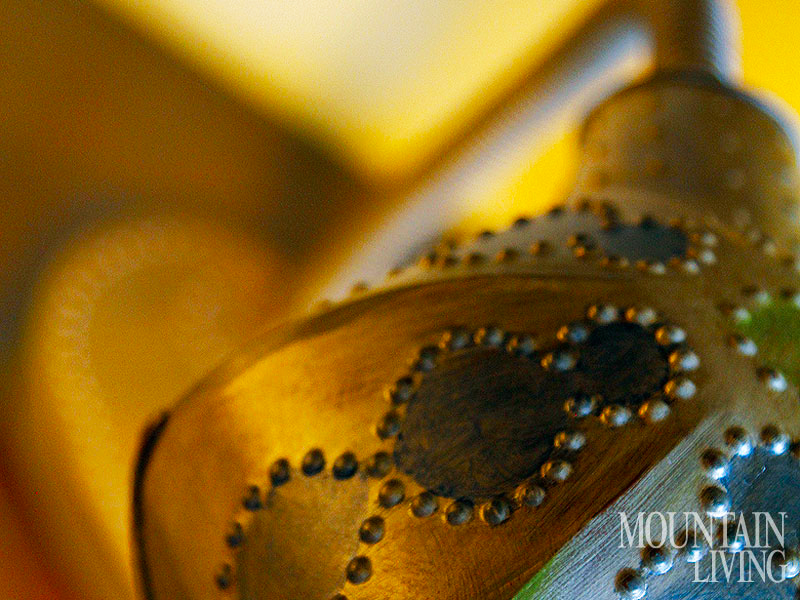 A lovely leftover from the Colter era is the hotel’s collection of hand-painted punched-tin sconces, mirrors and desk lamps. Each one was refurbished, then put back in the guest rooms. Additional lamps were required, so designer Barbara Felix had steel reproductions made by Los Angeles-based Hallmark Lighting, then hand-painted them herself. “The thin steel was pressed, not punched,” she says. “We didn’t want anything getting caught in the rough edges.” 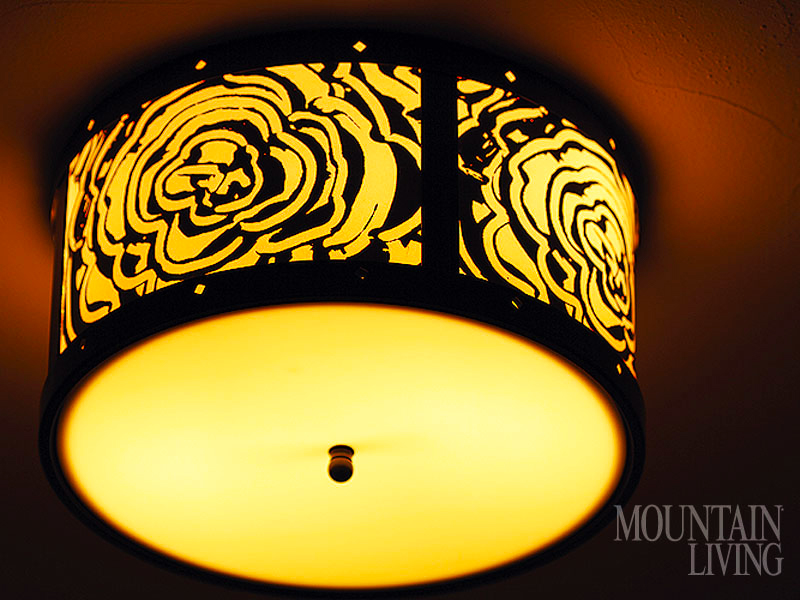 Original artwork has graced the walls of the hotel since the 1920s, and the property is unique in that it owns its entire collection, which encompasses a variety of styles and themes. Older pieces were restored and reframed before being rehung in guest rooms, and new works were commissioned by contemporary Native American artists. Bathrooms feature hand-painted tile murals, and even the period-inspired light fixtures are works of art. 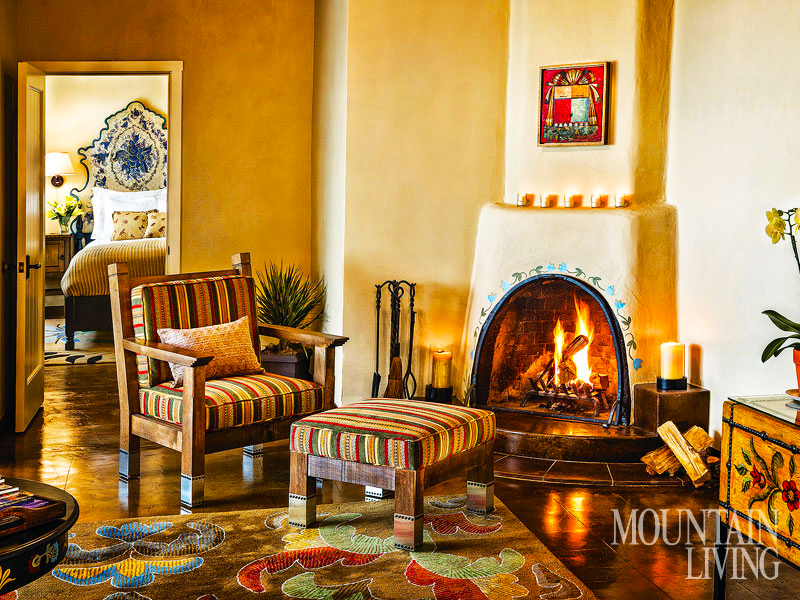 Before beginning the renovations, the design team took apart two different guest rooms—right down to the studs—to examine the hotel’s original structure and building techniques. “When we pulled up the carpeting, we found this glorious stained concrete from the 1920s with a patina so rich, it looks like leather,” Kimball says. With just a little polishing and filling in, it was ready to use. “Wonderfully thick and yummy” custom-made wool rugs featuring whimsical, brightly colored designs add warmth to the sleek surfaces. 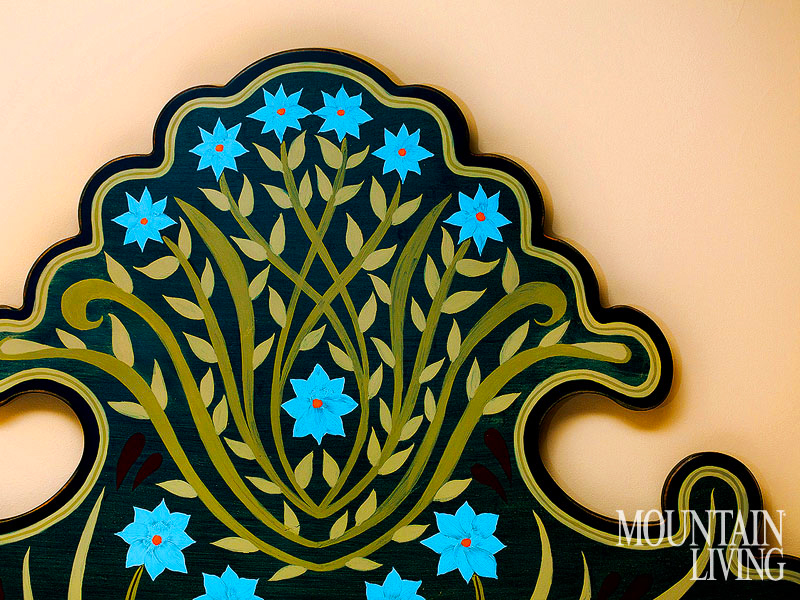 A few of the hand-painted headboards that had been created for the guest rooms in the 1920s were still in use when the renovations began, but reproductions had been added over the years. The hotel hired an expert from the New Mexico History Museum to identify the originals, which were repaired and touched up. When necessary, exact replicas were made and hand-painted by Santa Fe artists, using the same colors and motifs Colter had specified nearly 100 years ago.

This article appears in the March-April 2014 issue of Mountain Living.
Categories: Mountain Travel