She grew up playing with dollhouses—but without the dolls

As a young child, Emily Henry lovingly decorated the rooms of her pint-sized play spaces, meticulously arranging tiny hand-painted furnishings and obsessing over every design detail. “I didn’t know it at the time,” she admits, “but I think I always wanted to be a designer.”

In fact, it took many years for Henry to come to that realization. The daughter of an artist and an architect, she grew up during the late 1960s and early ’70s as a self-professed “hippie child” on the Mabel Dodge Luhan compound in Taos, New Mexico. Constantly surrounded by her parents’ friends—an eccentric group of talented artists, writers and musicians (Henry recalls being scolded for giggling at Mick Jagger’s “weird looks”)—her childhood was intensely creative and unstructured.

As a young adult, Henry found that she craved organization and stability. “I was like, ‘Don’t ever show me a teepee again,’” she laughs.

And so she attended college in the Midwest, married an attorney, settled into a house in Santa Fe, had two children and began a career in interior design. But something was missing. “It was all very respectable,” Henry says, “but at some point I realized I wasn’t being totally true to myself.” 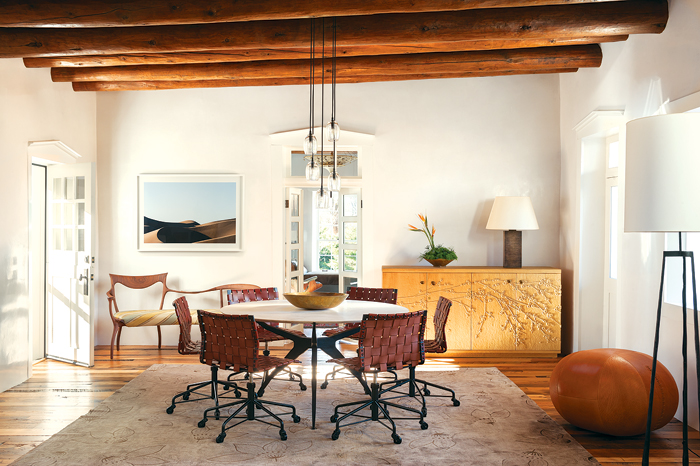 Henry describes pieces like the Pueblo Plum Credenza as “minimal and modernist with a New Mexico flavor.” [Photo by Peter Vitale]

With Millicent Furniture, a collection of handmade wooden furnishings that blends modernist forms with Southwestern materials and motifs, Henry has created a meeting ground between her bohemian childhood and more structured adult years. Named in honor of Millicent Rogers, a New York City socialite who retreated to New Mexico and became an advocate for Native American art, the line includes one-of-a-kind credenzas, lamps, cabinets, coffee tables and stools that each take some 200 hours to complete. Henry designs the intricate nature-inspired motifs that are hand-carved by Taos craftspeople, and each piece is finished with brass accents and leather pulls crafted by a local jeweler and a French leather artisan.

For Henry, the collection not only brings her beloved Southwest into the homes of her clients but also provides a means of reconciling her past and present. “[Millicent] is a combination of total elegance and super-rustic, salt-of-the-earth Taos,” she says. “It’s about finding this perfect balance of it all.” 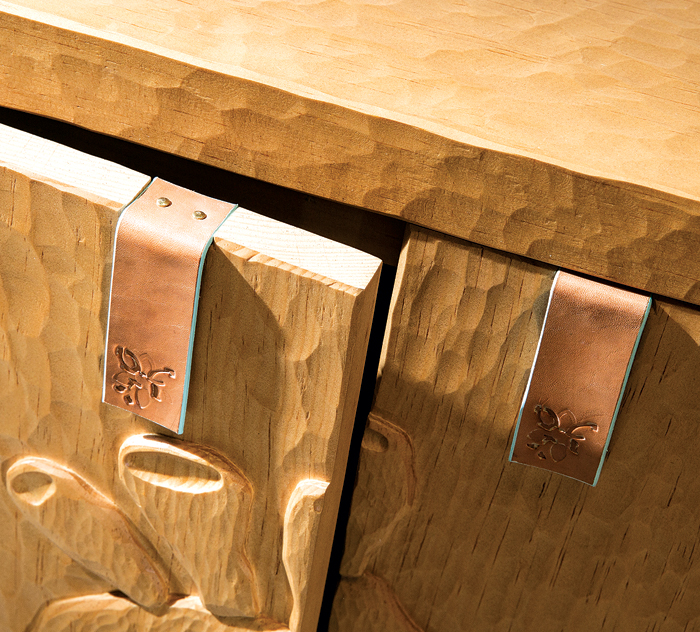 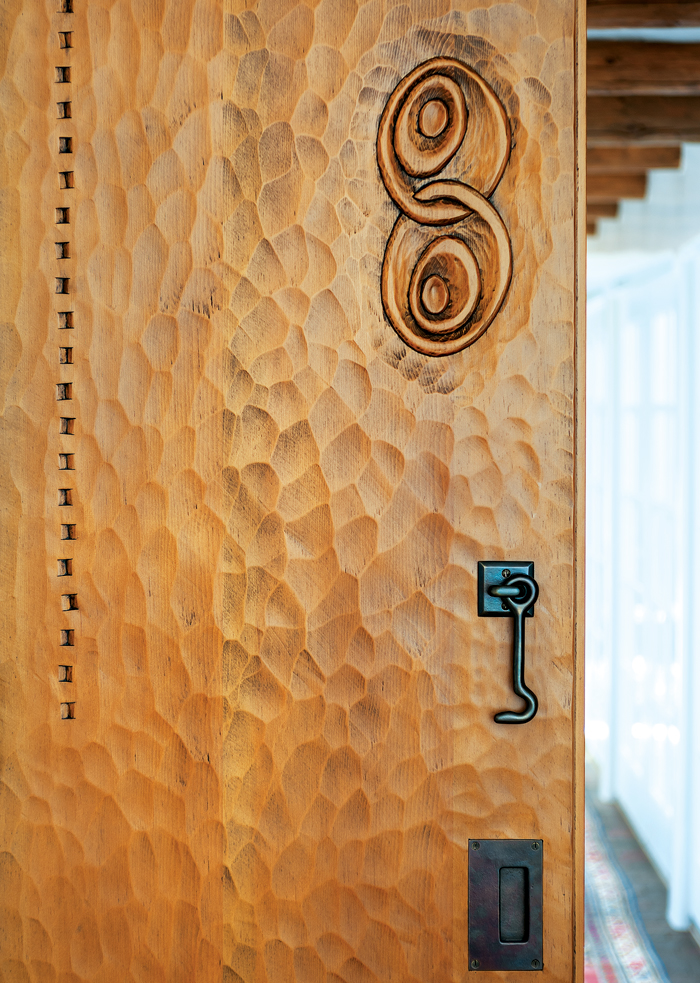 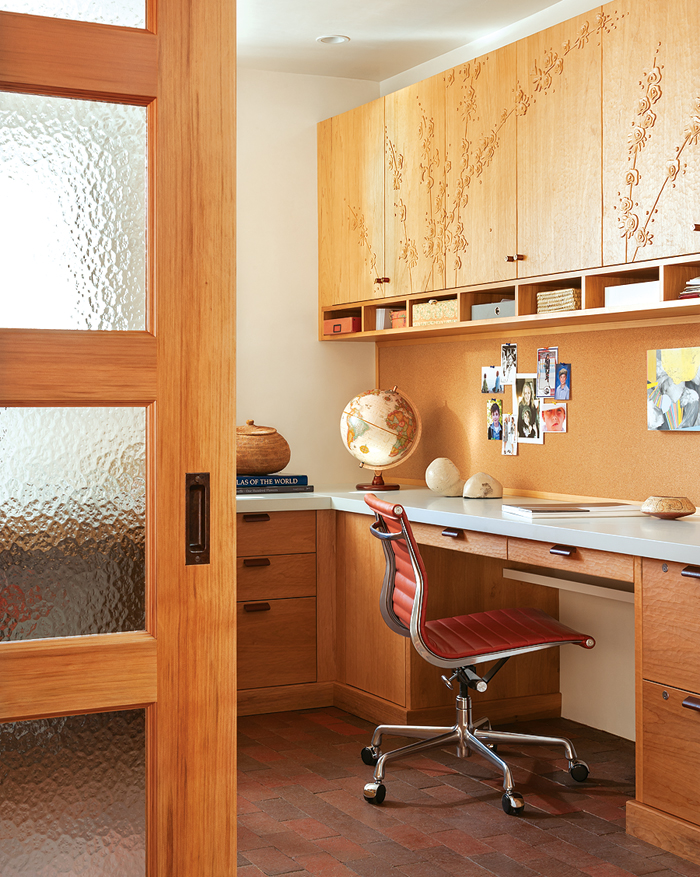 Henry says her furnishings are suitable for any area of the home; these custom-built cabinets add stylish organization to an office space. [Photo by Peter Vitale] 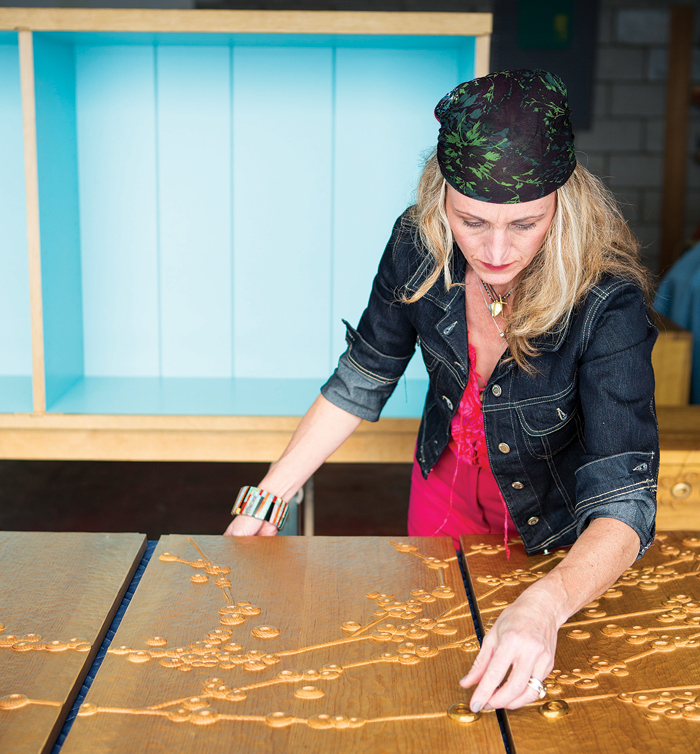 A credenza opens to reveal a bright blue interior inspired by the Taos sky: “Each design is a real story that represents an element of my life or growing up in New Mexico,” Henry says. [Photo by Jen Judge] 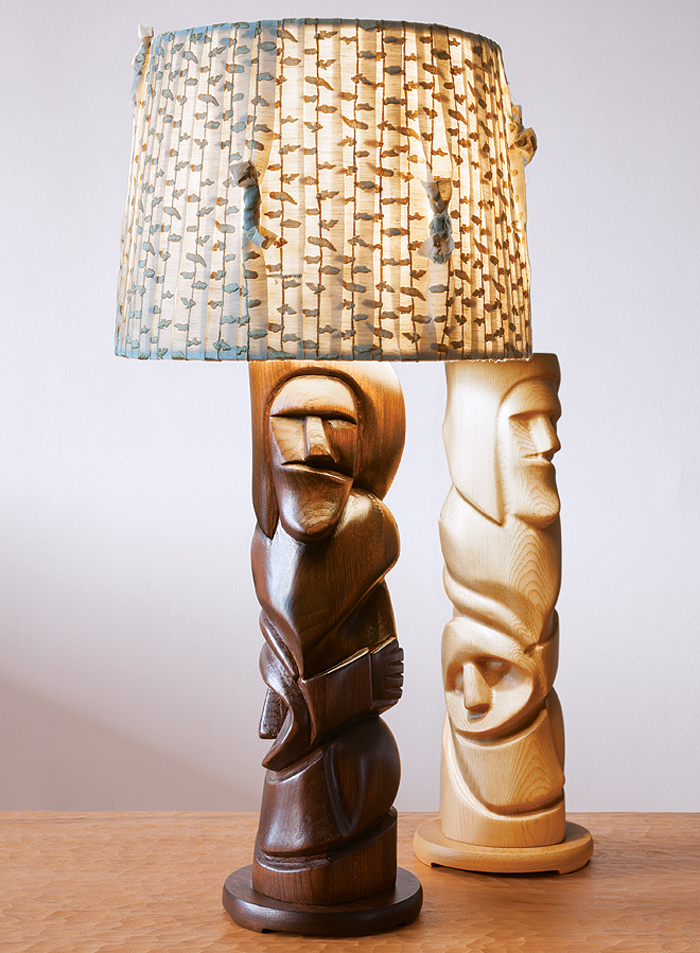 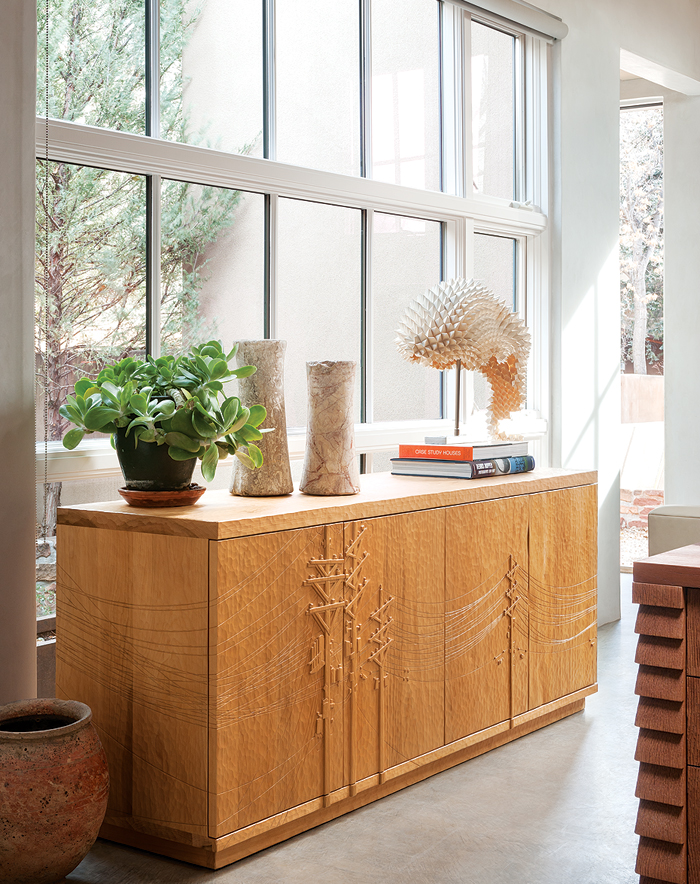 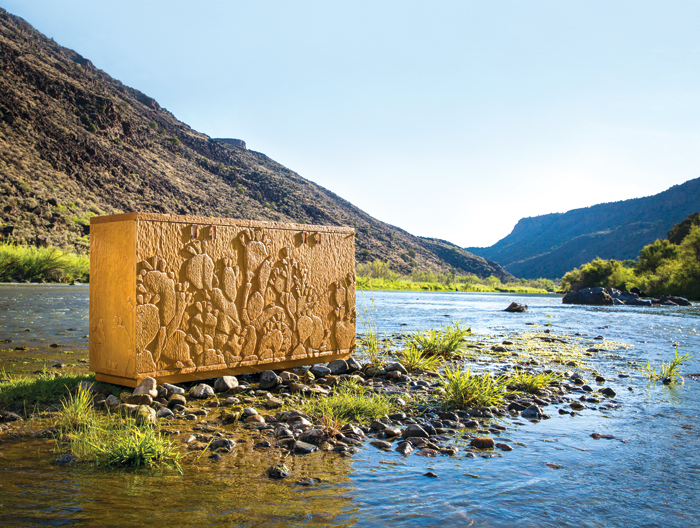