In 1988, Dutch designers William Brand and Annet van Egmond made a grand entrance into the international design scene with the debut of their first lighting sculpture, "Chandelier."

Fast forward to today. In addition to unveiling dazzling new collections of handcrafted fixtures at Milan each year, the duo’s achievements include illuminating the 76th Academy Awards in 2004 with their “Hollywood” chandeliers, creating pieces for film stars and royalty, and publishing their first book, Lighting Sculptures, to coincide with the 20th anniversary of their eponymous company. 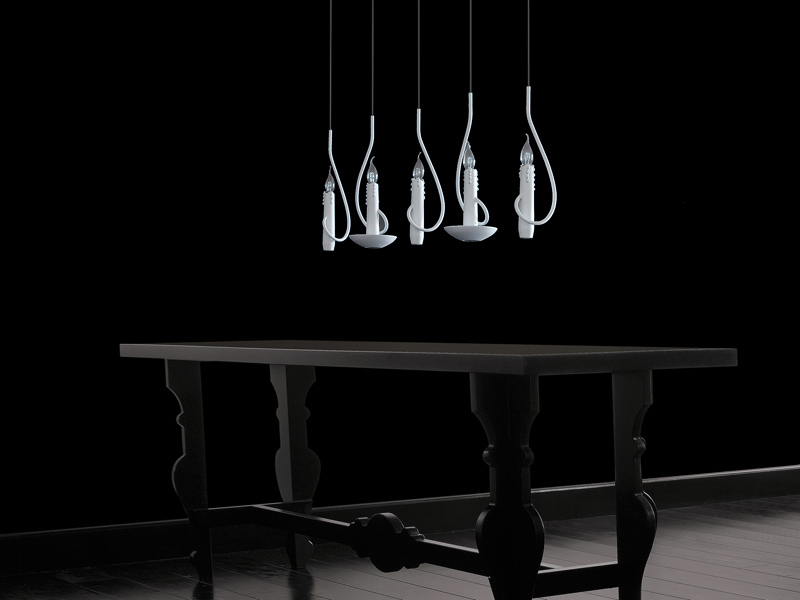 While Brand Van Egmond has grown considerably over nearly 25 years, its principals have stayed true to their original intent: to create art without restraints.

“We started in my parents’ garage, making our lighting sculptures with our own four hands,” van Egmond recalls. “What we create is not an idea but a soul product. We like to dream and sketch and make a piece from beginning to end.” 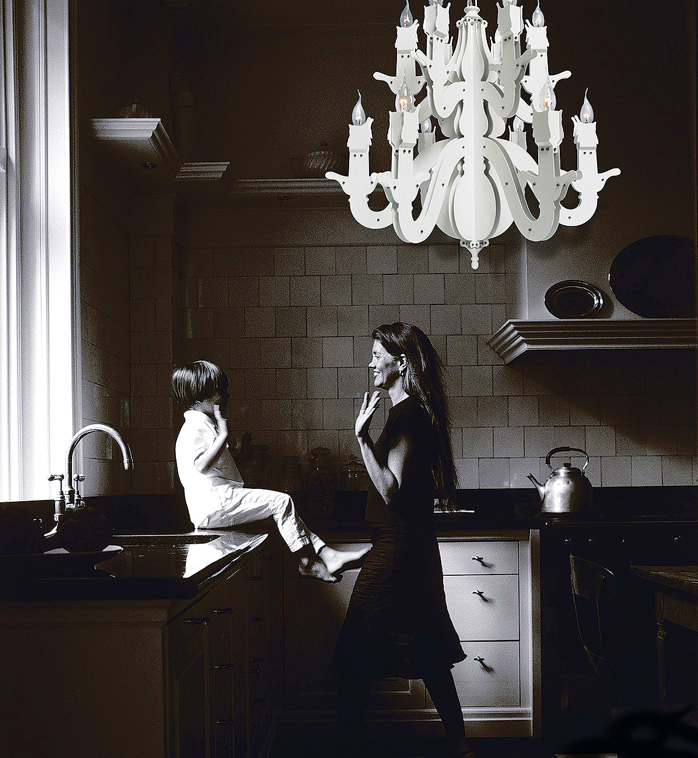 This hands-on approach is evident in the designers’ workshops, where Brand and van Egmond personally train their team of welders, and experiment with materials and colors just as a fashion designer plays with fabrics. “We’re making haute couture lighting,” van Egmond says.

The design duo—self-described minimalists—doesn’t envision their outside-the-box fixtures in equally extravagant spaces, but rather as the focal point in a room. “It should be eye-catching, but it should also relate to the space,” van Egmond explains. 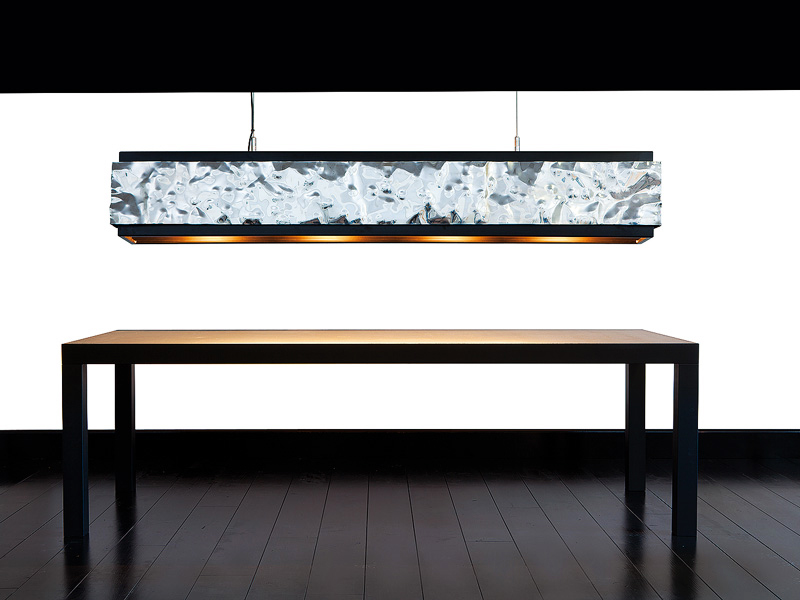 From the company’s beginning, each new design has been shaped by its own story. “We draw inspiration from nature, music and even history—it could be a speech by Winston Churchill,” van Egmond says. The new Table d’Amis collection, for example, was inspired by candlelit dinners with friends, while the Crushed Cover lamp evokes the purity and tranquility of water. And the ultra-glam Diamonds from Amsterdam collection takes its cues from diamond-encrusted rings. 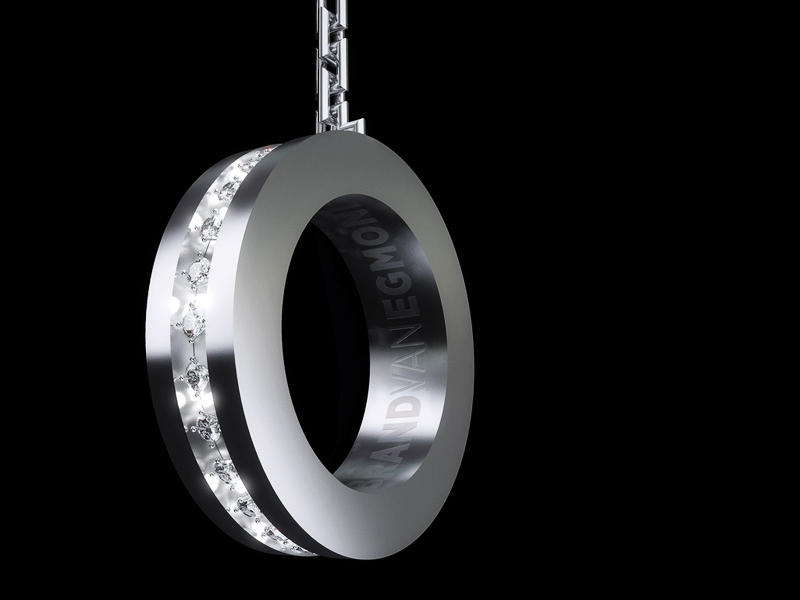 Lately, the pair has also been drawing inspiration from collaborations with other artists. First up was Dutch designer Richard Hutten, who created the frisky new “Pin-Up” lamp. “We intend to work with different designers,” Brand says. “Not only furniture designers or lighting designers, but people from a totally different discipline. A car designer or a fashion designer, or maybe even a sculptor or painter.”

Adds van Egmond, “We like that Brand van Egmond is a brand with different designers. We like to use the best ingredients from all worlds.”

This article appears in the January-February 2012 issue of Mountain Living.
Categories: Artists & Artisans