Midcentury Modern in the Mountains

This story was co-written with the homeowner

A decade ago, Tricia and Don were in Massachusetts and decided to go on an unusual house tour. Instead of featuring the typical Revolutionary War-era homes  scattered throughout their historic community of Lexington, this tour included houses from three neighborhoods that were developed during the post-World War II baby boom of the early 1950’s—quintessential mid-century modern designs.

Don grew up in such a home in one of those neighborhoods. After touring homes in the areas of Peacock Farm, Five Fields, and Moon Hill, they began to more fully understand and appreciate what made these houses such a departure from other neighborhoods of that era—such as Levittown on Long Island, and countless other suburban enclaves springing up all over the country at that time. They especially noticed the way the houses were sited to suit each lot, not lined up along the street. Other appealing features were large, shared multi-purpose spaces, smaller bedrooms and private areas, oversized windows connecting indoor and outdoor spaces, and the use of stone and natural materials. They were struck by the clever way that prefab components were used in different configurations to make each house feel unique. When they were fortunate to find a rare forested infill lot in a quiet neighborhood in Evergreen, Colorado, they began to envision translating this mid-century sensibility to a mountain environment. 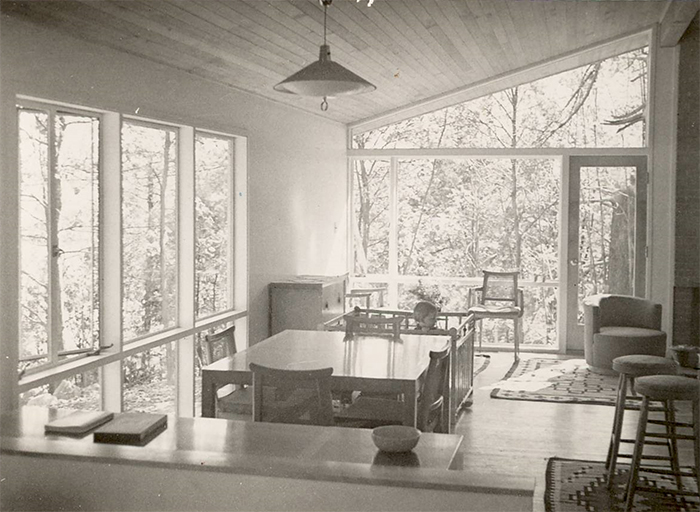 In addition to a modern sensibility, it was important to create a home that made sense for a retired couple with frequent guests and occasional large parties. One-level living, easy access from the driveway, convenient storage, a kitchen and large pantry, a sense of spaciousness, and a large private area for guests were on their wish list. Orienting the house to make best use of the sunlight was also key. 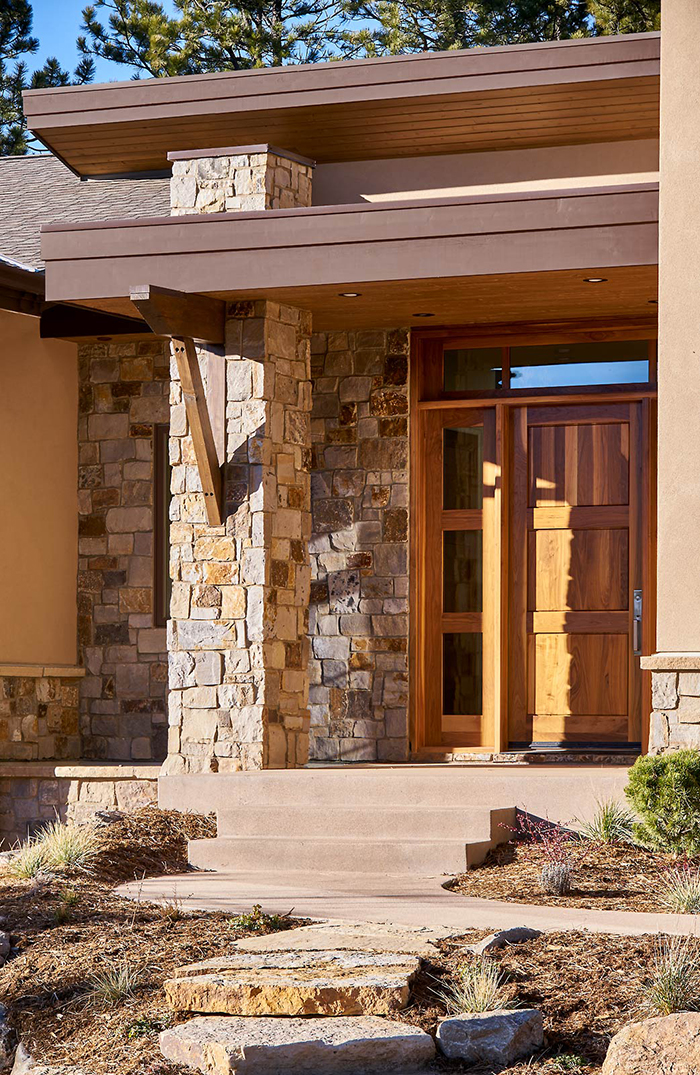 Tricia and Don worked with a skilled team including architect, builder, artists, and designers to bring their wish list to life. High ceilings, large thoughtfully placed windows, a southern exposure, and a glimpse of high mountains all bring the outdoors in while preserving privacy. Even interior spaces, including the master closet, pantry, and laundry/mudroom are illuminated by nearby windows, and every space feels connected to the surrounding pine trees and sky. Vaulted ceilings throughout the house, some rising to 15 feet, contribute to the open spaciousness. Outdoor patio spaces are sheltered from sun and rain by roofs featuring cedar ceilings and detailed oversized beams. The house stretches diagonally along the lot, making full use of the gentle slope to achieve a walkout lower level, which houses the guest area. 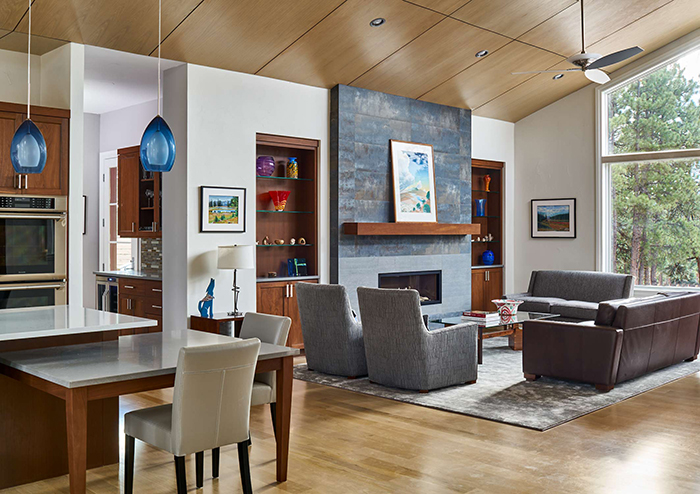 The main level features white oak flooring, a paneled wood ceiling in the main living area, custom walnut doors and cabinets, and understated, textural ceramic and quartz surfaces. Personal touches are provided by unexpected pops of color on walls as well as artwork, including a custom stained-glass panel in the entry. Uniquely custom areas of the house include the large walk-through pantry with separate prep sink and freezer, the owner’s private skylit art studio, a master bedroom with a private deck that feels like sleeping in a treehouse, a bunk room with private lockers for visiting grandchildren, and a cozy “Away” room next to the master bedroom. Thoughtfully designed storage includes a “stop-and-drop” and bench area in the mudroom, open pantry pullout drawers, a large desk area near the studio, an expansive buffet in the dining area, and an oversized master closet. In addition to bedrooms and bathrooms, guest accommodations include a small kitchen area, a guest laundry closet, and a play nook under the stairs. 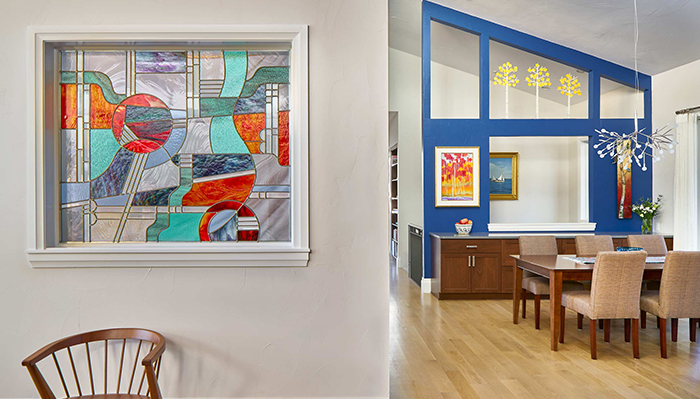 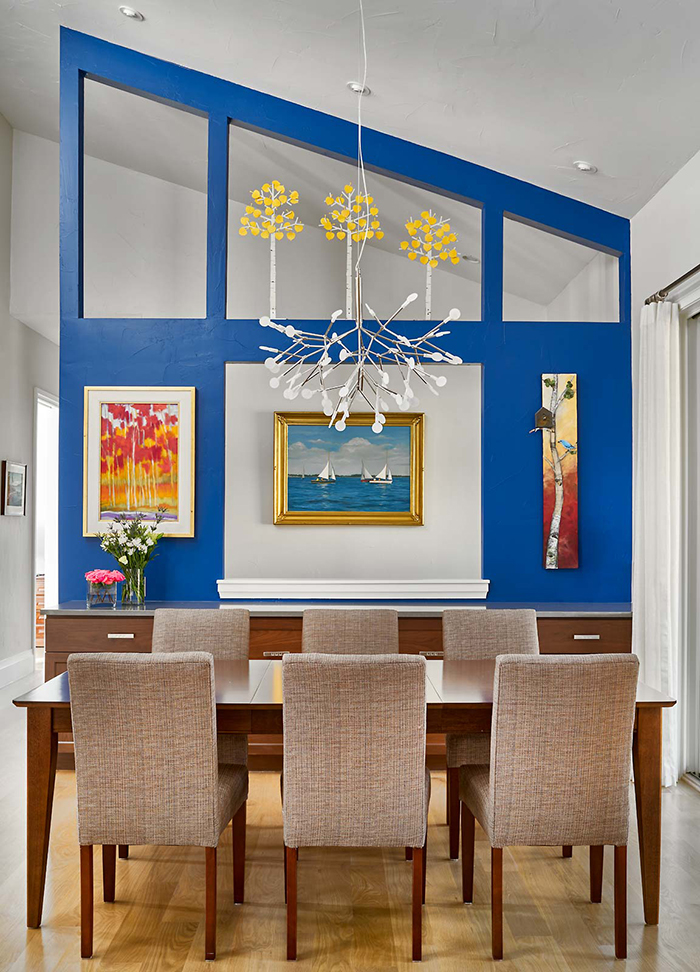 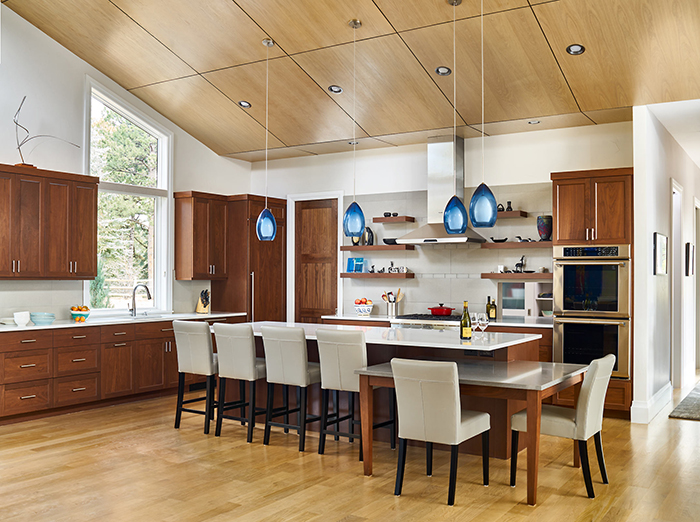 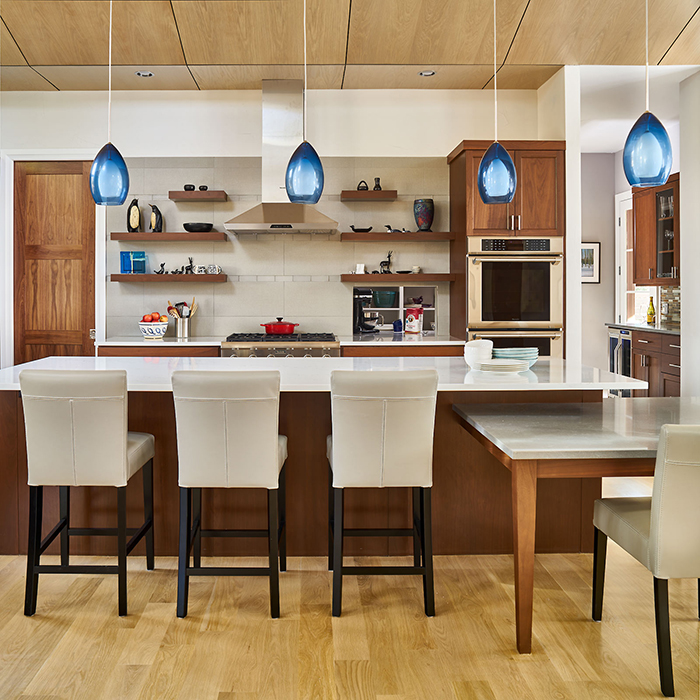 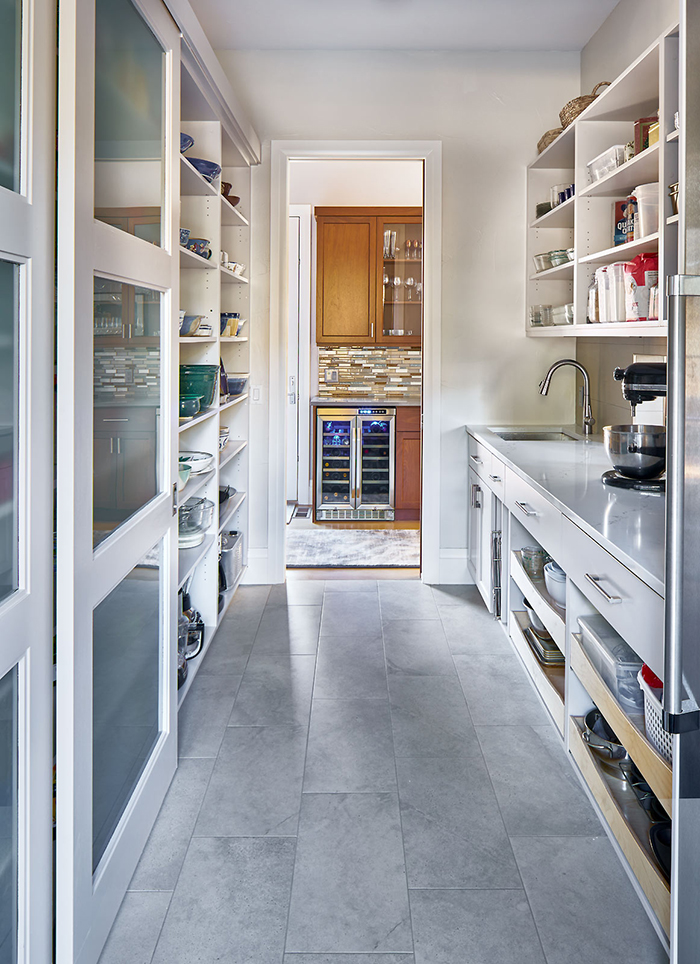 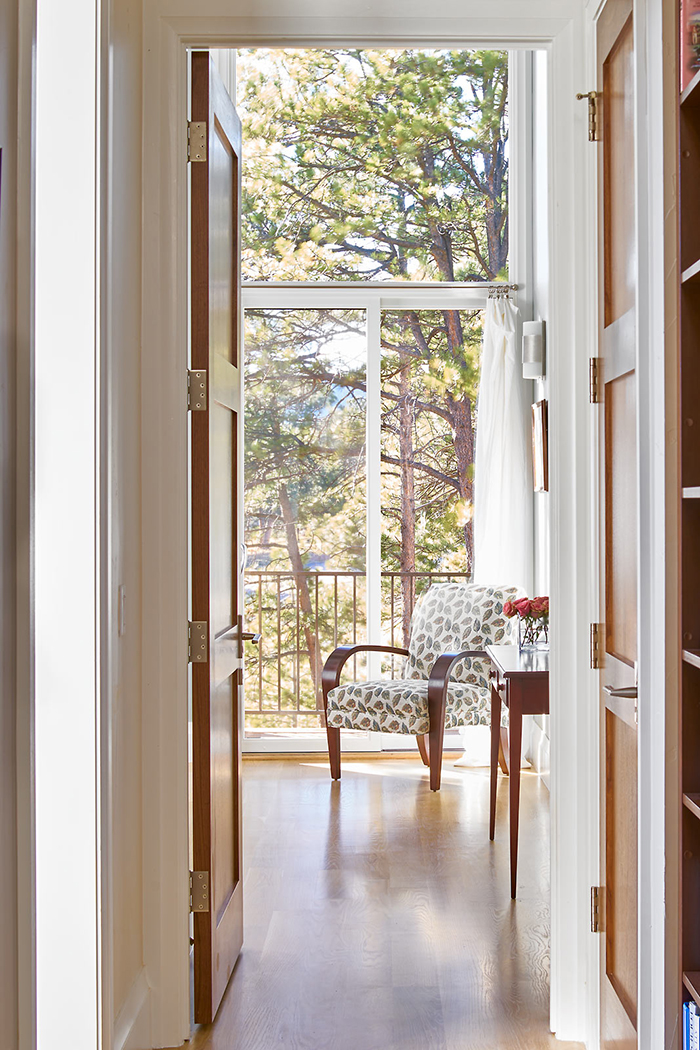 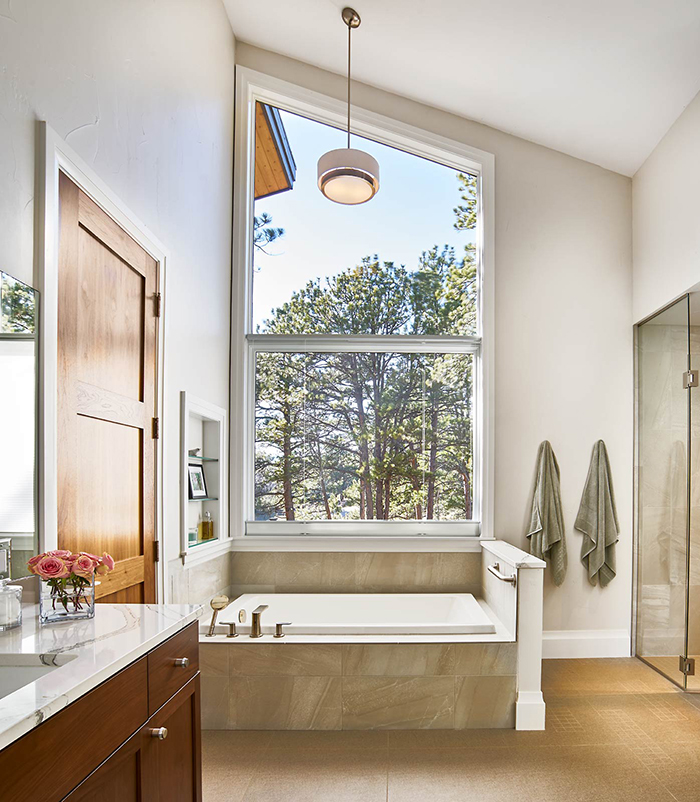 This unique home combines the sensibility of an updated mid-century modern design, perfectly adapted to its mountain location, with the flexible practicality and livability of a well-designed custom home.

Karen Keating is a principal at TKP Architects, an award-winning architecture firm based in Golden, Colorado. View TKP's profile or contact them at (303) 278-8840.