Michael Eastman: Master of the Moment

Michael Eastman isn’t afraid to try new things. Graduating from college in 1969, he had no idea what he was going to do—until he started taking pictures. Describing his younger self as “kind of an ADD hippie,” Eastman was impatient to teach himself as much as possible about photography. And when he got stuck on a technical problem, he simply picked up the phone and called Ansel Adams for advice. “He was wonderful,” Eastman recalls. 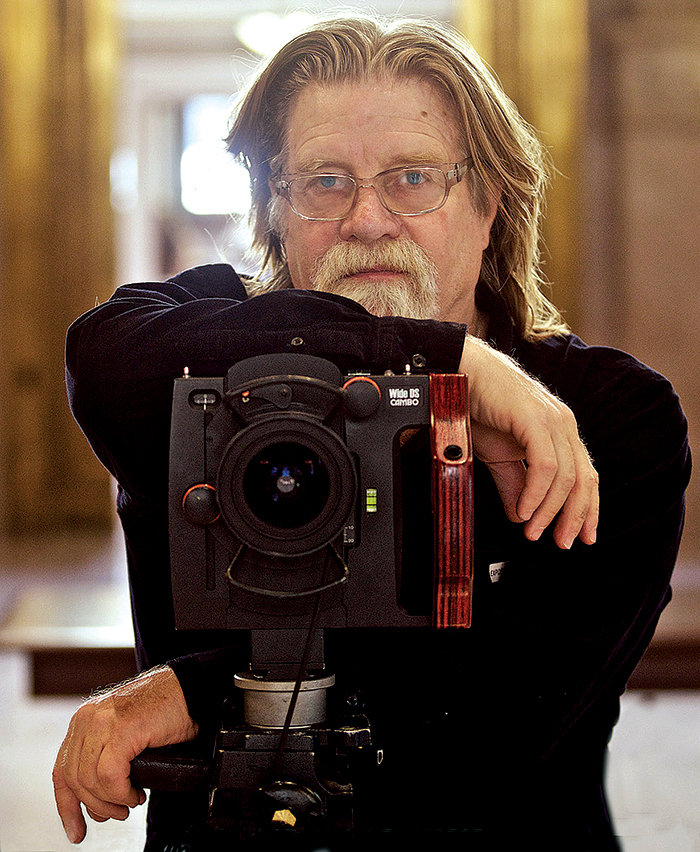 Portrait of the photographer with his trusty camera, by Lou Bopp.

The first time he traveled out West from his home in St. Louis, Eastman was awestruck. “I had no idea what to do with this landscape,” Eastman confesses. “So I started shooting the ground. And I kept pointing the camera up towards the sky, and moving back. I’ve been doing that ever since—learning as I go.” He sees his landscape photos as meditations. “You feel insignificant compared to this grandeur that is in front of you, and there’s something that’s sort of reassuring about that,” Eastman says. “The things we think are so important are really so tiny compared to this world that we live in.”

Over the years, Eastman has become a connoisseur of skies. “When it’s blue, it’s just a blank,” he says. “There’s no emotion, no anything.” Ominous clouds gathering turbulent energy are more to his taste. “I love dark, dark skies because there’s a narrative in them in terms of what’s coming,” he says.

And it’s that edge of dramatic tension that makes his images so compelling. Eastman admits, “When the landscape is especially dynamic, I’m in the moment in a way that I am few times in my life.” 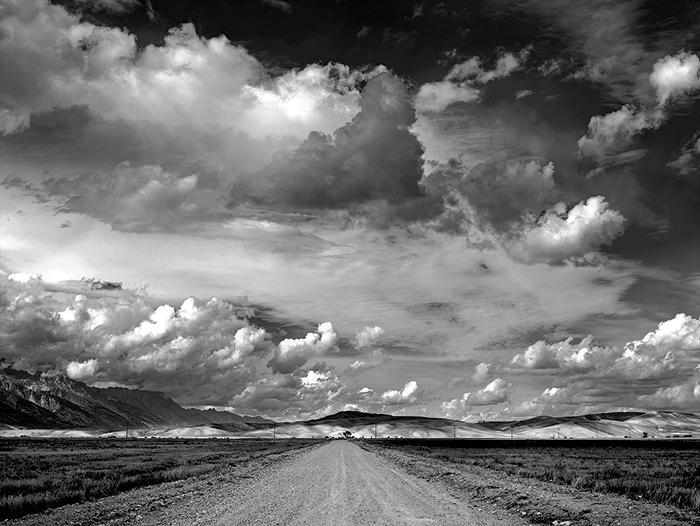 Along with the landscapes and his highly regarded photos of architectural interiors, Eastman is renowned for his sensitive portraits of horses. “Everybody had taken pictures of horses, but not many had really approached it as an animal with a soul,” he says. Eastman finds his subjects at a local boarding stable. “The horses choose me,” he says. “They’re just regular horses—nothing particularly special or beautiful.” He often snaps shots while he’s lying on the ground looking up, because he likes the way the horses appear heroic against the sky. Eastman records their complex expressions—thoughtful, fearful, or anxious—in hopes of expanding the viewer’s understanding. “These are creatures that have a full range of emotion and intellect,” he says.

After almost 50 years as a photographer, Eastman is still excited by challenges. “I’m always experimenting,” he says. “And I’m always full of ideas.” 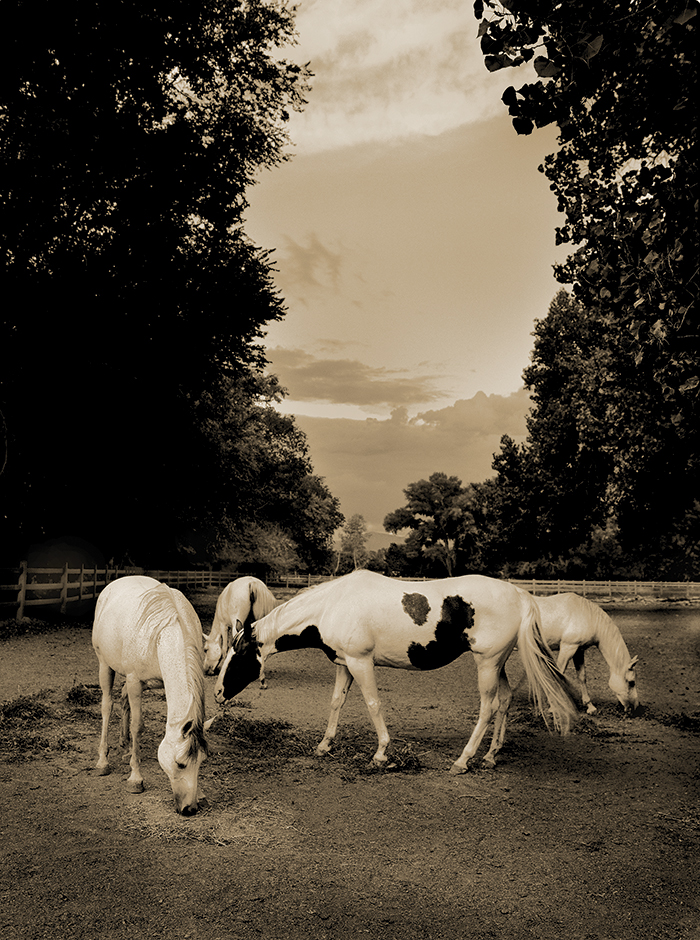 Eastman wandered through the horses with a handheld camera. “It was really freeing to be there,” he says. The horses watched him; he watched them—and they got to know each other. “I wanted really ordinary ones,” Eastman says. The photographer’s extraordinary empathy transforms each horse into a noble creature. Horses #040, inkjet print on watercolor paper, 55 x 44 inches, from the Horses series. 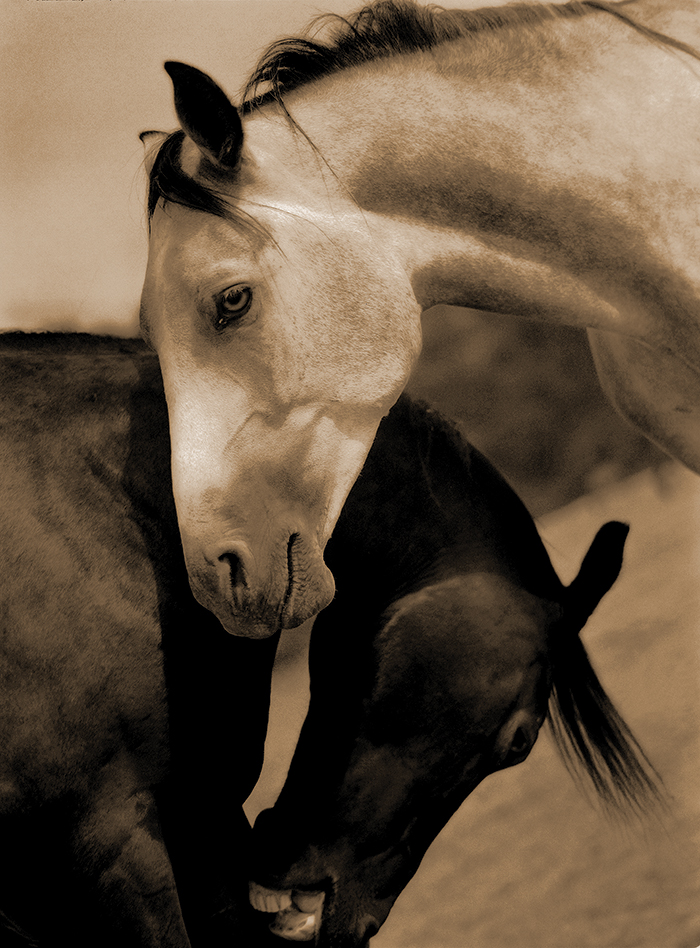 Eastman came to know and love the horses at his local stable, devoting himself to conveying their "spark for consciousness." "It was sort of animal awareness, and also just beauty," he says. The warm coloration of Eastman's horse images was inspired by Edward Curtis's historic sepia-toned Indian photographs. Horses #143, inkjet print on watercolor paper, 55 x 44 inches, from the Horses series. 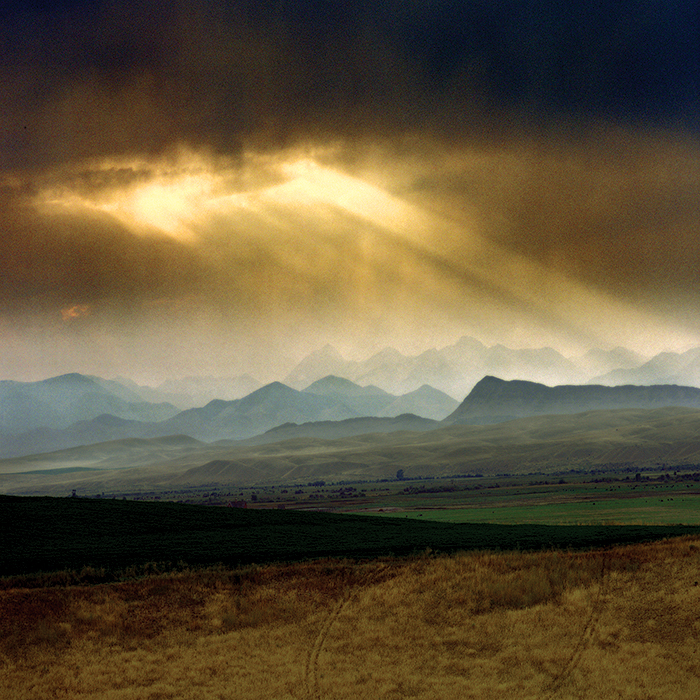 Near Dillon, inkjet print on watercolor paper, 44 x 44 inches, from the Landscape series. 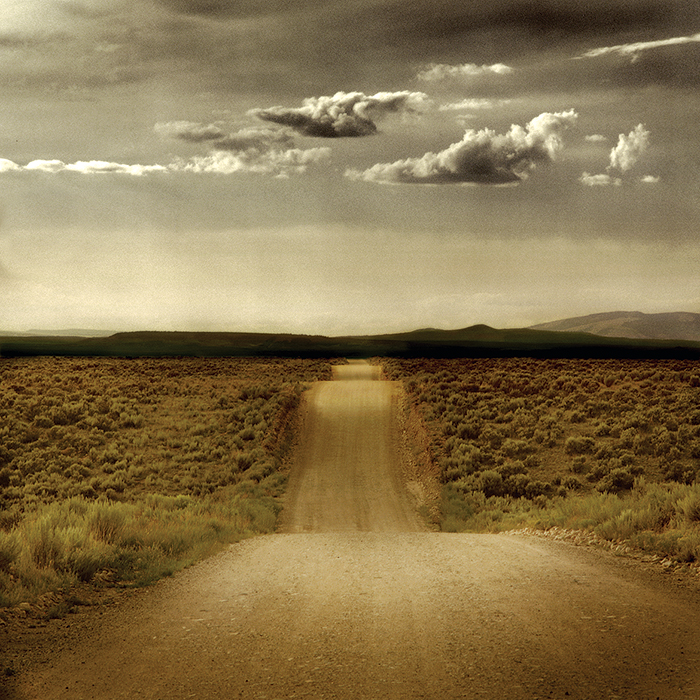 See more of his work at eastmanimages.com.