If you’re big on Rocky Mountain travel, festivals and events, you may have heard of HeidiTown, the one-stop blog for all things fun and outdoorsy in Colorado. Well, the Mayor of HeidiTown, Heidi Kerr-Schlaefer, is joining MountainLiving.com with The Heidi Guide, a weekly in-depth look at Colorado-focused destinations and happenings.

We recently sat down with Heidi (and lunched at Door 222 in Loveland, one of her favorite eateries) to learn more about where her love for the West and festivals comes from.

What’s your story—Where did you grow up, and how did you get involved in blogging?

I grew up in the Pacific Northwest, halfway between Seattle and Vancouver, British Columbia. I like to joke that I’m practically Canadian because I grew up so close to the border. I have degrees in political science and philosophy. Although I’ve always loved to write, I didn’t consider that a career move. Instead, I was planning on becoming a lawyer.

I met my husband out in Washington; he was from Colorado. I had been to Colorado twice and had fallen in love with it. In 2000, we moved to Denver where I worked in insurance defense and planning to attend the University of Denver School of Law. I put off studying for my LSATs—and kept putting it off. And then all of a sudden I had an epiphany three years in that I didn’t want to be a lawyer!

At this point we had moved to Northern Colorado to live in a smaller area. We bought a house in 2003, and I thought about going back to school. I had always loved to write, so I started doing a newsletter for a non-profit organization. Then I was hired as a writer for a small newspaper in 2006.

In 2007, I started HeidiTown.com because everybody said in the mid-2000s that if you’re a freelance writer, you really need a blog. I always say that my freelance career and my blog grew up together. I started writing for magazines a few years after that. And then the blog kept growing.

Originally, HeidiTown was a review blog. I reviewed movies, books and restaurants. I was kind of all over the place, but I had an audience in each of those areas. 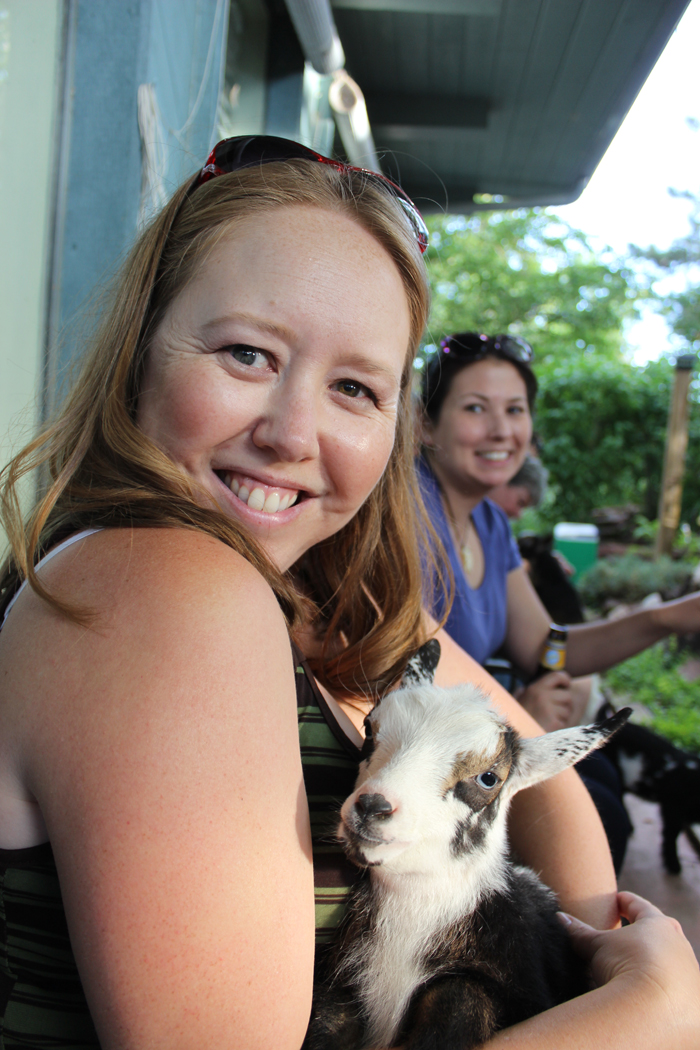 How did you decide to focus on Colorado events and festivals?

I grew up going to festivals; my dad went back to school when we were little, so my parents were always looking for free, fun stuff to do.

I reviewed a few festivals and thought to myself, “You know what? I really need to find a niche. I need to concentrate on one thing.” And so, in May 2010, I ended up saying, “I’m just going to concentrate on Colorado festivals.” And within three months, I watched the hits go up. It was very organic. I sort of stumbled into doing something that no one else was doing. There was a need and interest in it. And it really blew up.

What makes a good festival, and what has been your absolute favorite over the years?

I always say that you need to do three things for a successful festival: 1.) create an ambiance, 2.) secure a good location, 3.) have a smart layout.  Creating an ambiance is harder than you think. If you’re going to host a German festival, there better be polka music playing. When I talk about layout: there’s a good flow to the event. For example, don’t put the porta-potties next to the beer line. It’s just little tiny things like that people don’t think about. And no one will think about it when they’re there unless it’s done wrong.

The Biergarten Festival in Morrison does all three of those things really well. My husband and I have been going for about five or six years. We usually spend about five hours there. We don’t even do much—just drink beer, get up and do a polka, and watch people. It’s definitely one of my favorite summer festivals.

What has been your favorite thing about governing HeidiTown?

I find people to be fascinating. Every single person has a unique and interesting story, even if they think they don’t. I get to meet the most interesting people in my travels—some of the farmers I’ve met are absolutely fascinating.

What’s your favorite place in Colorado?

I cannot answer that. Everywhere I go becomes my favorite spot at that moment in time. I’m not lying about that; it really does. It’s impossible for me to choose a favorite because I think wherever I am is my favorite.

I covered the High Plains Snow Goose Festival in Lamar, and I was blown away by southeast Colorado. We think of it as being this dust bowl, but it was beautiful! And the history there is phenomenal. So wherever I’m at, that’s usually my favorite spot.

Describe the kind of content that you’ll be writing for Mountain Living.

The Heidi Guide is a chance for me to dive a little bit deeper into specific areas I’ve gotten to know. The best burger I ate in Breckenridge, perhaps. I've been to many locations more than three or fours times now, and so I’ve really gotten to know a lot of Colorado towns. My biggest hope with everything I do is to promote the state. I hope that what I do is going to inspire people to get out, be weekend warriors and leave their comfort zone. If you go to Breckenridge every single time you go to the mountains, maybe you’ll check out a different town that I blog about. Maybe you’ll make the trek to Telluride or Ouray or Hayden.

Take a gander at Mountain Living's The Heidi Guide!