On January 26-30, 2016, the 26th Annual International Snow Sculpture Championships in Breckenridge, Colorado, commenced—and our own Loneta Showell, Art Director of Mountain Living magazine, was one of the five people charged with the difficult task of judging the contenders from around the globe.

Just to give you an idea of the scope of this competition: 250 teams from around the globe were invited to compete, and only 16 teams were selected to compete with hand tools for 65 hours across five days to create a snowy masterpiece. From those 16, four teams were awarded.

The amount of work that goes into each sculpture is mind-boggling, says Showell. “The artists work so hard; they work for days on end, so you want to respect all of the work they did. And the sculptures are so different from one another in content and in the way they're executed that it's just not apples to apples. It's apples to pomegranates."

Judging criteria included four categories: technical ability (how hard was it to build; how much risk taken to build it); creativity; visual impact; and adherence to their original sketch. "Fifty percent of it was based on the technical challenges," Showell says. "The event is described as a sport competition and an arts competition in one—so much incredible technical planning and execution is crafted for four days before the competition even starts. And then the artistic aspect comes into play. To know the amount of work that goes into it and the skill required to do it—it's amazing! Not to mention beautiful and fun."

Check out the winners below! Or even better, see them in person: Sculptures remain on display in Breckenridge through February 7, 2016. 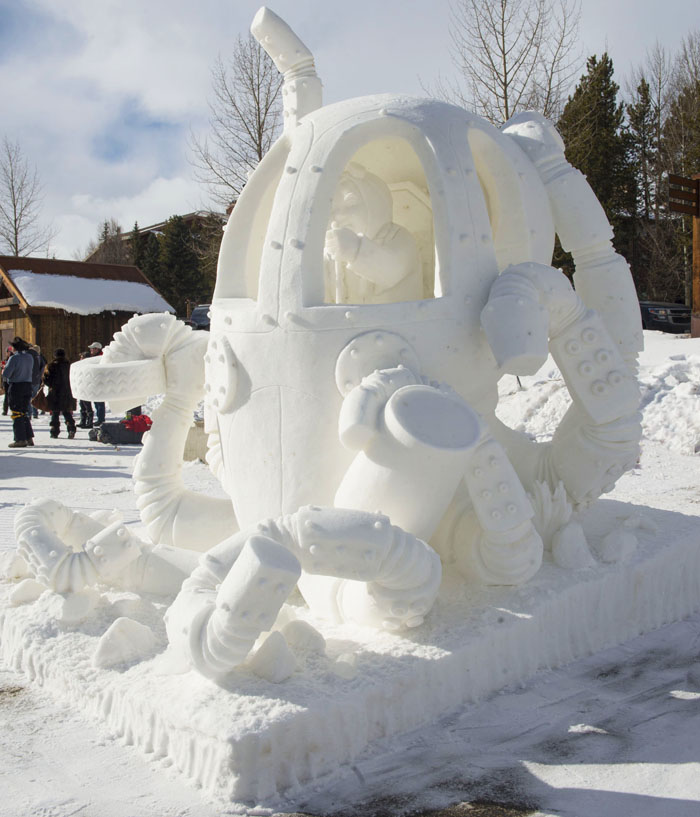 TEAM USA – VERMONT
"Rhonda and Her Recycling Robo-Octopus"
This piece depicted the team’s fictional character, 14-year-old science whiz Rhonda, riding inside her invention, the Robo-Octopus, which helps clean the ocean floor. Judges appreciated the piece’s achievements both technically and conceptually, and the appeal for audiences on multiple levels. “It had all of these tentacles coming up completely unsupported, which required a lot of technical skill,” says Showell. “Out of all of the sculptures, it was completely rendered in 360 degrees; at any point you looked at it, there were so many rivets and details. It was really whimsical and fun—it just made me smile. It was the whole package; it had all the creativity and technicality.”

On top of that, the creative sculpture also painted a bigger picture. “It was a machine built to pick up trash from the bottom of the ocean,” Showell adds, “so it was also talking about a larger issue, but not in a beat-you-over-the-head kind of way.” 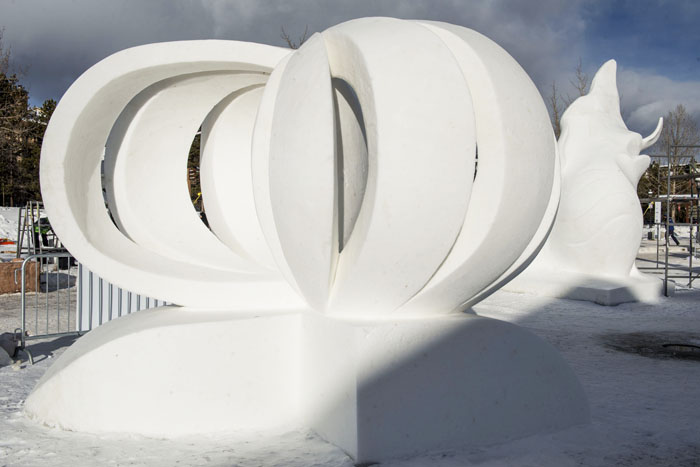 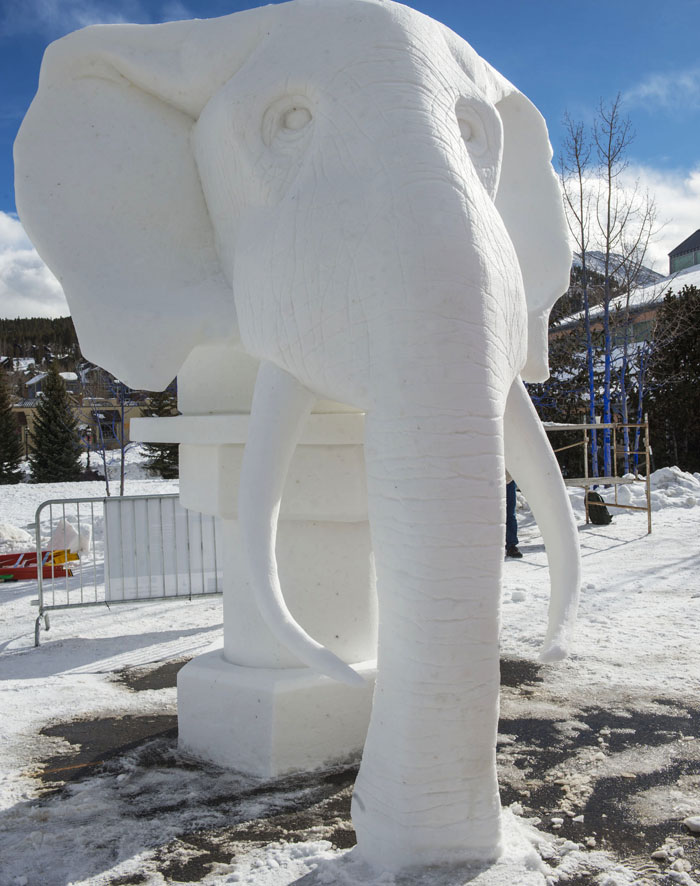 TEAM USA – Loveland
“Bolting from Extinction”
This piece rooted in the idea that nature does not know extinction because it only knows transformation. 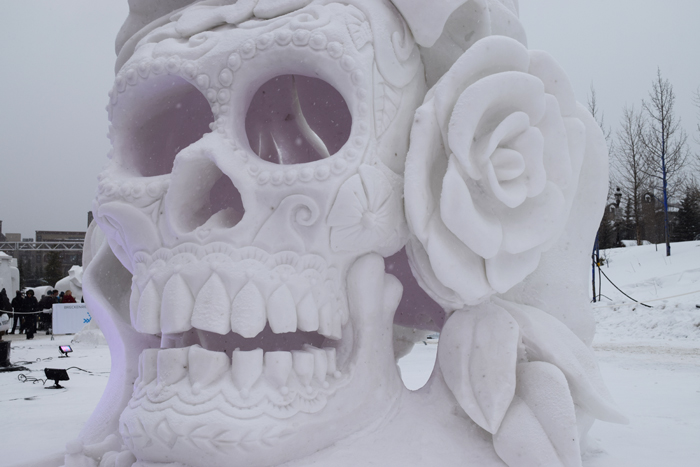