Ernest Hemingway made his first trip to the West in the summer of 1928 to Sheridan, Wyoming. He wanted to escape the “squalation” of a crying baby, as he called it, after his second wife Pauline gave birth to their son Patrick, and to find a place he where he could put the finishing touches on his novel A Farewell to Arms. 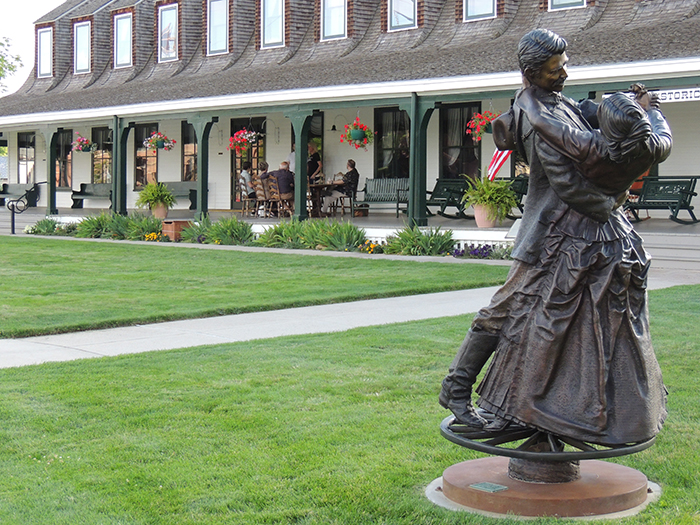 A friend recommended Folly Ranch in the Big Horn mountains, so Hemingway drove his Model T up a rutted red gravel road, called “Red Grade” by locals, to the ranch—only to find that 12 teenage girls were staying there as a camp experience. In need of solitude, he escaped back to town, to the Sheridan Inn located across the street from the train depot. This inn was famous for Buffalo Bill Cody’s Wild West Show auditions held on the front porch (it has recently been remodeled and is a fabulous place for travelers coming to Sheridan). 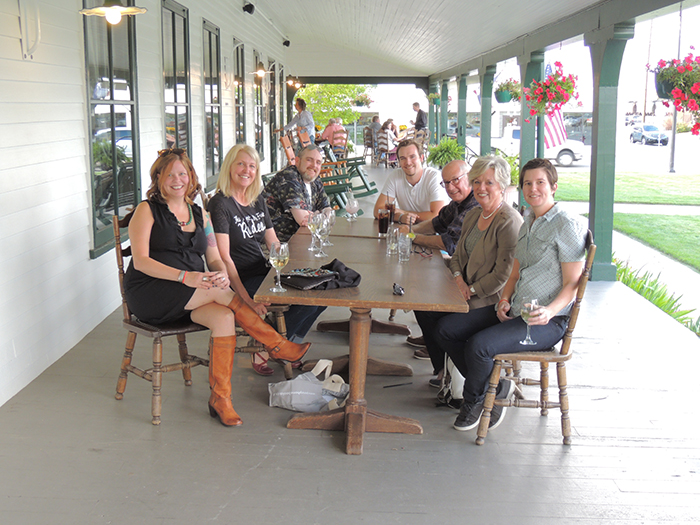 In late August, Hemingway picked up Pauline—who was joining him for a vacation while she left the baby back home with her family—at the Sheridan depot and they traveled up Red Grade to another dude ranch, Spear-O Wigwam. Today the ranch is owned by Sheridan College and can be rented by groups with educational purposes. 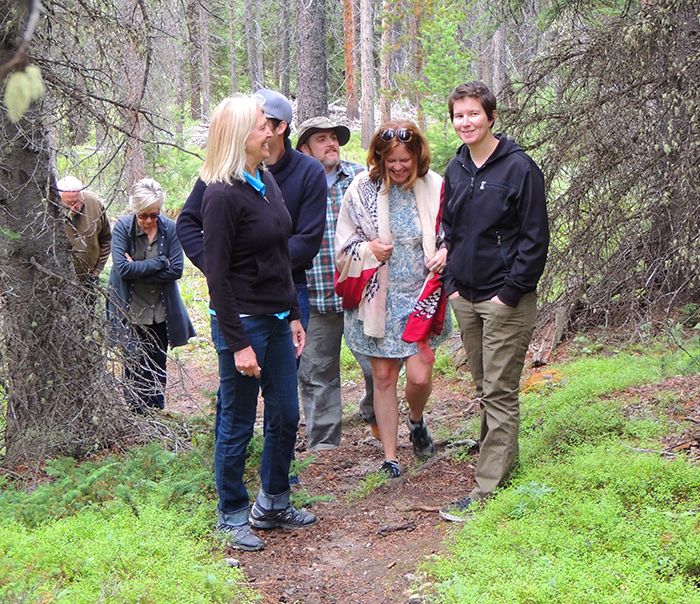 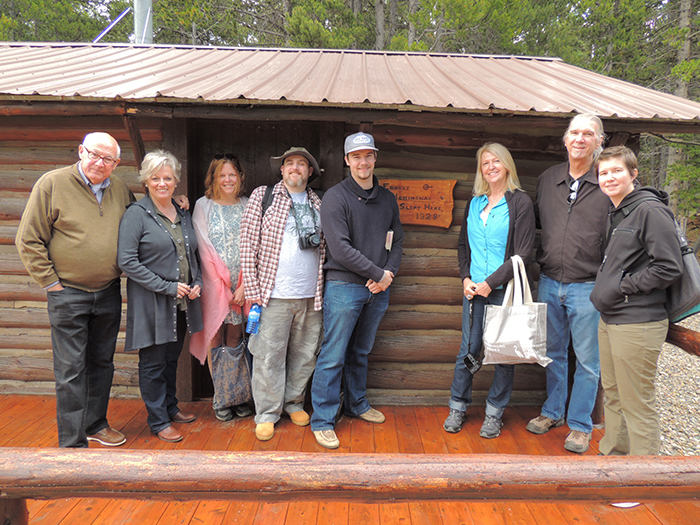 The writer in front of Hemingway's Cabin 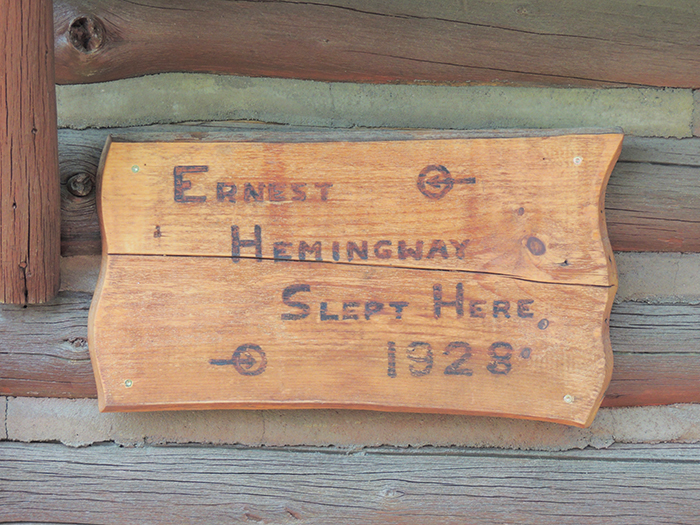 I hosted the Wyoming Writers Retreat there recently, a group of Hemingway-inspired writers. We took turns getting our picture taken in front of Hemingway’s desk. We read Wine of Wyoming, his short story inspired by his visit about bootleggers in Sheridan; and we finished up the weekend with drinks on the grand porch of the Sheridan Inn Hemingway-style.