Usually locally harvested willow or poplar, these designs are inspired by natural forms

In both business and personal matters, Mario and Cathy Costantini are no strangers to leaps of faith. In fact, they were married on the first day they met. “We were in a philosophy class together during our last semester at Marquette University,” Mario recalls. “On the first day, the instructor asked me and Cathy to stand and he married us in class as an exercise in function of language. We started dating within a week or two.”

Before officially tying the knot four years later, the newlyweds took an entirely different leap of faith together: They started an interior design company. Mario, a pre-med student, had a gap year while preparing for medical school, while Cathy, a French major, was working in international banking. “So we thought, why don’t we start a business?” Mario says. “It’ll be fun,” Cathy recalls thinking.​

At 23 years old and with limited knowledge of design, they began crafting interiors for law firms and commercial restaurants, where they saw a demand for rustic handcrafted furniture. The son of Brazilian immigrant parents who owned an upholstery business, Mario had some knowledge of furniture construction and sewing, so the couple decided to shift their company’s focus to furniture design. La Lune began with a 25-piece collection of chairs and tables inspired by drawings from Native American and Spanish cultures.

“One of our very first clients was Ralph Lauren; he saw our line in a showroom in New York and wanted some of our furniture for his home in Montauk,” Mario says. “That’s when we thought, maybe this could work.”

“We’re a company that’s about the past. We’re about continuing the tradition of making furniture the rustic way it was made for hundreds of years.” — Mario Costantini

Now, La Lune has evolved into a 600-piece collection of heirloom-quality furniture and textiles—including dining and coffee tables, chaises and rocking chairs, distressed leathers and even dog beds. Each piece is designed by Mario and crafted by a small team of carpenters in their Wisconsin-based production facility, while Cathy oversees marketing and advertising.

Despite their company’s significant growth in its 35 years, the Costantinis’ commitment to eco-friendly design and rustic style is unwavering. Their collection is made from fast-growing, invasive wood species like poplar and willow—which are harvested locally in order to bypass transportation emissions—and each design is inspired by arboreal forms with natural bark, knots and wood grain left in tact.

“We’re a company that’s about the past. We’re about continuing the tradition of making furniture the rustic way it was made for hundreds of years,” Mario says. “Especially in an age of mass production—to continue to keep this art alive by making each piece by hand, that has a big appeal to us.” 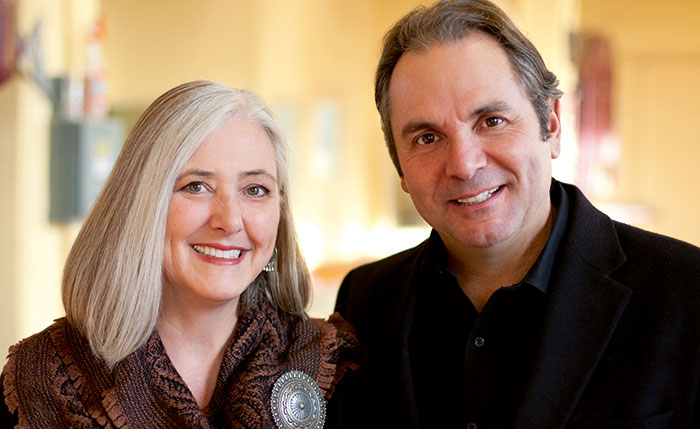 College sweethearts and business partners Cathy and Mario Costantini. “Not only are we in business together, we share an office, and in fact, a desk,” Cathy says. “It’s just our way of life.” 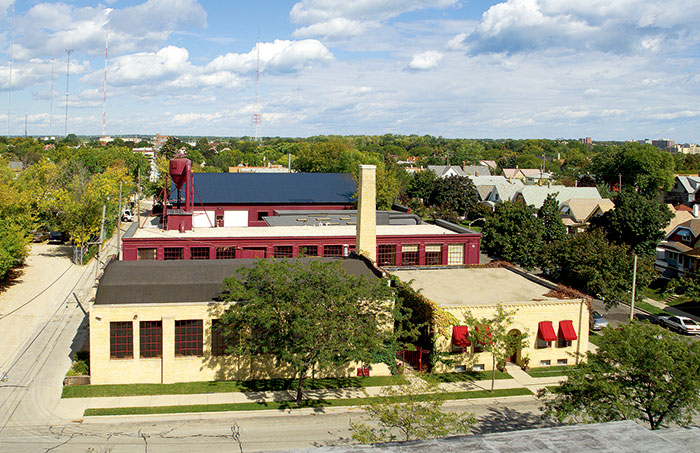 Each furnishing is handmade in La Lune’s restored Milwaukee, Wisconsin-based factory, which the Costantinis bought in 1986 “against everyone’s advice,” Mario says. “It was an abandoned factory in a rough neighborhood at the time. I remember my attorney saying it was the dumbest thing I ever did.” 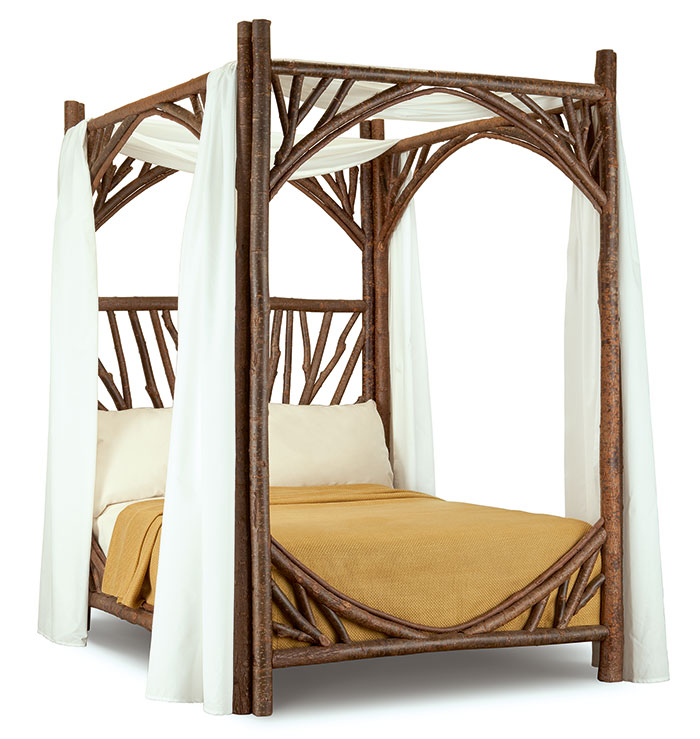 “Living under thatched roofs and sleeping in a log bed is thought to cleanse the body and soul,” says Mario Costantini. “That was very attractive to us.” 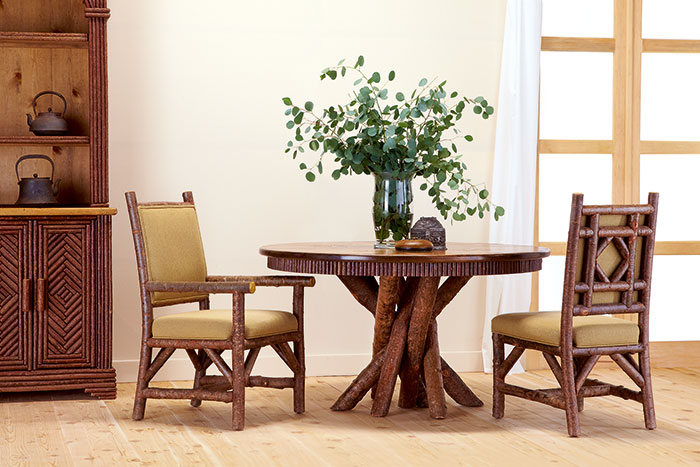 Two diamond-back side chairs flank a rustic dining table with intertwined bark-on legs and a pine top. To the left, a pine hutch with adjustable shelving. 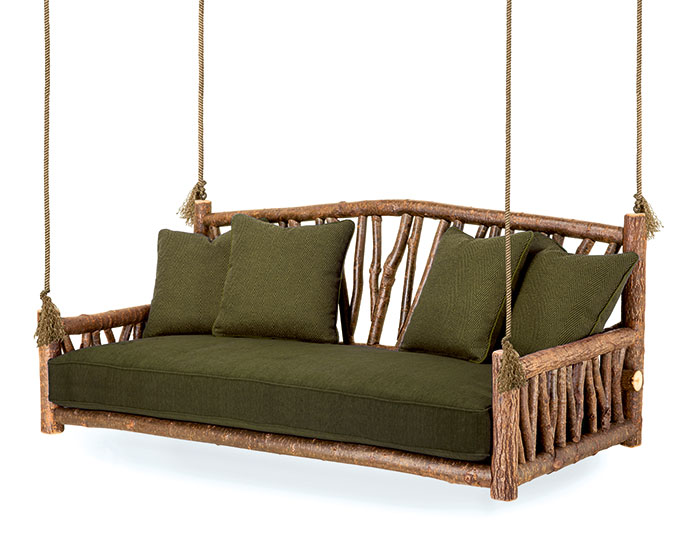 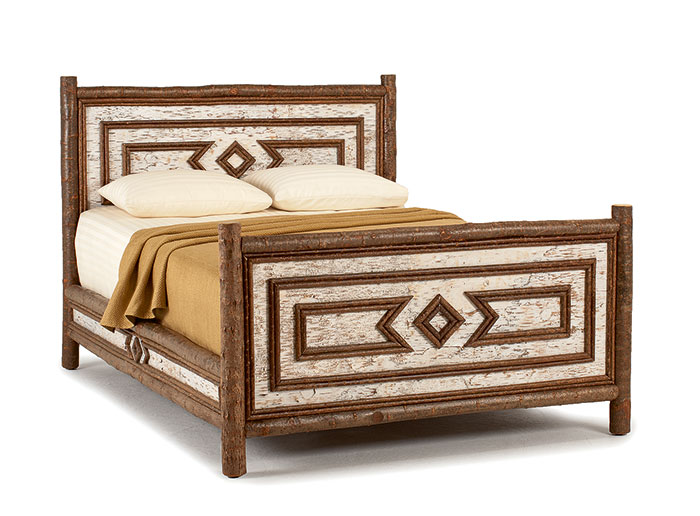 With up to 40 fabric and finish options, the La Lune collection is fully customizable. 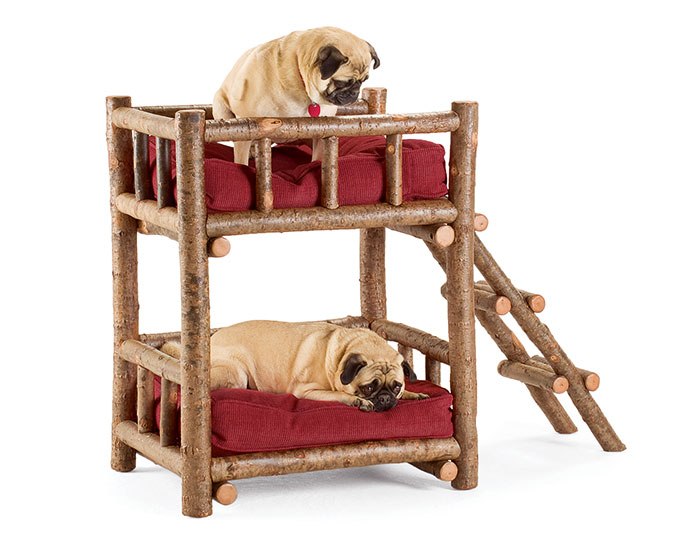 La Lune offers seven styles of handcrafted dog beds, including the stacked poplar bunk bed with an easy-to-climb ladder for Fido and friends.

The True Personality of an Aspen Home

The Old & New in Leadville, Colorado