Katy Parnello: From Stage to Workshop

For Katy Parnello, who describes herself as a “pretty introverted person,” art is a way to communicate—regardless of the medium. A trained actor and dancer, Parnello got her start performing in off-Broadway productions and TV shows during a 10-year stint in New York City. With her roots now set in the picturesque town of Telluride, Colorado, Parnello divides her time between directing the annual Telluride AIDS Benefit show and her most recent artistic endeavor: creating repurposed wood wall hangings that provide ambient light, which she has deemed “electroliers.” 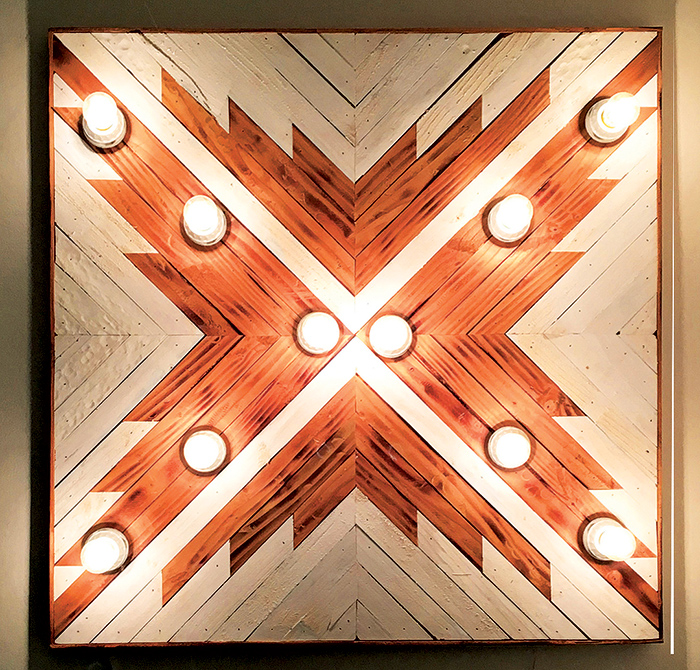 Mountain Living: What shows have our readers seen you in?

Katy Parnello:  I did a lot of stage acting off-Broadway in New York and some independent TV films that I’m sure no one has seen. I also worked on 30 Rock as Tina Fey’s photo double for a long time, HBO’s True Blood, and Law and Order. 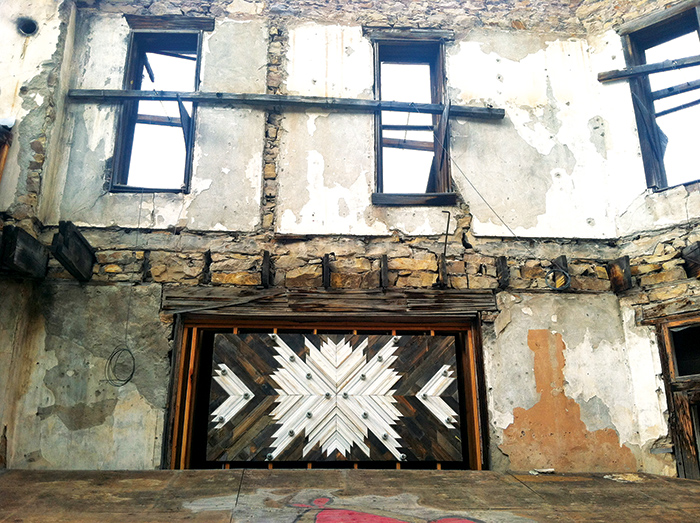 The Skate Fence Electrolier was made from a rickety fence found at a Telluride state park.

How did you get your start in woodworking?

I lived in an apartment that didn’t have a lot of furniture, so I started making it. The first thing I made was a kitchen table. The lighting in the kitchen was really bad, so I decided to incorporate light bulbs into it. I loved having something that I made that was also functional. Once I filled up all the floor space, I tried my hand at designing things for the walls, and that’s how I started to make art out of wood. 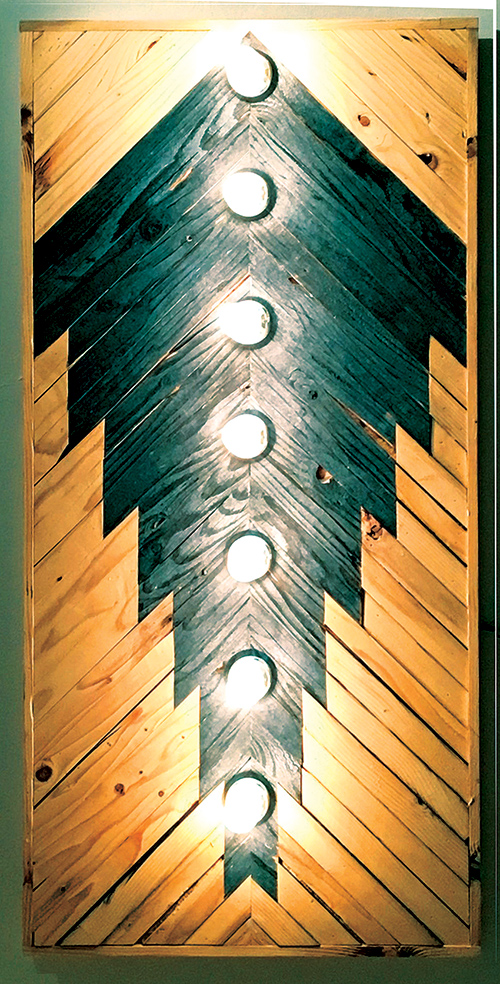 How is each electrolier made?

I don’t usually think about the wood pattern I’m going to make until I just start making it. I make the design based on whatever materials I have—I like to use old, discarded plywood or barnwood. Sometimes I stain the wood, other times I keep it natural, and then I install the lights. It’s a pretty quick process: Depending on the size, each only takes about two days to create.

Who are your greatest artistic influences?

I come from a very scientific family. My dad and my grandpa were doctors, my brother and sister are both lawyers. I’m totally the middle child; the random creative one. So I think I had to find a lot of my creative influences from outside sources. The people I really admire are actors. Phillip Seymour Hoffman was one. And Tina Fey—she’s such a huge creative force.