It's Play Time in Jackson

The Klares fell in love with Jackson, Wyoming, one perfect weekend during Fall Arts Week—the trees were orange-gold, the sky was a deep sapphire, the elk were bugling, and there was art on every corner. A local realtor mentioned the Snake River Sporting Club, and they drove out to take a look. “As we drove along the Snake River we saw a mama eagle nesting with her two babies and several cow moose in the river bottom. It was totally quiet … except for my wife’s ooohs and ahhhhs,” says Terry Klare with a smile. They toured one of the model homes along Martin Creek and bought it on the spot.

“We are truly a sporting club,” says Joe Cranston, general manager and COO. “We offer anything you can think of doing outdoors—tennis, golf, swimming, hiking or horseback riding for miles on national forest trails.” One of the big draws is an Orvis-endorsed fly-fishing school—instruction in entomology, fly-tying and casting, and the use of the latest Orvis fly-fishing equipment. “We have beginners and seasoned fly-fishers,” says Cranston, “and a lot of couples.” In addition, the activities director can pick you up at your doorstep and take you rafting or to a skeet range or organize an overnight pack trip. 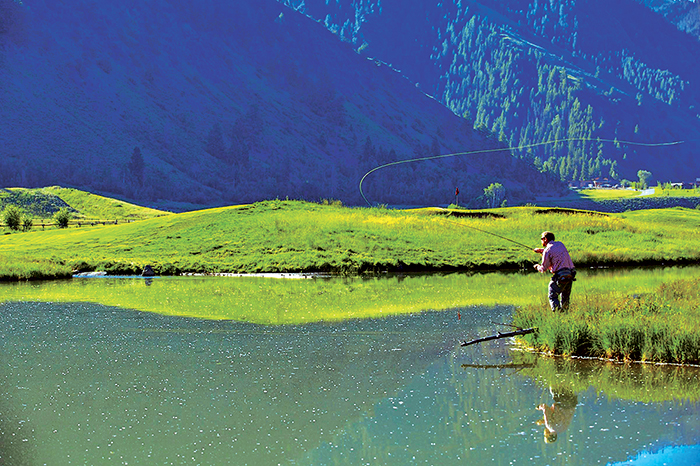 Tucked away on 800 acres at the mouth of Snake River Canyon, the club is right on the banks of the legendary Snake River, adjacent to Bridger-Teton National Forest (nearly 3.5 million acres of undeveloped wilderness), but only 20 minutes from the trendy restaurants and world-class galleries of Jackson. Grand Teton National Park is 45 minutes away; Yellowstone National Park, about two hours away.

The club has 270 members. Some live in Jackson; others have second and third homes all over the world. There are a number of membership options, with dues ranging from $4,000 to $12,500 annually (the golf package is the most expensive). Some members own real estate, but doing so is not a precondition of membership.

Well-appointed accommodations—one- to four-bedroom homes, a rustic-chic fishing cabin right on the river and a hunting cabin in the woods—are available to rent so you can “try before you buy.”

“I walk out my door to fish for trout. I put my golf clubs on my back and walk five minutes to play a round of golf,” says Klare. “If you’re a sportsman, this is perfect.” 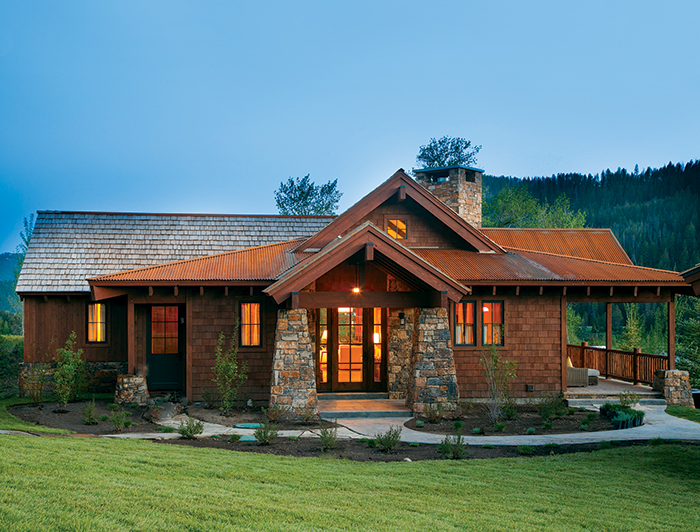 The stone-and-cedar homes are a harmonious fusion of traditional and Mountain Modern styles. Most have views of the golf course and lake; all have expansive mountain views. 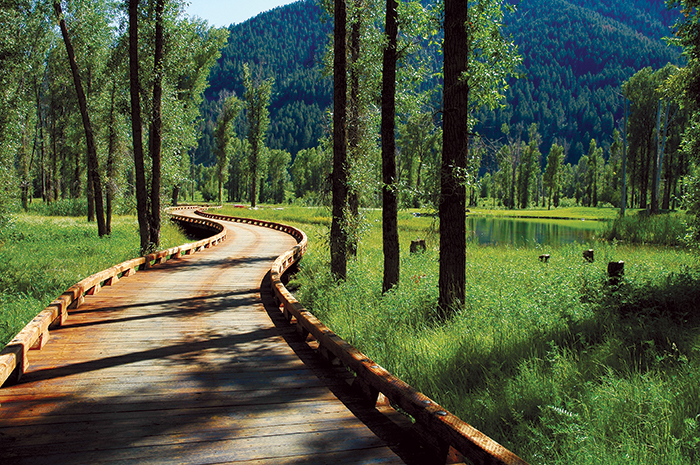 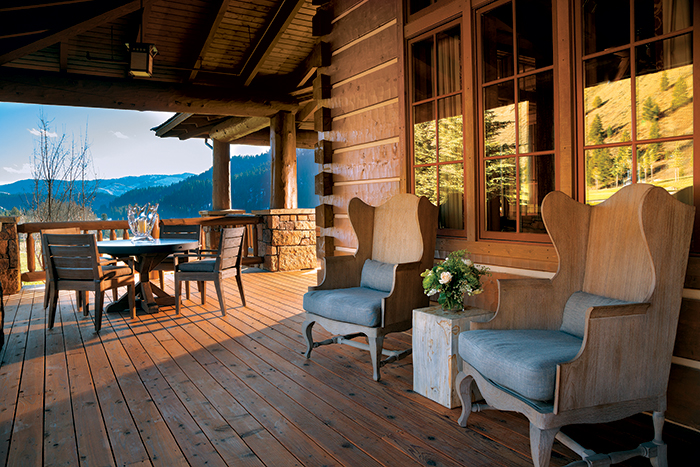 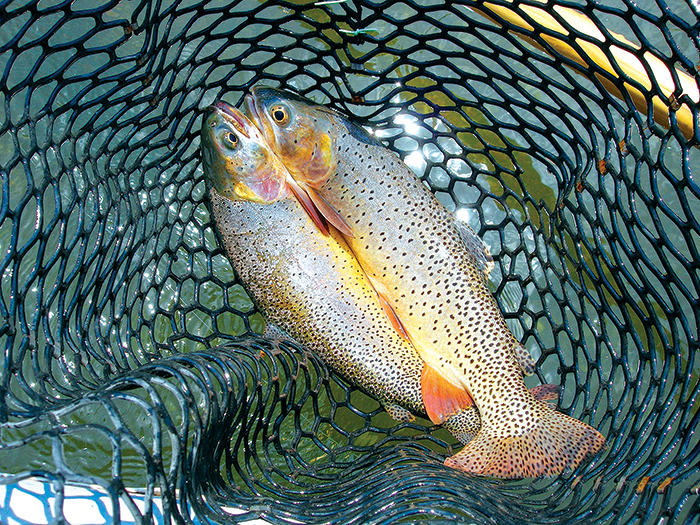 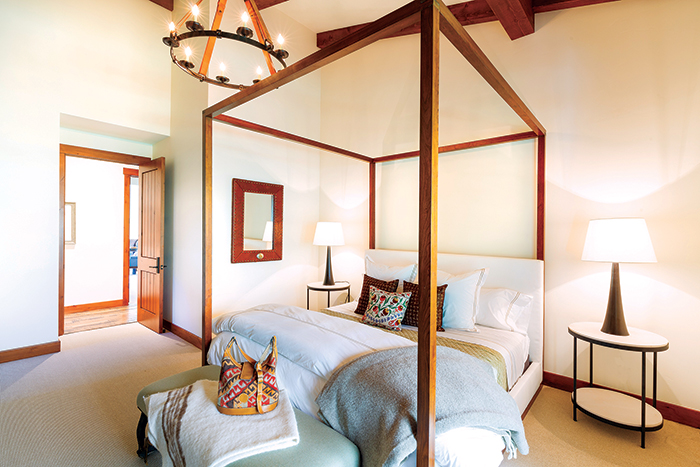 Vaulted ceilings give the cabins an extra dimension of spaciousness. 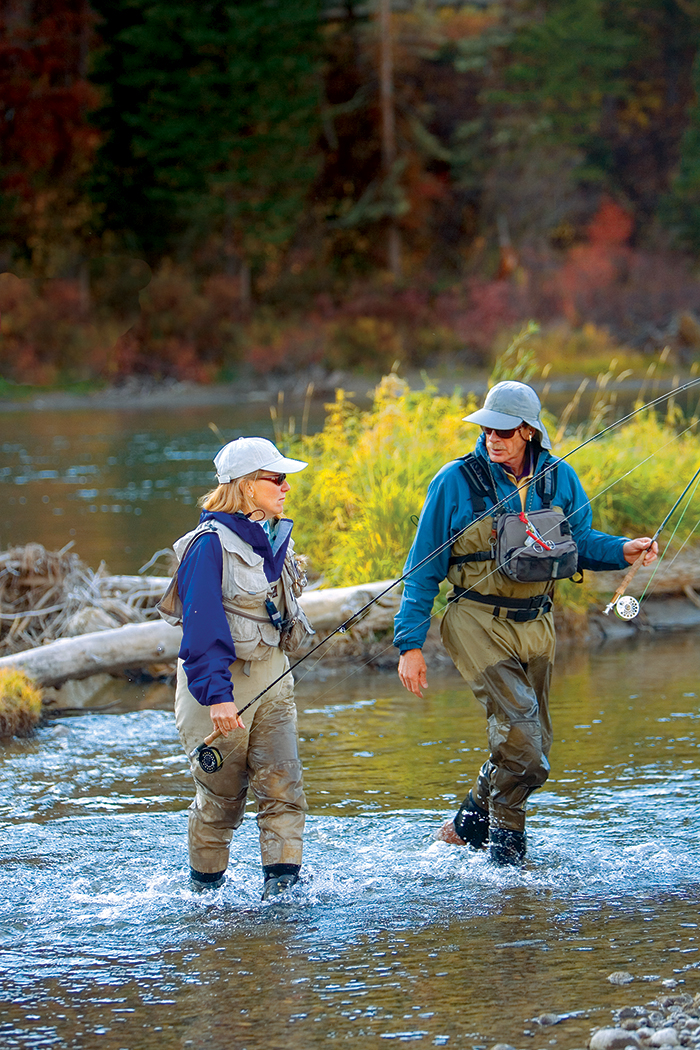 The Snake River is one of the West’s premier fishing rivers. 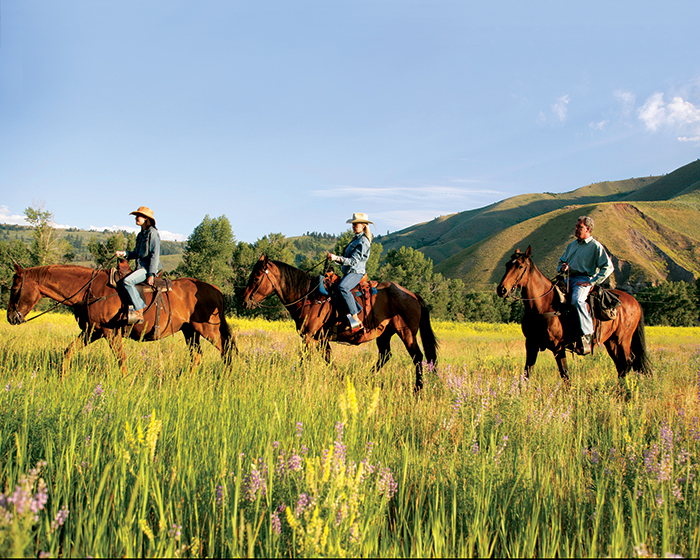 The larger (35+ acres) uniquely shaped parcels of land in the Ranch Estates (the club’s most exclusive enclave) are zoned for compounds that can include a main house, guesthouse, horse barns and stables. 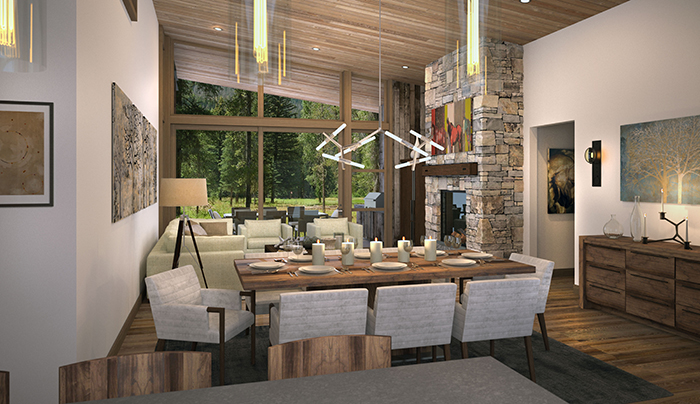 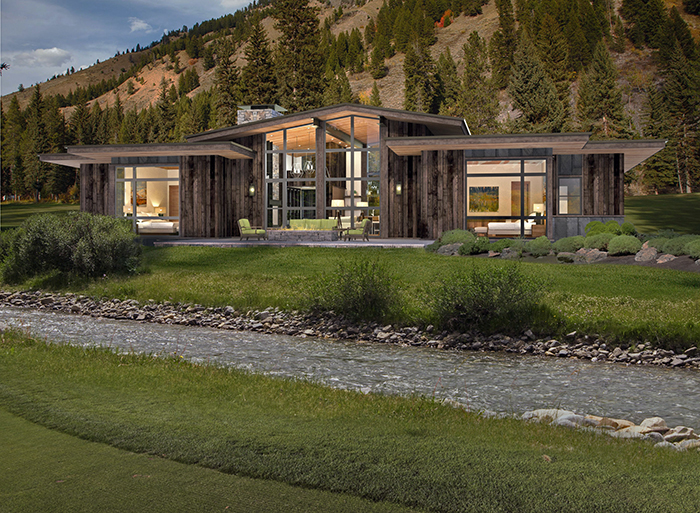 “The National Association of Realtors says that many people start shopping for their vacation home while still on vacation. Bloomberg Wealth Management Magazine notes that Wyoming is the most tax-friendly state in the country,” says Jeff Heilbrun, Snake River Sporting Club’s executive vice president and director of sales. The club offers three distinct neighborhoods, each with its own vibe.

The Lodges:
63 Mountain Modern residences in a master-planned development. Caddis Court Lodges from $2.5 million unfurnished; Fairway Lodges, from $1.4 million furnished by Restoration Hardware. All homes in The Lodges are zoned to permit short-term rentals if their owners put them into the club’s property management program.

The Residences:
One- to two-acre residential homesites in a wooded neighborhood. From $650,000.

The Ranch Estates:
Five land parcels, tucked in among 100-year-old trees. Lots 31 to 105 acres; from $1.5 million. For Residences or Ranch Estates, owners choose from several home plans available through the club or engage their own architect. All quoted prices are approximate. SaveSaveSaveSaveSaveSave