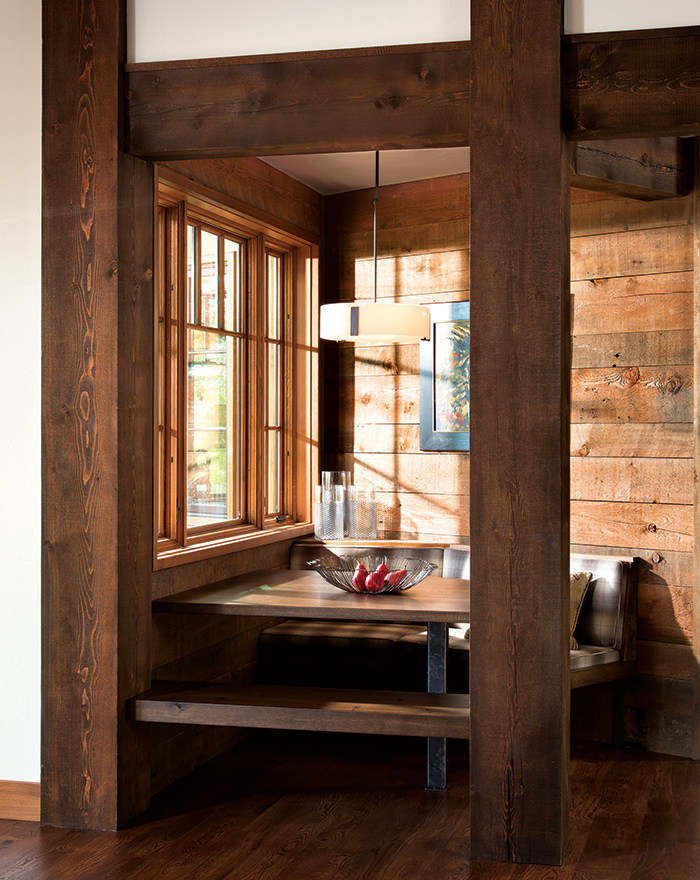 There’s something about a banquette that makes you want to take a seat and get comfy, whether you’re about to enjoy a meal, have a cup of coffee with a friend or tackle routine computer chores.

When choosing elements of the home she recently remodeled, Kate Meyers put a banquette high on the list. “I have been in love with them since I was a kid and a friend of my mom’s had one in her house,” says Meyers, editor in chief at Colorado Homes & Lifestyles (sister publication of Mountain Living).

“There’s something inviting about them, and they are a really fun gathering place,” she says. 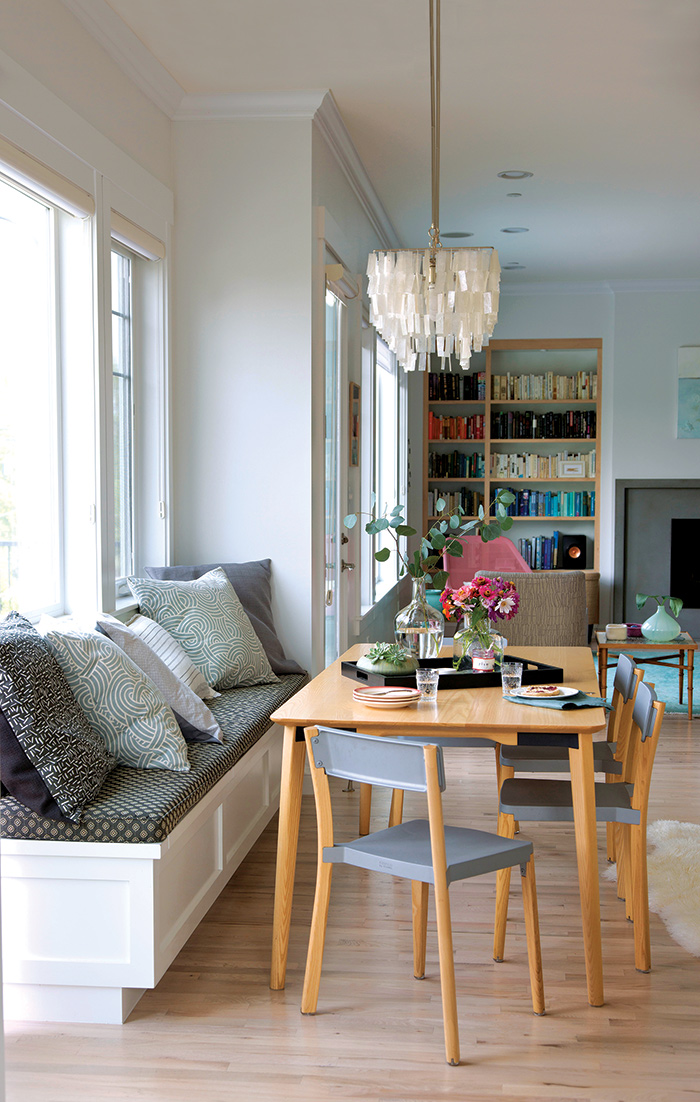 Kate Meyers says she chose the fabric for her banquette for its versatility and durability. Pillows can be changed to update the décor. [Photo by Emily Minton Redfield]

The painted wood banquette in her Louisville, Colorado, kitchen stretches 10 feet along a perimeter wall and is covered with a single long cushion. She chose the gray patterned fabric carefully so that it wouldn’t show dirt or wear, and decorates it with an assortment of gray-and-white patterned pillows. A banquette is also practical, providing storage for items such as linens or kitchen equipment that aren’t in continuous use; Meyers’ has three doors for easy accessto the contents inside.

Allison Arthur, the editor and publisher of the food magazines Dishing Jackson Hole and Dishing Park City, repurposed the banquette in her Jackson Hole, Wyoming, home during a remodel. It had been in the living room, “but we wanted to move it closer to the kitchen, where we cook and eat,” she said. “It opens up more floor space in the rest of the room.” 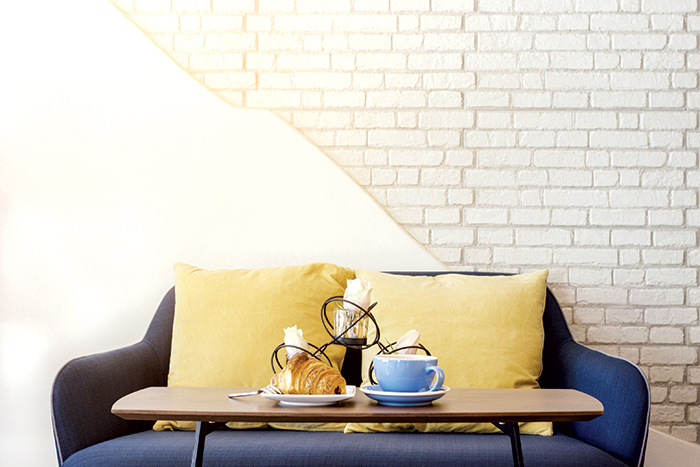 A settee or sofa can be pulled up to a table and function as a banquette, personalizing the space in a way that matching chairs won’t. [Photo by Shutterstock]

Arthur was able to move and retrofit her banquette because her husband has carpentry skills, but she advises homeowners to give careful thought to a banquette’s placement from the outset. Unlike a piece of furniture that can be moved around at whim, a banquette is built into the wall and floor so it will stay put. Also required are the services of an upholsterer to construct the seat cushions, pillows, and if designed for it, a back to the piece.

Arthur chose restaurant-grade faux leather for the upholstery and, like Meyers, had fun decorating with pillows. Upholstery for a banquette can be subdued and blend with the rest of your décor or contrast and make a statement in the room. Bench-style cushions are popular, but so are designs with tufting and other upholstery details on the back of the banquette. Styles are as varied as your decorating taste, from traditional to ultra-modern.

While banquettes tend to be built-in structures, they can also be a freestanding piece like a sofa that is pulled up to a table.

Arthur compares the experience of her banquette to “sitting in a booth or a good table at a restaurant,” she says. “You look out at the rest of your home and enjoy it.”